What started off as a “Top Chef” competition based on the popular television show could eventually produce the first student-developed recipe for Virginia Beach City Public Schools’ cafeteria menu. 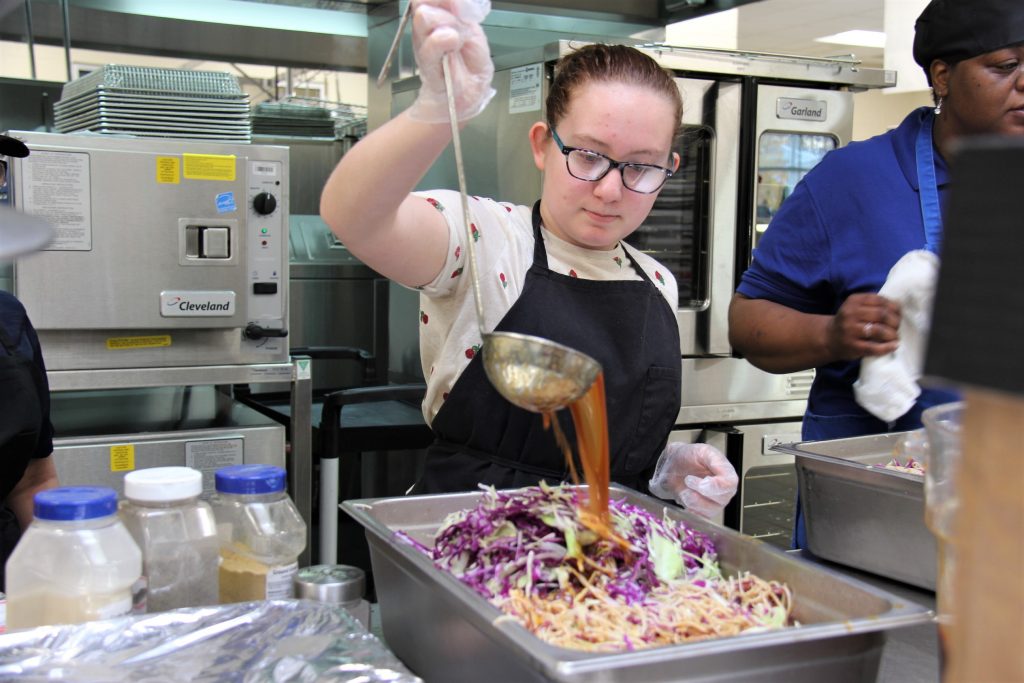 Old Donation School (ODS), which started scratch cooking last year, held their second annual “Top Chef” student competition Dec. 7, and this year’s winning team earned more than the coveted title. Their creation is also in the works to roll out as a “Chef’s Special” menu item at Landstown elementary and middle schools, where the scratch cooking initiative is being tested for the division.

“We never expected to go this far,” seventh-grader Elena Tangredi shared in disbelief. As one of the creators of the winning dish, she and her teammates were busy prepping chicken and other ingredients for the Asian bowl to be served that day to the entire school. 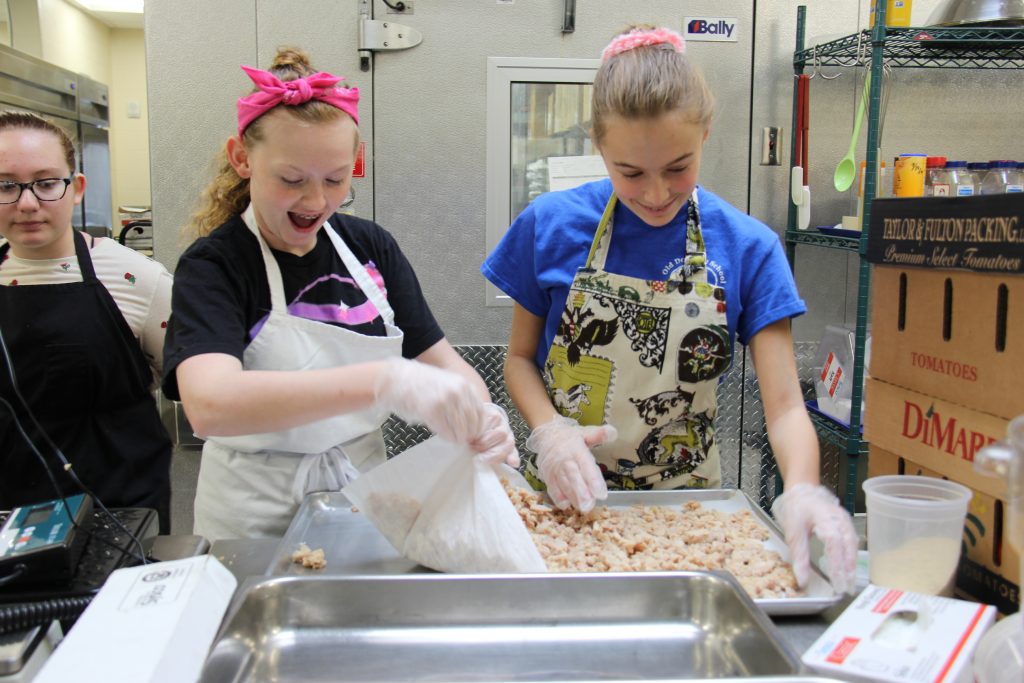 The competition was the brainchild of Rachel Thompson, ODS department chair for health and physical education. She said she thought of the idea when a company came in last year to help with scratch cooking.

“The company was trying to get ideas from students of what they wanted in the kitchen,” Thomson said. “At one point, I was thinking ‘maybe we should just let the students come up with the ideas.’”

School staff and administration embraced the innovative approach and even looked to the students to choose the competition’s name.

Thompson and Chef Poole kicked off this year’s event in October with a presentation to all of the school’s seventh graders, who were told that their meals had to follow strict national nutritional standards set for school meals. Teams of four-to-five students had approximately two weeks to think of their idea and pitch it to the classmates.

“We had to research the health guidelines for our bowl and we also researched different recipes online,” stated Sienna Cruz, another member of the Asian bowl dish team. “We had to figure out how many carbs to put in it and how much sodium could be in it to match the school’s guidelines.”

Each winning class dish then went up for a staff vote, which narrowed the field to the top three: Tandoori chicken, a nacho bowl and the Asian noodle bowl. Students from each of those teams then worked with Chef Poole in the kitchen to test their dishes and serve them to the student body who would then choose the winning dish. 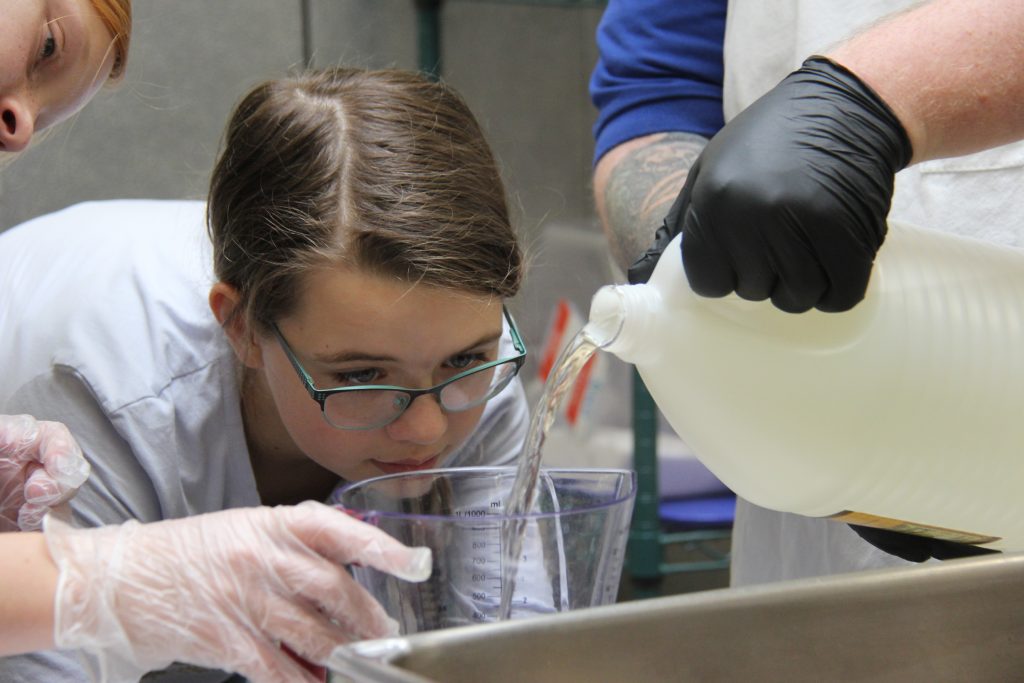 “It was our first time making the Asian bowl,” Melanie Stevenson, another one of the winning team members, recalls. “Chef Poole taught us how to do it and then he let us do it on our own and when we had questions he would help us out.”

Stevenson added that the team wanted to incorporate their own twist on the Asian bowl so they looked to Chef Poole for guidance. 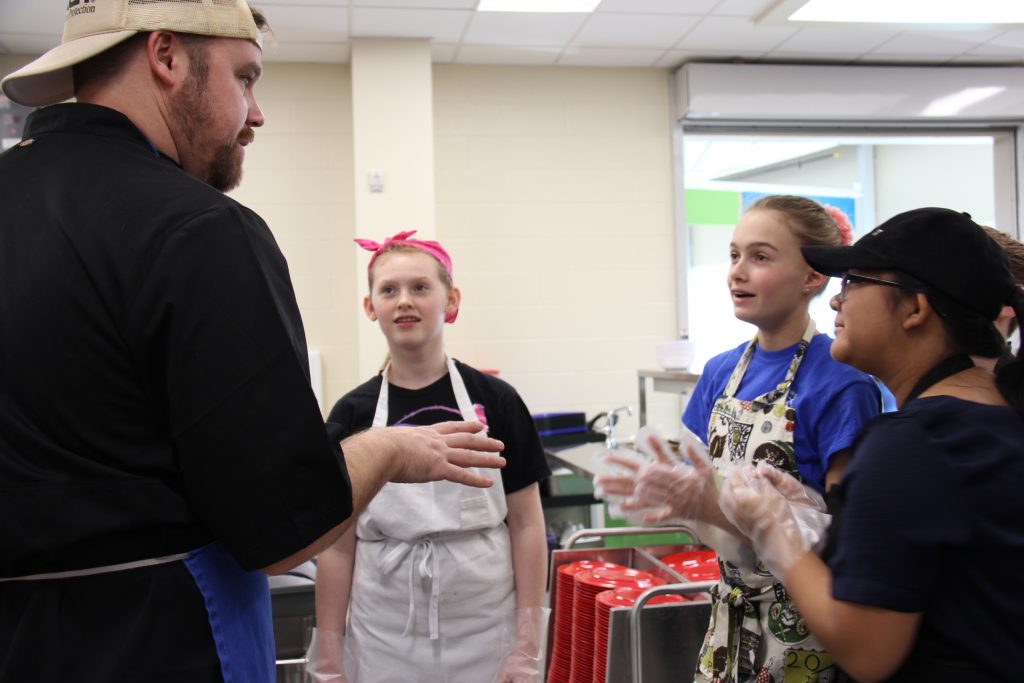 “We had the rice, but it seemed to be a little too much work,” she stated. “Chef Poole asked if we wanted to incorporate soba noodles and I think it was probably a good choice because people seem to like the noodles.”

Even though the Asian bowl emerged as the winner, Chef Poole invited all of the students in the top three teams to help in the kitchen Nov. 7 to prep the items for the Asian bowl – even getting them certified as food handlers. 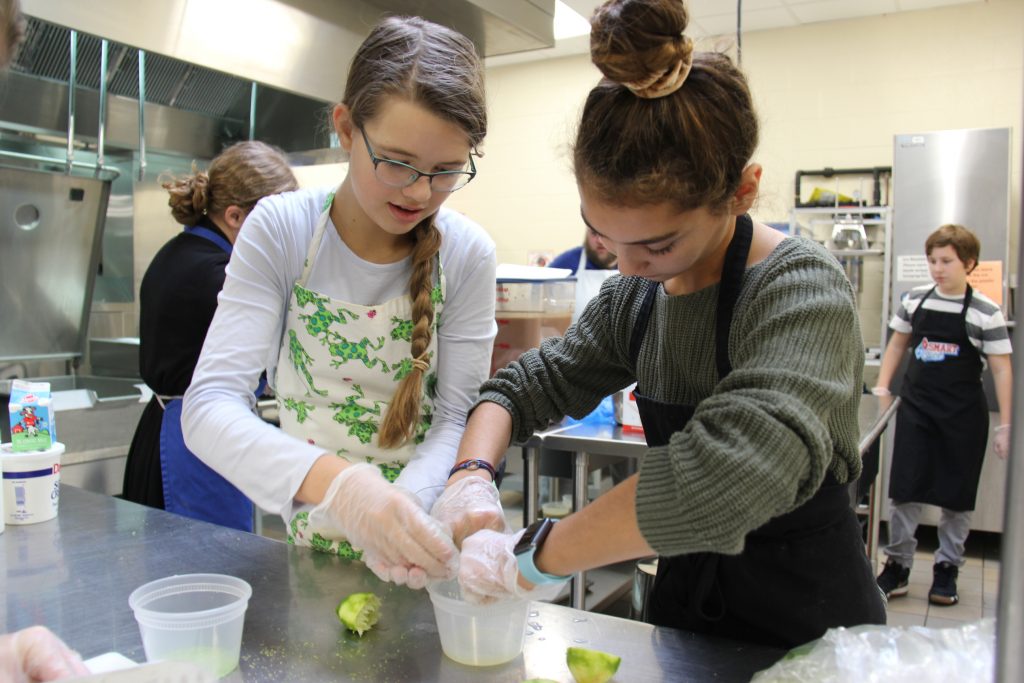 So what did diners think of the dish? 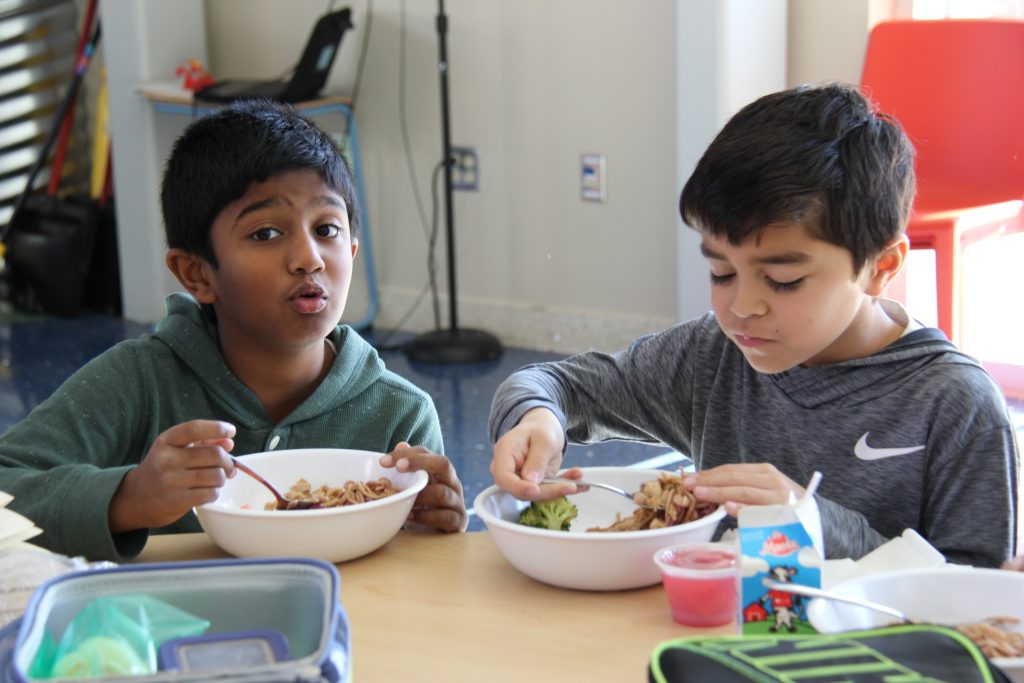 “I really like that it has the noodles, the chicken, the broccoli and vegetables,” said second-grader Aidan Rassool. “I’ve had it with rice, but I think I like it better with the noodles.”

Chef Poole shared that the team also used ingredients grown in their school’s garden, which is situated right outside of the cafeteria and can be viewed through the floor-to-ceiling windows. Some of those ingredients were even harvested that day. 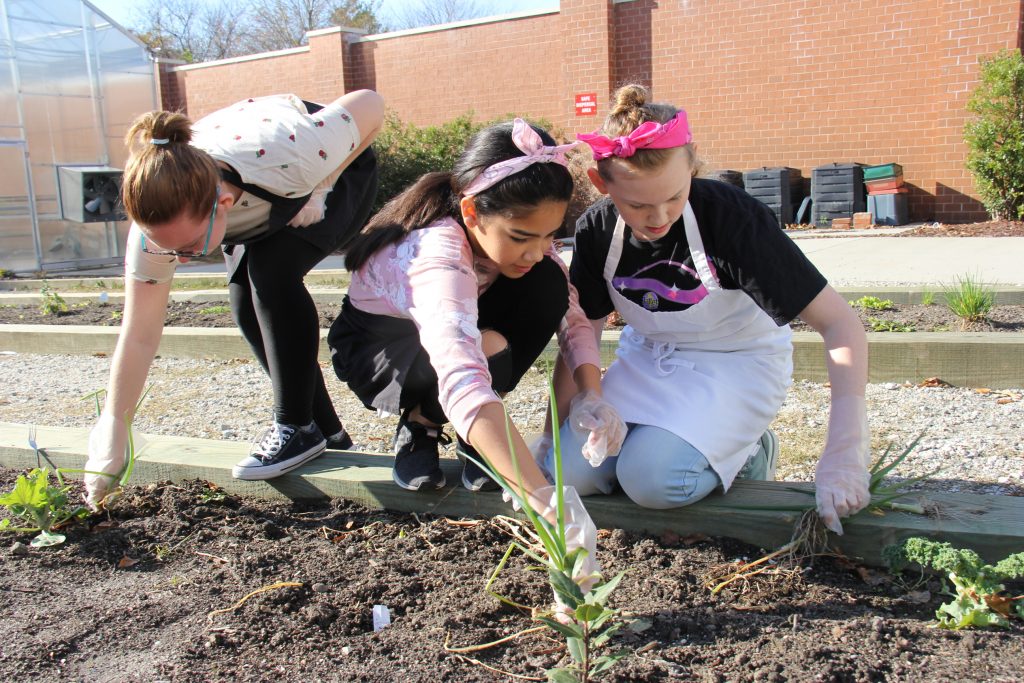 “We’re teaching these kids to grow, harvest, prep, cook and serve,” said Poole. “What I wish for is if we could have the entire menu across the division done by kids. If they are excited about it, they will learn how to eat differently.”

Read about last year’s Top Chef competition at ODS, the district’s plans to expand scratch cooking and how the division is training cafeteria staff.