Although Old Donation School’s kitchen was bustling with its usual pre-lunch service activity Dec. 13, this meal preparation was a bit different.

At one station, one person was dicing onions.

Nearby, a two-person team was stirring a giant mixing bowl filled with fresh salsa; while yet another person in another area of the kitchen was peeling mangos.

The difference in this lunch service was that students were working side-by-side with cafeteria staff prepping and cooking items for a special schoolwide lunch, which was based on a winning taco bar recipe from a Top Chef competition amongst seventh-graders at the school. 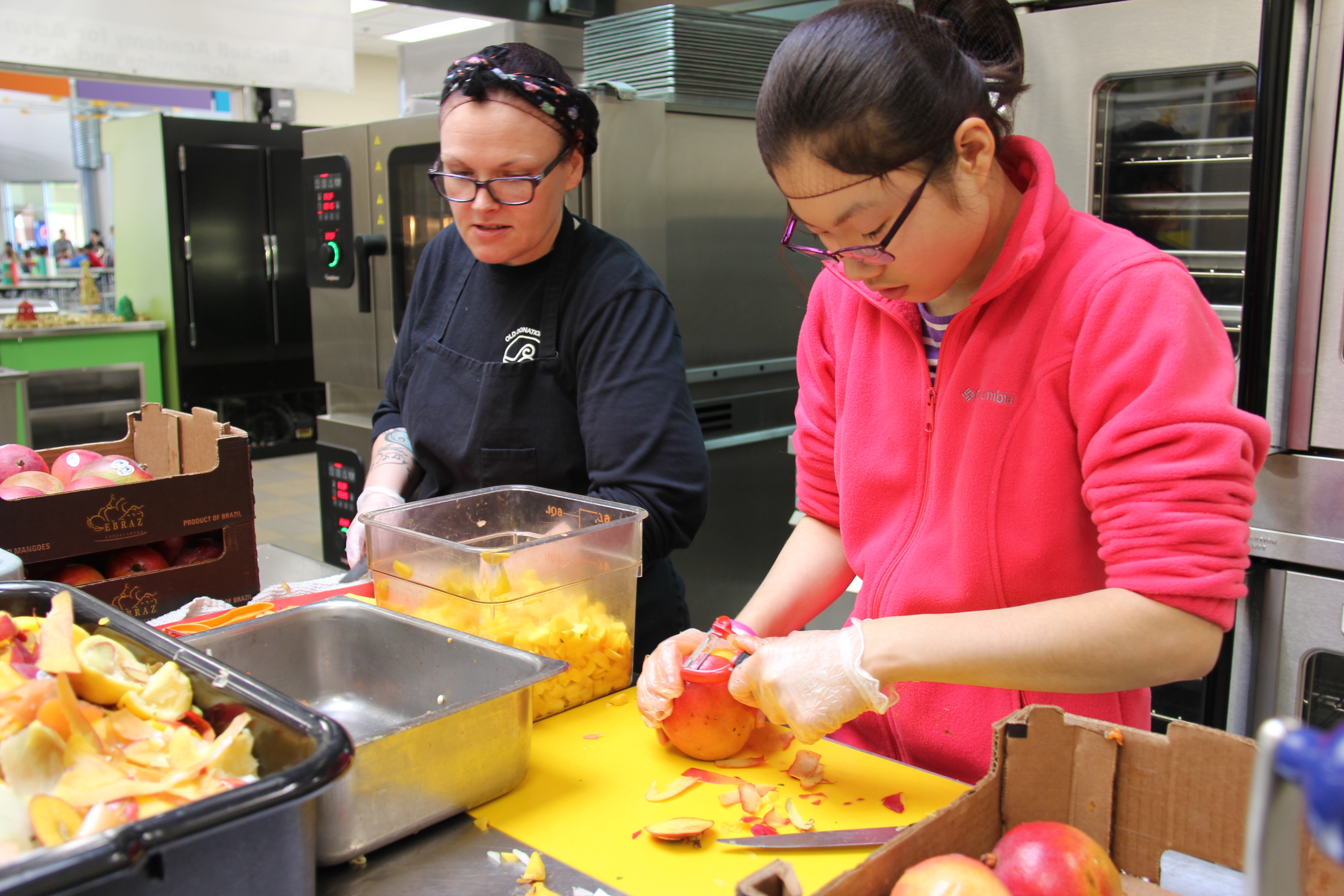 “The meals that the students produced in the competition were amazing,” said health and physical education teacher Rachel Thompson, who originated the competition. “They actually put the advertising piece behind it as well to market this to their peers.”

Seventh-grader Leah Harris, one of the five members on the winning taco bar team, attributes the win to offering students options.

“I feel like we chose something that everyone really likes – tacos – and then we gave students options,” said Harris. Their concept included two chicken tacos, rice and two vegetables – an ear of corn and bell peppers. In addition, the meal also featured a “toppings” bar complete with sour cream, cheddar cheese, guacamole and something that might be new to many, according to Harris. 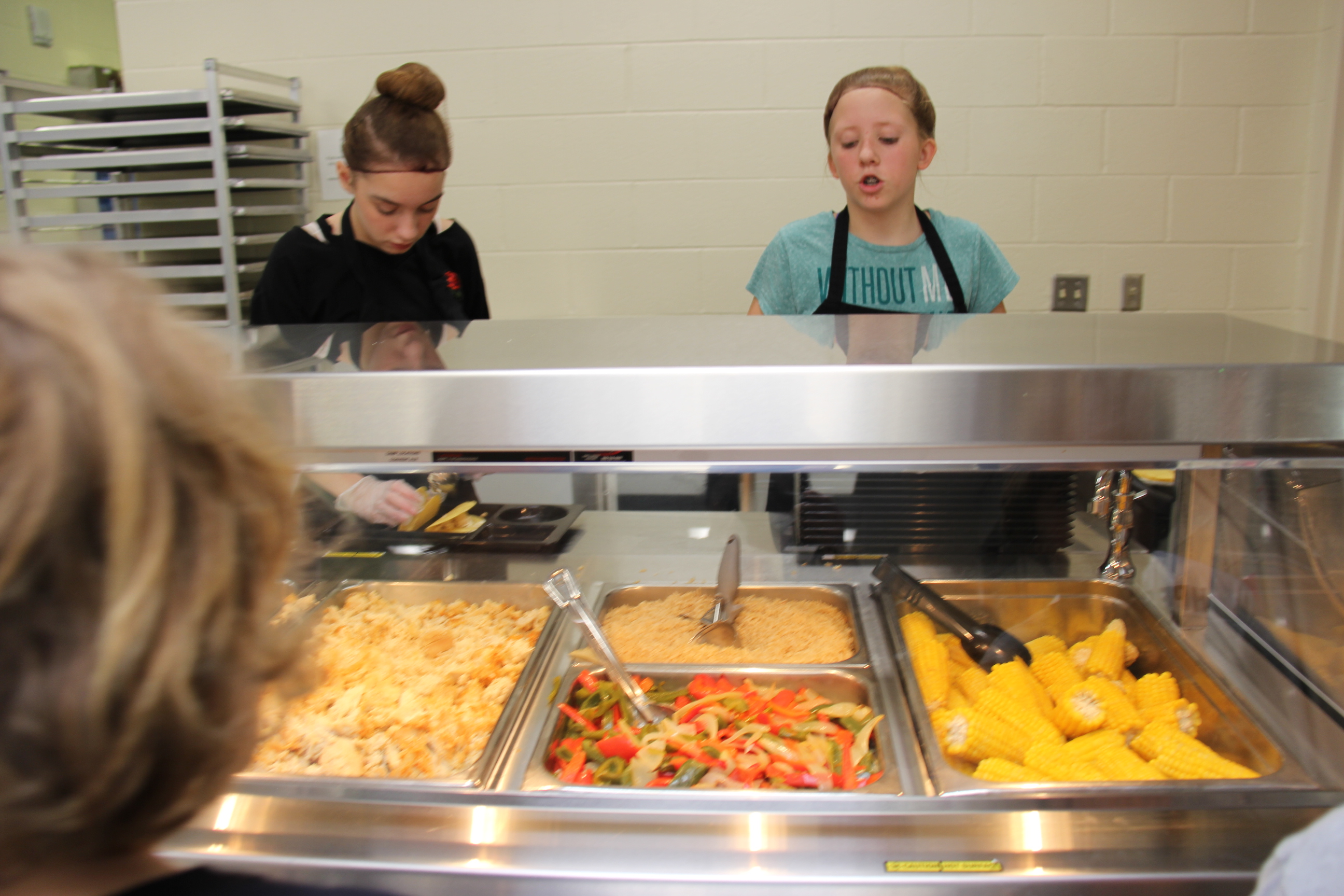 “We wanted to make sure there were things that were new to people so we put in things like mango salsa, which most people usually don’t venture into,” she said.

But the competition was more than putting food items on a plate. The lesson was based on four health and nutrition curriculum standards:

“The Top Chef competition was a connection between our nutrition curriculum and the kitchen,” according to Thompson, who ironically has never seen the television show by the same title.

“I started collaborating with our kitchen in August on how we could bring the two pieces together,” she said. ”They suggested a competition where students create their own recipes based on simple standards: two ounces of protein, two ounces of grain, a fruit and a vegetable.”

When Thompson and colleague Kathleen Hughes took the idea to health and physical education classes, students could easily relate.

“It could be like Chopped, Top Chef or Cupcake Wars they said – television shows I had never seen,” Thompson said.

Students in the health and nutrition classes then formed teams to come up with concepts. Once the teams developed their recipe ideas, many of them even incorporated marketing – bringing samples for classmates to taste as well as PowerPoint presentations to persuade their fellow students. A few of those presentations even addressed cost efficiencies, according to Thompson.

Winning recipes in each class advanced to a panel comprised of teachers who narrowed the entries to three finalists: an adobe chicken recipe, a flatbread recipe and a taco bar.

In November, before the school voted on the winning dish, creators of the top three final entrees had one last opportunity to persuade classmates to vote for their dish. After a schoolwide vote, the taco bar team emerged as the winner. 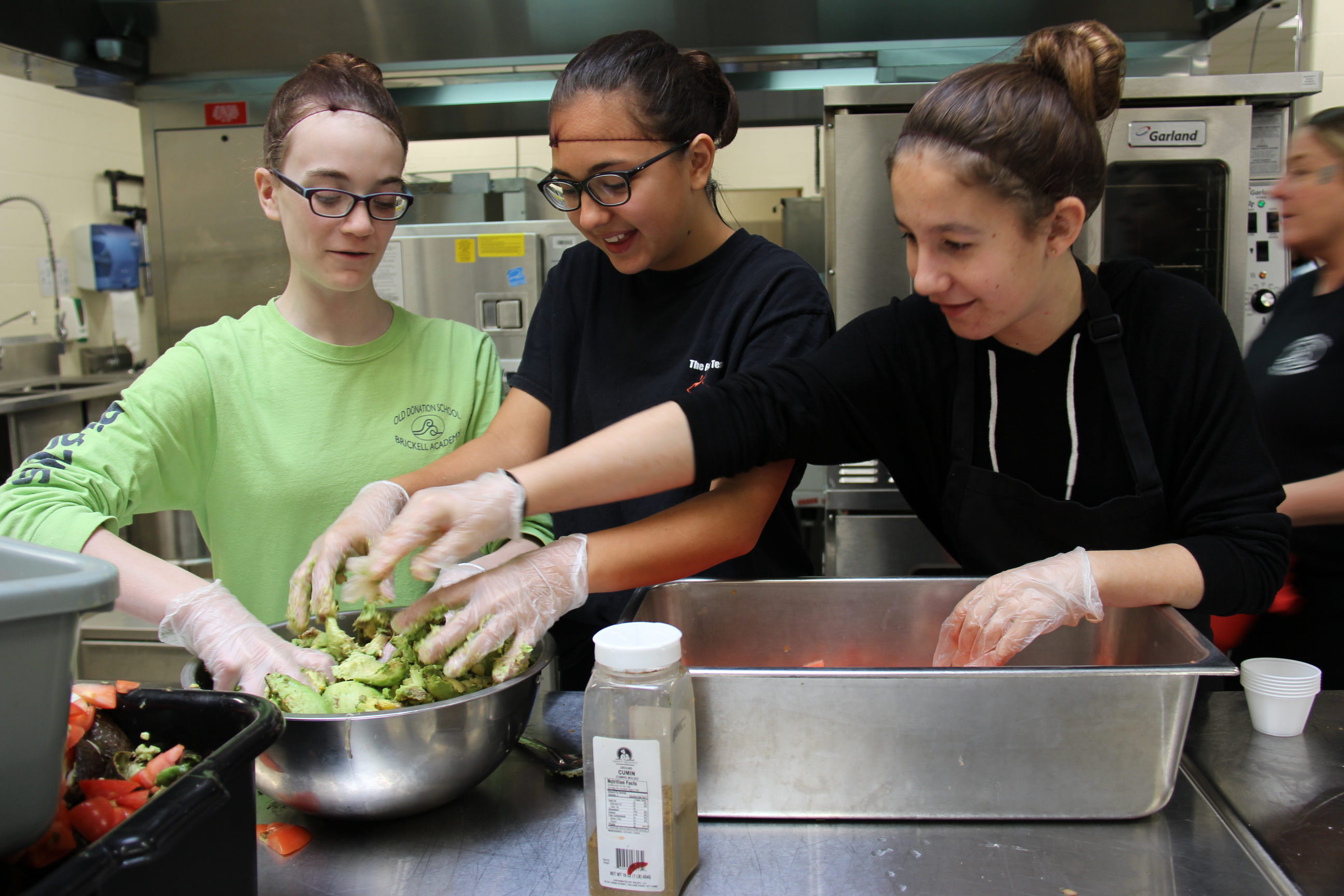 To celebrate the winners, the school organized a “Fine Dining Experience” day Dec. 13 during which the winning team cooked their meal once again.

But that fine dining experience was made even more special by other classes joining in to be part of the celebration.

A string orchestra greeted guests at the entrance to the cafeteria.

Elementary art teacher Shelby Lovelace organized a “Make it and Take It” station at the entrance where students could create art by dipping sliced fruits or vegetables into paint and stamping them onto keepsake cards.

“Students were stamping the celery in a pyramid shape so that they could later go back and make into a Christmas tree,” Lovelace said. “The sliced bell peppers made flowers.”

Inside the cafeteria where students were enjoying their Top Chef lunch, the room went silent when ODS’ Wednesday Dancers performed from the balcony. 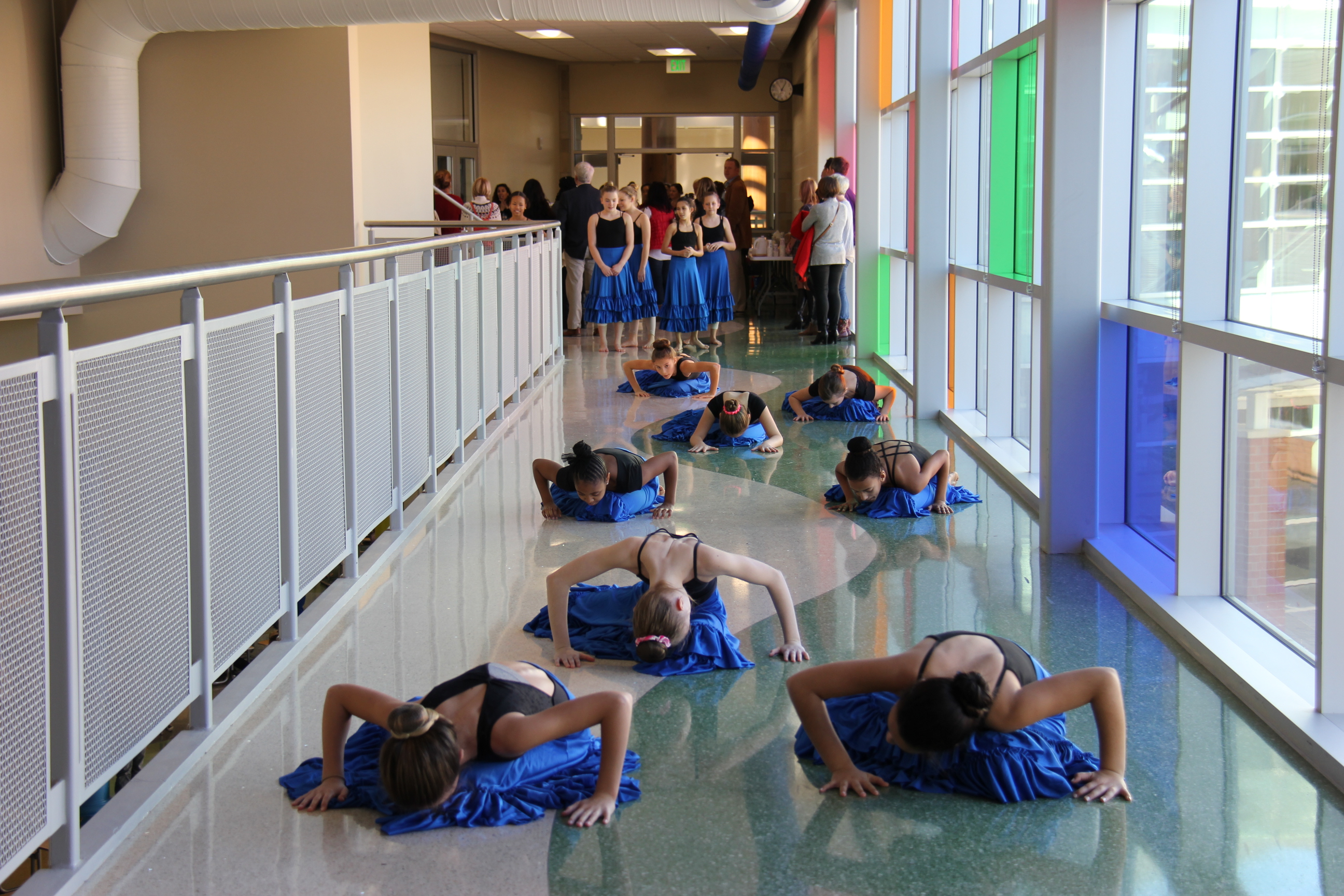 For Thompson, it was the collaborative and cross-curricular nature of the lesson that made it such a success.

“Students were in the kitchen working with staff seeing what a real job looks like all day long,” Thompson said. “When the groups actually cooked for the first time alongside the kitchen staff, by the end of the day, they were so tired that they said they have a greater appreciation for the kitchen staff. They would not have known that if they had not been in the kitchen.”

The kitchen staff as well as the staff from the school division’s Office of Food Services also helped make the event possible by making sure that the recipes met USDA nutritional guidelines so that they could be served schoolwide.

Will there be another Top Chef competition at ODS?

According to Thompson, yes.

One competition will occur in the winter and another one in the spring. Both, she said, will be on grander scale by involving the community a bit more. She even applied for a grant in partnership with the school’s Parent Teacher Association (PTA). Thompson is also considering having students work on incorporating the nutritional standards themselves in upcoming competitions.

What did students think about the competition and the food?

According to second-grade student Juliette Haztopoulos, the competition was great and the food was “delicious.”