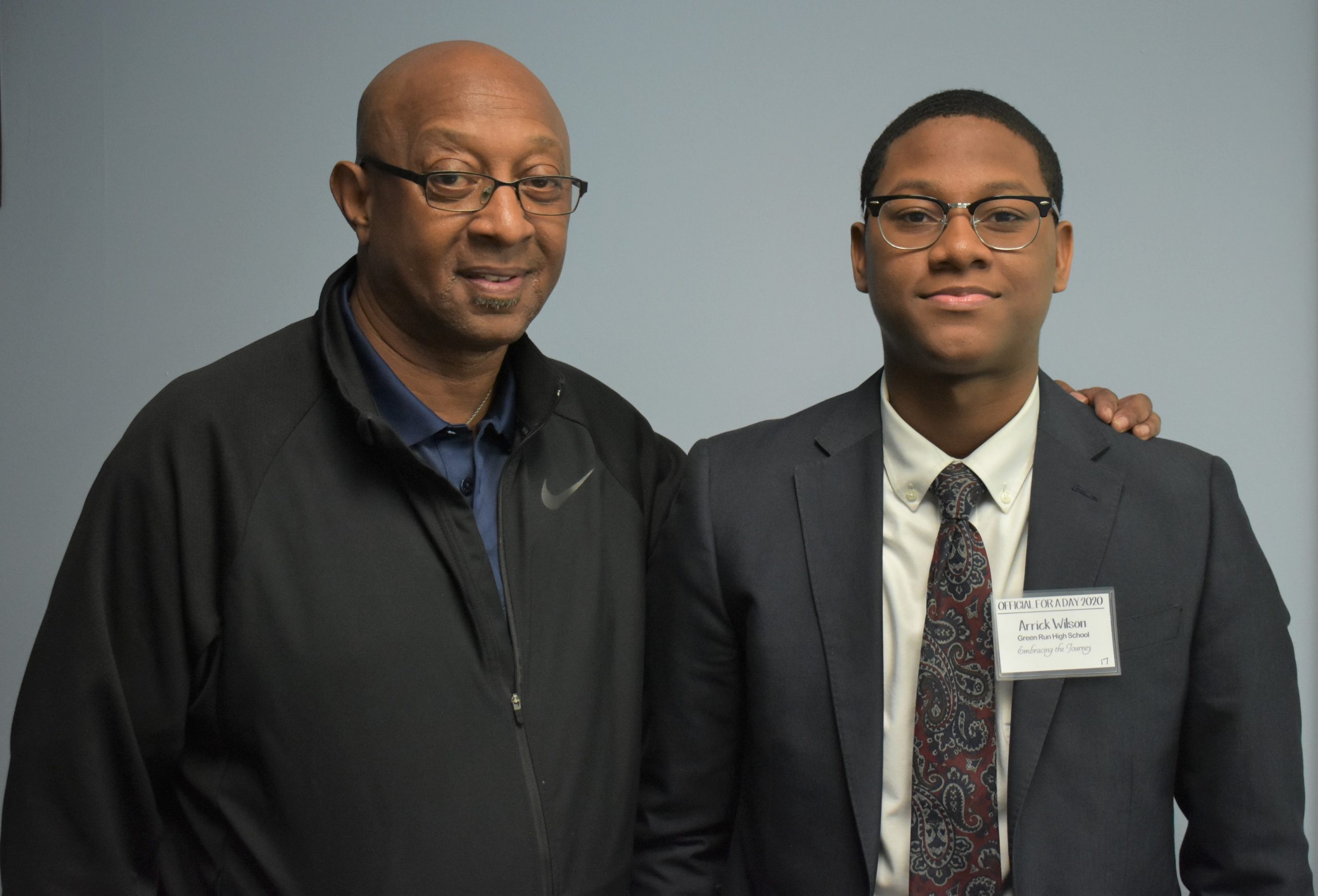 “Some days we have good days, some days we have bad days and that’s in any job,” he said. “But I would like to think that 99.99 of my days were good and positive for the kids.”

Dozier grew up in Trenton, New Jersey, where he coached boys basketball and also spent time in the Army. He later moved to Hampton Roads and closer to relatives. While looking for a job, he ended up at PAHS. Coach Dozier, who prides himself on honesty, admitted that the team at that time was, “God bless awful.” So he asked the then-coach if he could help and was told, “Be my guest, I need all the help I can get.”

And as they say, the rest is history. During his tenure, he won 10 Virginia High School League (VHSL) State titles, 11 regional titles, 22 Virginia Beach district titles and has made the state tournament 15 times. But his latest accomplishment has come recently, when he learned he will be inducted into the VHSL Hall of Fame. Even when considering all these achievements, Coach Dozier says he is most proud when he picks up the phone and hears, “Coach, we’re going to offer your kid a scholarship.” This apparently happens a lot, given the number of former players who’ve gotten full rides to further their education.

When asked about the plethora of great players he’s coached, he said: “I could have a list as long as this table, and I would still leave some of them out.” He then goes on to remember Okeisha Howard, Shareese Grant, Amber Mason, Ashley Mason, Kim Rodgers, Gadvia Hubbard, Xaria Wiggins and Makayla Dickens.

“These kids…wouldn’t have been there, I don’t think, if wasn’t for me and the help of their parents,” he said.

His nomination for the Hall of Fame is no doubt a nod to not only his basketball coaching skills, but also his mentoring of players.

When asked about the future of Princess Anne basketball, he replied, “It better stay hot… I’ve built a real dynasty here.”

Dozier then confessed that it has always been hard to think what he’s done for the program has created a “dynasty,”  but he feels that now it’s appropriate and right to call it just that.

What does the future hold for the coach?

“That’s the only fear I have,” he said. “Just leaving the game, and I don’t know when I’m going to leave the game….But I just hope it continues to get better.”

Dozier will be officially inducted into the VHSL Hall of Fame in the spring.

As part of the division’s annual Official for a Day event Feb. 25, where students shadowed school administrators and city officials, Wilson was part of the VBCPS Department of Communications and Community Engagement. He aspires to be a sports journalist and wrote this story for The Core and his blog AtTheCourtWithArrick.