Virginia Beach City Public Schools has always been well represented at the annual Hampton Roads Student Gallery, a competition that, for 30 years, has provided students in 11th and 12th grades from across the region the chance to exhibit their artwork in local museums. But the award presentation Feb. 15 was very special to Chris Buhner, coordinator of fine arts for VBCPS.

“This is the first time we’ve taken first and second,” he beamed.

The Chesapeake Central Library was packed with students and families on that Saturday morning, all admiring the more than 600 pieces of art submitted for the contest from school divisions in Hampton Roads and on the Eastern Shore. A panel of judges had to narrow it down to 20 honorees and six finalists.

First place went to Salem junior Aiden Berklee, whose photograph was titled, “Vanity.” Citing Dan Golden and Robert Postma as inspiration for his work, Berklee said he got a friend to pose and the photo just “came about.” The winning work features a young man shaving and admiring himself in front of a bathroom mirror. That bathroom is Aiden’s, according to his mother, and although she said she was encouraged to gut the room when she bought the 70s-era house, she decided the fixtures and wallpaper should stay. 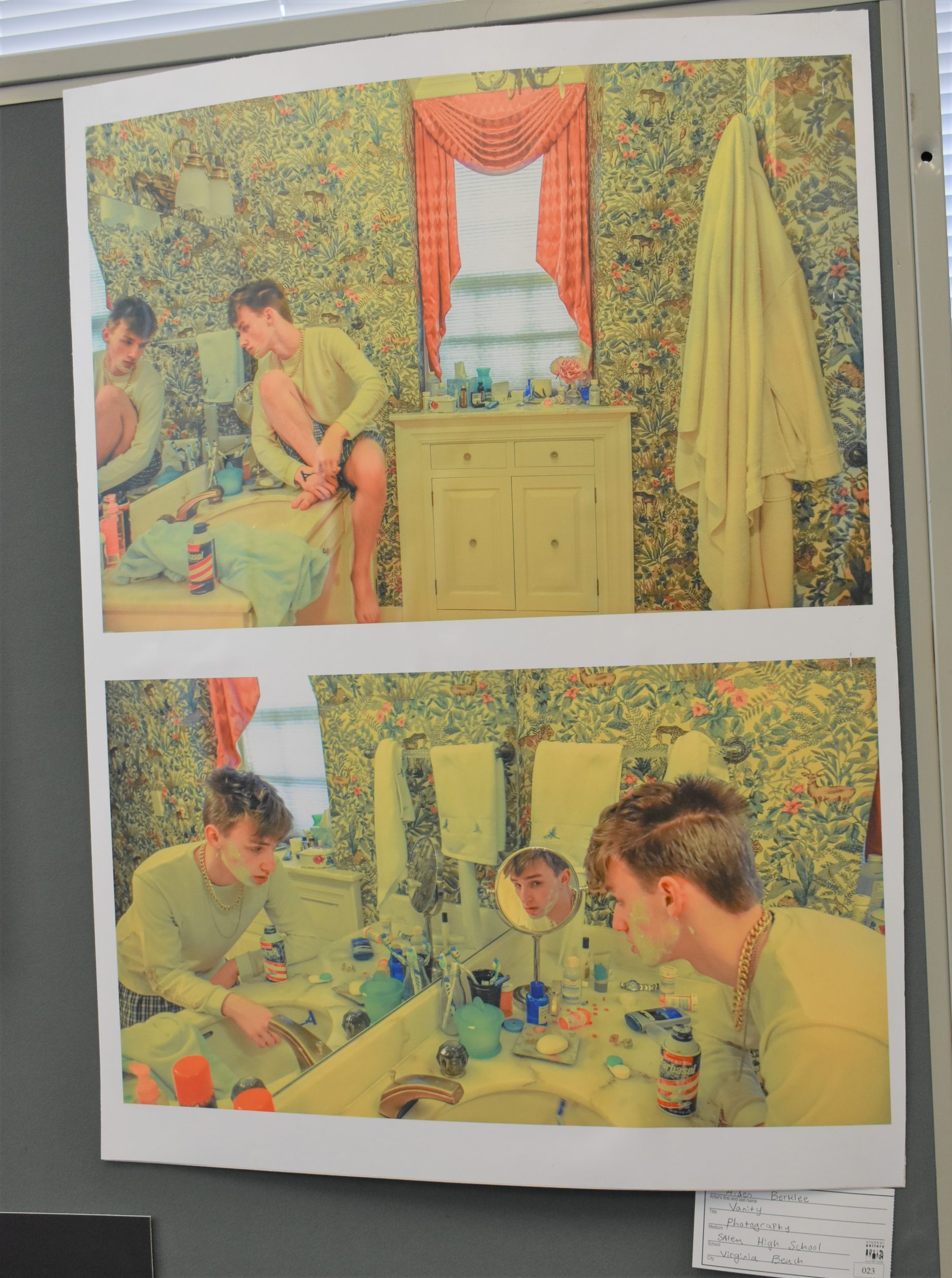 “Aiden can look at old stuff and see the beauty in it,” she smiled. “He always has.”

Second place was awarded to Christina Liu, a senior at Princess Anne High School, where she focuses a lot of study on her identity as a Chinese American. Her mixed-media submission, called “To Fill an Ocean with Pebbles,” refers to a fable about a woman who drowned, transformed into a bird and then kept trying to fill the ocean with twigs and pebbles. 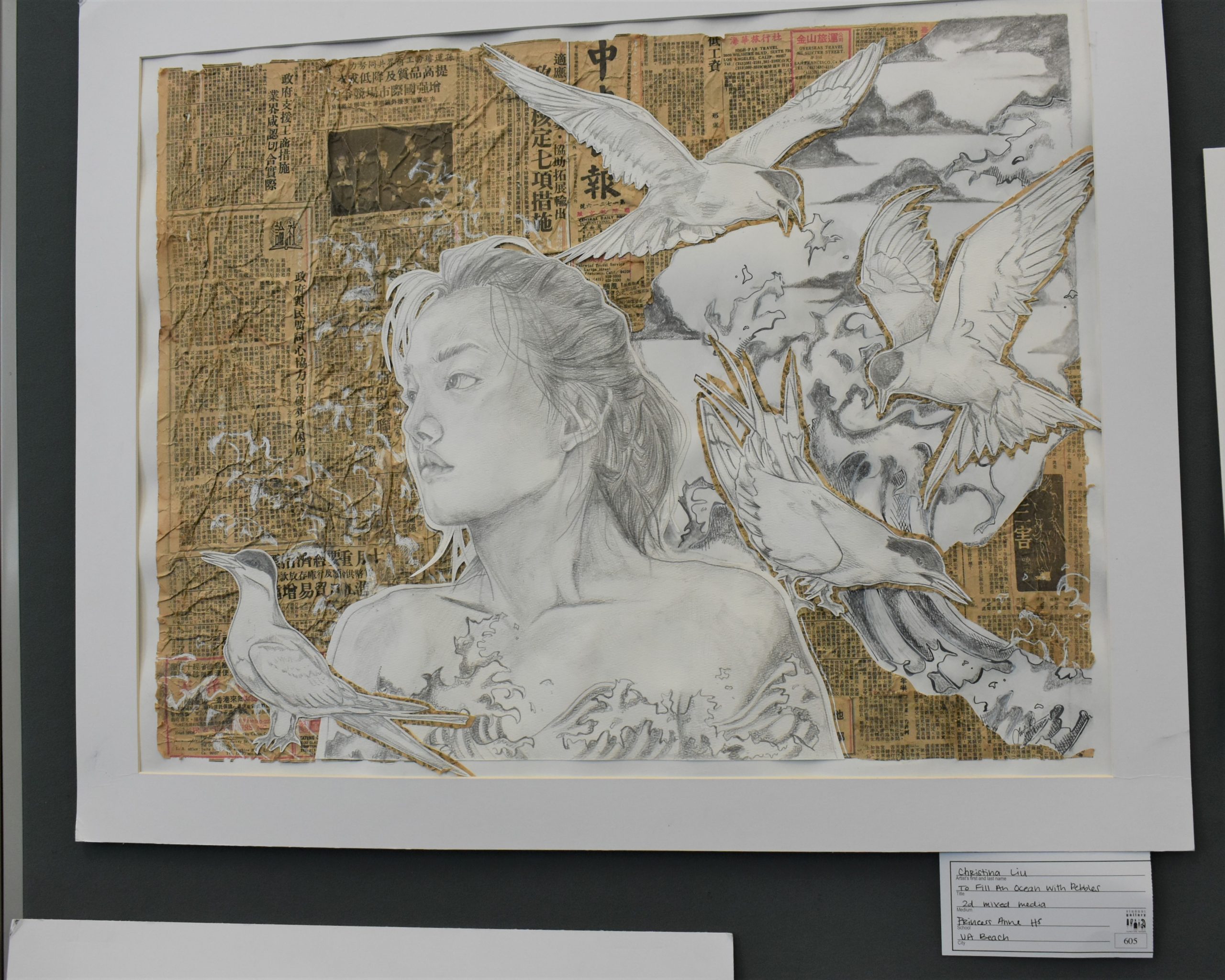 “There’s a Chinese idiom based on that story,” she explained, “’Expressing determination in the face of seemingly impossible odds,’ and I wanted to use that story to express my feelings about learning a new language.”