Around 25-30 million people in America suffer from a rare disease, affecting less than one in 200,000 people. There are approximately 7,000 currently recognized rare diseases. 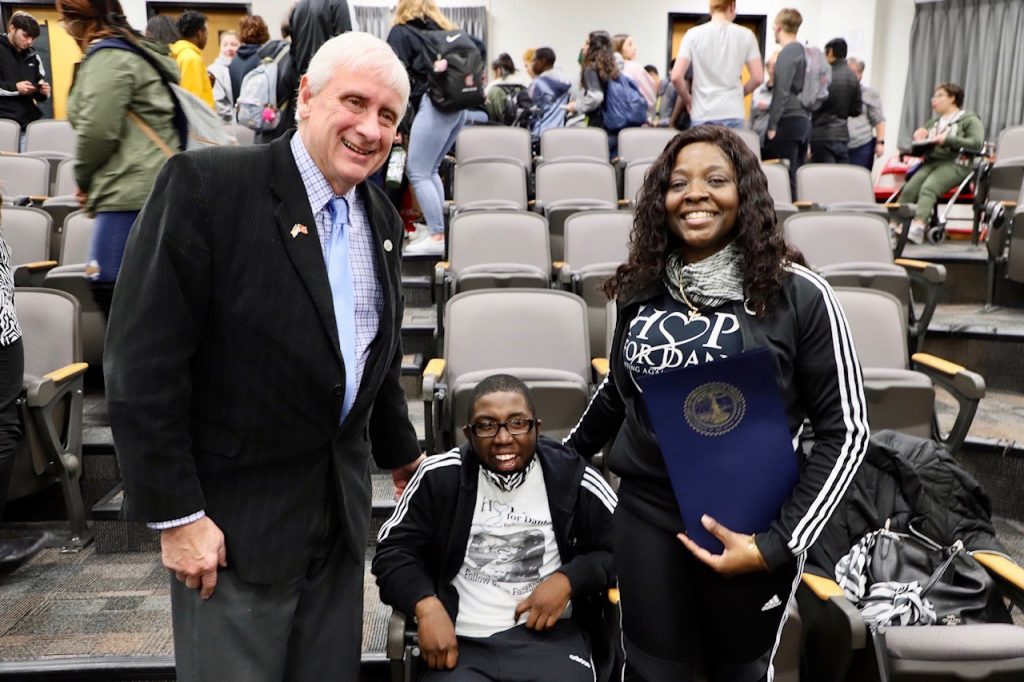 “I had no idea how many people suffer from rare diseases before this event,” said Amari Zimmerman, a Salem High senior. “I feel like we know about common diseases like diabetes or heart disease, but I’d never heard of Batton’s Disease before. I also didn’t know how few treatments there are for most rare diseases. This assembly really opened my eyes to what’s out there and I feel like I can better empathize with people who suffer from a rare disease.”

Feb. 29 is recognized as World Rare Disease Day given that it is leap day and the rarest day on the calendar. The zebra is the symbol of rare diseases; therefore, stripes represent rare disease awareness. According to the National Organization of Rare Disorders’ website, the zebra was chosen because all zebras are unique. No two zebras have the same stripes. 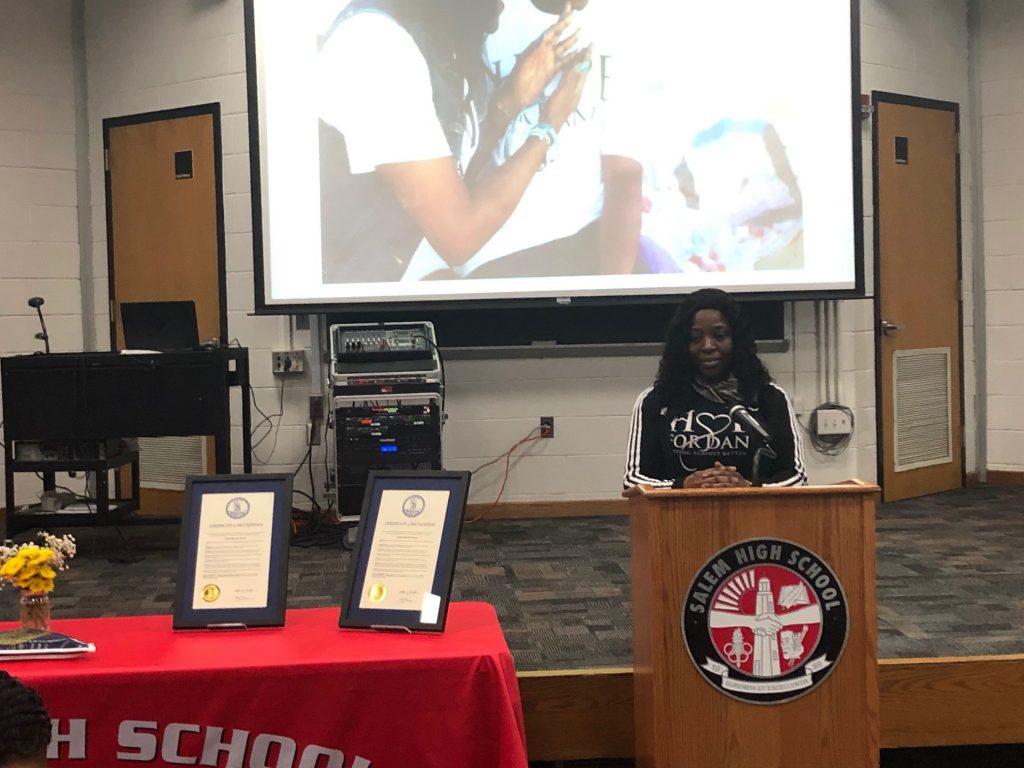 One of the speakers at the event was Marlo Dean. Dean spoke of the importance of spreading awareness regarding rare diseases and building compassion. She herself has a rare disease and her son, former Salem student, Dante Herrera, lives with Batten Disease and Xeroderma Pigmentosum.

“I try to be proactive for him,” said Dean, “A rare disease not only affects the person with the disease, but the entire community.”

Dean has been an advocate for Dante from the start. The two of them make frequent trips to Capitol Hill to promote funding for research and healthcare and have received support from politicians such as Bernie Sanders and Elaine Lauria.

At the end of the presentation, Mayor Dyer proclaimed Feb. 29, 2020, Rare Disease Day in the City of Virginia Beach in honor of Dante Herrera. Mayor Dyer and Principal Leanne Turnbull-Pallette were each presented with a certificate of recognition from Virginia Governor Ralph Northam.