“I started getting text messages that said ‘Your building’s gone. The field is gone.’ And, then someone sent me a picture,” he said.

Hart and his wife immediately drove to the field.

The dugout had significant structural damage and the concession stand was damaged beyond repair. Other parts of the field, including the backstop, bleachers, fencing and flagpole were also damaged.

The baseball field, like other areas of Virginia Beach, had just been struck by a tornado. 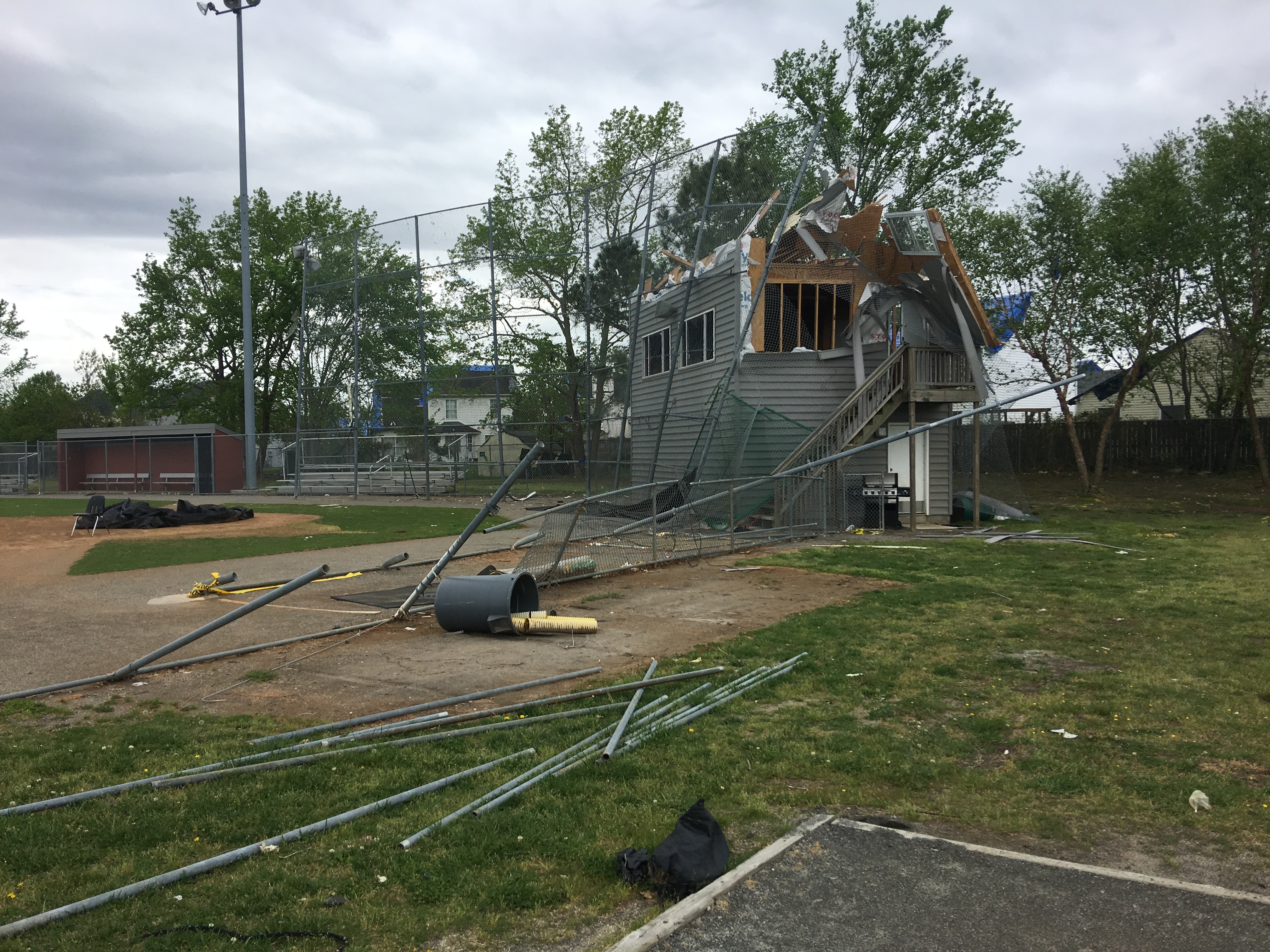 Just two months into the school’s baseball season, which runs from February through May, Hart said that he was in disbelief about what had happened. However, in the grand scheme of things he counted himself lucky.

“When you lose a baseball field it’s heartbreaking that it’s gone, but there were many people who for months weren’t in their homes,” Hart said.

Hart said that teams in Virginia Beach high schools and also Chesapeake and Norfolk, were quick to extend offers to help. Landstown’s teams finished the baseball season practicing in the gym and using the fields at Green Run and Kellam high schools to practice on a field. Six of Landstown’s home varsity baseball games were also played at Kellam while the junior varsity baseball team played their three remaining home games on their opponent’s field.

But by next season, Landstown baseball will be back home. In fact, repairs are anticipated to be completed next month.

“We’re building a dugout that’s a little larger to better suit their needs and also has storage, which it didn’t have before,” said Tony Arnold, the school division’s executive director of Facilities Services.

The concession stand will be wider and spaces will be reconfigured to function better for users.

As an example, the press box, which is and will continue to be in the concession stand, will have a better view of the field.  Arnold compared the repairs to a mini modernization of a school.

“In this case, [the buildings] were torn down for us and we’re replacing them with 21st century buildings,” Arnold stated.

Outfield fencing and wind screens around the field have already been repaired, with additional fencing to be added after the dugout and the concession stand are completed. The backstop, bleachers and flagpole, which also incurred damage, will also be replaced. 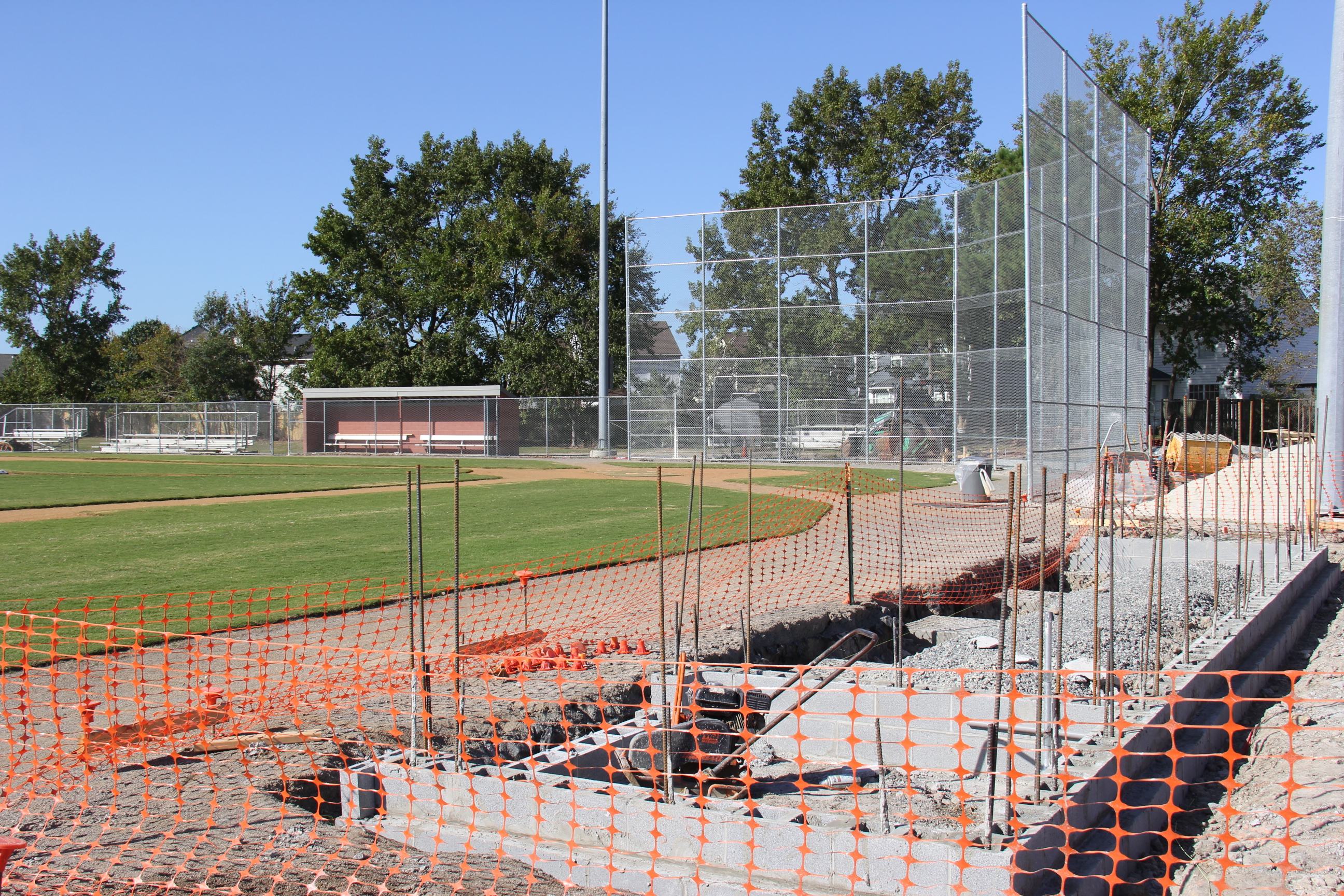 The footings and foundation blocks are now in place for both the concession stand and dugout with repairs anticipated to be completed in late November, likely before Thanksgiving Day – in time for the baseball team to prepare for opening day next season.

Funding for the repairs are coming from the school division’s self-insurance fund.

As for the team, Coach Hart said that although the team has adjusted to using another school’s field, “we’re all ready to get our own home field back.”