The student looked across the table at the World War II veteran and asked quietly, “Were you ever scared?” A slight grin appeared on the veteran’s face as he responded, “Son, I was part of a bomber crew. I was terrified every time our wheels left that grassy airfield in England for a mission over German territory.”

That was just one of more than two dozen conversations that took place on a recent Saturday morning at the Military Aviation Museum in southern Virginia Beach. Resident veterans from Atlantic Shores Retirement Community were paired with cadets from the Cox/First Colonial High School Navy Junior Reserve Officers’ Training Corps (NJROTC) to help the students understand combat experience and the value of military service. 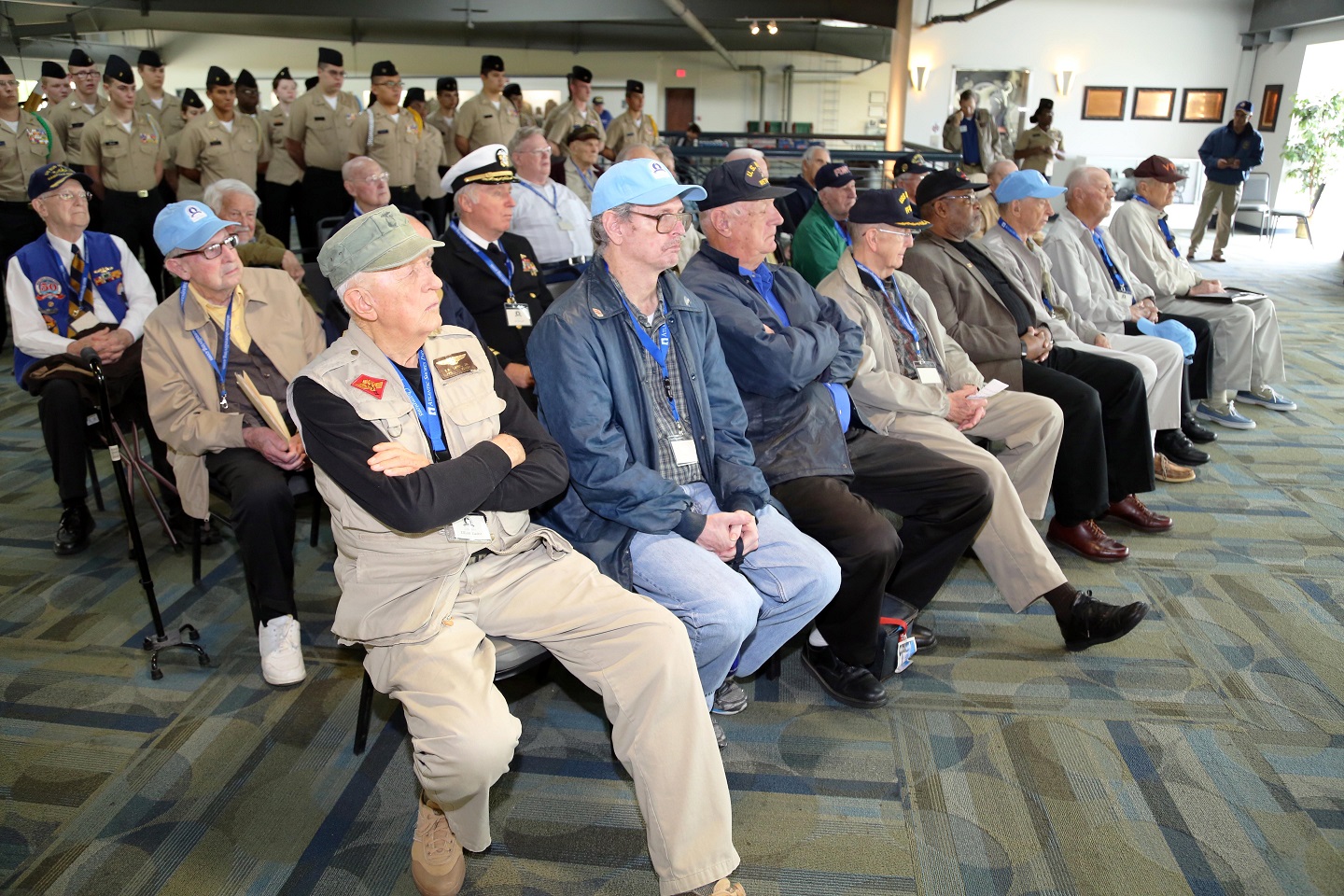 Across the second floor of the museum’s main building, one-on-one conversations were being recorded by the cadets using an app called Storycorps.me. The veterans were happy to share their stories.

“I was in the war zone; Southwest Pacific, Fifth Air Force, 345th bomb group,” stated one World War II pilot. “We were a low level strafing and skip bombing outfit, located in the Southwest Pacific Theater of Operations. Our targets were mostly Japanese shipping across the South China Sea and other bodies of water over there; plus, Japanese air fields and the island of Formosa which is Taiwan today. We were hitting Japanese industrial sites that contributed to the Japanese war effort.” 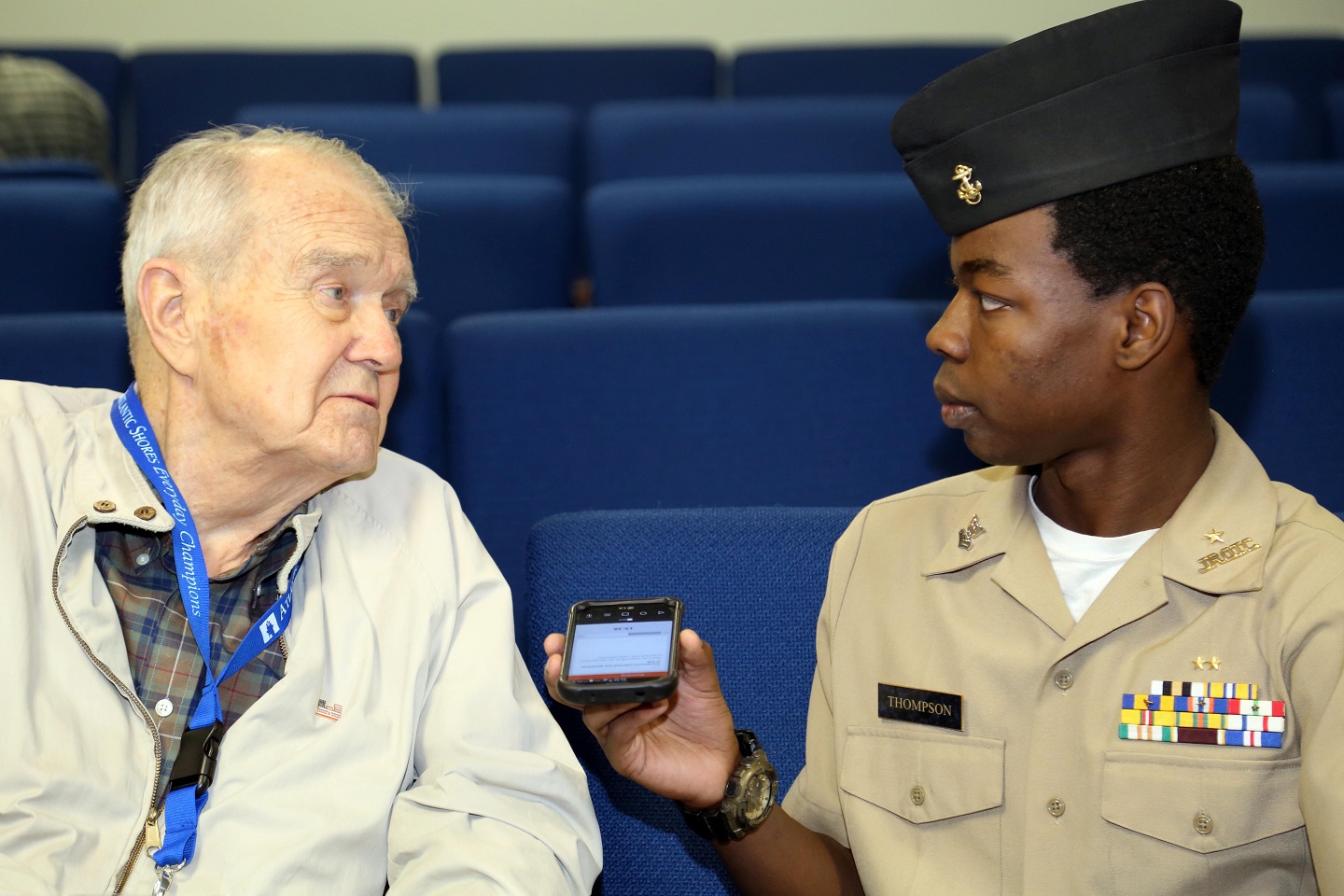 Once the interviews were completed, each veteran’s personal story was uploaded to the Library of Congress for posterity, keeping history alive for future generations.

“It’s a community service project, but it’s also a history lesson,” Abernathy added. “It allows students to interact with veterans and see history that they may not have learned or had an opportunity to do so.”

Cadet Vinnie Lolla thought the experience would help him in the future. “We’re interviewing veterans from generations ago and we’re finding out about history that we’ve learned from textbooks and are actually hearing about the real things right now. We read about stuff, we read about World War II and the Pacific Theater. I’m getting ready to move on; on to college and then the military. And now, I am learning about how the military was back then. It’s nice to have a deep rooted feeling of how the military was back then and how it operates today.”

Tom Grimshaw, a retired World War II Navy fighter pilot, was impressed with the students. “I think it’s great to see these ROTC young men and women and how well they carry themselves. It’s nice to see the younger people meet the older guys and hear their stories because they don’t know much about us.” 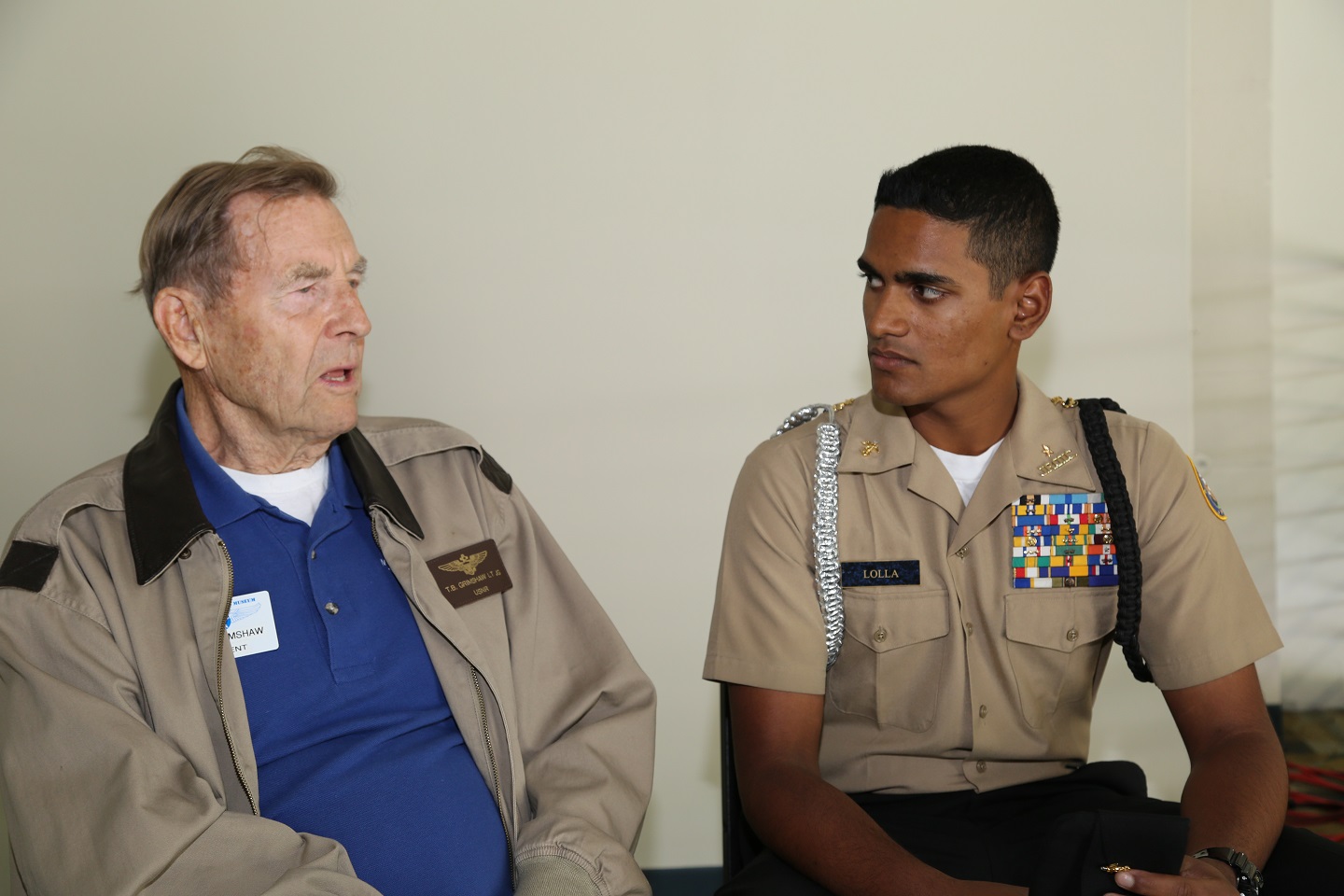 The NJROTC unit plans to continue recording oral histories with veterans living in other retirement communities. Merri Abernathy hopes the students appreciate the opportunity. “Hopefully the students will learn that anyone can be a historian, anyone can be an archivist. Anyone can sit down with a living person and ask them, ‘Tell me about your life.”