For Connor Schiffer, something fantastic was taking place today at Plaza Middle School – something even better than doughnuts with his friends. It was something the eighth-grader has wanted to do since he was a little boy.

For at least one day. 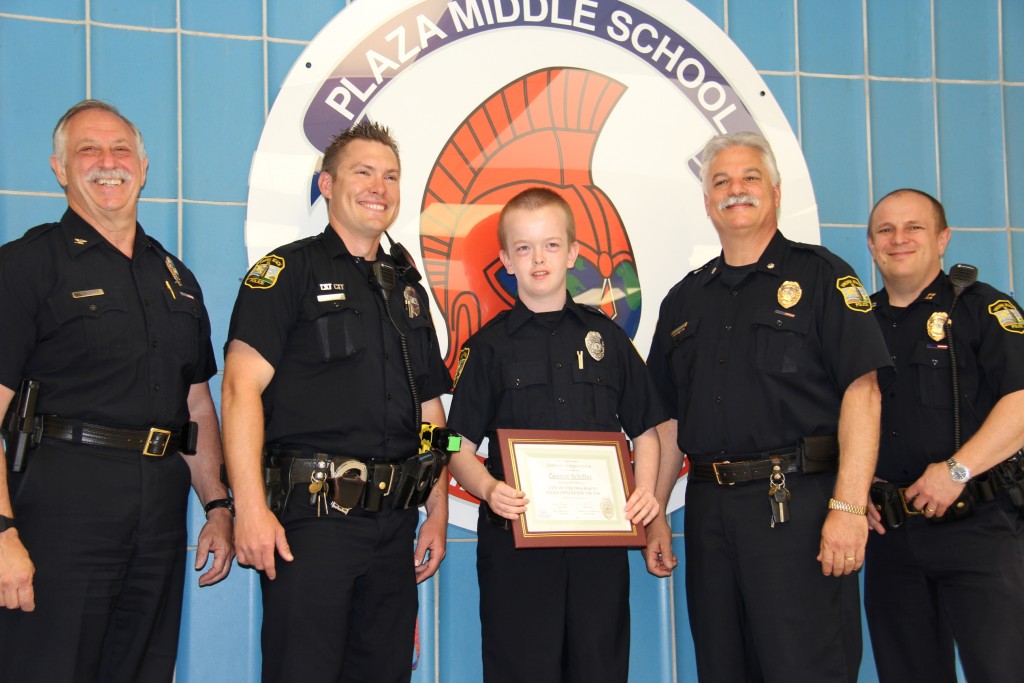 “Connor has been in the school’s Crime Solvers Club for three years and it’s something that he’s talked about every time we met,” said Master Police Officer Nicholas Gauck, who is Plaza’s School Resource Officer and advisor for the club.

Through the club, students have a monthly opportunity to interact with special guests from the city’s public safety agencies and learn more about the police department’s role in the community and how they, as students, can help partner with them to keep the city safe.

Connor’s dad, Chris Schiffer, shared that Connor has dreamed of becoming a police officer since he was five years old.

His dream came true Monday, May 9, during a ceremony attended by fellow Crime Solver Club classmates, his family, teachers, news media and several officers from the Virginia Beach Police Department. The event even included Police Chief James Cervera, who gave his full support to increase the number of Virginia Beach police officers from 806 to 807 for the day.

Wearing a full uniform at the ceremony, Connor was presented the remainder of his officer gear: a badge symbolizing his promise to protect citizens and evidence; and a utility belt to ensure peace. 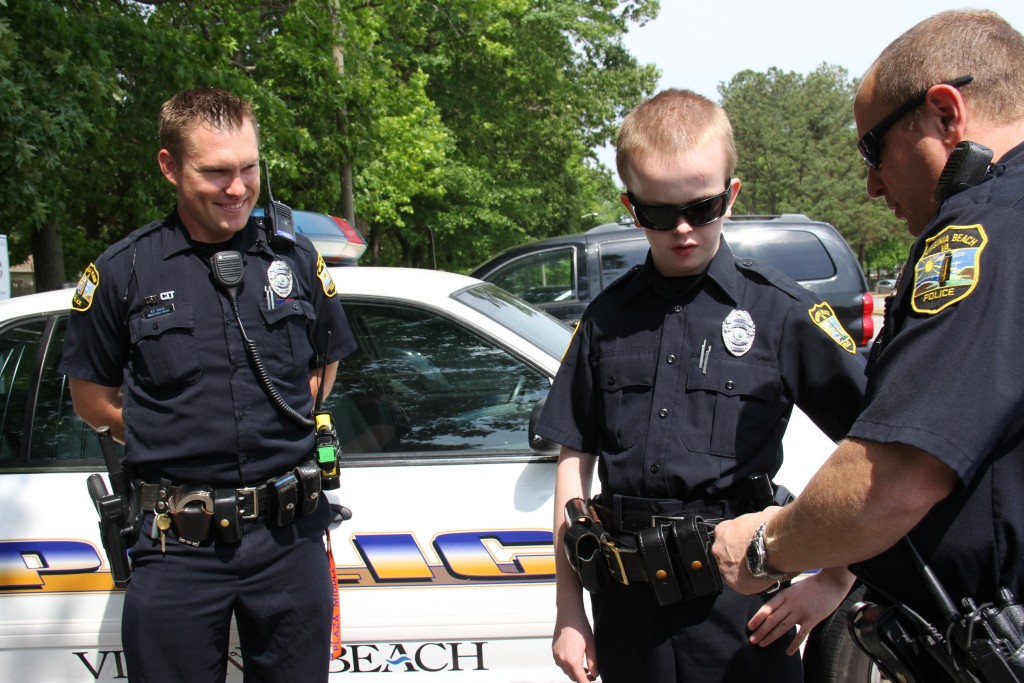 Before crime-stopping, though, he had to join classmates and family for a reception – complete with doughnuts. After more photographs and a snack, it was back to work.

“Are you ready to do a traffic stop?” Gauck asked. 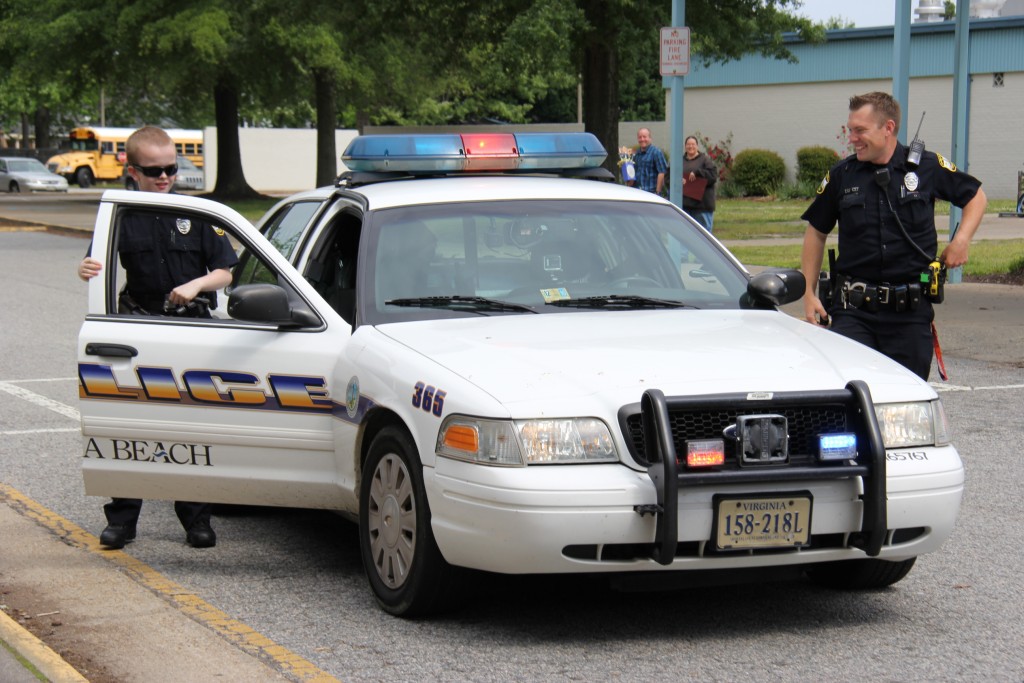 Graciously, Gauck reassured him by saying that as his partner he would drive. Off they went to check out the police vehicle and all its equipment to prepare themselves for a mock traffic stop. The two headed out to the school’s parking lot to be on the lookout for anything out of the ordinary.

“See anything suspicious in our parking lot?” Gauck asked.

With sirens blazing, the two new partners made their way to make the stop, where Connor released his grandparents with a warning to not speed. 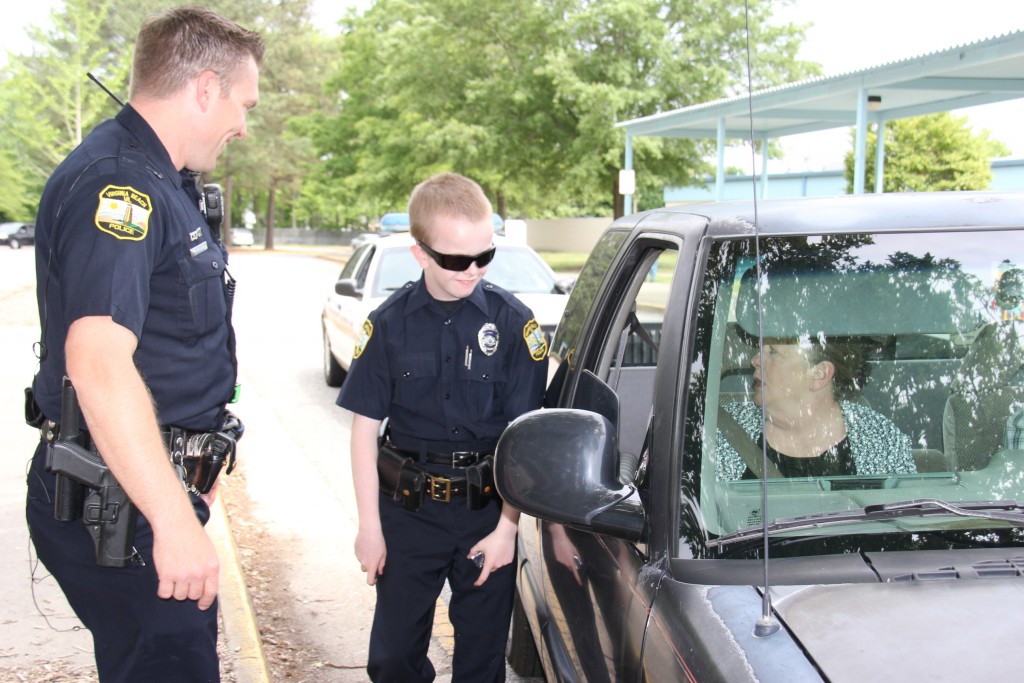 Connor continued the day with Gauck, and was able to tour the second precinct to hang out with more police officers and spend the day learning more about how to protect and to serve.