“Excited, relieved and proud.” That’s how Aminah Spain described feeling about her graduation from the Virginia Beach School of Practical Nursing (VBSPN).

Spain was one of 15 students celebrated by family, friends and staff at the VBSPN 53rd Commencement April 28. 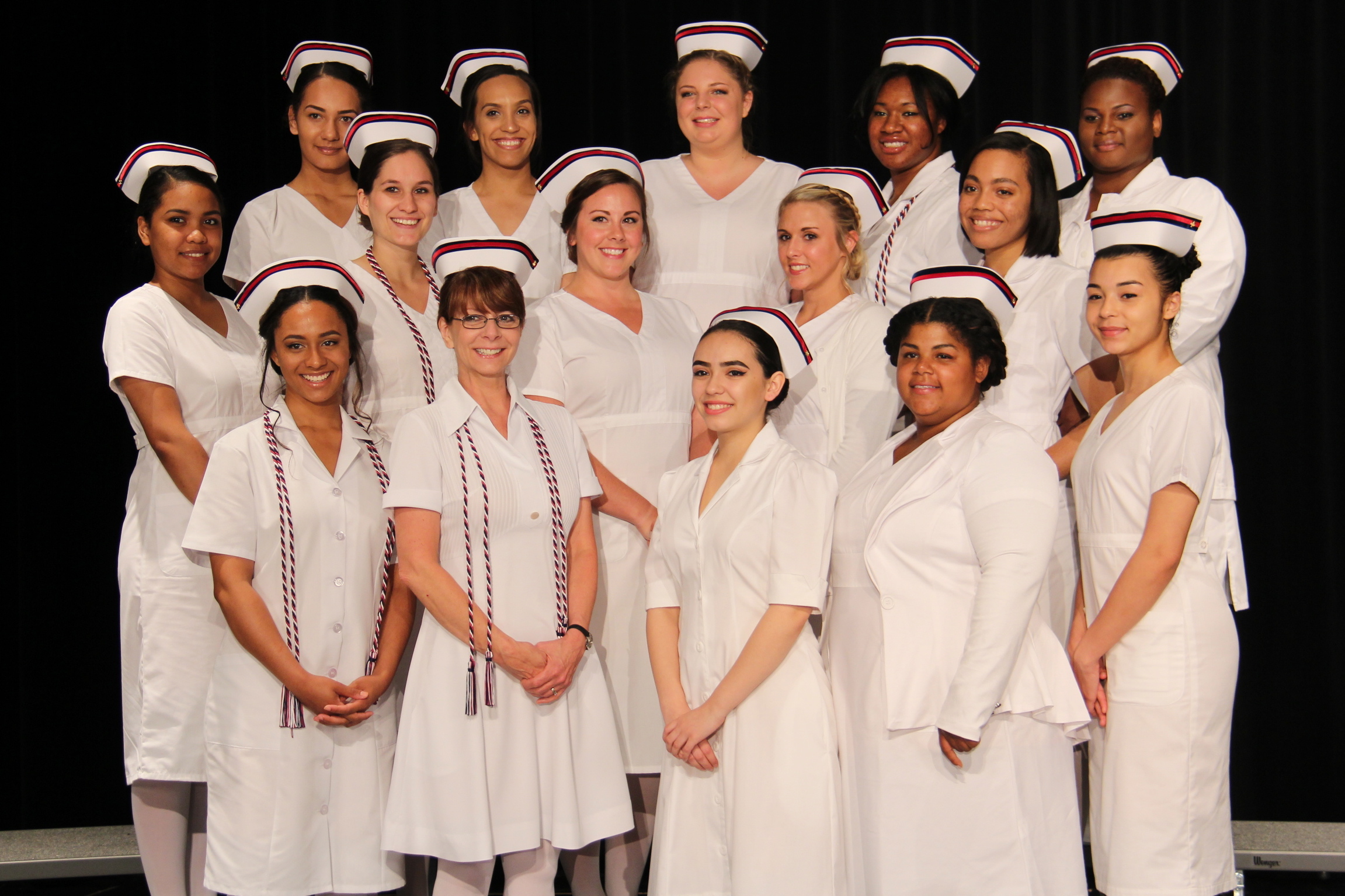 Throughout the VBSPN 18-month program, the graduates have shown they are not deterred by hard work.

“You’ve got to be dedicated. You’ve got to work for it,” said Alexis Bryant, member of the VBSPN Class of 2017. “You’ve got to spend those sleepless nights and put hard work into it. We had a test every Monday, every single one.”

Bryant is one of the VBSPN graduates who began the program when she was a senior in high school. She graduated from Kellam in 2016 and continued and completed her studies in the VBSPN this year.

Kasey Jethro enrolled in the VBSPN as an adult student. She’d worked as hair stylist for most of her life but says knew she wanted to be a nurse. She plans to continue her studies to become a registered nurse, as all of her fellow graduates have said they aspire to do.

“I want to do jail work to begin with,” Jethro explained of her future plans. “My long-term goal, I’m hoping within the next five years, is to work in a clinic in areas that people don’t want to go to. People don’t pick their situations; we’re talking children up to adolescents. I’d like to work with them. I really would. That’s my goal. I’d like to keep them out of the jail system.”

An emergency room (ER) is where Morgan Lindsey hopes to work in the future. “I used to be a scribe in the ER, so I used to see how the nurses were. I don’t like sitting down. I like not knowing. I want something new each day.”

After graduating from the Health Sciences Academy at Bayside High School in 2006, Lindsey earned her bachelor’s degree in biology from Old Dominion University. Now she’s applying to graduate programs to earn a master’s degree and become a nurse practitioner.

“I’m excited. It’s been a struggle. Not academically, but just life-wise,” added Lindsey. “It feels really great that I’m actually accomplishing this because I didn’t really think I was going to make it. I mean, I knew I was, but it felt like it was going to be forever.”

Like Lindsey, there were times Latoya Smothers-Tolar didn’t know if she would realize her dream to become a registered nurse. While serving in the U.S. Navy, she was stationed in Virginia. She enrolled at Hampton University to study nursing after getting out of the military.

“I had financial troubles and my son was diagnosed with autism, so we had to work that out and figure out what we were going to do and plan for him. Then I found this program and I was able to go because it was affordable.”

Smothers-Tolar’s relatives from Chicago surprised her with a visit for graduation day, making it an especially emotional day for the mother of two.

She will continue her plans to become a nurse anesthetist in Jacksonville, Florida, where her husband has military orders to move in November. “It gives me time to focus on my son and my daughter,” she said. Her daughter will begin kindergarten in the fall and her son, who was diagnosed with autism when he was 3 years old will be 8 soon. “He’s awesome. He speaks now. He can hold a conversation with you. He can have eye contact,” said Smothers-Tolar.

Spence acknowledged and applauded the many paths that brought the graduates to the VBSPN and their future careers, noting that he wants all students “to know that there are numerous opportunities before them and many pathways to reach their goals.”

He also encouraged the graduates to consider one more career option.

“I would be remiss as superintendent of this school division, especially as we get ready to celebrate School Nurses Day in May, not to encourage you to at least consider post study and the option of returning to our division and joining the greatest team of school nurses in the world.”

Regardless of where graduates decide to use their talents and skills, they are sure to inspire others.

“Whichever pathway brought you to this point, you were all called to serve others in this amazing profession and to support their health and well being,” said Spence. “I hope that as role models for others, you will share your stories and your challenges and your triumphs with others so that they may, too, see a bright future for themselves and be inspired and encouraged, quite frankly, as everyone in this room is tonight, by you to pursue their dreams with the same determination that each of you has.”