“It was originally going to be a quesadilla and we were going to do a rainbow of vegetables in it but we figured that the quesadilla wouldn’t be able to hold all the vegetables, so we decided to do an enchilada, which is more structured,” according to seventh grader Izzie Robbins, one of three creators of the winning dish.

When asked about the meaning of Nom Nom, Robbins shared that it is a word play on “yum, yum enchiladas.” 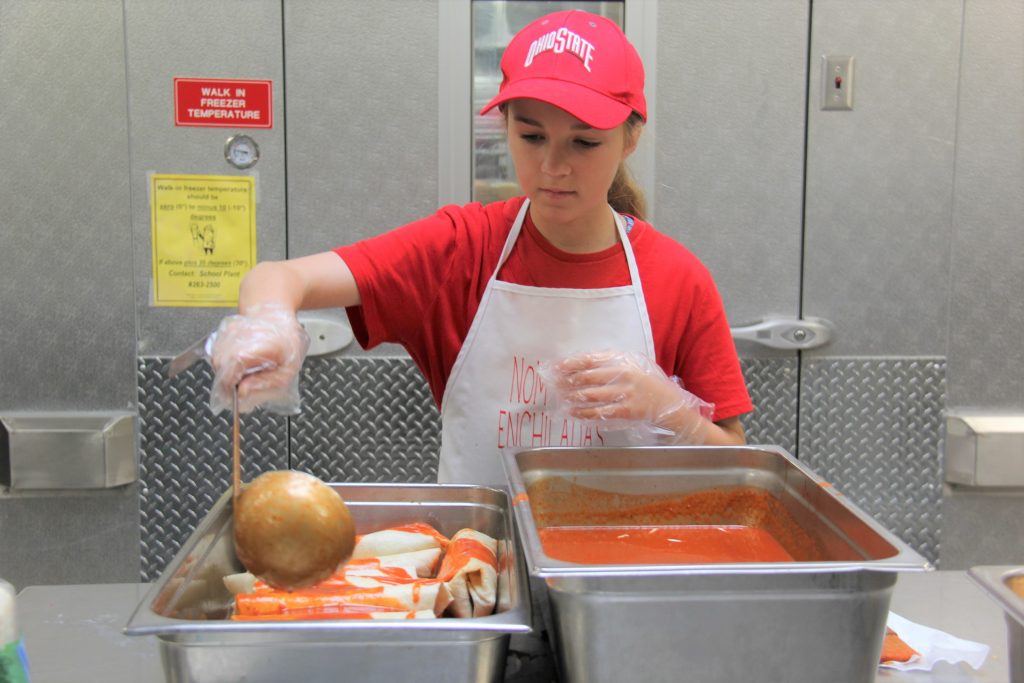 The competition was the brainchild of ODS health and physical education department chair Rachel Thompson. She thought of the idea when the school launched scratch cooking three years ago and knew it would be a good idea to get students involved.

Since that time, the annual competition has begun in the fall with a schoolwide kickoff event in October. Seventh-grade students in Thompson’s class then work in teams to develop entrees that consider caloric and nutritional values since the winning dish must meet division dietary guidelines to be served to students. To promote their dish, teams also prepare marketing materials, which they present to classes before a schoolwide vote to select the top three finalists. A team of teachers and administrators then sample the dishes to select the winner that is then served during a special lunch service called “Fine Dining Day.”

In addition to earning the coveted title of Top Chefs, the seventh-grade trio of Robbins, MollyJean Wick and Lila Korkalo had the opportunity to prepare their dishes: 500 enchiladas that would be served with a side of Mexican rice. 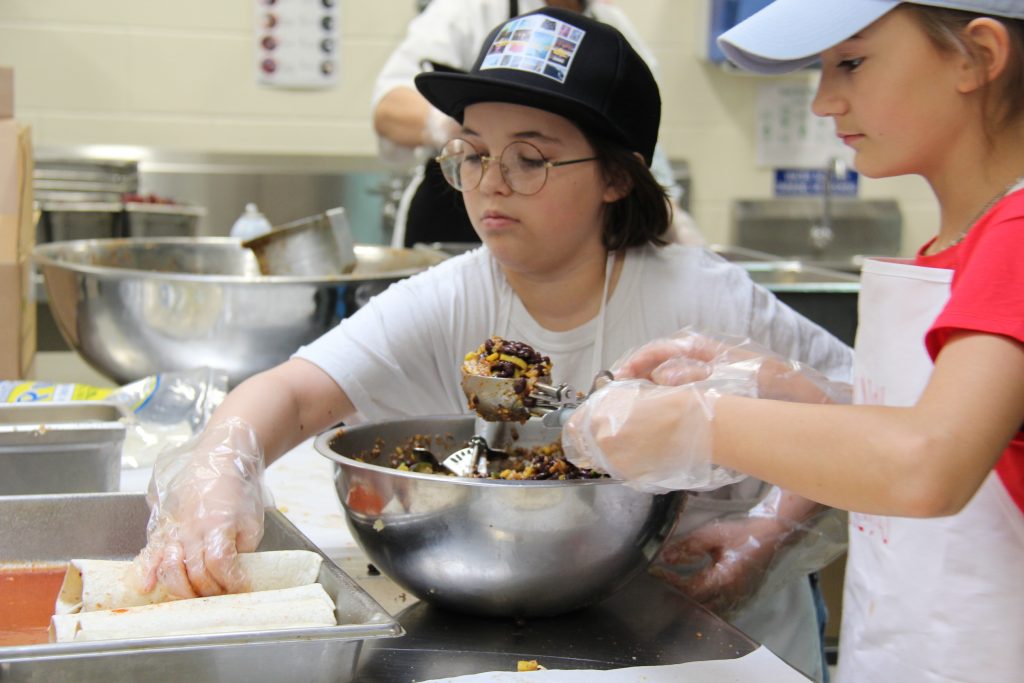 “It’s getting easier and easier every time we make it,” according to Wick, who said she liked the idea of the contest and the division’s scratch cooking initiative because “people need to have more fresh foods because it’s good for them.”

Fifth grader Michelle Cirbo, who had never eaten enchiladas before, said that “if this is what they taste like I want to eat more,” adding that the other reason she liked them was because they weren’t “processed or unhealthy.”

Scratch cooking is one of many sustainability endeavors in Virginia Beach City Public Schools. Read more sustainability stories by visiting the division’s blog, the Core.