Salem High School proudly boasts an environment that spurs creative growth and opportunity as well as inclusion. Creativity is naturally present as Salem is home to the Visual and Performing Arts Academy (VPAA). VPAA dance instructor Katherine Flint seized an opportunity to bring an event to the school that brought an even larger focus to inclusivity.

“On Display” is an art exhibit by Heidi Latsky Dance in which the people participating, the dancers, are sculptures. The Heidi Latsky Dance webpage defines this production as a project that is “disrupting space, dismantling normal, and redefining beauty.”

Flint decided to organize “On Display” for international day of persons with disabilities. 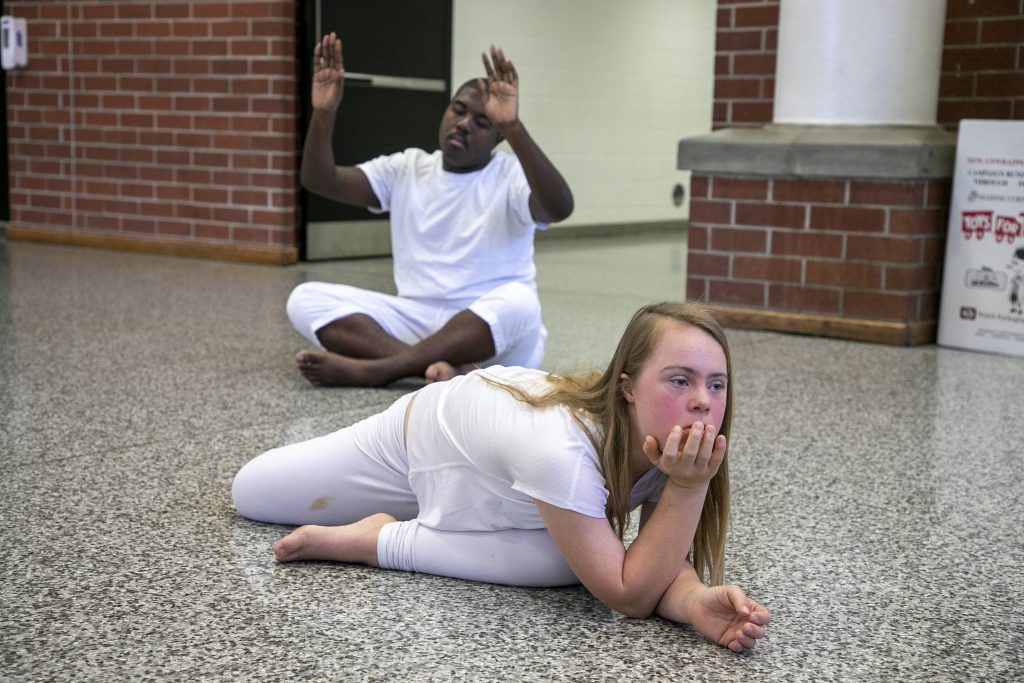 “This piece was built on the fact that as performers, such as dancers, models, or anybody that’s on stage, you are used to being stared at,” said Flint. “But also, if you have a disability, if you were born with a birth defect, if you are really tall compared to other people, or just something that’s different, you’re usually stared at as well. So as performers and disabled bodies we’re used to having people stare at us and this exhibit kind of diverts that stare.”

Performers may stand still during the exhibition or move around in different positions that represent them as art. Flint said eye contact is an important and symbolic part of the exhibit.

“If you look around the statues are all staring out, but when they catch your eyes they either engage with the stare or close their eyes,” explained Flint. “This shows taking back the power that the audience has, and basically making that line blurry between who’s really the audience and who’s really the performer because they’re watching you as much as we’re watching them.” 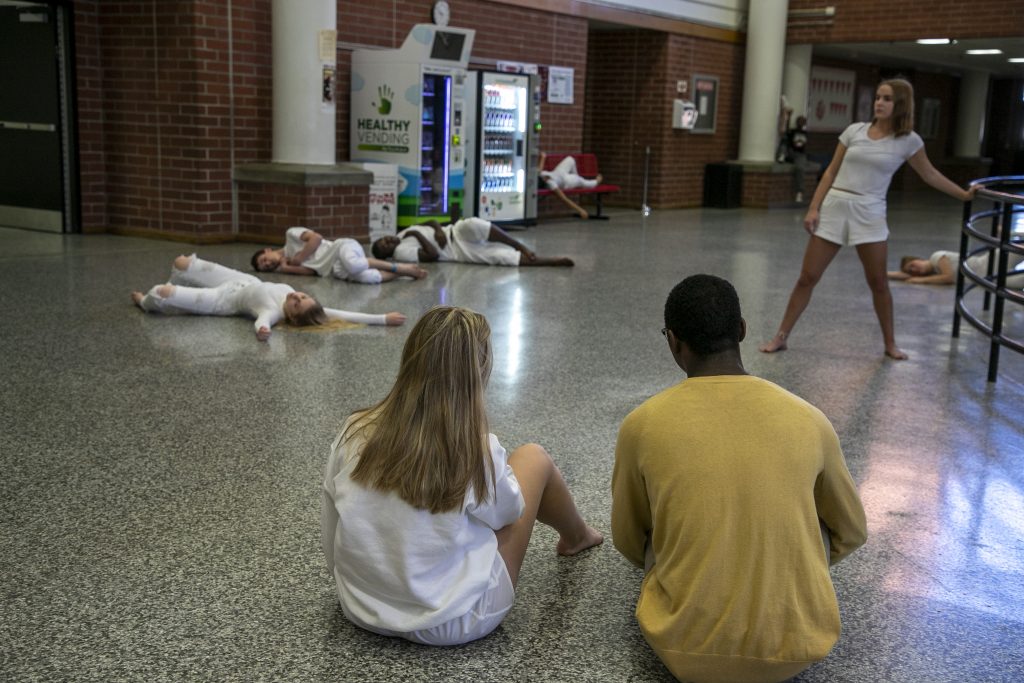 Teachers were invited to bring their classes to come view and participate in the performance. Both students and teachers reported that they were moved and inspired by what they saw.

“[On Display] is really cool. I’ve always known Salem is a really accepting school that has a lot of ways of pushing the boundaries of what is socially normal,” said senior Rukiya Varner. “But this kind of expression is really huge. They are casting light on people with disabilities in a way that’s not showing them off or putting them on show, but they’re putting them in the show. They’re incorporating them into what’s going on and it’s really cool to see them all kind of existing as themselves and as a collective.”

“It was really fascinating for me to watch the other students come into the event,” said Spence. “There was the initial awkwardness and then all of a sudden once you spend some time with it you’re like ‘okay. I think I see where we’re going with this,’ and you could see the students start to become part of the instillation and start to try to really feel and empathize and become part of the sculpture.” 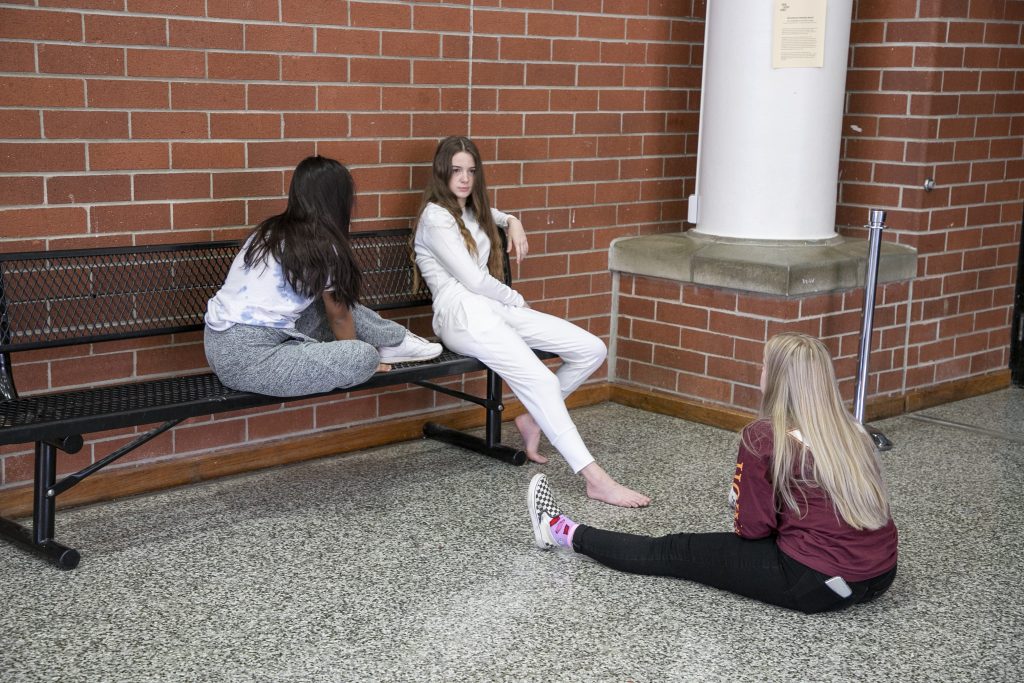 During the exhibition, some performers held their faces to represent crying while others held each other to represent acceptance. When the performers interacted with each other, the raw human connection between them was visible. Freshman performer Tony Huynh, was enthusiastic about participating in “On Display,” as he is very interested in art.

“I really like art, I like to draw and make things for teachers,” said Huynh. He also hopes that this performance will help people to be more understanding.

“The message is to appreciate everybody and to appreciate yourself, and to be okay with who you are and your decisions,” explained Flint. “It’s really to just bring awareness to international day of persons with disabilities, and to remind everybody to be a little bit nicer and kinder to all of us.”