Leading up to last year’s Something in the Water festival, Virginia Beach native Pharrell Williams took time to give back to his childhood elementary school, Seatack Elementary, through a makeover of the school’s garden. Now, Williams, his foundation and event organizers are working on another garden, this time at Bettie F. Williams Elementary School.

“It’s a way to show the importance of working together and collaborating,” stated Dr. Carolyn Williams, the performer, songwriter, producer and entrepreneur’s mother. A former educator in Virginia Beach, she has been involved in science, technology, engineering, arts, mathematics and motivation (STEAMM) summer camps at the school for eight years since they were made possible by her son’s foundation, YELLOW, formerly known as From One Hand To AnOTHER.

“A garden is just so serene and peaceful and a better way to introduce the students to a different world,” Dr. Williams added.

To get the project started, 12 of the school’s fourth graders were invited to give their input during a garden design workshop, led by landscape architects from the firm WPL, City of Virginia Beach landscape services and Visionscapes Land Design & Installation. Representatives from YELLOW and Dr. Williams were also present and watched as students immersed themselves in the possibilities. 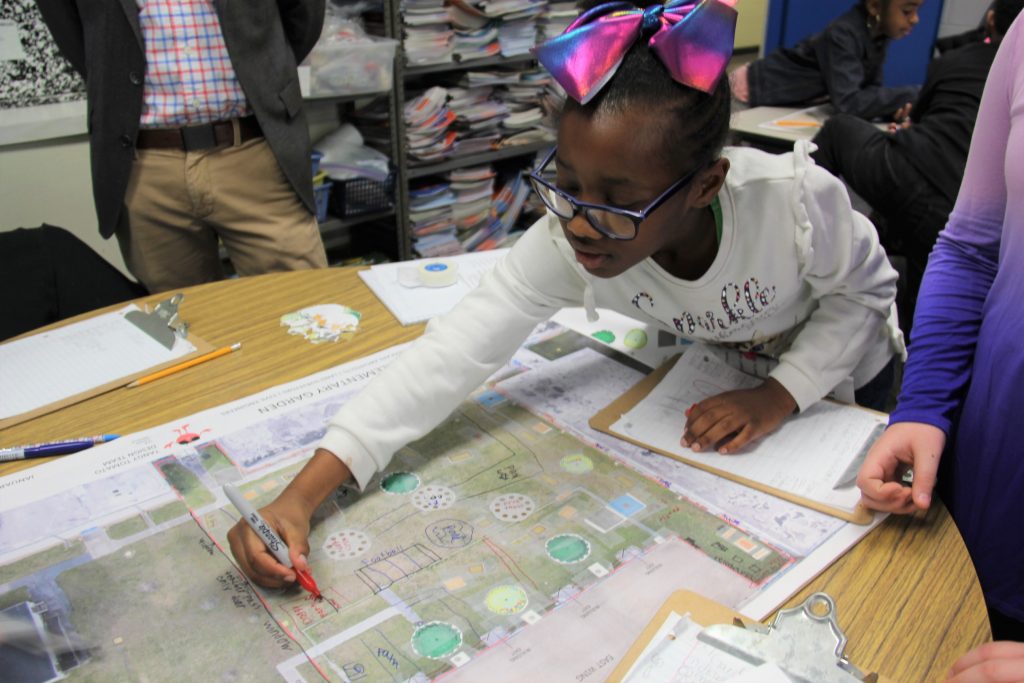 “We can put a recycle area in the back,” fourth grader Justice Brown enthusiastically shared with classmates in the ‘tangy tomatoes’ design team. Other teams were ‘cool cucumbers,’ ‘big beets’ and ‘large lettuce.’

Each group huddled around a site plan tasked with situating miniature paper cutouts of garden elements such as toolsheds, plant beds, rain barrels, trees and a gathering circle. 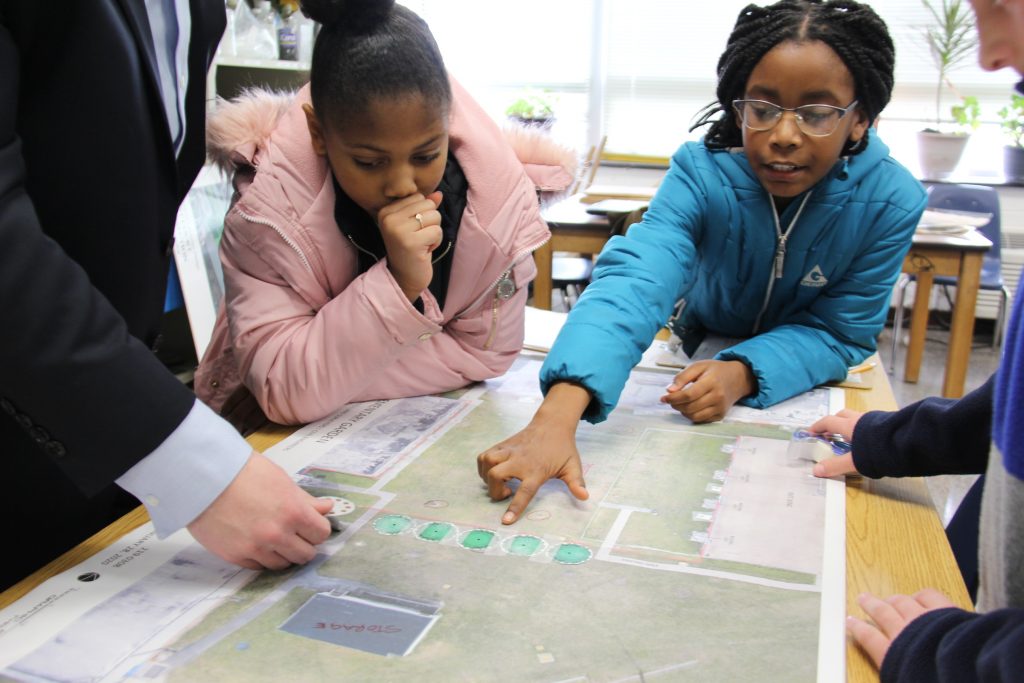 “Let’s build a treehouse,” one student voice could be heard from one table, while another said, “Let’s do a doggie park.” 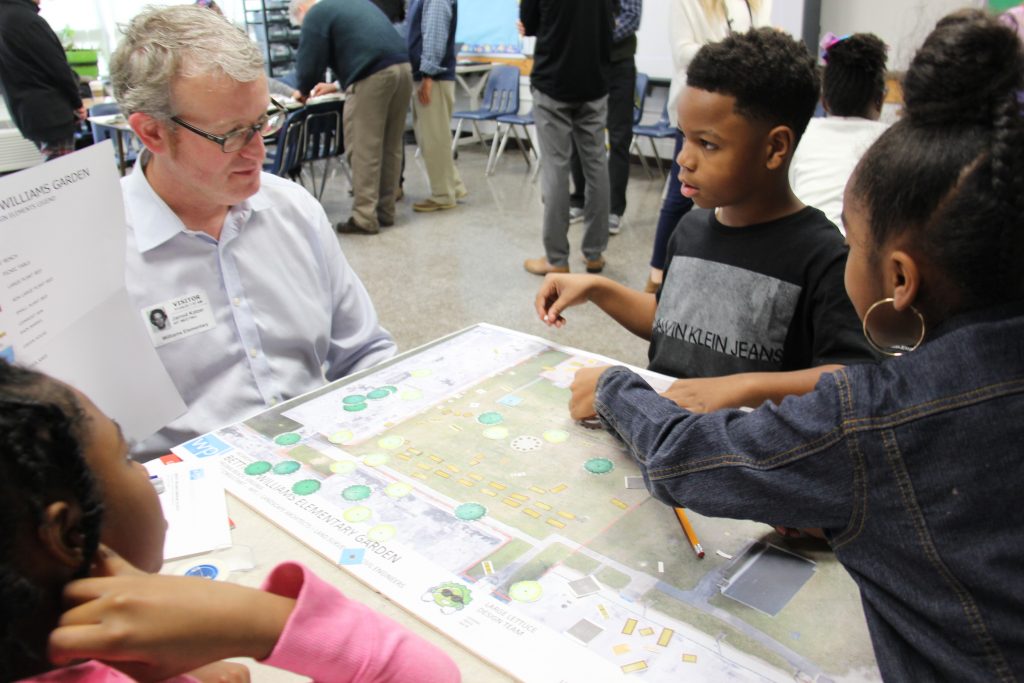 After approximately an hour of discussing ideas and meticulously rearranging garden elements from one space to another on their boards, the students came back together for an all-group sharing. Once back in their office, the architects will look for common themes amongst the boards before returning to the school with a draft to share with students. 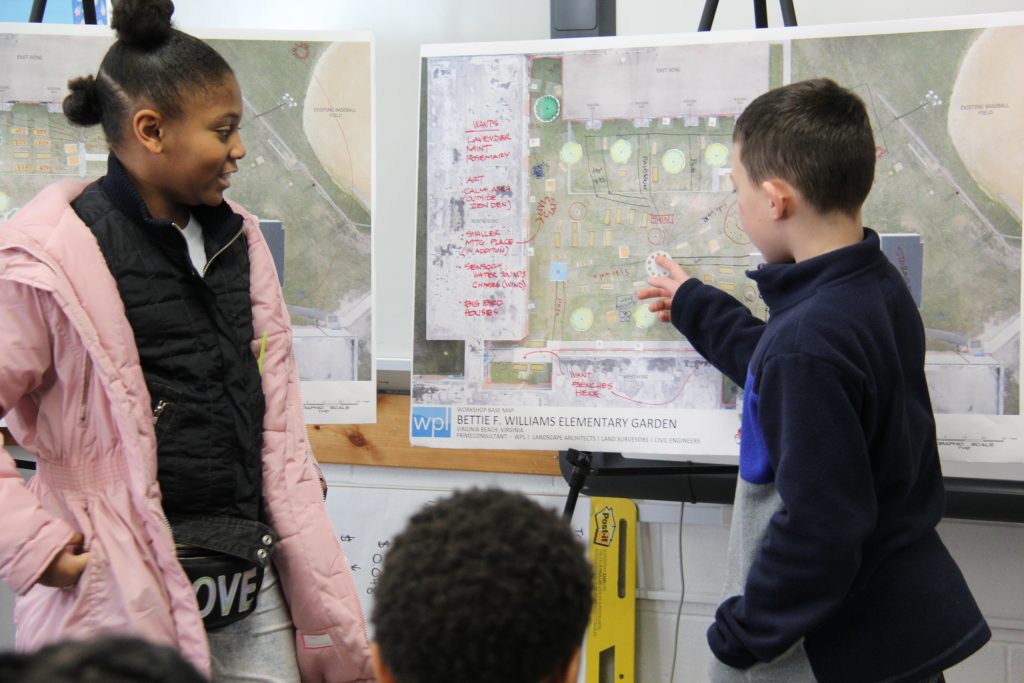 Fourth grader Lehana Dailey said she was excited to see how it would all come together, but for her, the day was already a success. “My favorite part was working together.”

By 8 a.m., New Castle Elementary School baker/cook Pat Rodriguez was in the final stages of coring a hotel pan full of apples to bake in the oven topped with […]