By 8 a.m., New Castle Elementary School baker/cook Pat Rodriguez was in the final stages of coring a hotel pan full of apples to bake in the oven topped with a pinch full of cinnamon. 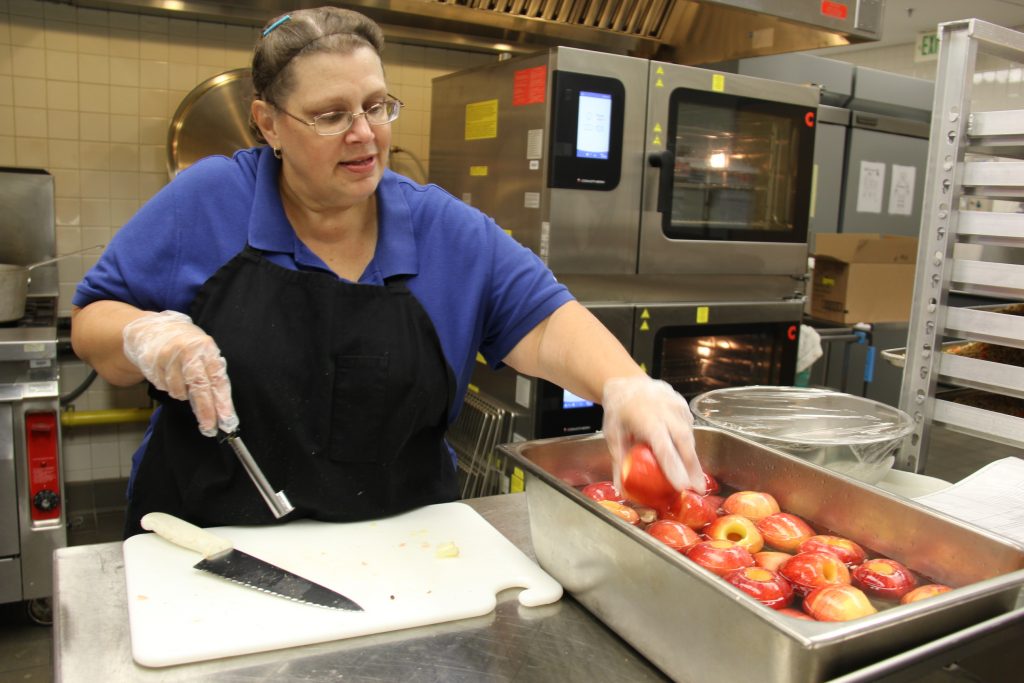 Next to her, chef assistant trainer Cedric Jackson was assembling an industrial-sized mixing bowl to whip up batches of sweet potatoes for the day’s soufflé. 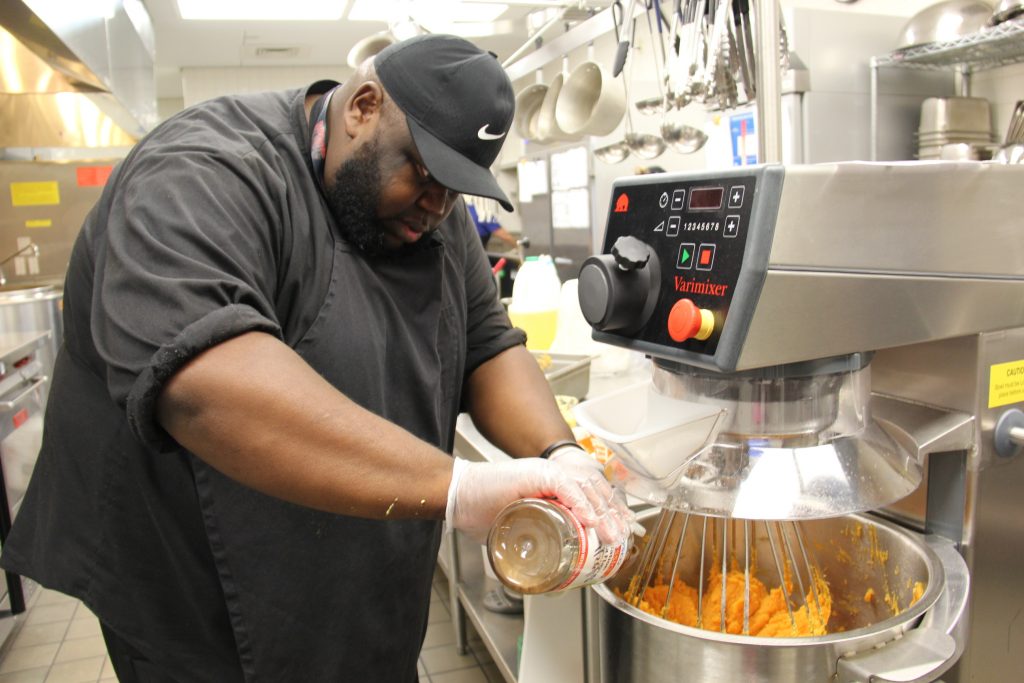 One table over, cafeteria assistant Mary Richardson was topping chicken salads with homemade croutons to be served with scratch-made salad dressings. And on the stove, a stock made with vegetable leftovers slowly simmered to use another day in Mexican or cilantro lime rice. 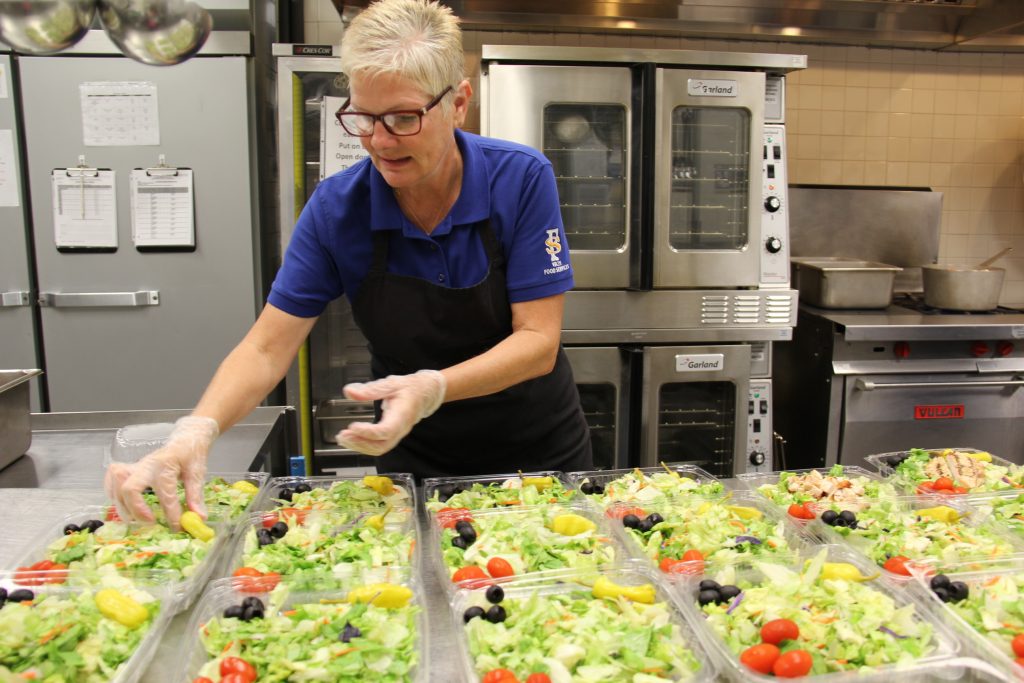 This was not a fancy hotel kitchen, but rather morning prep at New Castle Elementary School’s cafeteria one of five schools added to the division’s full scratch cooking initiative this year, bringing the total to eight.

As a former chef, cook and general manager for notable Hampton Roads restaurants such as Byrd & Baldwin and 4-5-6 Fish, Poole knows the importance of consistency.

“Whenever you go to your favorite restaurant, you know you like a certain dish because it’s a consistent and efficient product,” he added. “What this means for students is that we want to make sure, whether it’s the tater tot bake or fiesta nachos, that the food will taste the same every time.”

Over the past year, the division’s Food Services hired a team of lead trainers who have been training cafeteria staff. Trainings continue every Tuesday and Thursday.

“My manager and I went through the training right before school started and we cooked everything,” Rodriguez explained. “They had displays and showed us how to cook everything. As I’m doing it, it’s getting easier and easier.”

She said that the students love the food. And she’s right.

“It tastes like pumpkin pie, but it isn’t,” fourth grader David Main eagerly shared with his lunchtime tablemates, referring to the sweet potato soufflé. That dish was one of the scratch items that he heard “Chef Ced” promote via the school’s student-broadcast morning announcements something which Jackson does every day. 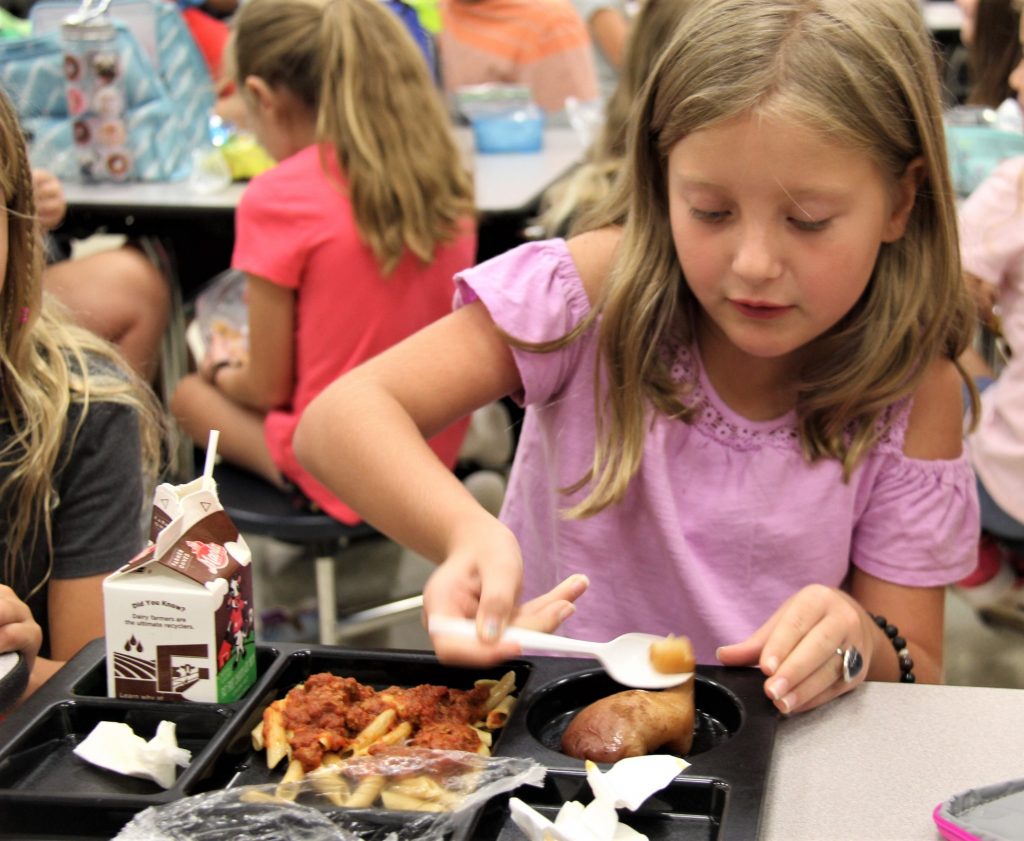 “It’s good. It’s baked, and it has a little touch of cinnamon to it,” she remarked about her tasty side dish served as an accompaniment to pasta with homemade meat sauce.

At yet another table, third grader Nariah Ivory was enjoying her green beans, which she said were “healthy for everyone.”

Principal Heather Quinn said that it’s not just the students and teachers raving about scratch-cooked food. Parent Rachel Corpuz sent her a supportive and well-humored email, sharing that her children tell her “every day the lunches are amazing, and I should take pointers from the chef at the school to make better dinners! I just wanted to tell you thank you, but to take it down a notch because I am not that great of a cook! LOL.”

Kitchen staff proudly display that email in their office.

Chef Poole says that while they continue to expand the full scratch cooking initiative divisionwide, all schools have elements of it in their school cafeterias.

It’s an exciting time, he said. “The goal is to implement scratch cooking and to execute it well.”