The early bird gets the worm, advises the well-known proverb.

It proved to be true for two teams who arrived early to the school division’s third annual Maker Expo held Feb. 17 at the Advanced Technology Center.

Members of Salem High School’s 3D Devils team were set up and standing by their product board more than an hour before the event began. The Great Neck Middle School Flaming Rays set up the first middle school display down the hall. Four hours later in a closing awards ceremony, each team won first place in the Maker Expo’s overall category for their respective school levels. 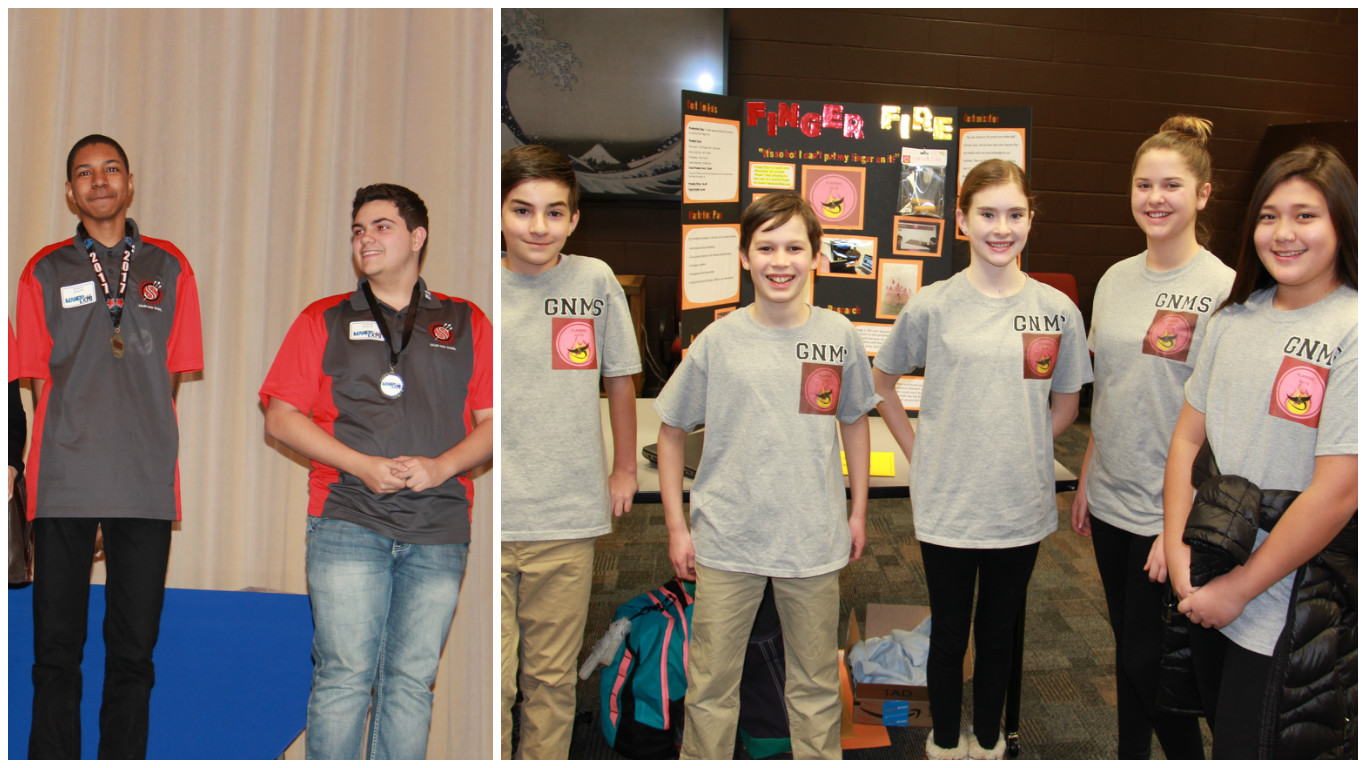 The Maker Expo was added as complementary event to the school division’s annual Robotics Challenge three years ago.

“The Maker Expo came as an idea to get more kids involved with STEM and to get more teachers involved as mentors. It was added in as a way to attract a student with a little different approach. Some might say, ‘I’m not interested in robotics. I don’t want to do any remote control stuff but I might want to build something or design something,’” explained Charles Hurd, coordinator of engineering and technology education in the school division’s Office of Technical and Career Education.

Hurd’s colleague Stephanie Walters, STEM and entrepreneurial program specialist, agreed that the event is another pathway to peak students’ interests.

“We thought, let’s explore something where kids can be imaginative and create things they’ve never even thought about. We’ll have a Maker Expo. We’ll use the 3D printers we have deployed in a lot of schools,” said Walters. “We really want to promote entrepreneurship and provide opportunities for them to be creative and promote their own ideas.”

More than 40 student teams from 29 schools accepted the challenge in October to design, create, package and promote new inventions for year’s task – to create a product related to adaptive technology to assist persons or animals with disabilities. 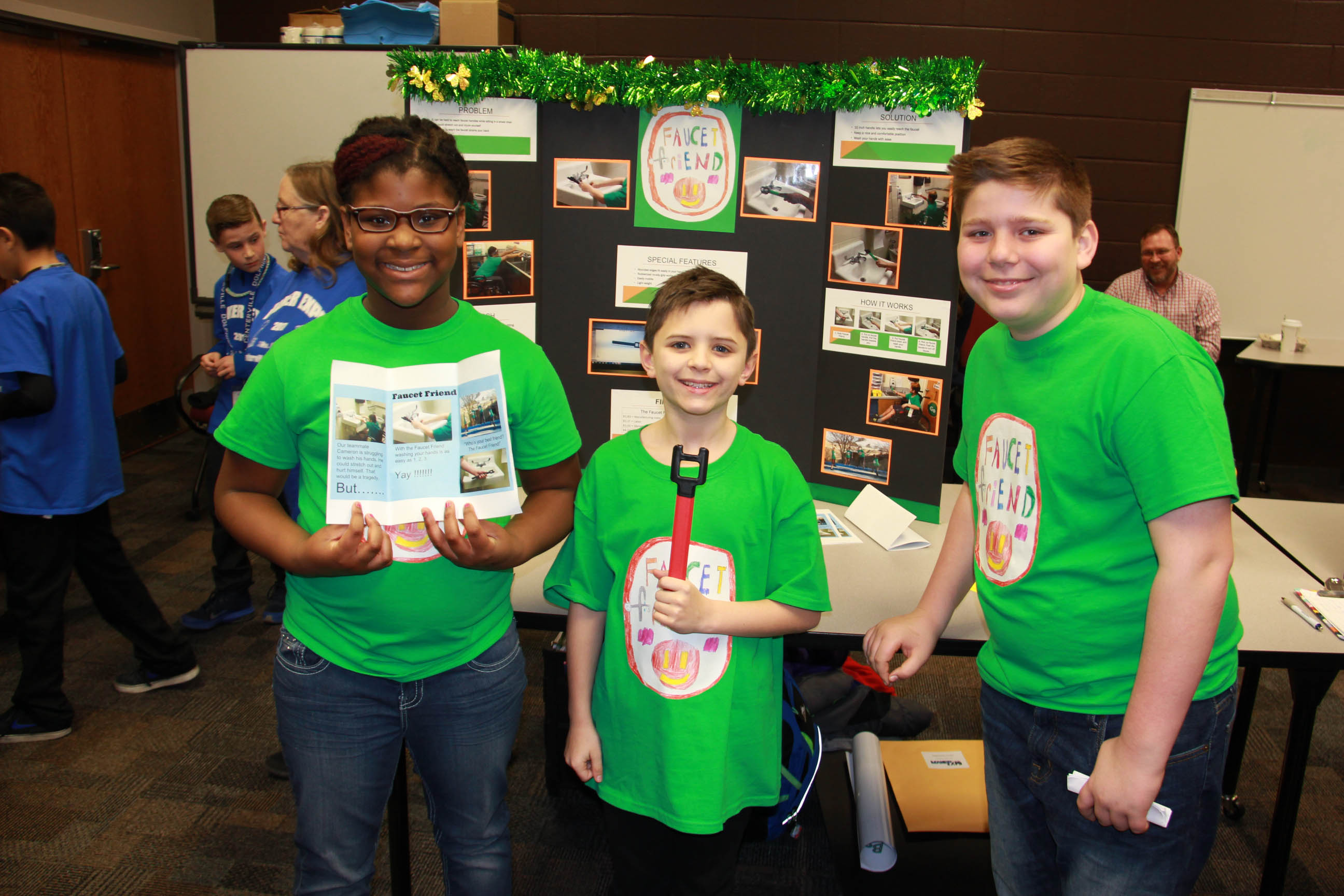 A panel of judges evaluated teams in four categories – infomercial, product pitch, product package and product poster – and medals and ribbons were awarded to the top teams in select categories and for overall performance. The 12 overall winners advance to the Maker Challenge held at the STEM Trifecta June 8.

In a new twist to the Maker Expo, event organizers introduced Wild Card winners that were randomly selected at the end of the awards ceremony by Superintendent Aaron Spence. He was asked to draw one team name for each of the three school levels, and those teams automatically qualified to join the 12 overall winners at the final Maker Challenge. Three teams very surprised and very excited teams, who thought they were out of the competition, accepted Maker Expo medals onstage from Spence and Sara Lockett, director of the Office of Technical and Career Education. 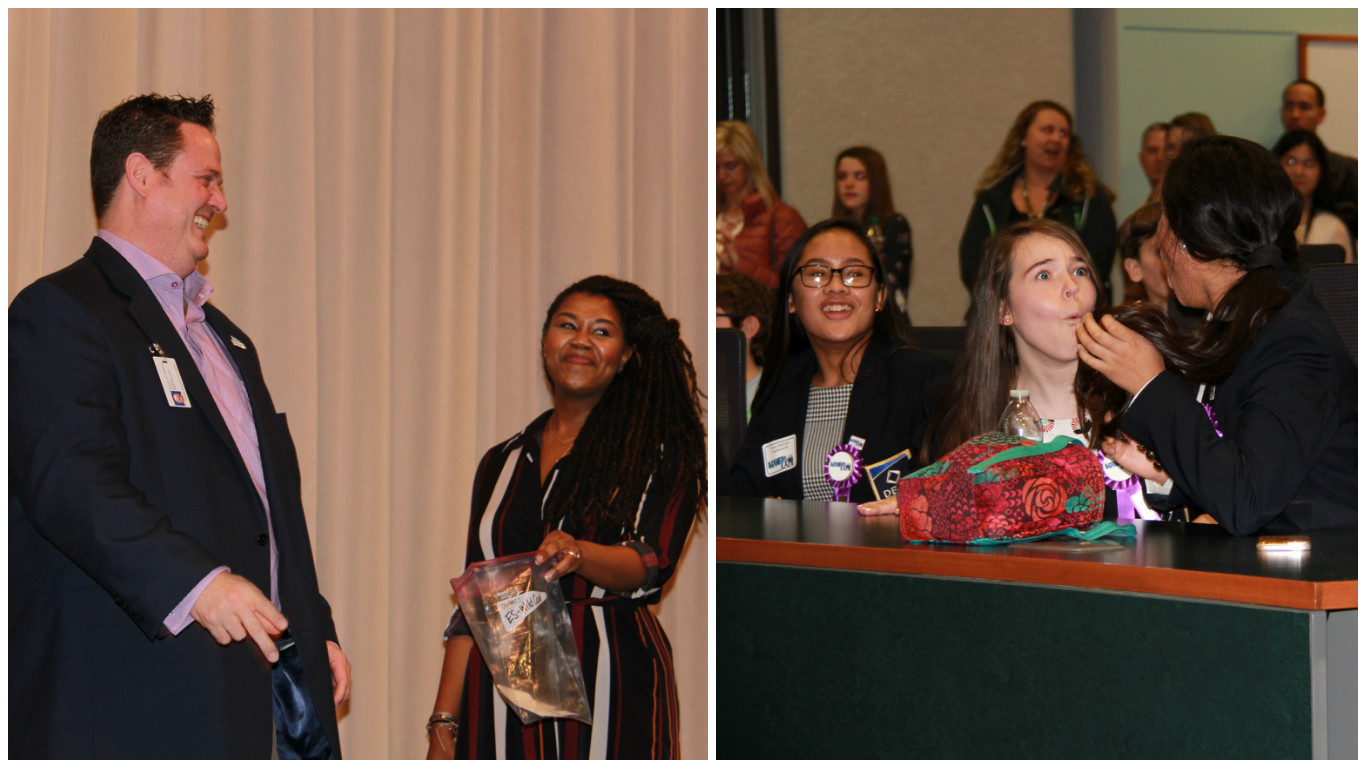 Congratulations to all of the 2017 Maker Expo award winners!

To view photos from the 2017 Maker Expo, visit the VBSchools Facebook page.

One thought on “Students pitch new products at 2017 Maker Expo”