Hollywood glamour is not exclusive to awards shows this time of year. Christopher Farms Elementary School (CFES) is rolling out the red carpet for some celebrities of its own. 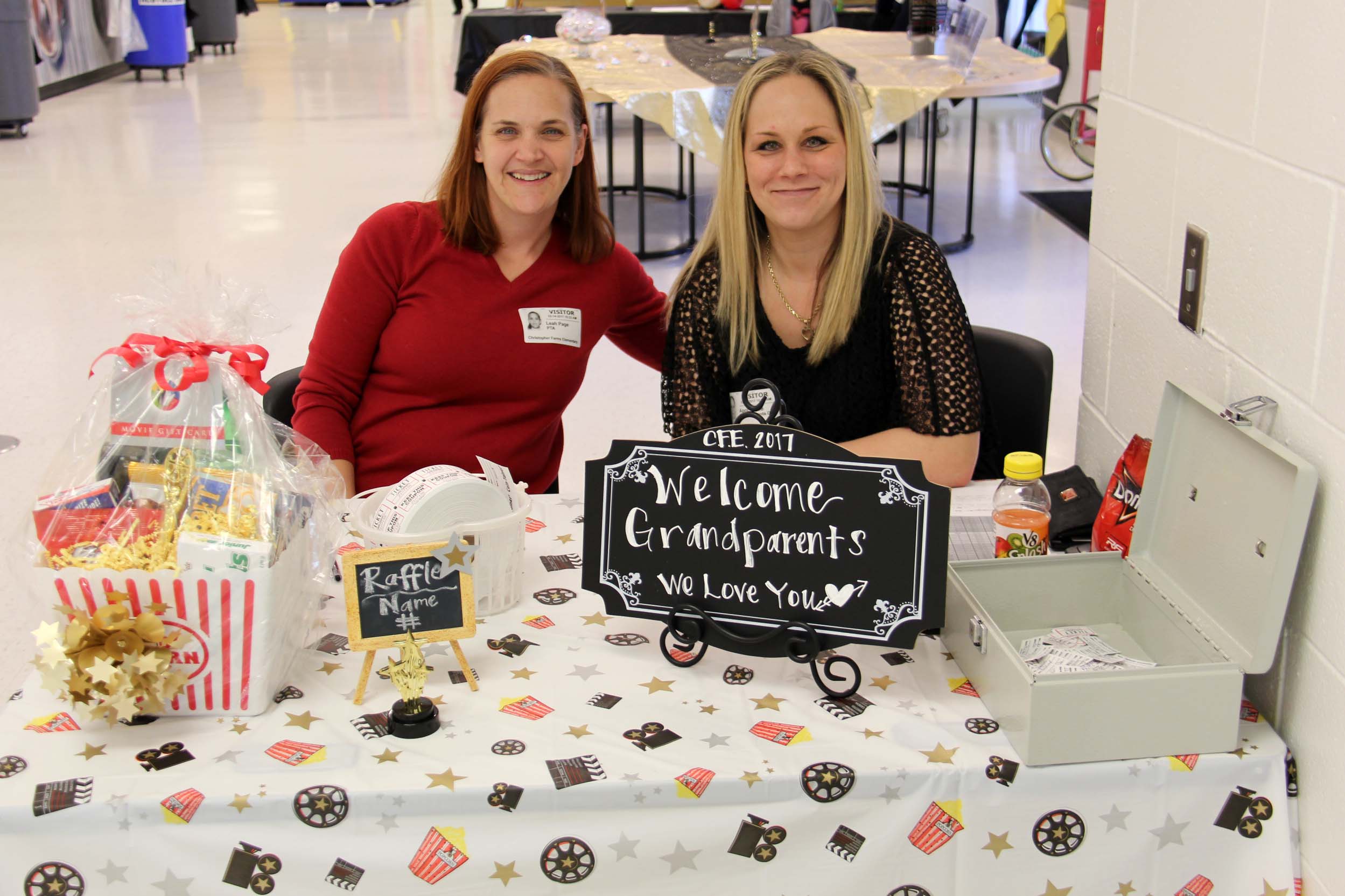 Lunch tables were covered in black and gold tablecloths and adorned with film reels and gold statuettes. Background music by Frank Sinatra, popcorn from a vintage machine and a VIP photo booth completed the cinematic theme. 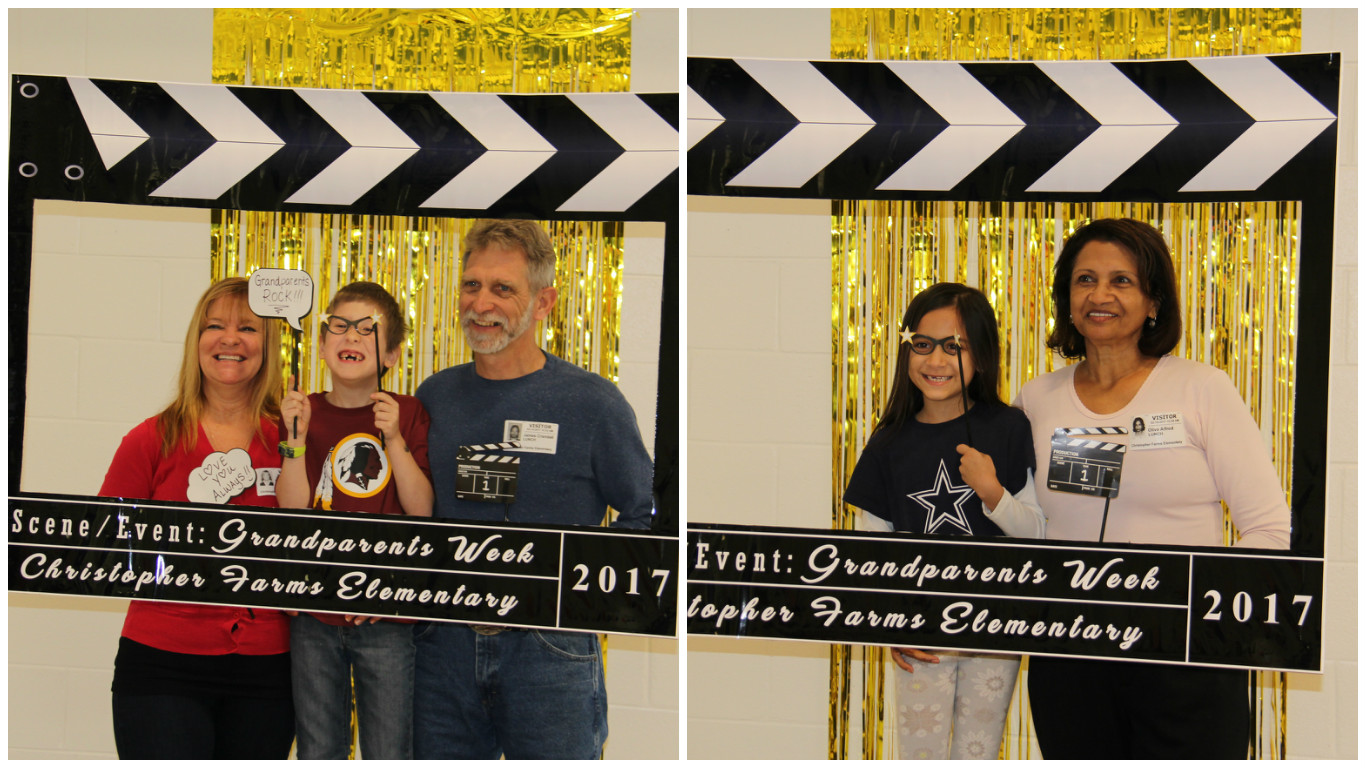 The school used to host an event for grandparents on a day before the Thanksgiving holiday. The participation was so great that it was expanded to an entire week a few years ago, according to CFES Principal Teri Breaux.

Why celebrate in February when National Grandparents Day is on the calendar for September?

“Because we love our grandparents,” said Breaux, so the PTA intentionally schedules the special event for the week of Valentine’s Day.

CFES parent and PTA volunteer Monica Cook, who helped with the Hollywood decorations, manned the photo booth during lunches on Valentine’s Day.

“Just watching the grandparents, especially today, it’s really exciting to see them come in and spend time with the kids,” said Cook.

Phillip Hull, who retired in July, remembers the Grandparents Week crowds when he was working at CFES. Now he’s joining the festivities with his wife Sharon and their granddaughter Keira Hull. 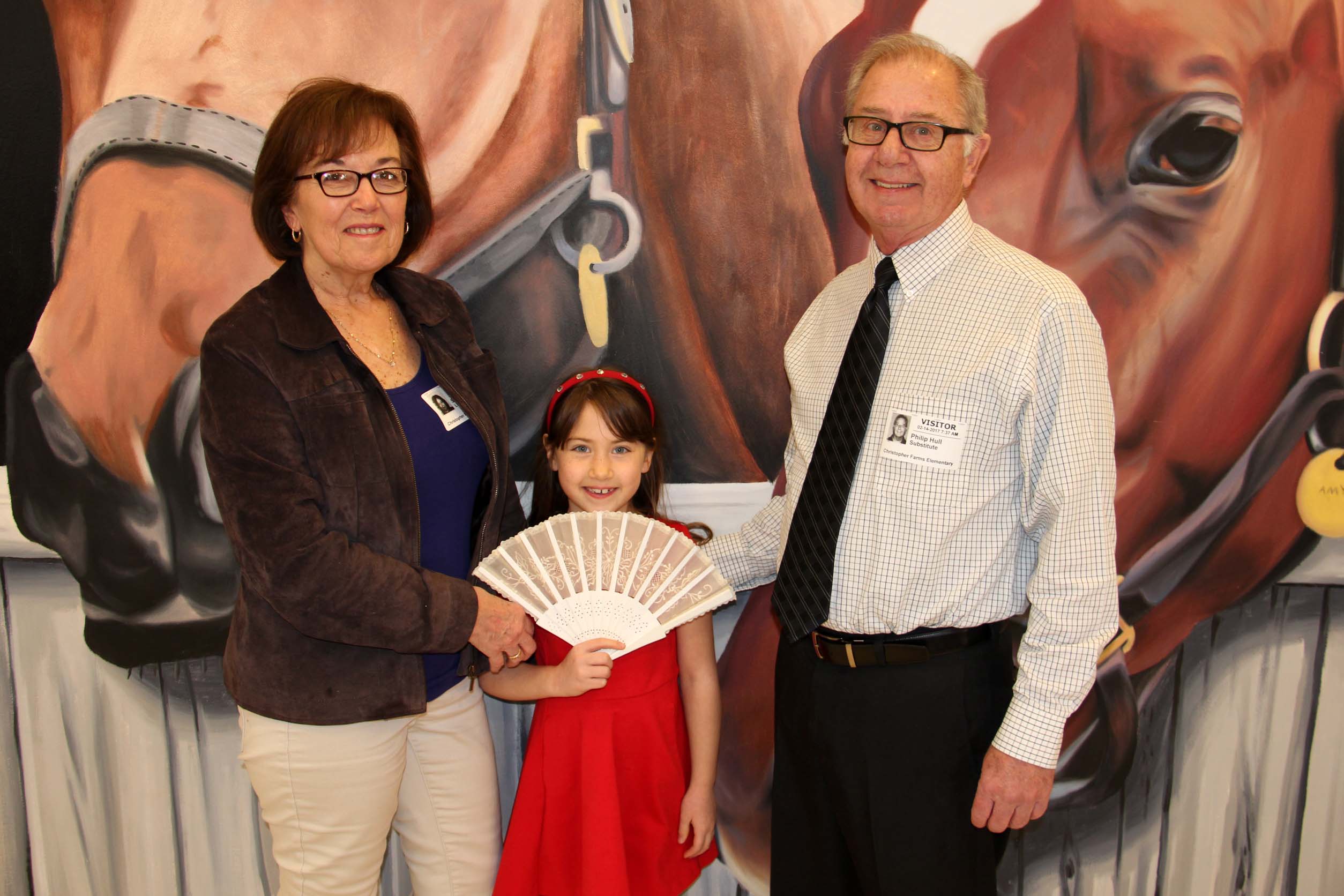 “It’s different from raising your children,” said Sharon of being a grandparent. “You can have all the fun you want with them and give them so much that maybe you couldn’t when you were a working parent. You can spend more time with them and do activities with them.”

Keira’s favorite activity with her grandparents puts her in charge.

“I like to play school with them. I pretend to be the teacher and they’re the students,” she said.

“She’s a very tough teacher,” added Sharon. “But she’s my sweetheart. After three boys [of my own], she’s my little angel. She’s the only grandchild so we love coming in and meeting her friends from school and they get to know me. It’s just fun spending time with her.”

Celebrating their first Grandparents Week at CFES were Dottie and Charles Goldman whose two grandsons are new to the school. While enjoying lunch with grandson and kindergartener Brendan Wingett, they discussed the “Grandparent VIP Interview” questionnaire left on all the tables to help students learn more about their relatives. 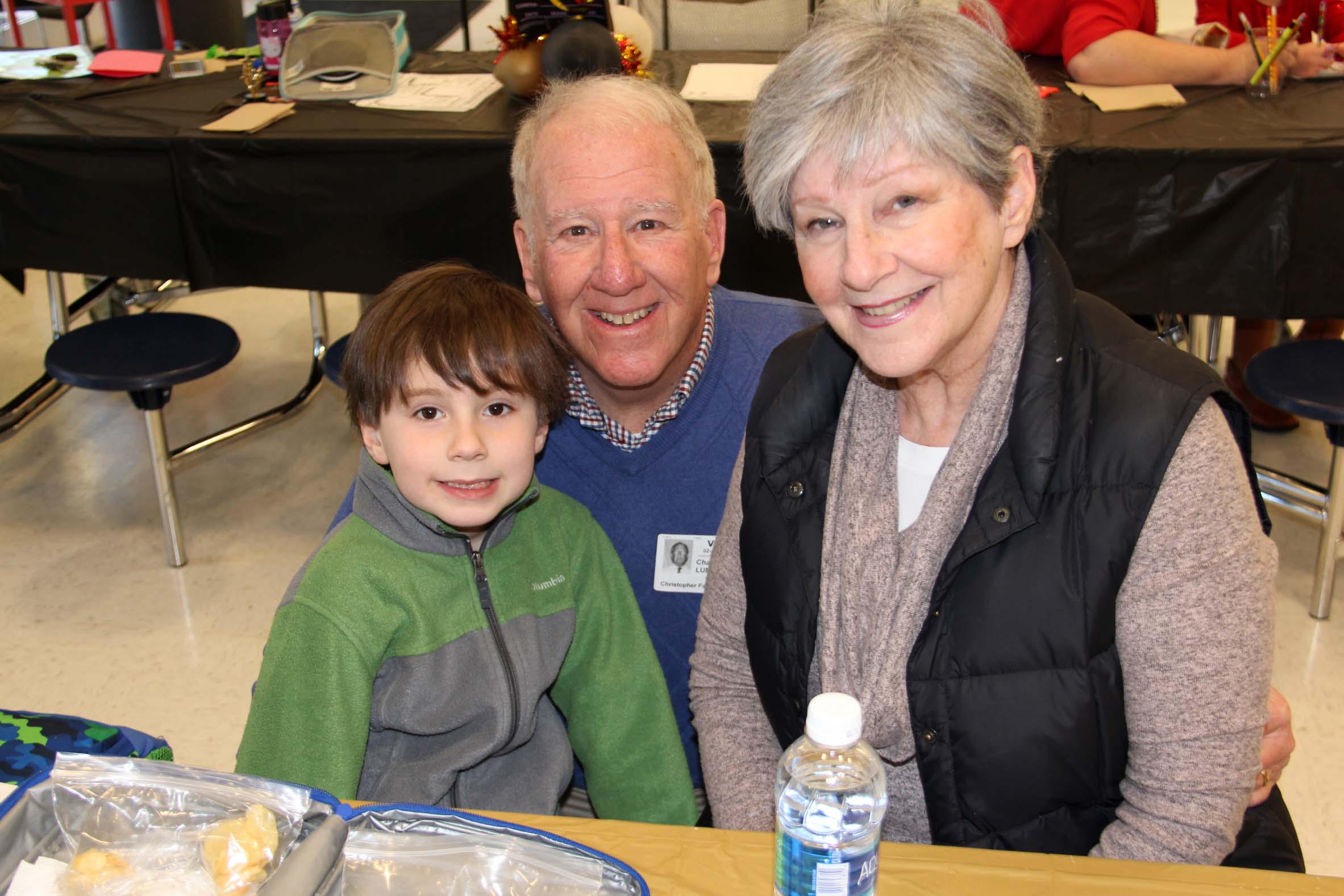 “He didn’t know I was born in Waco, Texas,” said Dottie, who has lived in Virginia Beach since 1973. “My dad was a pilot during World War II, and he was a flight instructor before he went overseas. He was in the Pacific.”

Second-grader Alicia Ortiz also appreciated the time to talk with her grandmother, who lives in Florida half of the year.

“I really like it because I at least get to see her because she lives far away,” Ortiz. 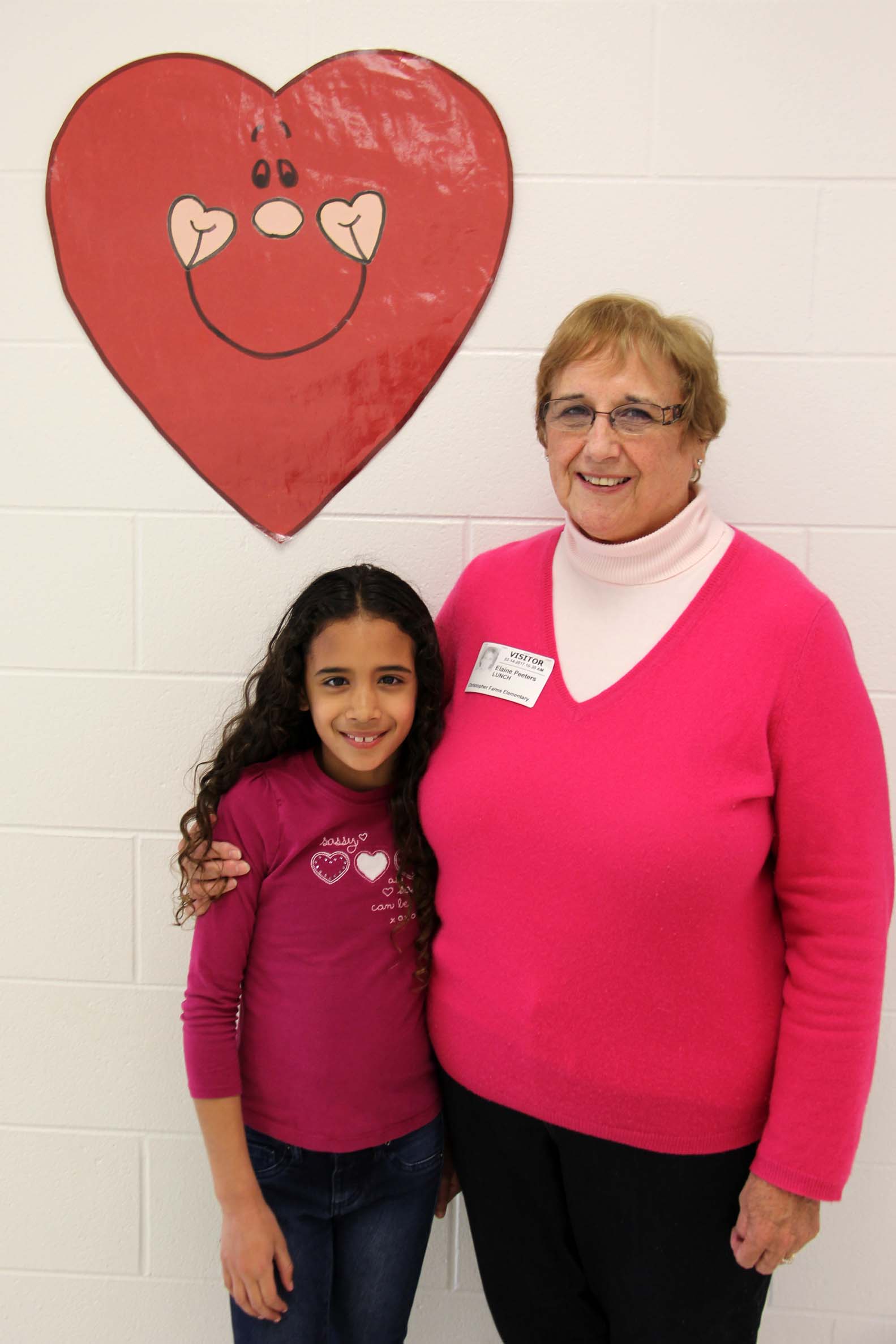 A second-grader nearby clarified that his lunch guest was not his grandmother.

“She’s Emie!” he announced. “When I was little I couldn’t make up a hard name like grandma, so I just called her Emie.”

After finishing the McDonald’s lunch and hot fudge sundae Emie brought, he said, “I want her to come have lunch with me forever.”

“I love coming to have lunch with my special boy. It’s so much fun and it’s very important. It helps to encourage them more. It makes them want to do well in school.”

For that reason and many more, CFES happily celebrates grandparents in February and their important role of filling the world with love. 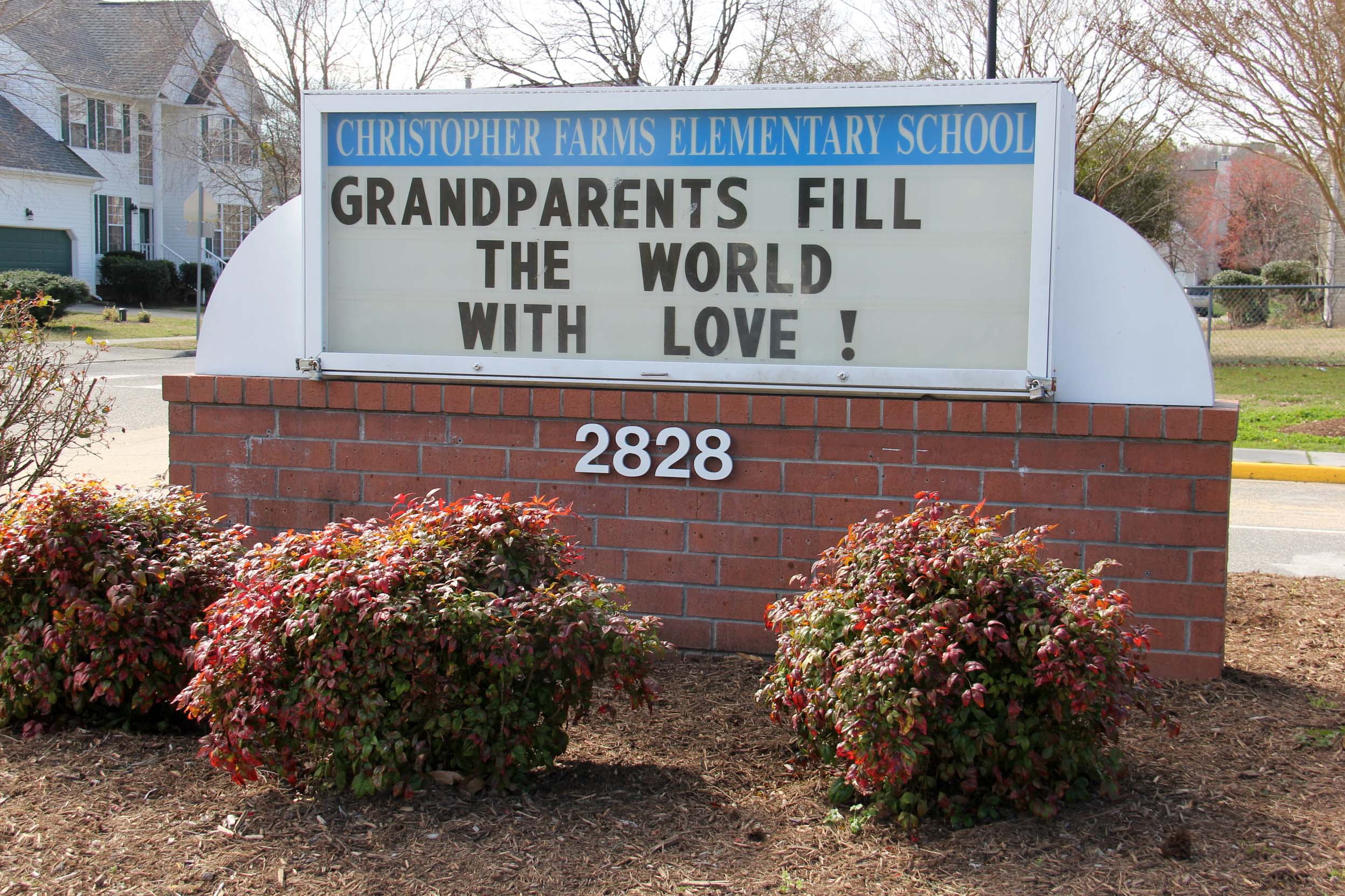