This is on top of the homework, athletic practices, jobs and family matters they also have on their lists. 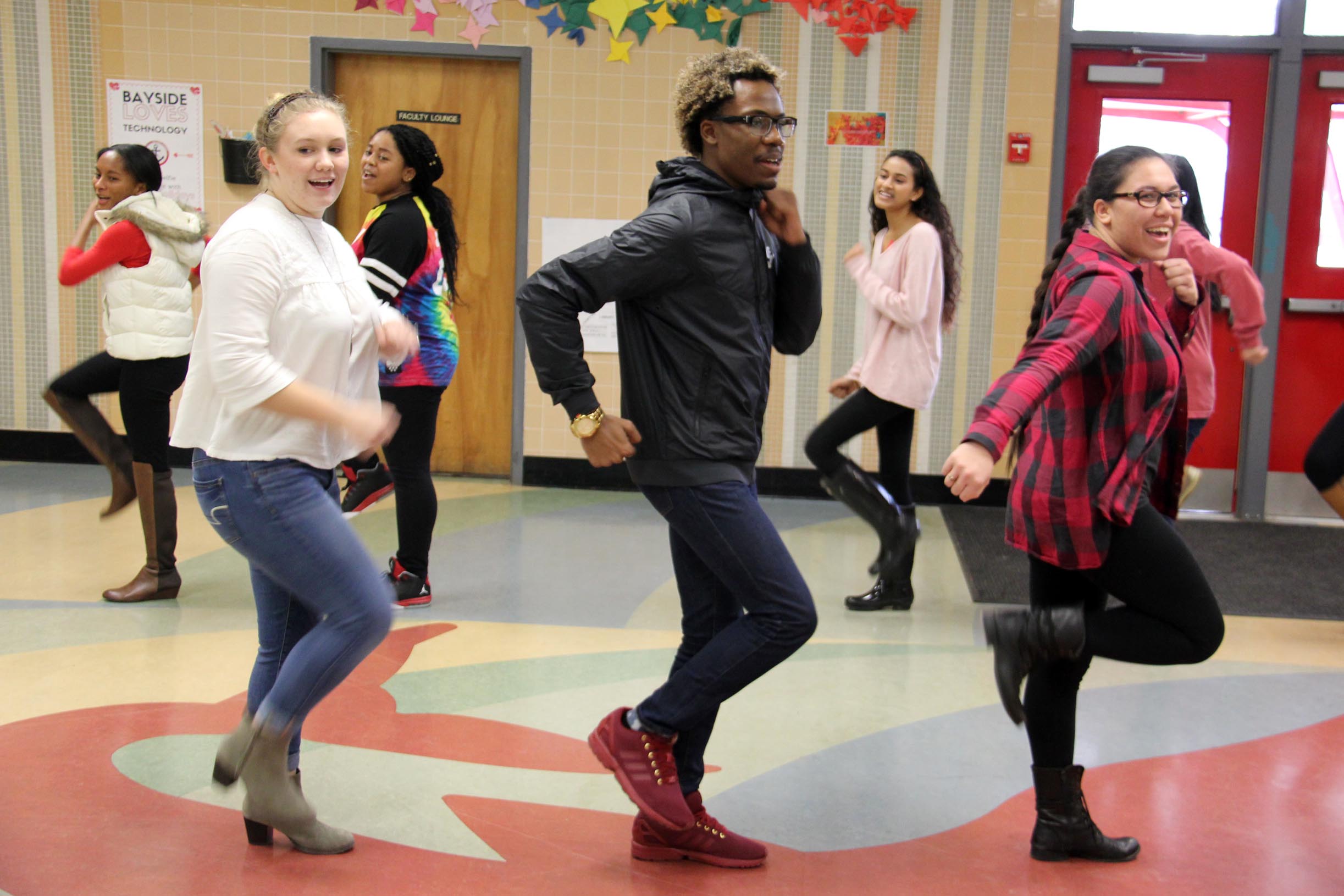 The 1999 OLHS graduate served as SCA secretary and SCA president in addition to being a student athlete and volunteering her time with other activities. But Williamson admits she didn’t foresee that as a rising ninth-grader.

“I came into Ocean Lakes wanting to be involved,” she said. “I played tennis, but I didn’t really know anything about SCA. So I was probably one of those kids that was like, ‘Oh, I want to run [for office], but I don’t know what I want to do.’ And then I found out what I was meant to do.”

She credits great teachers, her principal and her SCA adviser for inspiring her and for providing multiple opportunities to learn, lead and give back to her school.

Now she is the one fostering such opportunities for high school students, and the 16 students serving on the leadership workshop staff are learning valuable lessons from the experience as she did.

“I’ve learned how to take responsibility,” reflected senior Shayanne Harvey. “It’s about stepping up and completing tasks on time — doing more, doing all that I can.”

“I have learned how to be a leader in a way that isn’t controlling or assertive,” said senior Shaina Moondra, workshop co-coordinator with Williamson. “Cooperation skills are important.”

Jalina Sabado, senior, agrees. “I think the biggest thing I’ve learned is working with others. Even though I might not be the best of friends with someone, the ultimate goal is those delegates this weekend,” she said.

Sabado also knows that her experience working with groups will help her when she graduates high school. “Working with colleagues in college and the workplace will be easier with the things I’ve learned here,” she added.

“I’ve learned that I definitely have more to learn,” admitted senior Leilani Nieves. “I’ve been involved with SCA and clubs for a while, and I thought I knew group dynamics. But then it was harder than I thought it would be.”

Communication is key, something senior Sangeeta Sharma learned. “It was important to make sure we all were talking to one another so we could help each other out when we needed it most,” Sharma said. “It was nice. We were able to accomplish a lot.” 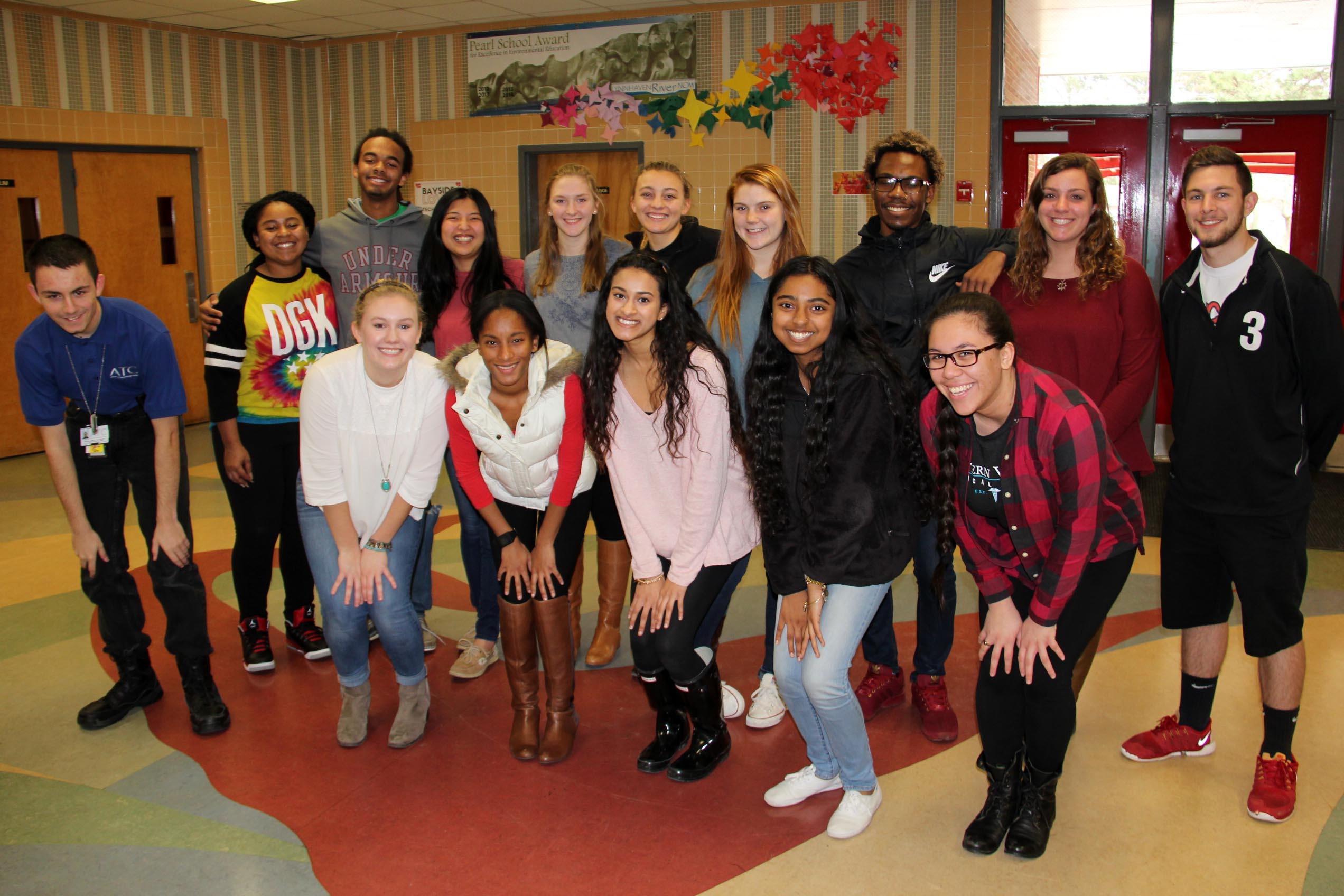 All of their efforts came to bear in a weekend workshop Feb. 27-28 held in Wakefield, Virginia, focused on the theme “Changing the Tide.”

“I hope they do want to get more involved in school after the weekend,” said senior Katie Phipps. “They might just do school work and not get involved, so maybe [workshop] changes how they perceive high school as a whole.”

“For me personally, it means getting more males involved in leadership roles,” said Moondra of changing the tide at Bayside. “I’m really going to focus on getting the males to step up.”

A male who has stepped up, senior Triniti Gadsden and first-year workshop staff member, said, “I hope that they see that being a leader can be fun. And there’s more to it than just saying, ‘I’m the leader.’ You have to back it up with your actions and your interactions with others.”

“I hope that something just lights their fire for being involved because it just takes a little something for you to want to be involved later,” said Nieves.

Moondra agreed with Nieves, noting that she hopes Bayside’s workshop inspires students to “decide they want to be a part of something that’s ultimately bigger than themselves and bring back the skills they learned to make a difference at school.”

Giving back to their school is what Williamson likes to hear. “It’s about leaving Bayside a better place,” she said. Her student leaders also give back to other schools by supporting leadership workshops at middle and elementary schools they attended.

“I think Leilani said it best. We want to ignite the fire. That’s a perfect answer,” said Williamson. “Maybe something as small as this will ignite what can be a lifetime of wanting to be involved. Just for me personally, I got involved in high school. I got involved in college, and now it’s my life. I see these children more than I see my own family because it means a lot to me.”

“I love Bayside,” she added. “It’s nice to come back and see a little bit of myself in these kids’ eyes.”

The Bayside High School leadership workshop is supported in part by a Virginia Beach Education Foundation (VBEF) grant underwritten by Nancy and Robert DeFord as well as the Virginia Beach Education Foundation. To learn more about how you can support innovative and creating learning projects through the VBEF, visit www.vbef.org or call 757-263-1337.