His online name is “Speech Jumper,” but second-grader Harvey Coots didn’t launch his YouTube series two weeks ago seeking fame, he did it for a more noble reason.

His YouTube reading series, which launched May 16, is dedicated to helping people with “bumpy speech” as he describes it. In each episode, he plans to read a different chapter of E.B. White’s Stuart Little children’s book and provide subscribers strategies to help with speech challenges. 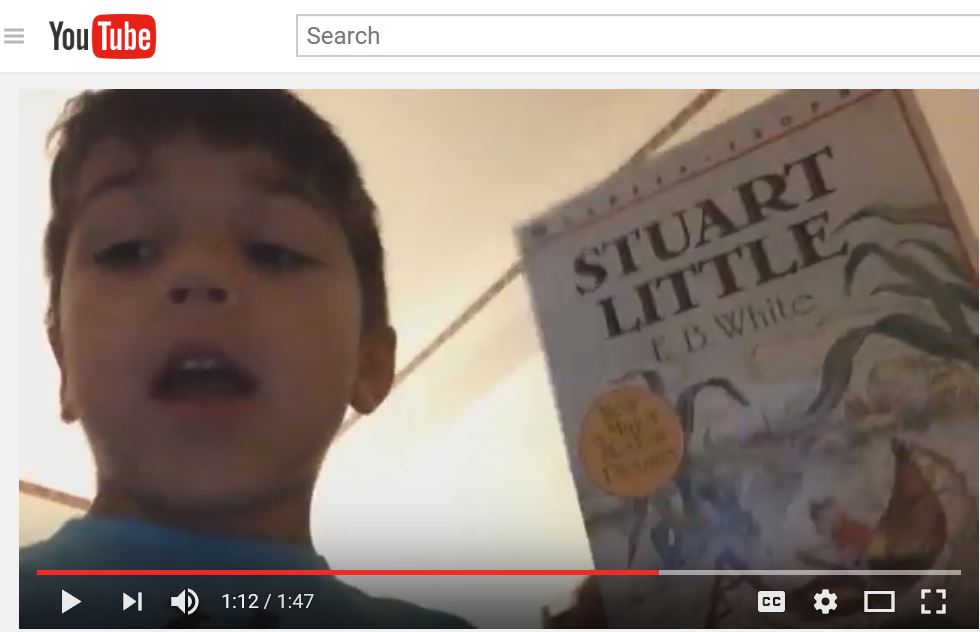 “Like when you’re saying something, don’t press your lips too hard which can make you tense and then makes you stutter,” he said describing one strategy. “Touch your lips very softly and words will come out smoothly.”

He learned this strategy from Debra “D.A.K.” Edwards, his speech language pathologist at Tallwood, who describes Coots as a very motivated student who is a perfect example of a student being raised in a digital environment.

“Harvey has a natural enthusiasm for learning but he also has a high interest in technology,” Edwards describes. “So I took his interests and together we started learning some of the apps that we have available here at school to use during our speech therapy sessions.” 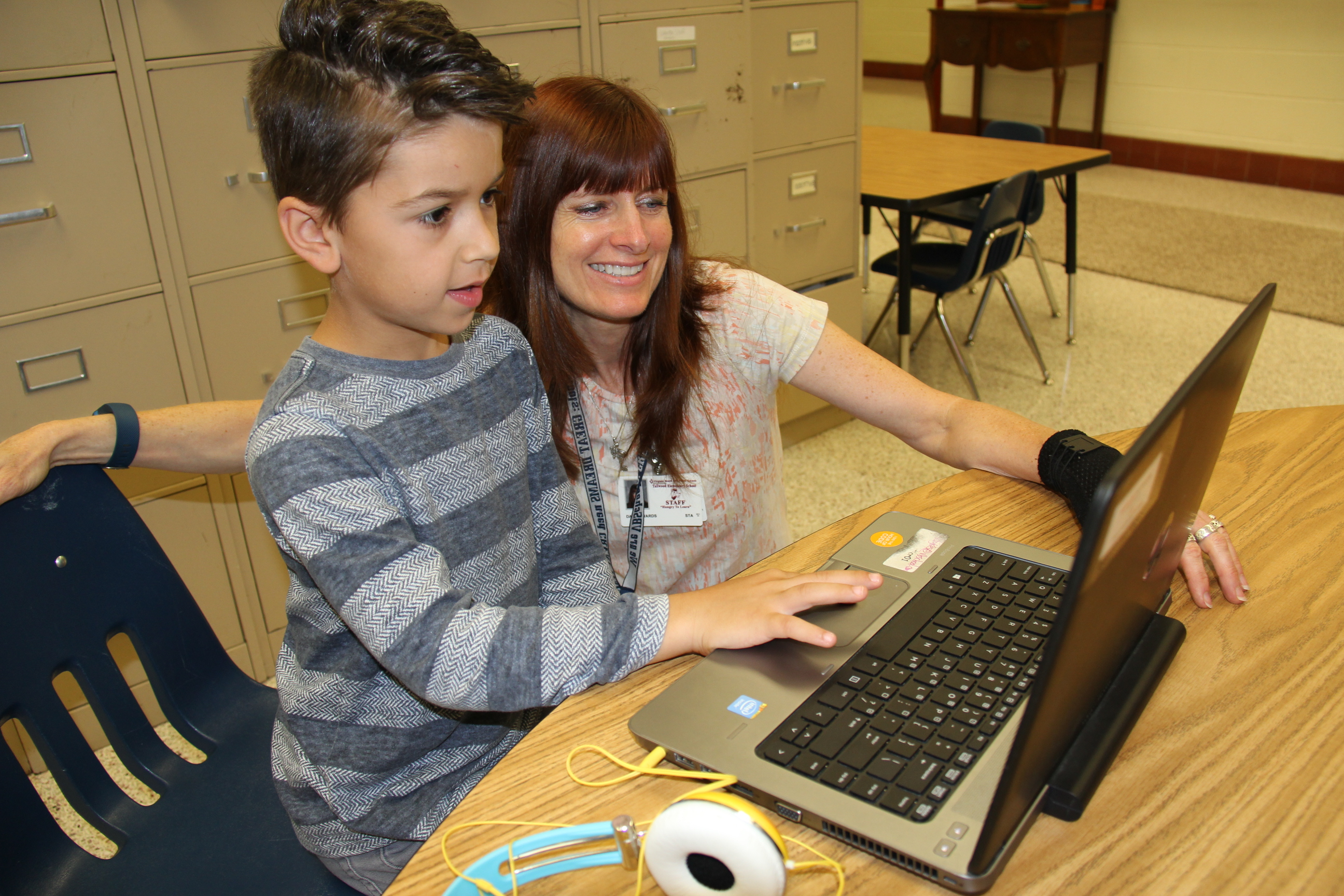 Using technology, Edwards says, is really encouraged at Tallwood, which is one of the school division’s 15 Digital Learning Anchor Schools, an initiative prompted by the adoption of Compass to 2020.

Coots brings his laptop to each session and uses it to record digital journals of his speech progress. In one video, Coots practices his speech by reading sentences from Fluency River flash cards, an educational program which use components of a river to provide elementary students easy-to-remember speech tips. One such tip is “lily pad pauses,” a strategy which prompts the reader to pause briefly between words and rest just like frogs wait on lily pads so they don’t they fall into the water; or, as the strategy card states, “if one talks too fast, one will make a splash.” 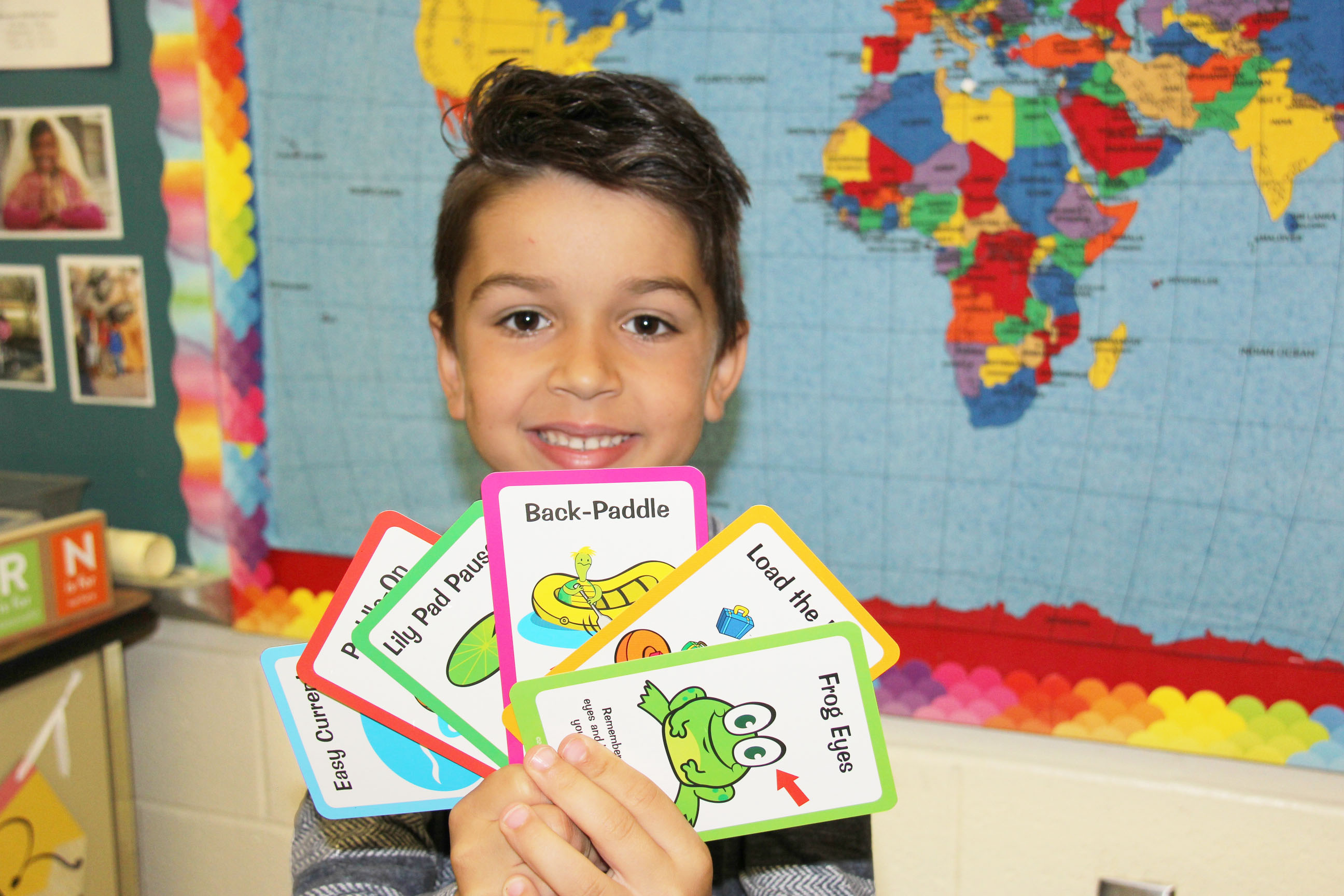 Edwards says that the digital journal is a great communication tool with parents.

She is able to not only record Coots’ growth throughout the year, but also send push notifications which his mother is able to access and see her child’s progress in action.

Coots’ mother Jayne Coots is not only proud of the progress but more importantly that her child feels “empowered to help others and use the technology and strategies that he learned at Tallwood Elementary,” she said. “It showed me just how confident he’s truly becoming. I hope his channel resonates with other children who are experiencing similar challenges.”

There is one more reason that Coots proudly launched his channel.

“I wanted children to shout out if they are military,” he proudly said since his father is in the Navy and is stationed on a U.S. aircraft carrier.

Just like his dad, Coots wants to help others.

As he says, he wants to help other students “get more advanced and try to get them to a better place where they can know a lot more stuff, and when they come back to school they’re getting lots of good grades and they’re reading more advanced books and then they feel like they’re not advanced books anymore and, instead, reading is easy because they get used to reading books.”

If you’re inspired by this story, visit Coots’ channel since he checks comments often and hopes to get many more positive comments as he continues developing his upcoming episodes of “Speech Jumper.”

9 thoughts on “Second-grader launches YouTube channel to help others”