There are countless partnerships and collaborations across the division, but one between Princess Anne Middle School (PAMS) and Princess Anne Elementary School (PAES) is not just big, it’s a monster undertaking.

“For the second year, our kindergarten class has partnered with Ian Jewell’s eighth-grade art students as we work to bring words and picture to life,” said PAES kindergarten teacher Amy Ellison. “In the third marking period, our kindergartners focus on adding adjectives to their writing.” 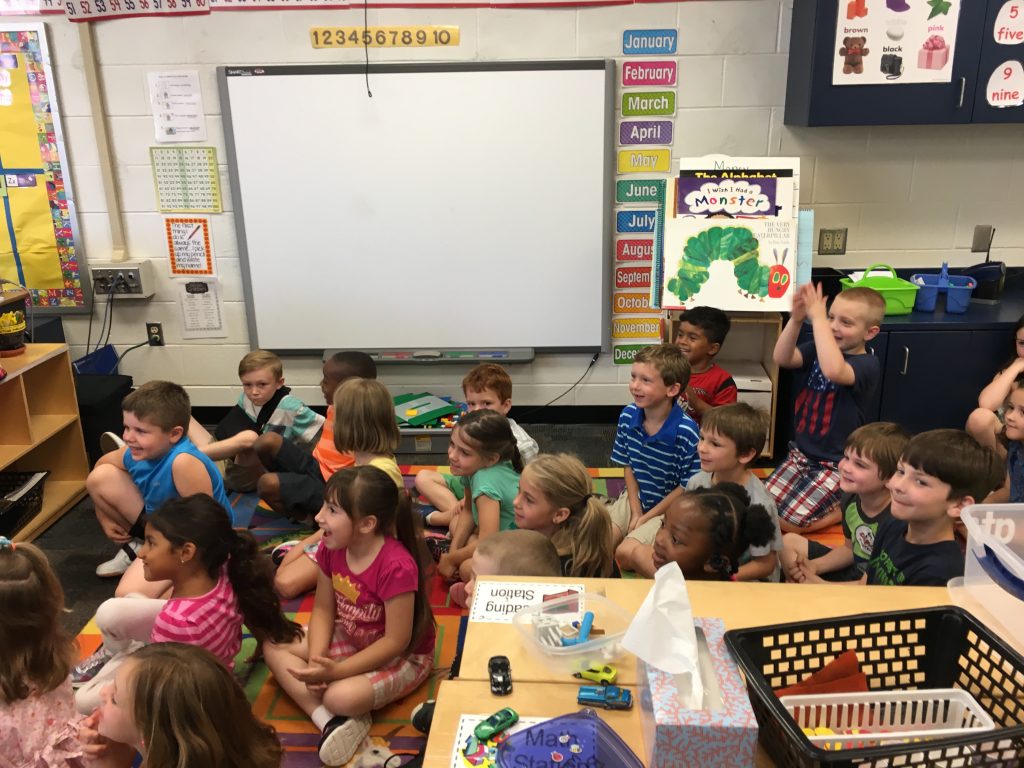 Students show off their descriptive skills by imagining and creating a scary or despicable or ferocious  monster. Then, they draw a picture of their frightening, creepy or slimy creations. The drawings are then given to PAMS art teacher Ian Jewell.

“This is one of my favorite projects of the year,” said Jewell. “I challenge my eighth-grade art students to create a 3-D representation of a monster that has been designed by a 5-year-old. When I first describe the project, my class erupts in excitement. They can’t wait to see what the little ones have come up with.”

For several class sessions, Jewell’s art room is transformed into a monster building factory. Using felt, thread buttons and stuffing, plenty of stuffing, the students, not unlike fiction’s Dr. Frankenstein, bring the monsters to life.

“Because of the hard work of our eighth-grade partners,” Ellison added, “our students begin to grasp how describing words can bring a story to life.” 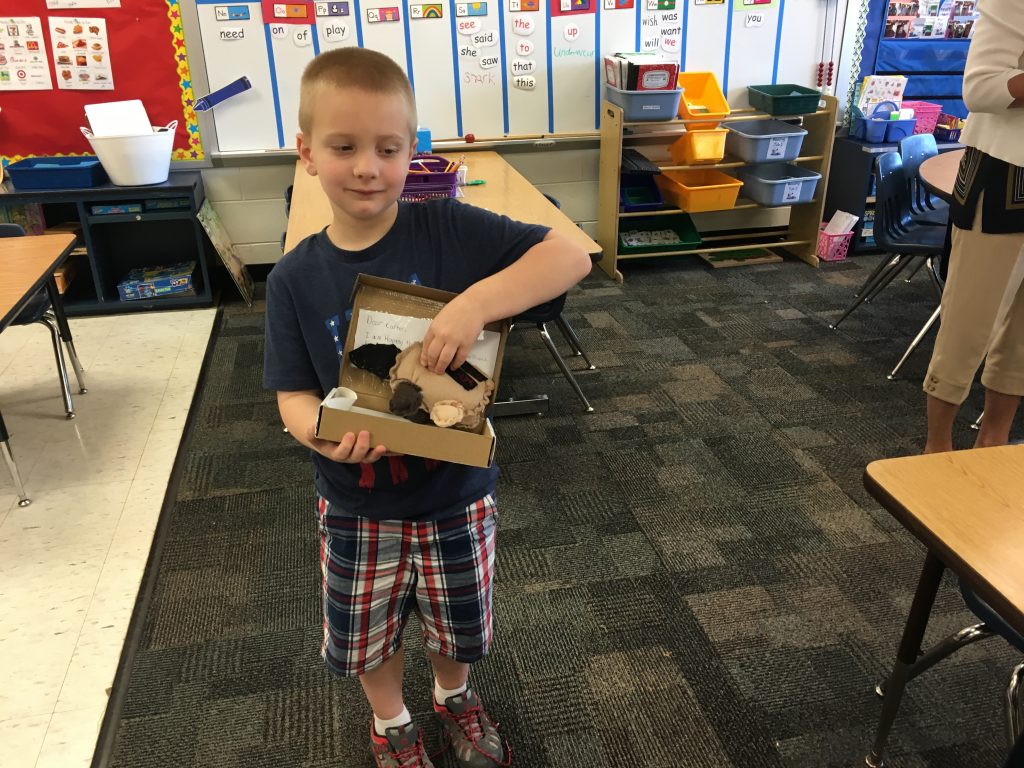 As the school year draws to a close, Jewell packs the stuffed creatures into his monster-mobile and delivers them to Ellison’s students.”

“There is nothing more powerful than having the character in your story surprise you by showing up in your class,” she said. “We love seeing how much care the eighth-grade students put into making sure that their monsters match the kindergartner’s pictures and writing.” 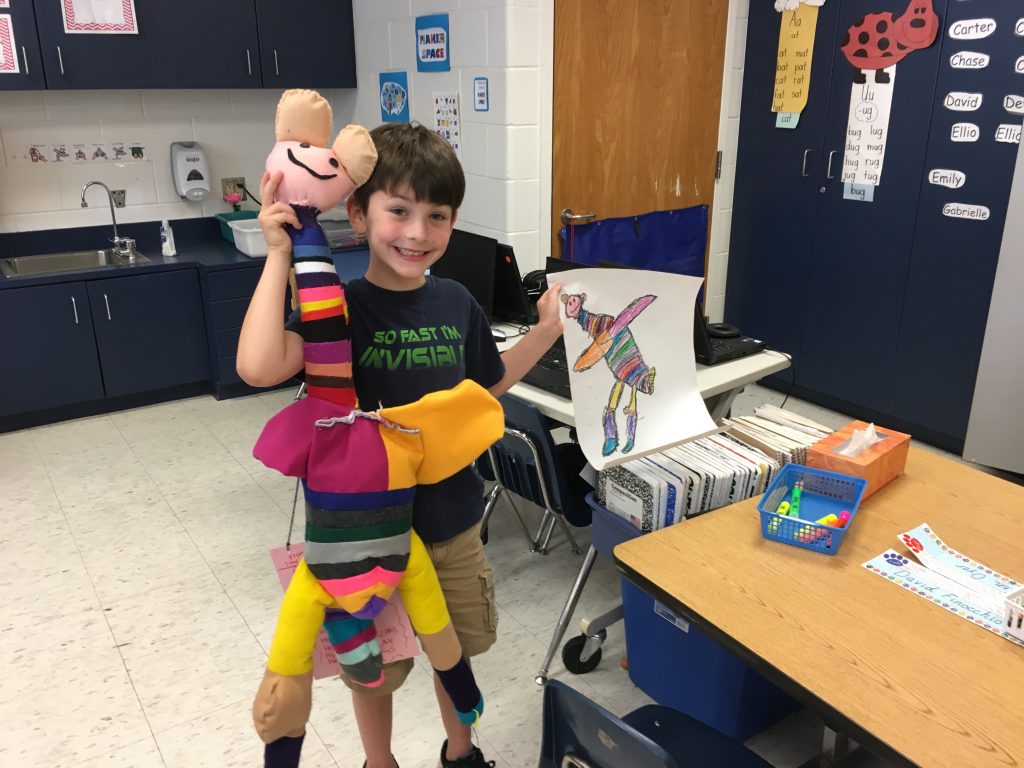 For Jewell, seeing the expressions on the students faces when their monsters are revealed, makes the project most worthwhile.

“I can’t think of a better way to end the school year.” 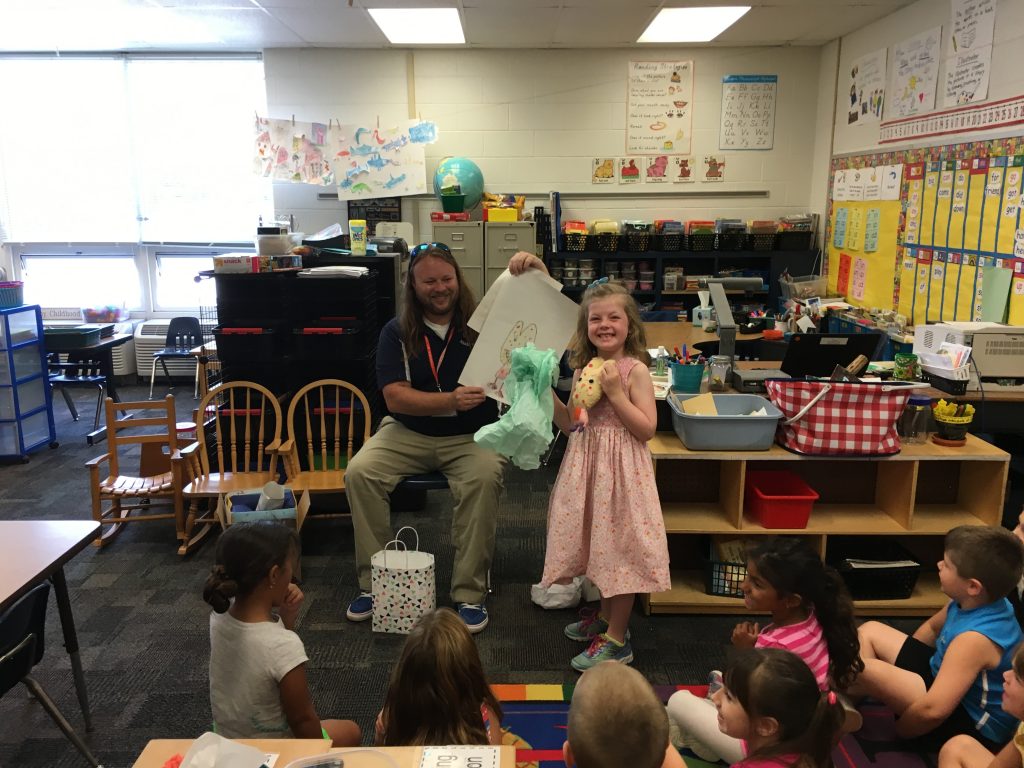 One thought on “When a partnership becomes a monster”