“I was in NJROTC that day and we were outside in P.T., that’s our physical training, and one of our instructors called us inside. I saw Mr. Tarkenton standing at the door and I was, like, ‘Oh, gosh. Did somebody get it in trouble? What’s going on?’”

There wasn’t a problem, rather it was a celebration in Brown’s honor. Megan Bishop, his gifted resource teacher at GRHS, captured the surprised look on Brown’s face at the sight of balloons and special guests. 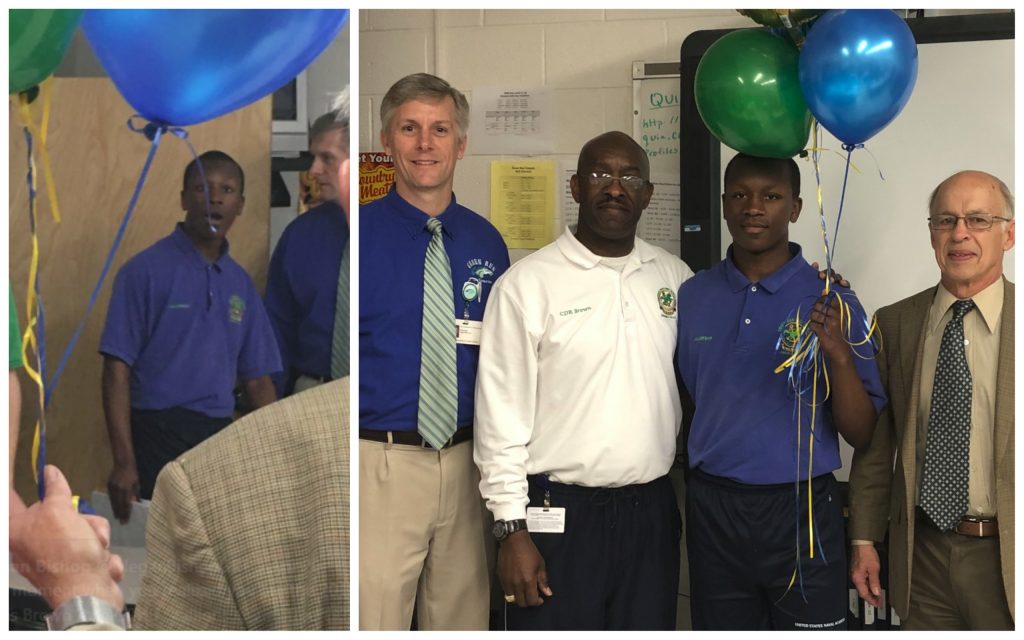 The visitors from the Virginia Beach Rotary Club (VBRC) and the school division’s Office of Gifted Education were there to announce that Brown had been selected as the recipient of the 2018 E. E. Brickell Scholarship. As the honoree, he will receive a $6,000 college scholarship.

“I was definitely very surprised,” said Brown. “I knew there were 11 finalists and based on being able to interact with all the Brickell Scholars, I knew that they were all very strong candidates. Even when I was named a Brickell Scholar as a junior, to be honest with you, I was just going through the process. I really did not expect to win at all.”

The VBRC established the Brickell Scholars program nearly three decades ago in the name of Dr. Edward E. Brickell, who served as superintendent of Virginia Beach City Public Schools (VBCPS) from 1968-1987. Each class of scholars participates in a seminar series throughout their senior year to interact with and learn from each other as well as from invited guest speakers. Additionally, one student is selected as the annual scholarship winner for his/her exemplary academic performance and involvement in school and community activities.

As the 2018 E. E. Brickell Scholarship winner, Brown will be among the speakers at the VBRC’s Annual Scholars Recognition Dinner May 17, where the following high school juniors will be recognized as the 2019 Brickell Scholars:

Brown, who received an appointment to the United States Naval Academy in December 2017, plans to study aerospace engineering and hopes to contribute to the rapidly-progressing field.

“Think about what they’re doing now,” Brown said, noting the work of private companies like SpaceX. “By the time I’m able to actually get into the field, there are so many more things we’ll be able to accomplish.”

“We” is a word that Brown values as a member of the GRHS Navy Junior Reserve Officers Training Corps (NJROTC), where he serves as the senior class leader and administrations officer. He knows that the lessons he has learned through his service with the unit will propel him to success in aerospace engineering and beyond. 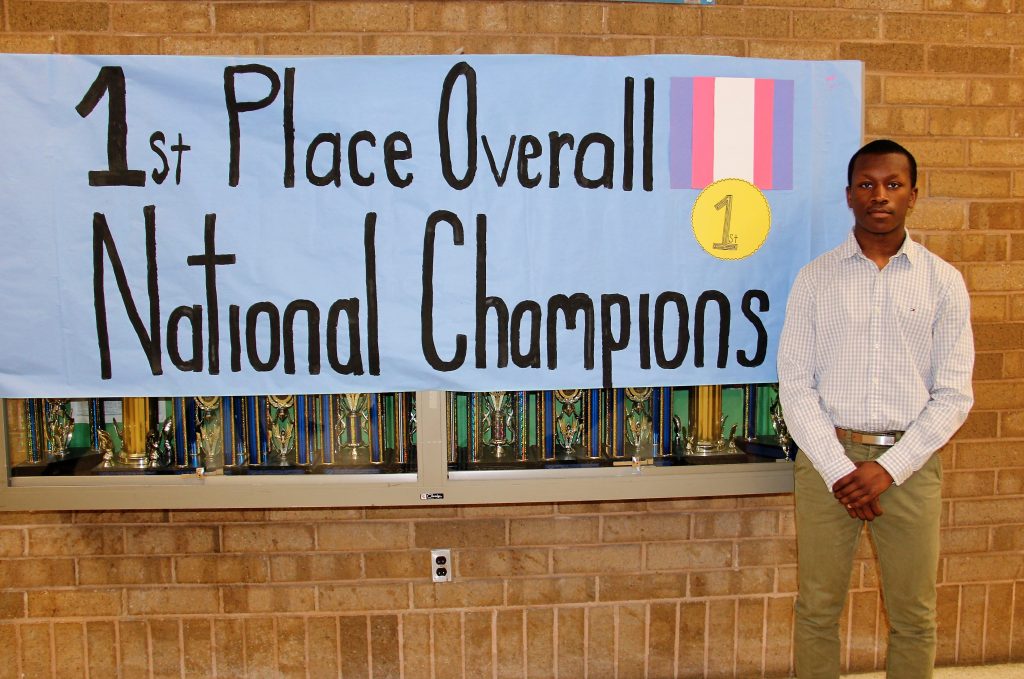 “I’ve learned so much, so much – the importance of dedication, loyalty, even patriotism, too, working as team,” he said. “For me, I’ve always been someone who didn’t like group assignments. I always wanted to do stuff on my own. Being a part of this, it showed that in order to have real and true success, you can’t do it all on your own. It takes everybody to work together in order to achieve the common goal.”