For more examples of our students in action, click on any of the photos from our gallery below: 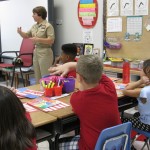 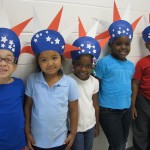 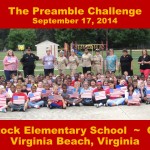 Woodstock Elementary third graders celebrated Constitution Day, Sept. 17, by participating in the Preamble Challenge. The challenge was part of a lesson activity where students learn about the United States Constitution and then recite the Preamble in unison. Members of the Atlantic Fleet, local law enforcement, classroom teachers and school administrators also took part in the event. 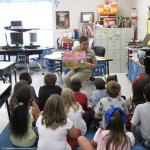 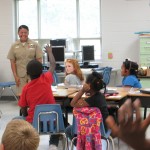 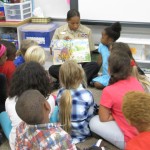 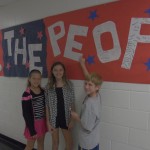 Fifth graders Sammi Walker, Liv Permel, and Luke Marshall prepare to sign the “We the People” banner constructed at Princess Anne Elementary School to celebrate Constitution Day Sept. 17. Every student in the school had the opportunity to sign the giant banner while learning the meaning of the document’s preamble.