Fifth-grader Devin Johnson knows people will have questions. He would rather they just ask him instead of whispering under their breath or behind his back.

He’s experienced both at other schools, which is why he asked his teachers if he could host an assembly for all of his fifth-grade peers. New to Birdneck Elementary School and to Virginia Beach, he wanted to provide answers right from the start. 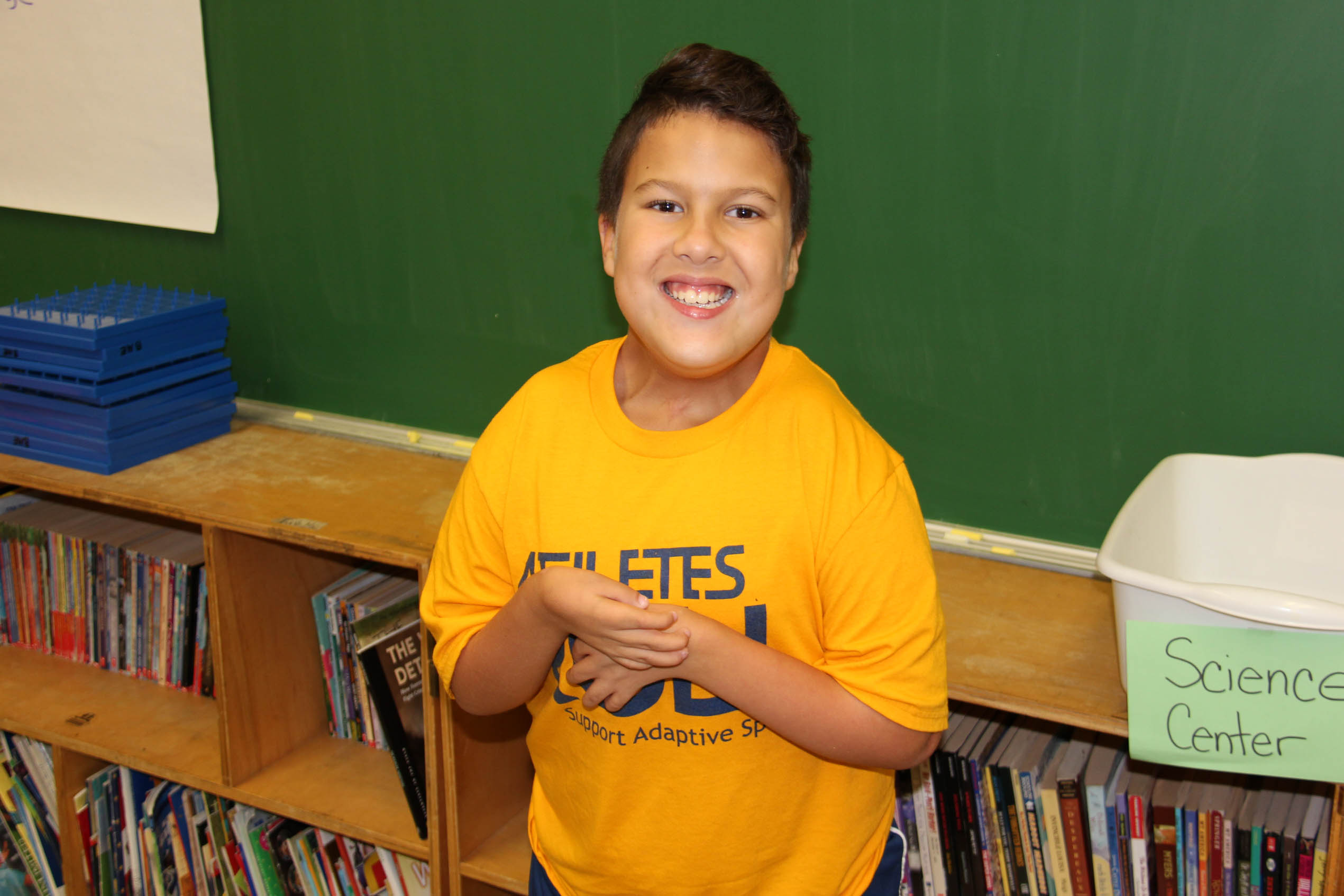 “When I came to this school I thought it would be OK to tell them about my disability so they would understand,” explained Johnson. “I didn’t want to look at me in a different way and say, ‘Oh, ew. That’s a little bit weird.’”

During PE class, “I told them that I have a rare disorder and that my arms and joints can’t work so my arms just stay like this; they can only go this far. And my hands are crooked a little bit. I told them I eat differently. I can’t take my hand and grab something. I just lean over and eat like this without using my hands.”

Johnson also told them that he plays power chair soccer and wants to play on Team USA. He’d like to be a sportscaster, too.

“He has Arthrogryposis Multiplex Congenita – we call it AMC for short – and a connective tissue disorder,” explained Gifford. “He wants to be just like every other kid that’s running out there. Everyone else is very active at his age. He doesn’t get to be as active as he would like, which is why he wants to get into sportscasting because he knows his sports. He can talk about it all day long.” 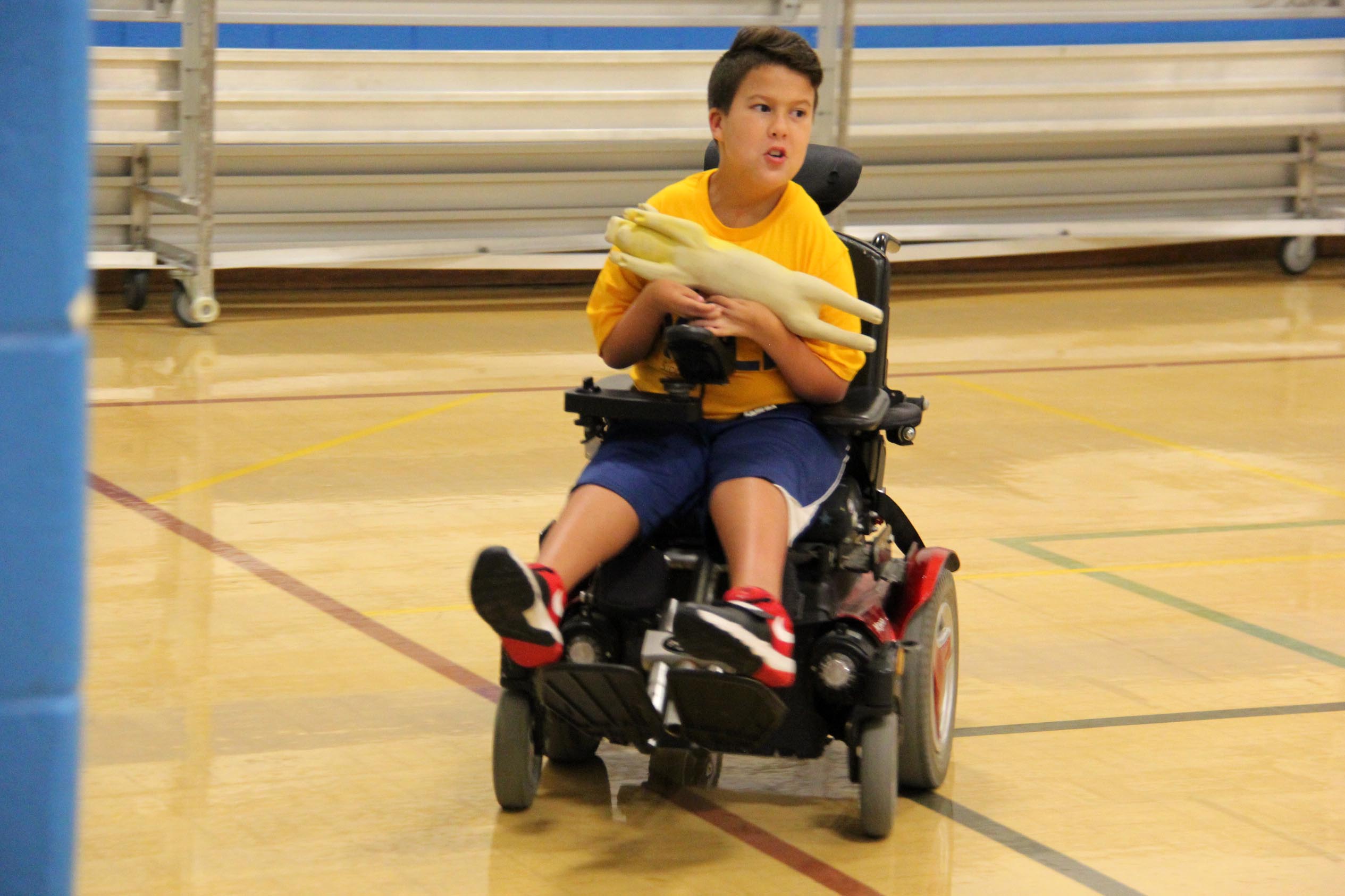 “I love football because my dad always watches it and I got into to it too,” said Johnson. “I just like the action – throwing, juking. I like basketball too. I like when they break ankles. I don’t mean someone gets hurt. It means juking someone, making someone going the opposite way you go.”

When he’s not watching sports at home, he’s thriving at school.

“It’s been amazing,” said Gifford. “He’s in student council already. He’s involved with music. He’s in math tutoring, and I’m excited that he’s even opened up to receive that help because he wants to be very independent. 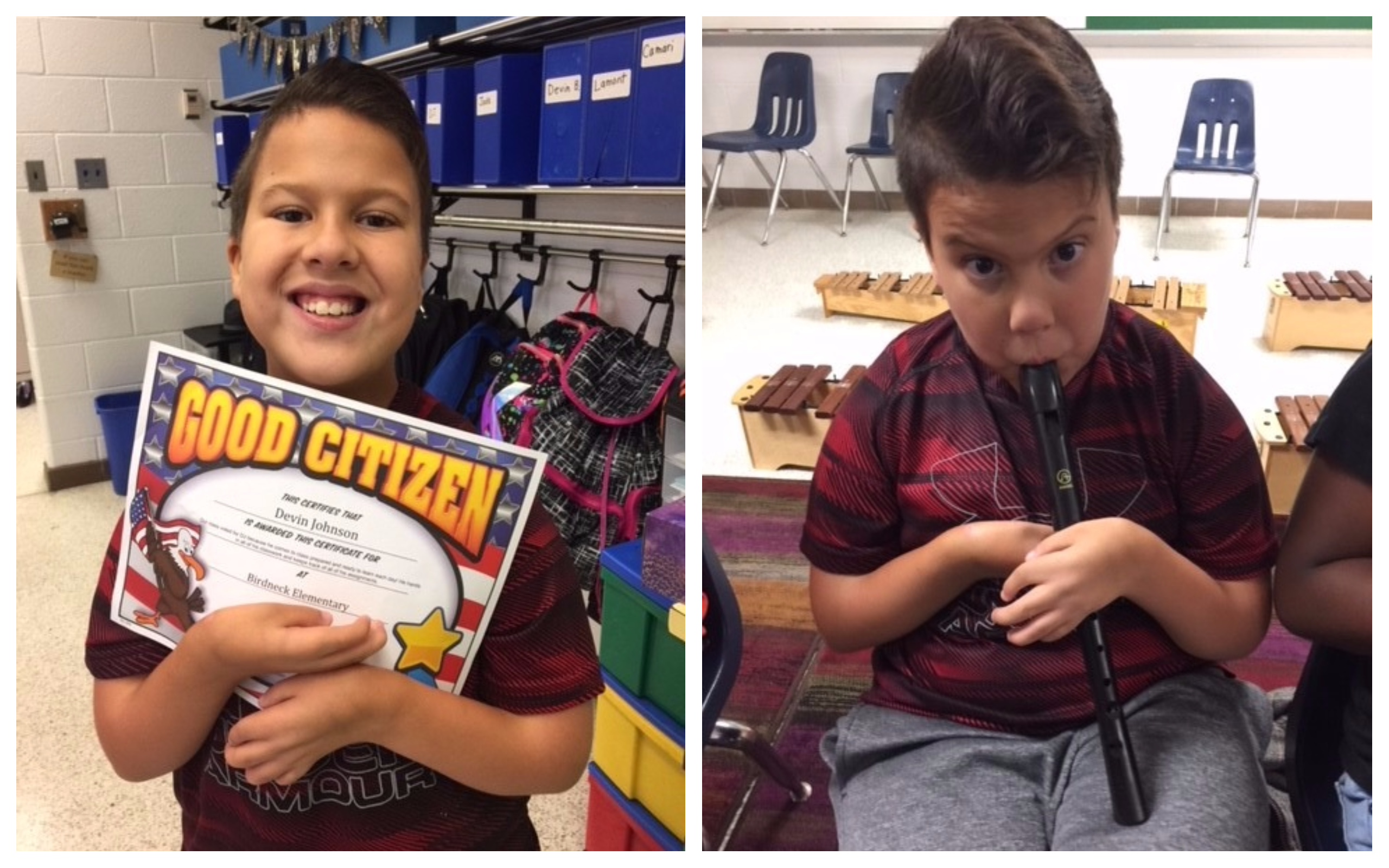 “We’re glad to have found Birdneck. We love it,” Gifford added. “We had other friends that we met in military housing whose kids came here and they recommended it.”

The respect is mutual from Birdneck staff.

“Devin is just a breath of fresh air. He really is. He just has a great outlook on life,” said Leighanne Beaumont, Johnson’s fifth-grade teacher. “It’s such a great life lesson for my students who, they themselves, struggle with things, and then they look at the bigger picture and they see Devin and his struggles and he doesn’t give up. He perseveres.”

Johnson is known for a common response to new situations: I’ll figure it out.

“That’s always his answer,” said Beaumont. “He wants to try and do as much as he can. Sometimes he realizes it’s not going to work or it has to be modified, and sometimes he’ll look at you like: See, I told you I could do it. He just has a very good, positive outlook.”

Assistant Principal Allison Jordan praised her teachers for working hard to “figure things out” right along with Johnson and his family.

“They spent two hours here this summer walking through the school with the family,” said Jordan. “One teacher’s dad even made an adjustable slant board for Devin.”

That was Meyer, whose dad does woodworking. After seeing the number of different slant boards to use for different angles, Meyer asked him about creating a single adjustable slant board.

“Devin wanted something that was unassuming,” Meyers said of him not wanting to draw more attention to himself. “This one is the color of the desk with an oak stain color. It’s small and lightweight and we can just adjust it. He needs it at different levels for different things.” 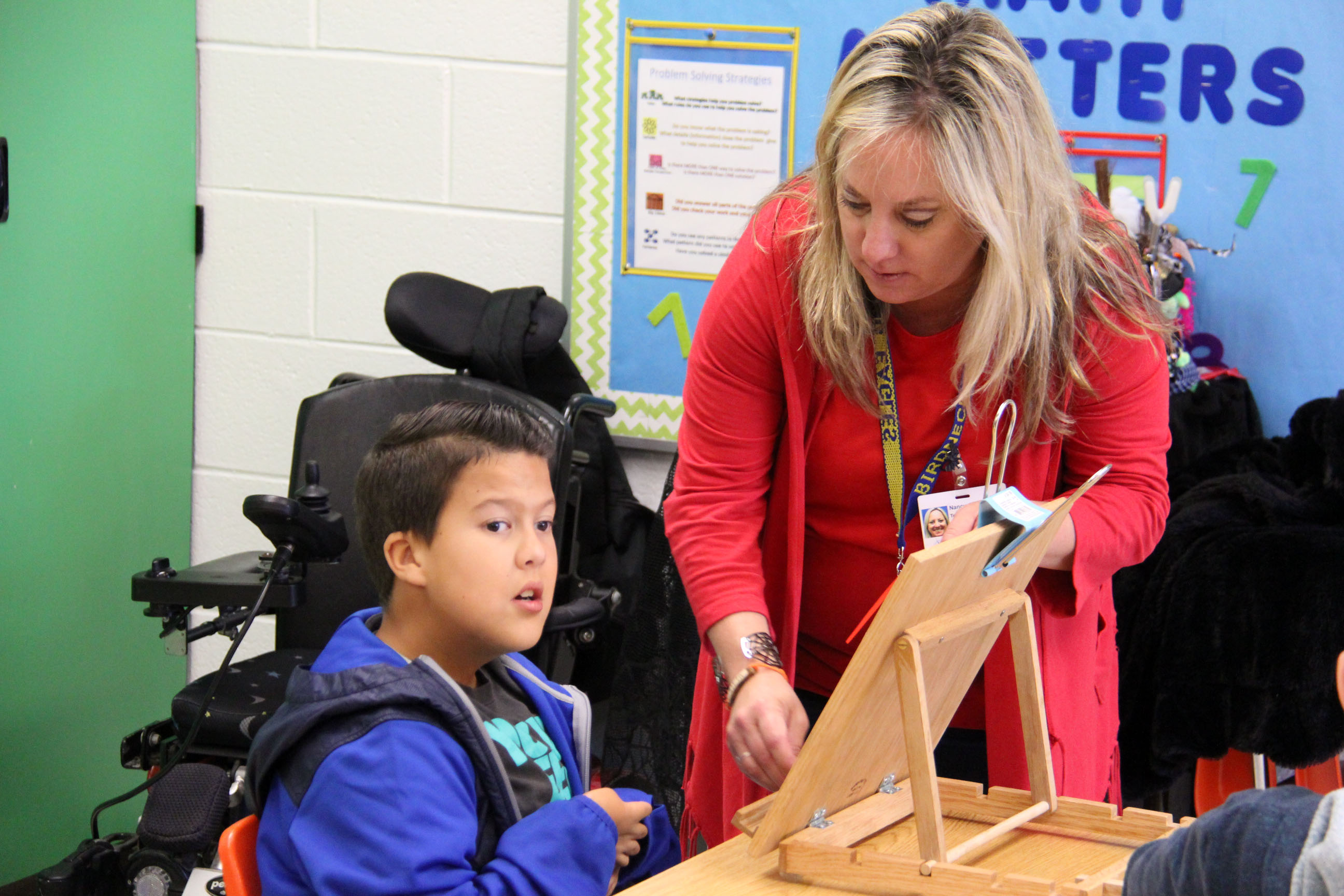 Just like Johnson always says, they figured it out.

“I know myself as well as the rest of us who work with him have learned so much,” said Meyer. “Having to think outside the box more, having to adapt things, the on-the-spot thinking – it’s really been eye opening for all of us as well as the kids. They’re learning a lot from him and I think that’s the biggest message here.”

“Treat people with disabilities the way you want to be treated,” he said. “They can’t always do stuff like you. They may have a little bit of a struggle about some stuff that they really, really want to do but they can’t do it because their joints or their bodies can’t work as well. Don’t say something mean because it can make them feel really bad about it and make them feel like they’re not as cool as the other people. So, always be thoughtful about how you’re going to say stuff to them. Be nice about it.”

Johnson plans to show how cool playing power chair soccer is when some of his teammates visit Birdneck for a demonstration in PE class. Following the assembly he led earlier this year, Johnson’s soccer demonstration will help build even more awareness among his peers and staff members.

“So many people would look at a disability as hindering them and he’s the complete opposite,” Beaumont said. “You wish more students – students with disabilities and without – had that same aura about them or outlook on life. He’s a special kid. He is a wonderful advocate for himself: ‘If you have a question, ask me. I’ll tell you anything.’”