For 30 years, Virginia Beach City Public Schools (VBCPS) American Sign Language (ASL) interpreters and teachers of students with hearing impairments have hosted a citywide holiday program for their students. On Dec. 15, students, staff and parents gathered for festive games, holiday stories and even an appearance by Santa, who used ASL to find out what is on students’ wish lists. 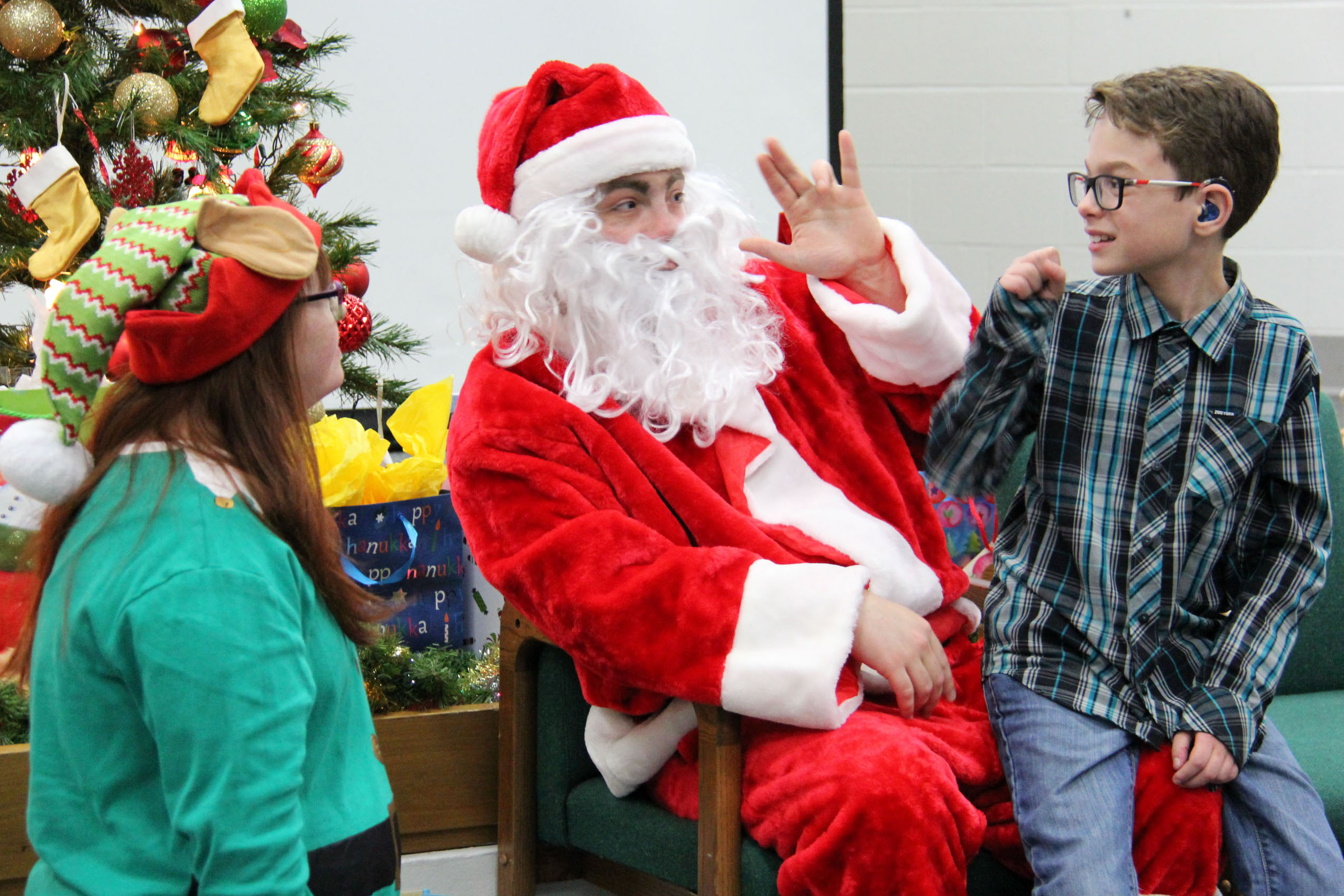 In recent years, Ocean Lakes High School (OLHS) ASL teacher Lynn Steinberg has incorporated the event as an instructional activity for students in her ASL III class, which is a world language course students may take for high school credit. While students communicate regularly in class with Steinberg, who is deaf, taking part in the holiday event provides them an opportunity to apply what they’ve learned in authentic interactions with children and adults with hearing impairments.

“Do you notice all of them signing? It’s always been super positive,” said Steinberg through OLHS interpreter Connie Miller. “They would like for this type of thing to occur more often. Once a year is quite enough because it really requires quite a bit of time.” 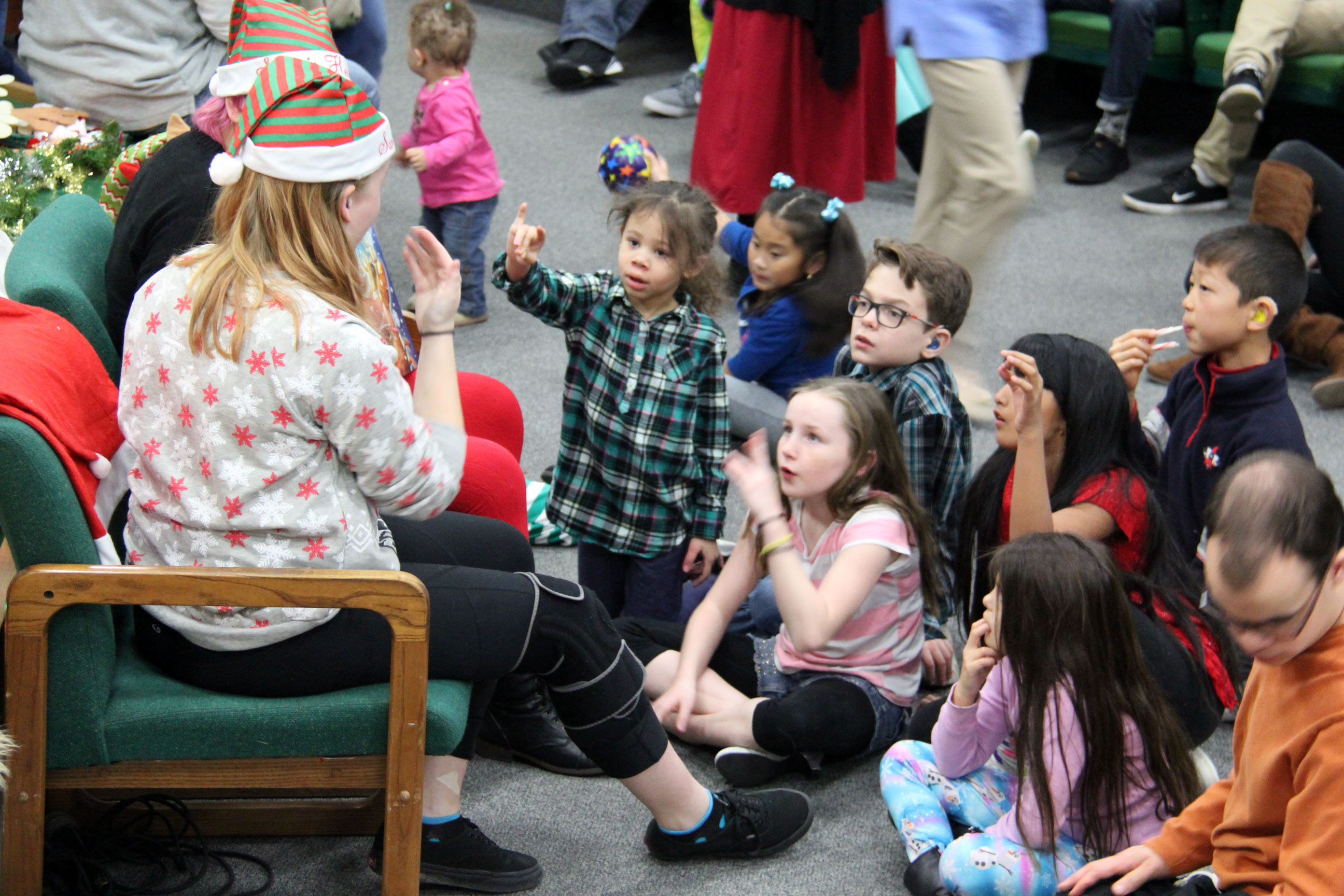 It may not have continued to occur without financial support from VBCPS employees after a local charitable organization stopped its funding.

“We were concerned that the party might not happen again,” said Steinberg. “So all of the interpreters as well as the teachers of the deaf decided that we would all donate and fund the party. Everybody is working and everybody is helping. It may seem like a very small thing but it requires a huge effort [and] we’ve all worked in cooperation to make sure this happens.”

Kelly Coon, principal at Corporate Landing Elementary School, is pleased to see the event continue for students receiving interpreter services at her school as well as for former students who return for the event.

“I think it’s great that our kids get to come and be with older students and to see the entire deaf and hearing impaired community and communicate with each other,” Coon said. “What I think is awesome is that some of the students are coming back. They’ve graduated and they are coming back and seeing some of their former teachers. [Timothy] Nash is one of my parents now and I have his daughter in our kindergarten program. Mr. Nash was one of Ms. Bullock-Smith’s students and has moved back into the area. He has a deaf daughter and she’s with us. It’s like a circle of life.” 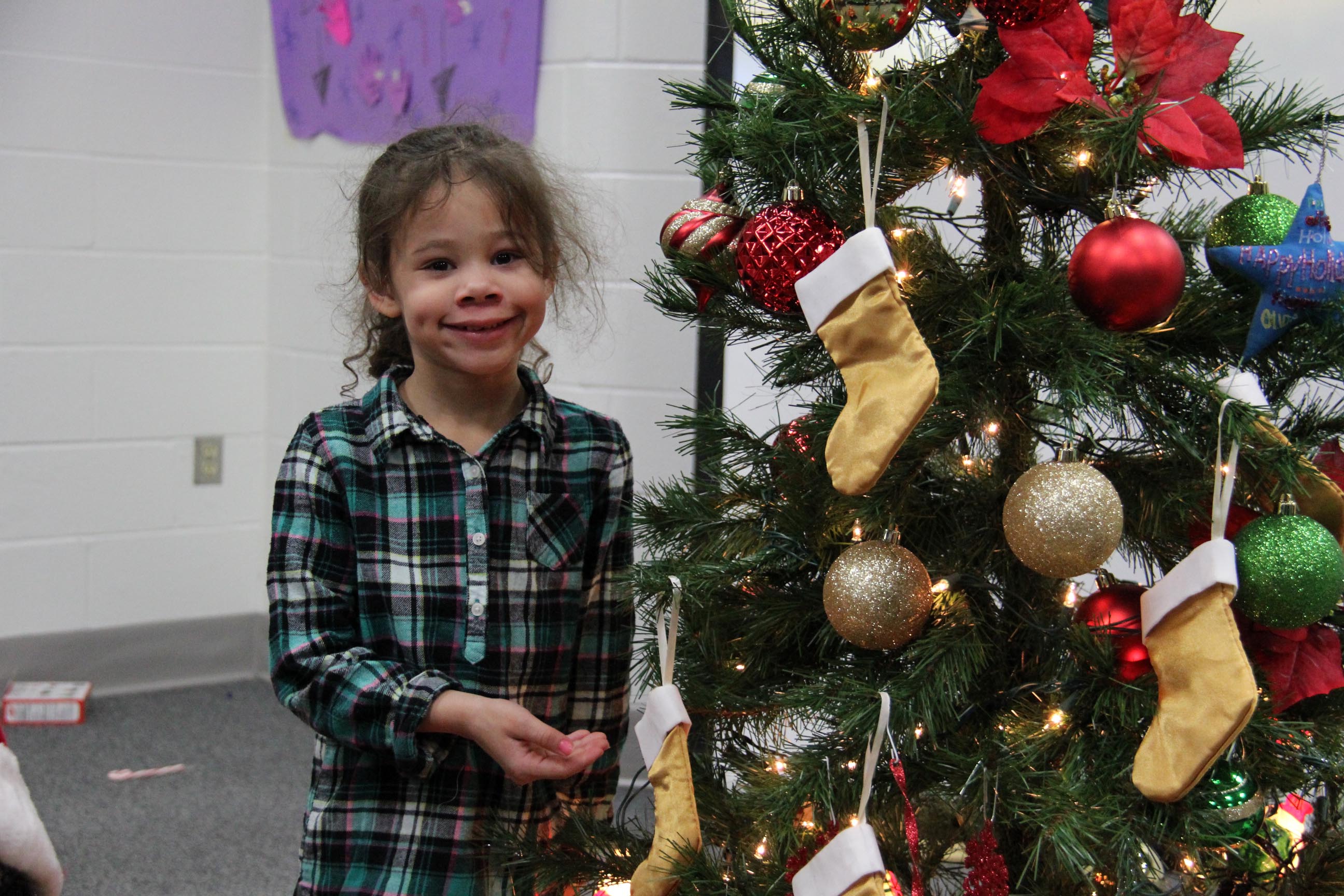 “I took [ASL] the first year just because everyone said it was so fun,” said OLHS senior Sara Sanders in between marshmallow tosses. “I’m in my third year now and I want to do something with it. I want to be a teacher, either special education or 12th grade English.”

Samantha White also hopes to use her ASL skills in her future career as an orthodontist.

“It’s really important because there are not a lot of doctors, dentists and professionals that know sign language, so I plan on continuing with it just so I can open up to that specific population so they have a place they can go to,” White explained. 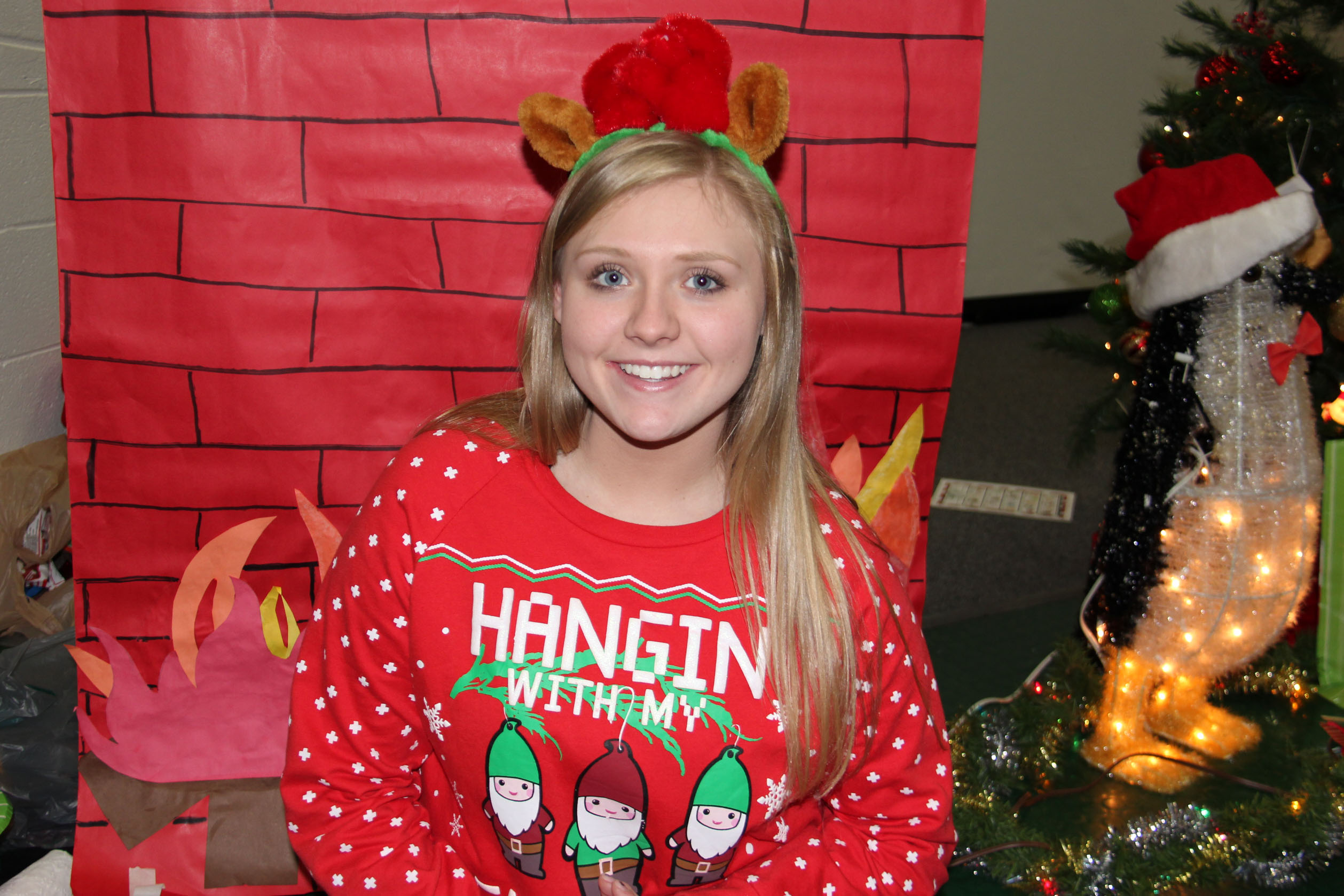 She’s already had an opportunity to use ASL to help someone in need. A road closure due to flooding caused by Hurricane Matthew caused confusion for a fellow driver.

“We were all turning around and a lady behind me motioned for me to pull up next to her, so I did. Then she got out of her car, and I was kind of nervous because I didn’t know who she was,” White shared. “I rolled down my window and she had a pen and paper, and she wrote that she was deaf and needed directions getting home. I started signing to her and her face just lit up because she wasn’t expecting that. I helped her with directions on how to get home. It was just so cool putting what I knew into action and seeing the appreciation on her face just made my whole life!”

And made the ride home safer for White’s new friend.

“It opens your mind to different perspectives about other people,” added White. “Because you can look at anybody and you don’t know if they are deaf or hearing or not. Deafness isn’t something you can see, so you learn to look at things differently and put yourself in other people’s shoes.”