It was the question everyone wanted answered, “Did you win $1 million?”

But Tyler Fritz of Landstown Middle School wasn’t talking. He had to keep quiet until after his appearance on the game show “Who Wants to be a Millionaire” which aired Wednesday, Feb. 7 during “Whiz Kids” week.

The wait was long for Tyler’s family and friends, who knew he taped the show in August. It was even more difficult for Tyler, because it was the first time he had to keep a secret. 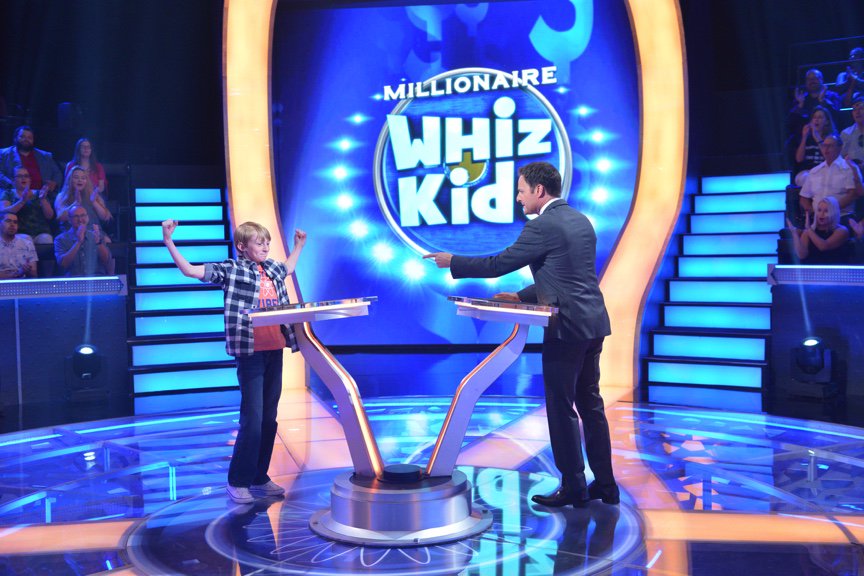 “There’s nothing more stressful than keeping something that exciting from your mom,” said Tyler.

The show’s rules state that contestants aren’t allowed to share their results to anyone outside of the studio audience.

“That’s the only secret you’re allowed to ever keep from your mother,” said Todd Fritz, Tyler’s father and Landstown Middle School guidance counselor.

Winning the “Most likely to be on Jeopardy” award from Landstown’s Academic Challenge Team is what sparked Tyler’s desire to be on a game show. Once he qualified for the show, Tyler and his father began studying and practicing with a homemade “Millionaire” set with mock questions.

“We tried to replicate the show as much as possible,” said Todd.

With his winnings, Tyler plans to make a donation to Operation Smile, boost his college fund, and put some aside for something fun.

Tyler said the experience gave him confidence. “Before, during and after I had a constant wave of support. I was nervous how people were going to treat me after seeing me on the show, but I’m stunned with the support I’ve received from my teachers and classmates.”