Amanda Pontifex knew the audience extended beyond those in the ballroom for the school division’s Teacher of the Year dinner. Her Shelton Park Elementary fifth-graders were chatting in Google Hangouts while waiting for the announcement and some were watching via Facebook Live to see if their teacher would be named the 2018 Virginia Beach City Public Schools (VBCPS) Citywide Teacher of the Year.

Known for calling her students the “stars of the show,” Pontifex was about to become a star herself. 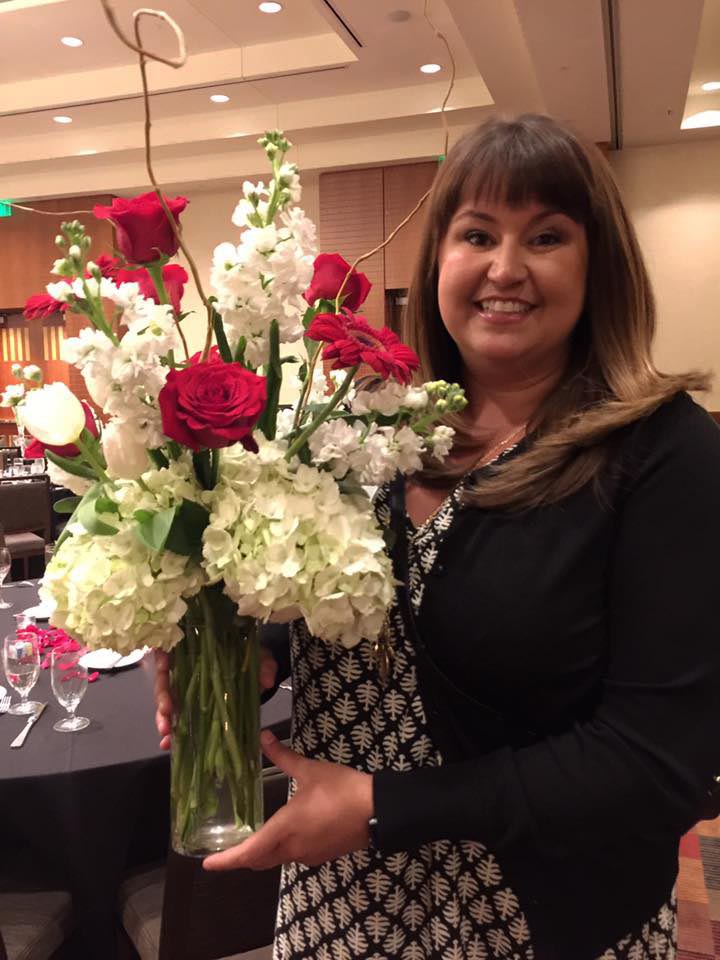 Not surprising, the first words in her impromptu acceptance speech were about her students.

“My kids have formed a group called ‘The Pontifex Family’ and they want to know what happened,” she told dinner guests, noting many text messages and missed calls. “Their two requests were that I dab, which I will spare you, and that I drop the mic, but I told them it would be mounted to something and I probably wouldn’t be able to do that.”

Following the audience’s laughter, Pontifex continued, “To be in a room surrounded by so many great educators is inspiring on it’s own but to have this award is really an honor. I’m inspired and humbled and empowered and all of the things that I try to do for my children every single day, so I promise to serve in this capacity for you and make everyone proud to make sure you chose the right person.”

And during the division’s celebration of Teacher Appreciation Week, Pontifex concluded with encouraging words for her fellow educators.

“I’m just thankful for what you do every day. I know it’s not easy and I know it’s not an easy time of year but we can do it, and if you set a purpose for your why and find a child every day that is your why, I promise that we’ll make it.”

“This is just another great honor for Shelton Park and, of course, a great honor for Mrs. Pontifex,” said Principal Tara Brewer at school the next day. “What makes Mrs. Pontifex so special is she always says, ‘My kids are my stars. They’re the reason I do what I do.’ She’s passionate about the work that she does.”

“Does she deserve to be the 2018 Citywide Teacher of the Year?” asked VBCPS Superintendent Dr. Aaron Spence during a classroom visit May 5. 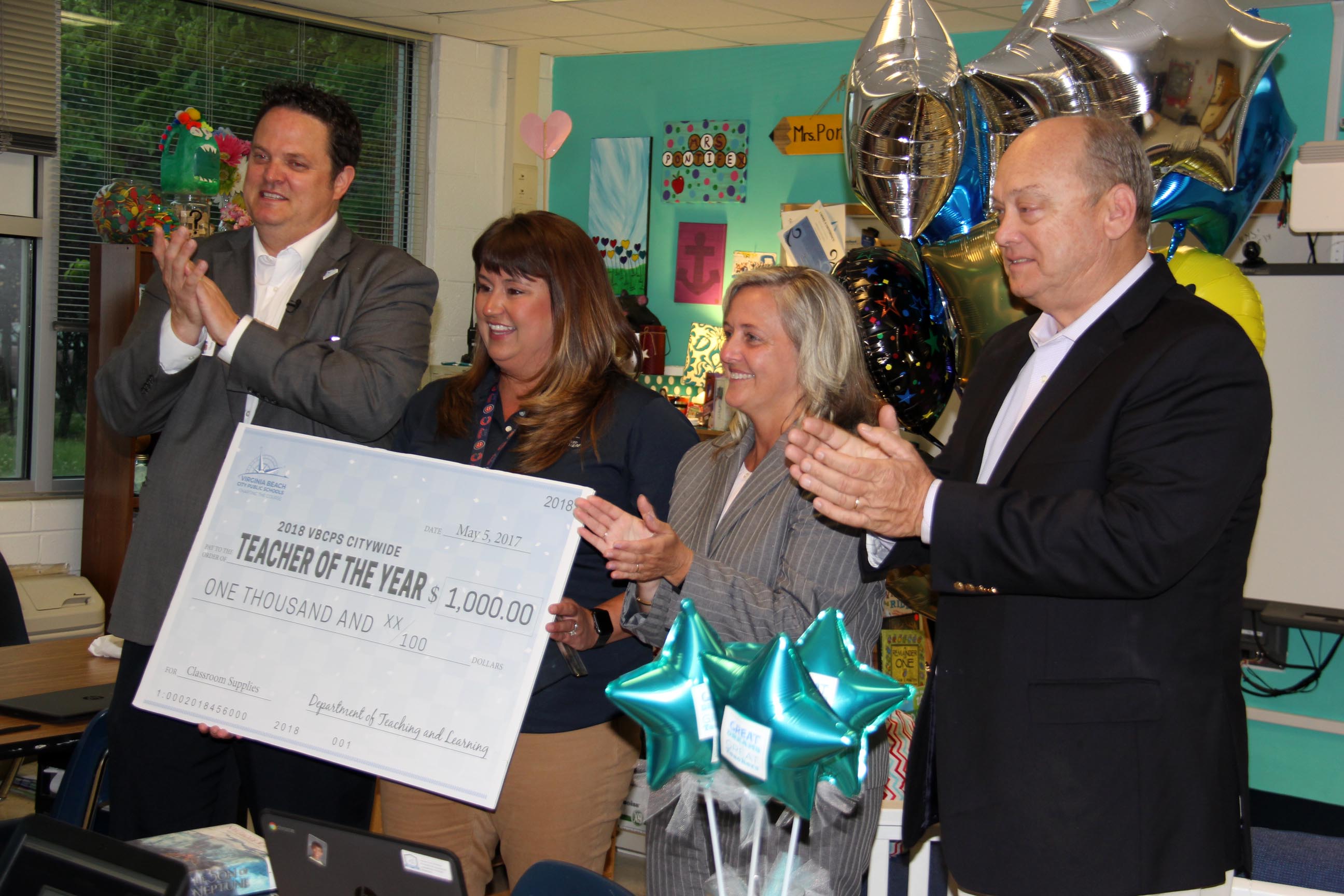 “I think my teacher deserved this award because she is an amazing and encouraging woman and she always helps me,” said fifth-grader Carina Phillips.

“My favorite thing about my teacher is how encouraging she is and how kind she is when we’re having trouble with something,” Smith said.

Pontifex is modeling what she wants her students to take away from their year together in class.

“The most important lesson I can teach them is to choose kindness and compassion for one another because they’re always going to embrace diversity and the differences with other people,” she said in her Teacher of the Year Finalist video. “They’re going to have to learn to collaborate effectively and be accepting of the differences of other people.” 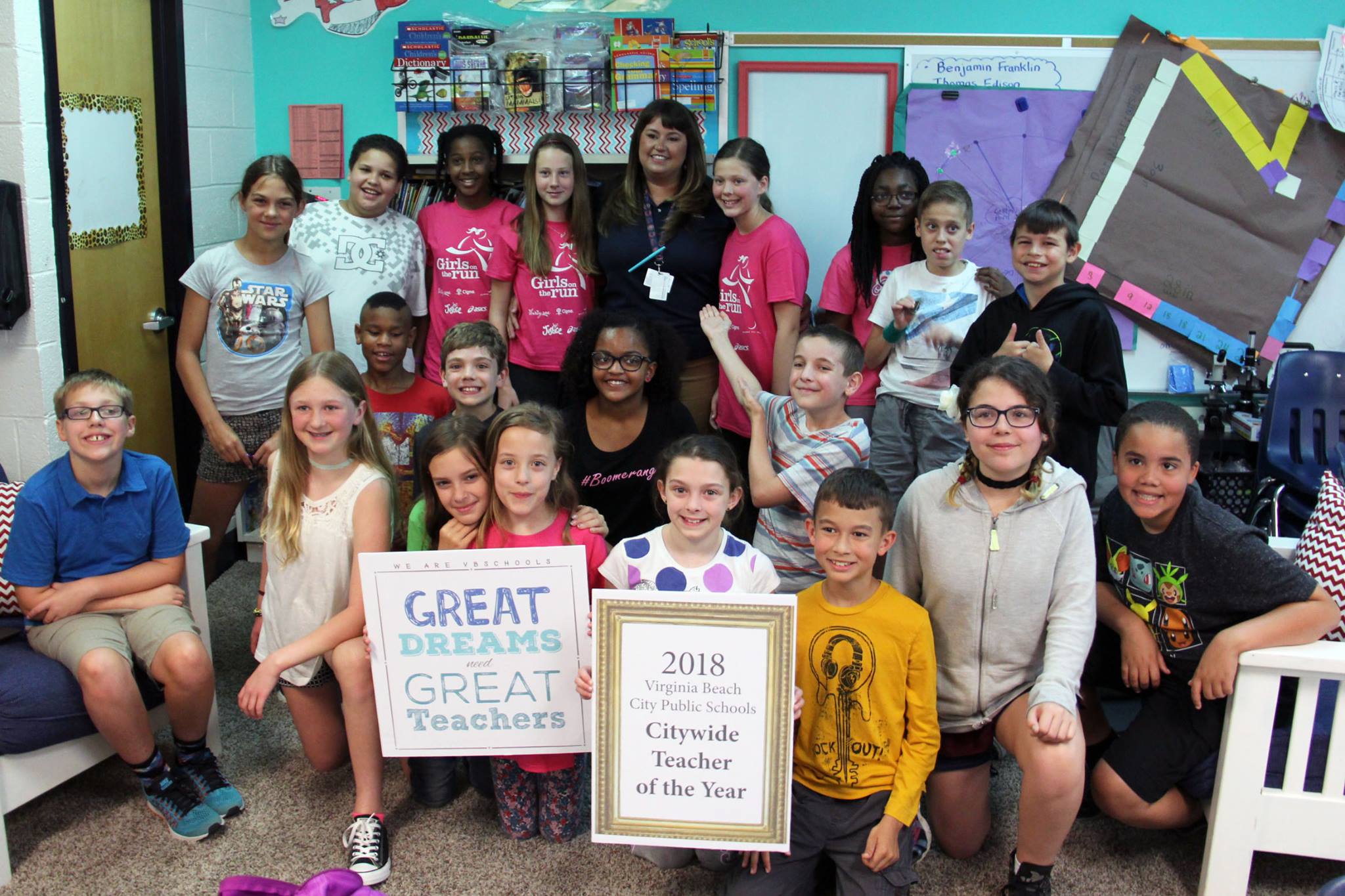 Accepting being in the spotlight may take more time for Pontifex who prefers that her students are the focus.

“I’m just thankful for the opportunity to do this and to have this honor and share it with my students and families because they really are the stars of the show.”

Watch the video below to see “The Pontifex Family” celebrate their teacher.