When the stage curtain opened for the evening’s first musical performance, there was a collective, “Awwww,” from the audience.

There stood rows of smiling first-graders dressed as Indians, complete with construction paper feather headbands they decorated themselves. 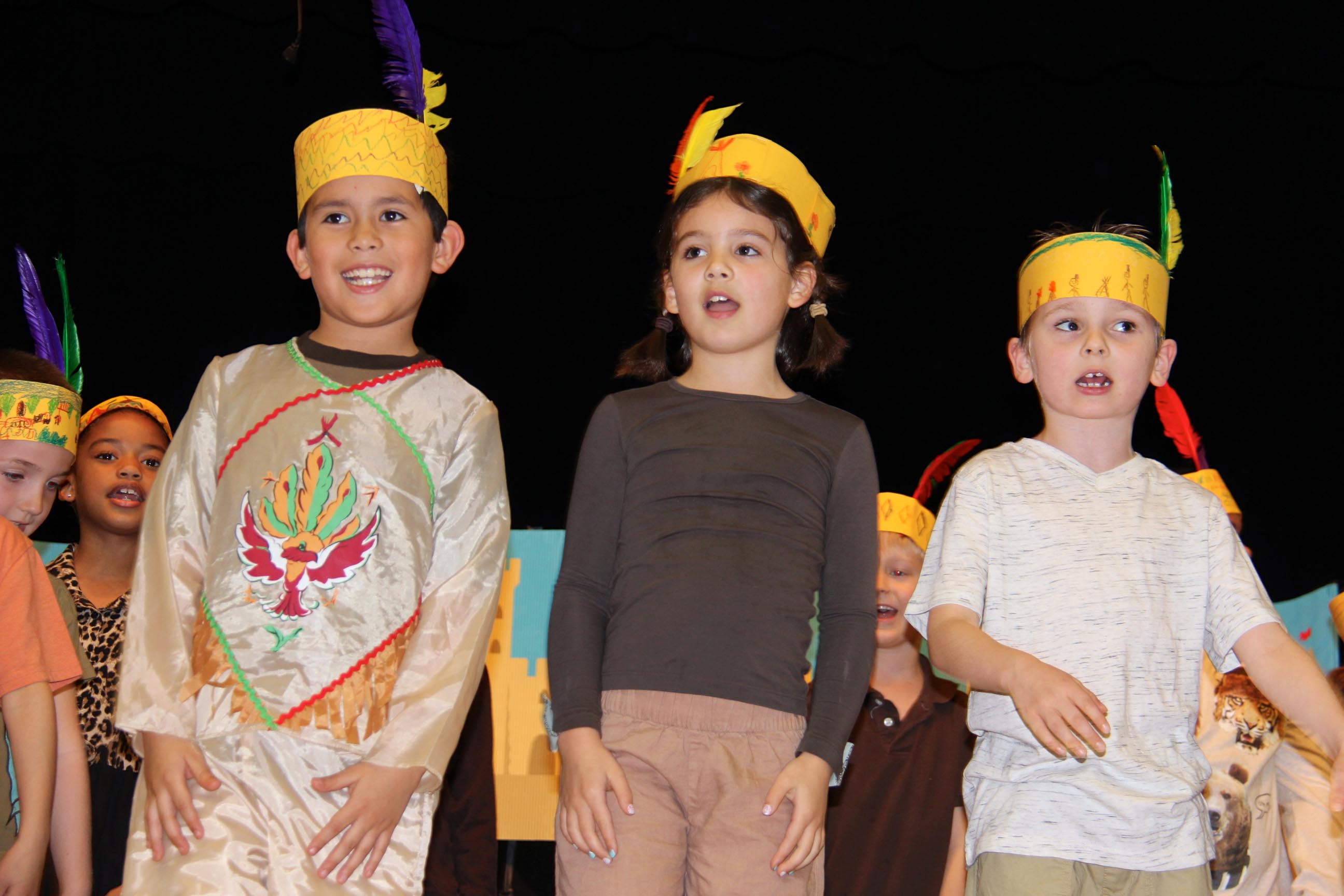 If you are confused, the performers’ families were not. The first-graders have been speaking Spanish for months now as part of their first year in the partial-immersion language program at Christopher Farms Elementary School (CFES). The school hosted Spanish Night, or La Noche Española, Friday, March 11, for students in grades 1-5 to showcase their language acquisition as well as their cultural knowledge with food and facts. 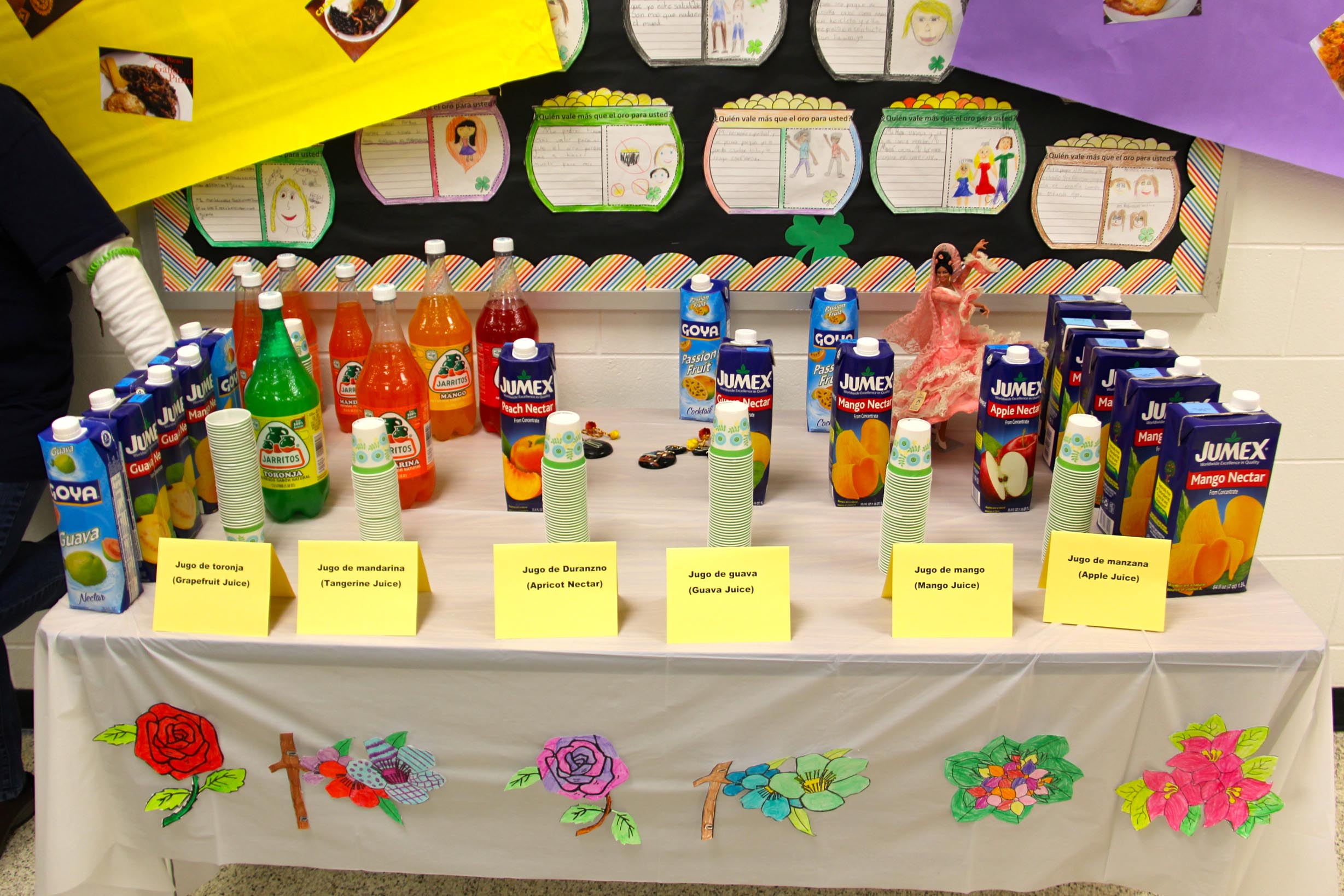 “I feel really lucky,” said fourth-grader Kloe Hagen backstage. “We get to learn a new language, and we get to celebrate the Hispanic culture. People don’t get to do this often and they don’t get to speak Spanish in other schools. It’s pretty fun to be in the Spanish program.”

Judging by the smiles on their faces while onstage, Hagen’s partial-immersion program peers would agree.

The program featured Christopher Columbus and Queen Isabella, played by fifth-graders Brian Freytes and Rachel Rathgeber, who spoke in fluent Spanish without notes throughout the program. 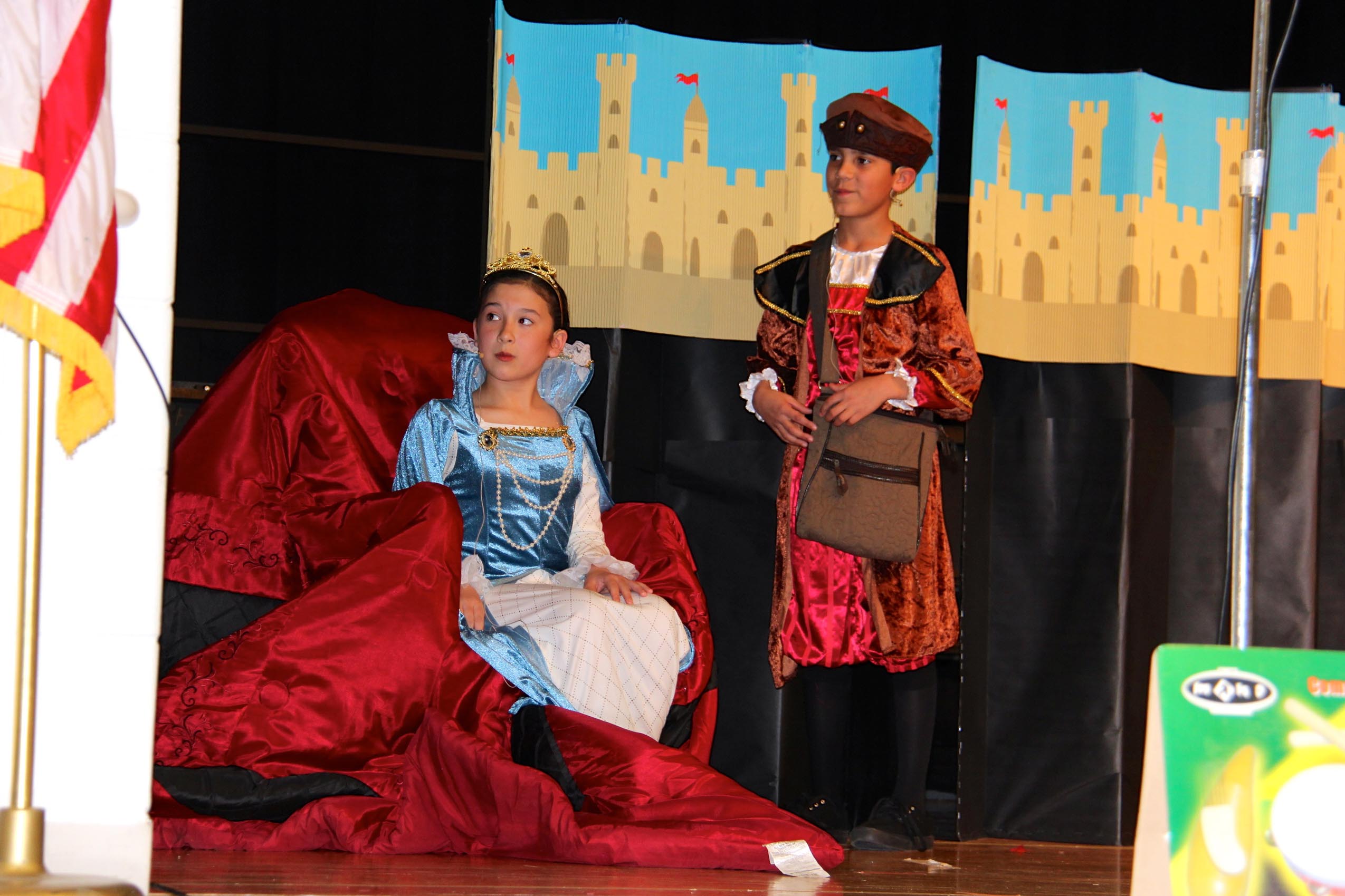 Two student hosts introduced narrators and musical acts in both Spanish and English for the benefit of the audience.

Second-graders strode across the stage behind “los barquitos” – better known as the La Pinta, La Niña and La Santa María – before singing in Spanish from choral risers. 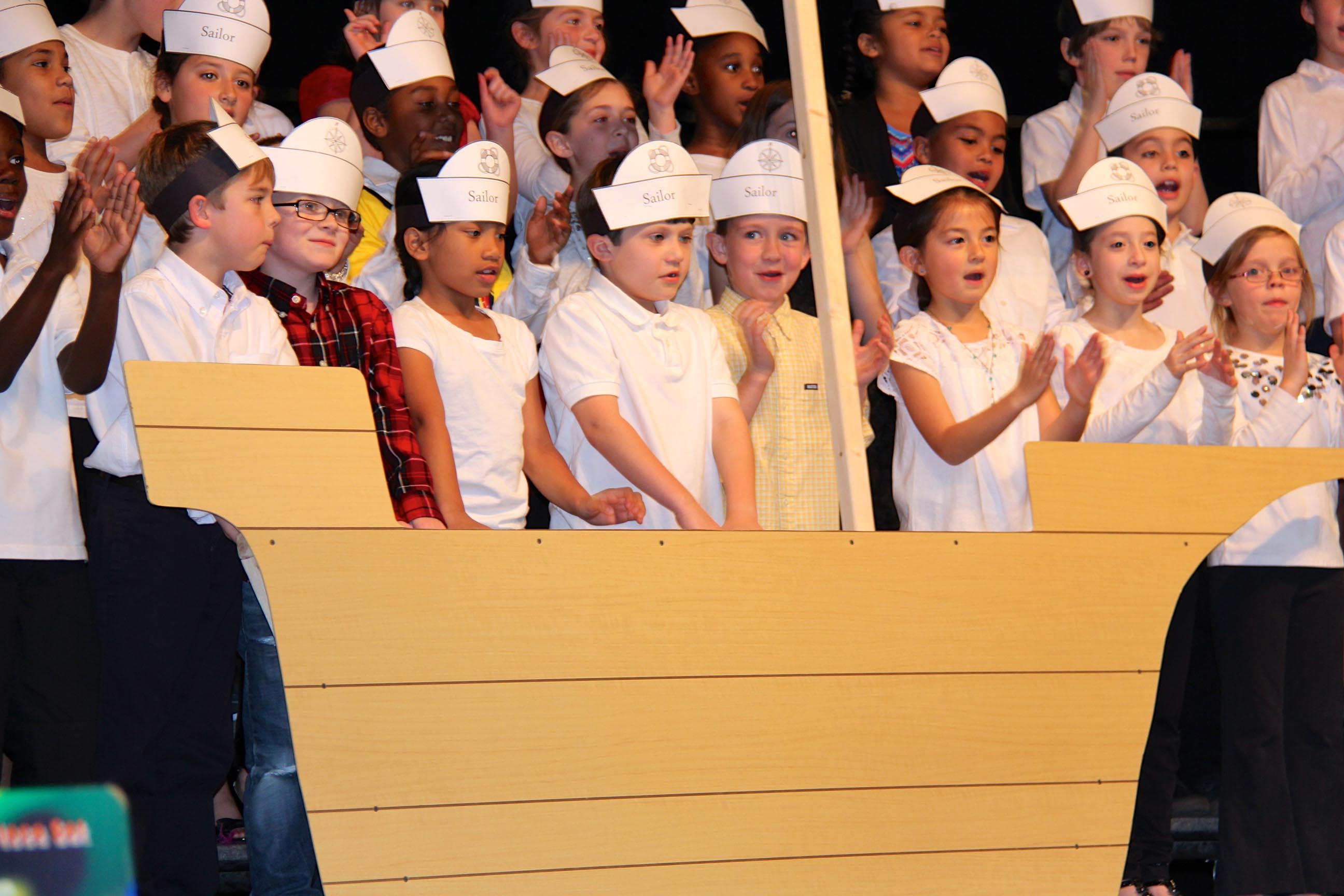 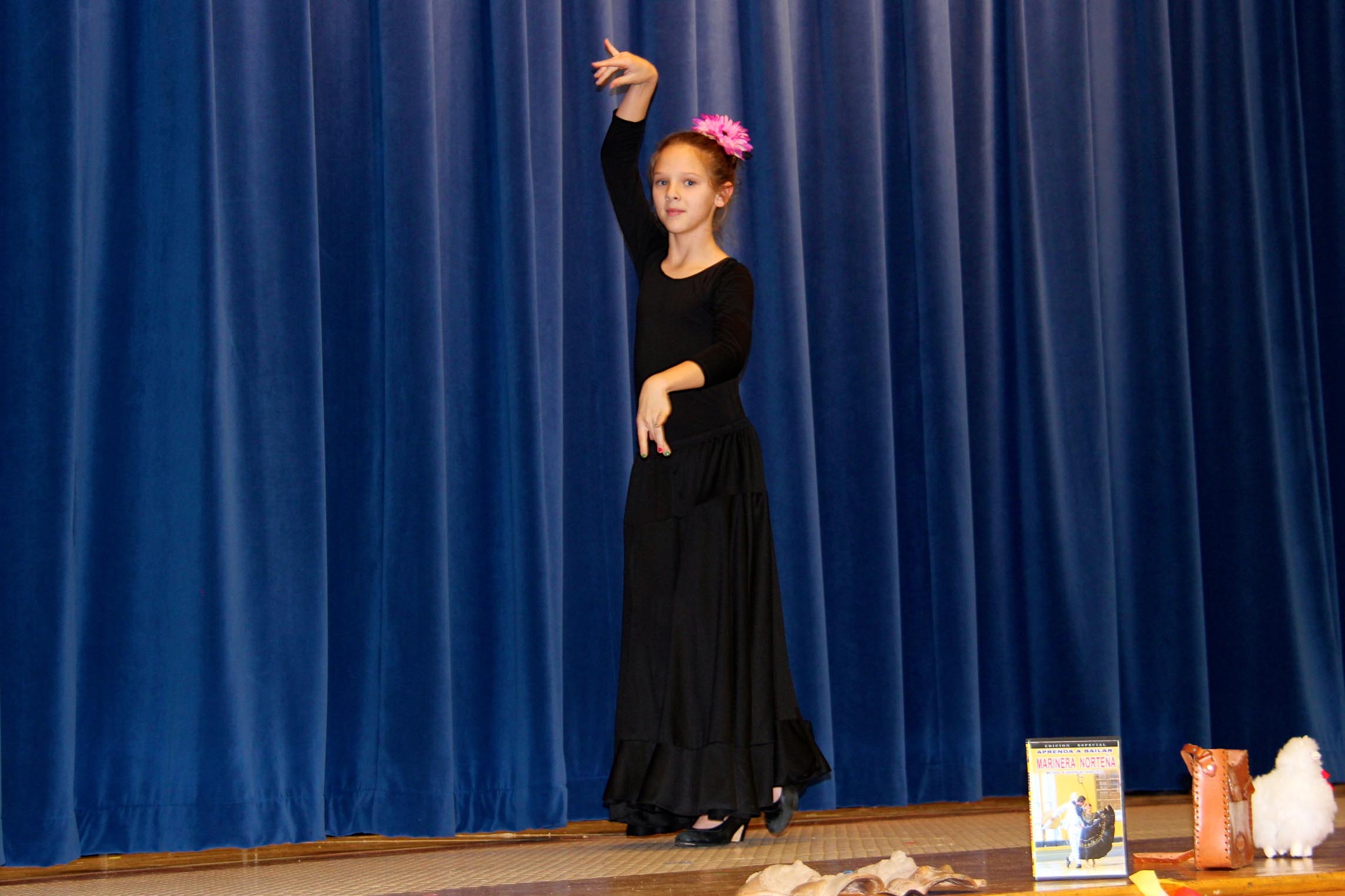 Most people fear public speaking in their own language, let alone in a foreign language. However, if the students were nervous to speak Spanish in front of hundreds of guests, they didn’t show it.

Fourth-grader Declan Leary recalled some nervousness when he began the program three years ago.

“I was nervous when I first started in first grade,” he said, “and then you kind of pick it up. It kept getting easier and easier.”

“Because the nature of the program is speaking Spanish, it’s like a fish out of water. It’s to immerse them in a different language,” explained Wornom.

“Young children can learn a second language like a native speaker,” she added, noting that students learn the language just like a child learns to speak at home.

“They hear it. For a time they don’t speak. Then they hear it, use it and that’s how they build their vocabulary. I do the same thing. It’s simple,” Wornom said. 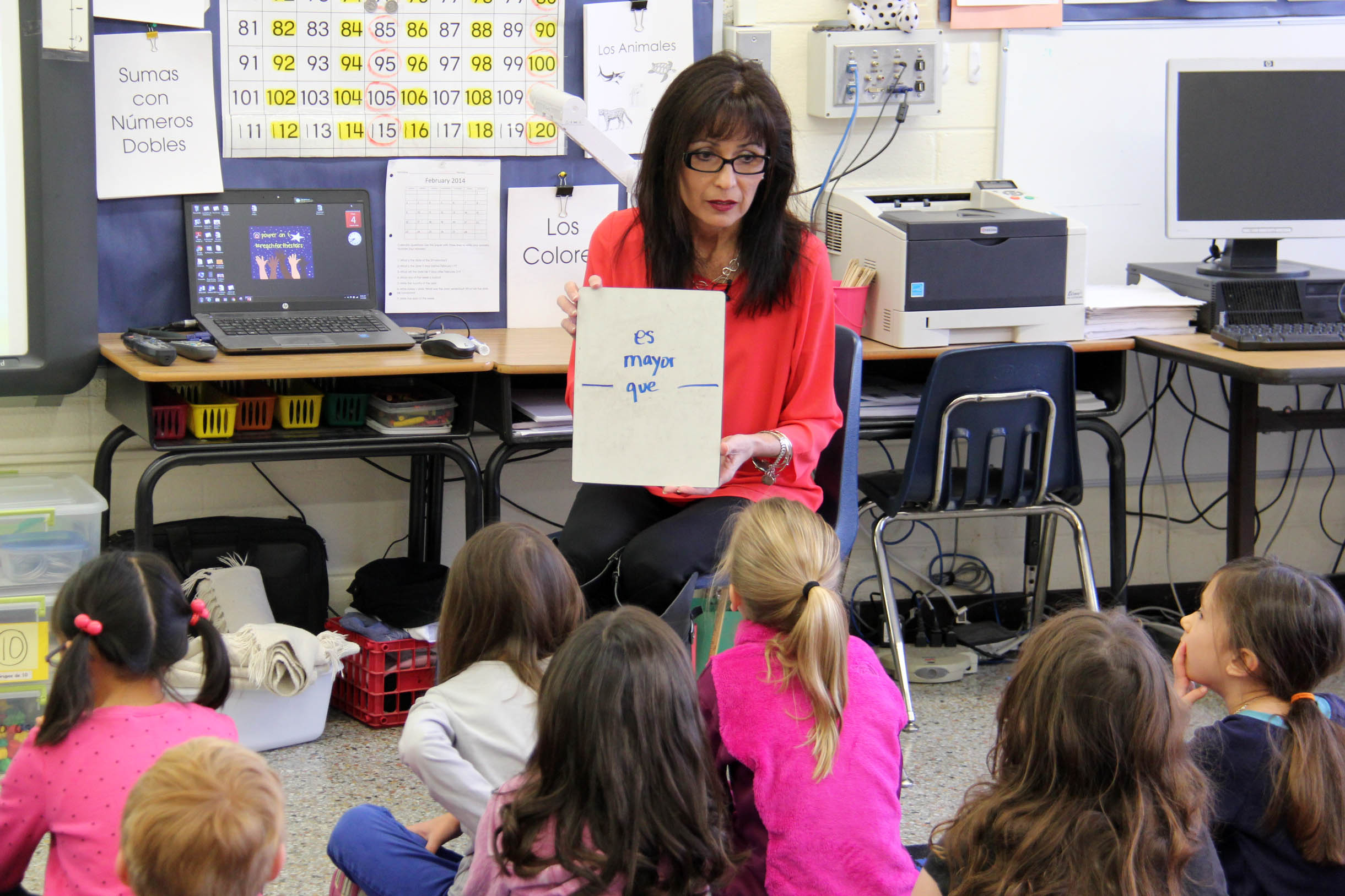 The school division expanded the partial-immersion program to a second school this year, and Wornom is teaching the first Alanton students in the program. A team-teaching model is used to deliver instruction in the target language Spanish and in English.

Students at Alanton and CFES receive math and science instruction from one teacher in Spanish, and then switch classes to study English language arts and social studies with a second teacher in English. Teachers follow the same Virginia Beach City Public Schools curriculum; the only difference is that math and science are taught in Spanish.

“We go through stages throughout the year,” continued Wornom. “In the beginning they are a little nervous, so I speak to them in both English and Spanish. First I say one sentence in Spanish and then I repeat it in English so they can feel comfortable. I use songs, visuals and choral responses and that helps children feel comfortable because nobody’s on the spot.”

“Then what happens is they start translating for me. It’s just beautiful to see,” she said with a broad smile. “I say something in Spanish and then you have these little hands trying to translate to everybody what I just said.” 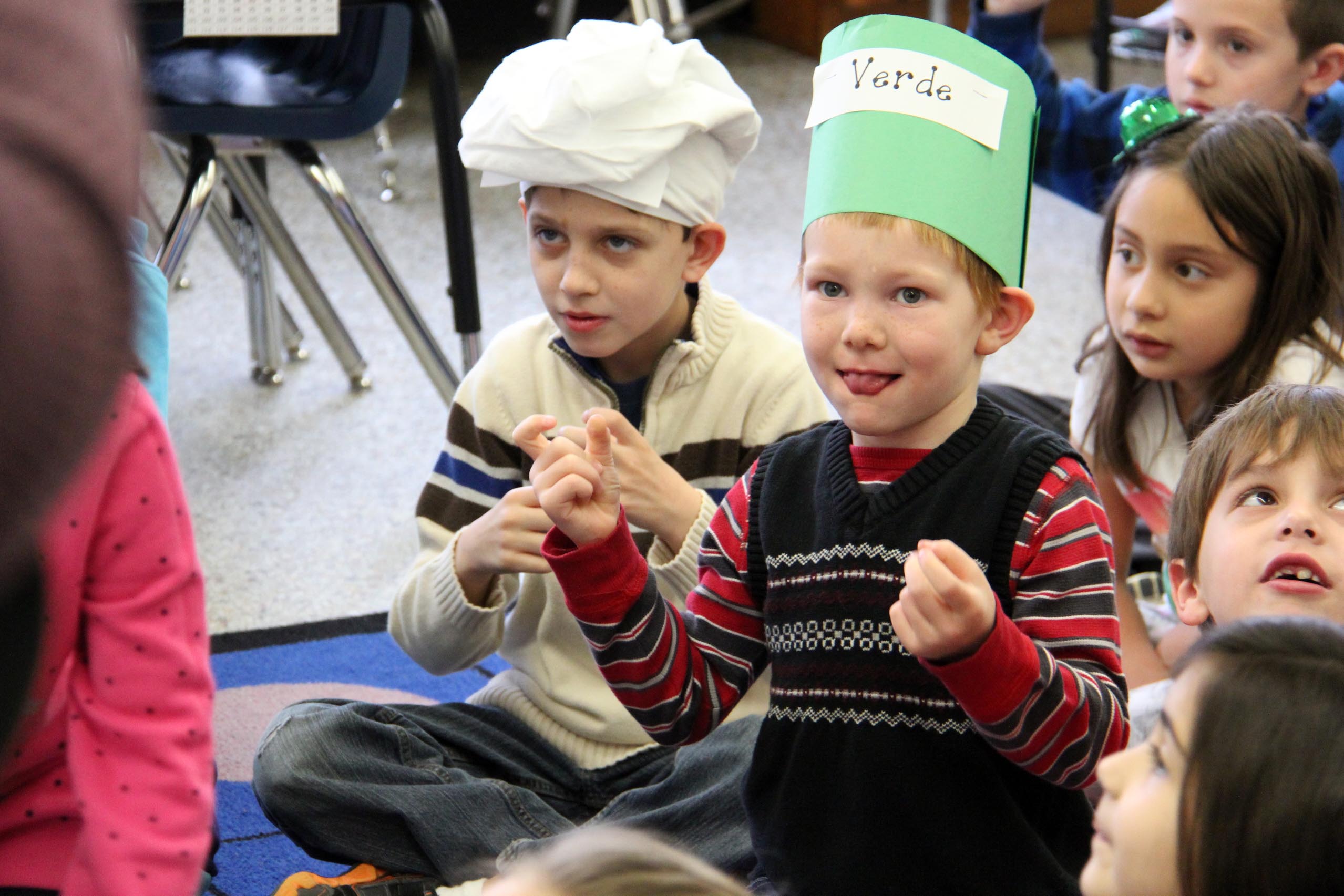 “By January, they feel that they can speak the language and they feel very confident about it. By the end of the year, it is second nature to them,” said Wornom.

“It’s total immersion in my room,” said Moran-DeWald. “It catches them off guard if I use English. They are like, ‘What?!’ They are just used to listening to Spanish all the time.” 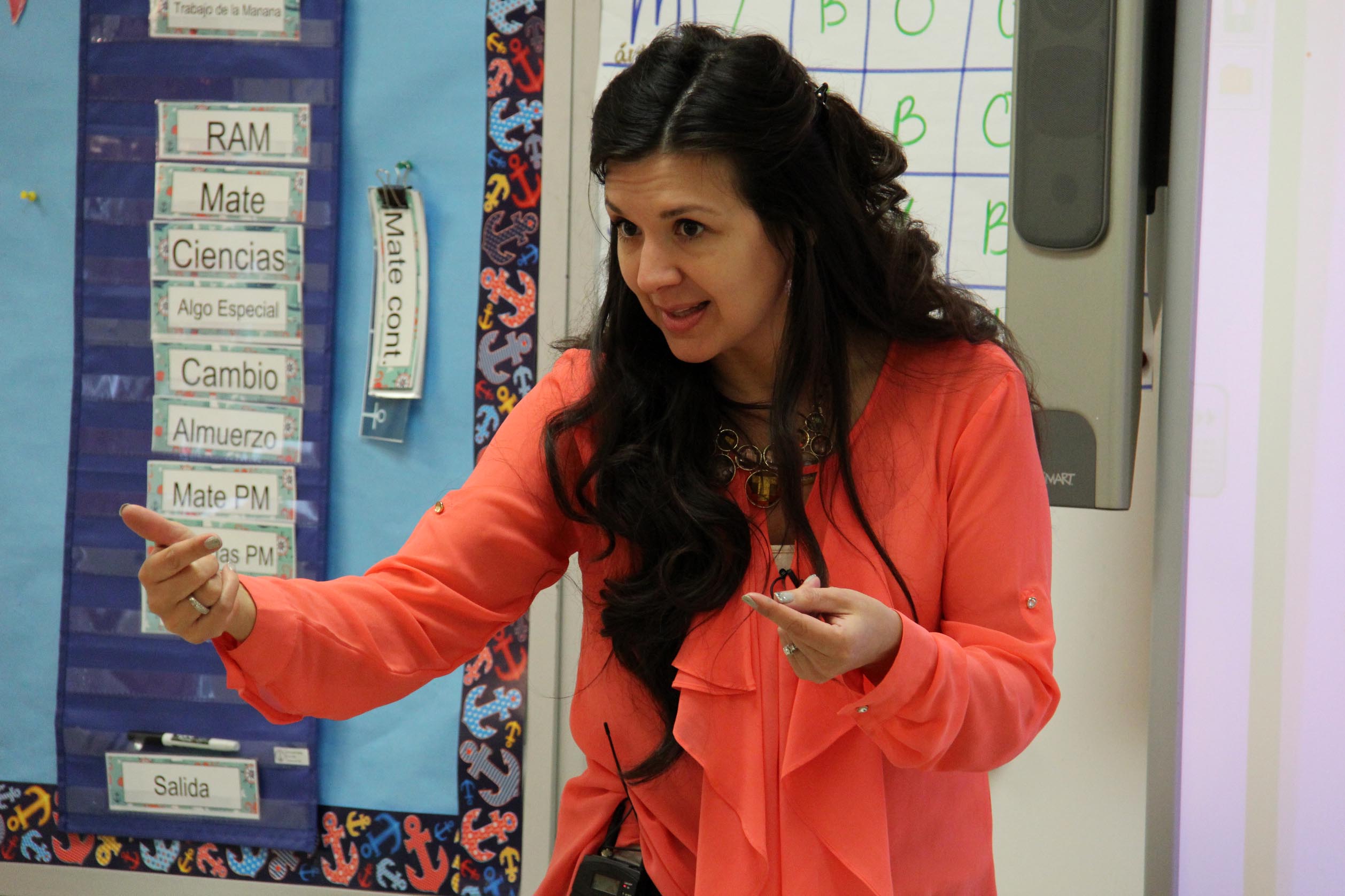 “Once the child in first grade acquires or has the language acquisition skill, it is so much easier for them in the future to understand and acquire other languages,” continued Moran-DeWald. “All of the students whom I’ve had here who have continued to the Spanish immersion program at Landstown Middle School are just so successful. They get into sixth grade taking a high school [Spanish] class and begin to acquire high school credits.”

Moran-DeWald grew up in a bilingual home herself, at a time, she said, when so few of her classmates were bilingual.

It is exciting for the students as well, and their enthusiasm was on full display during La Noche Española – from the first song to the presentation of countries. 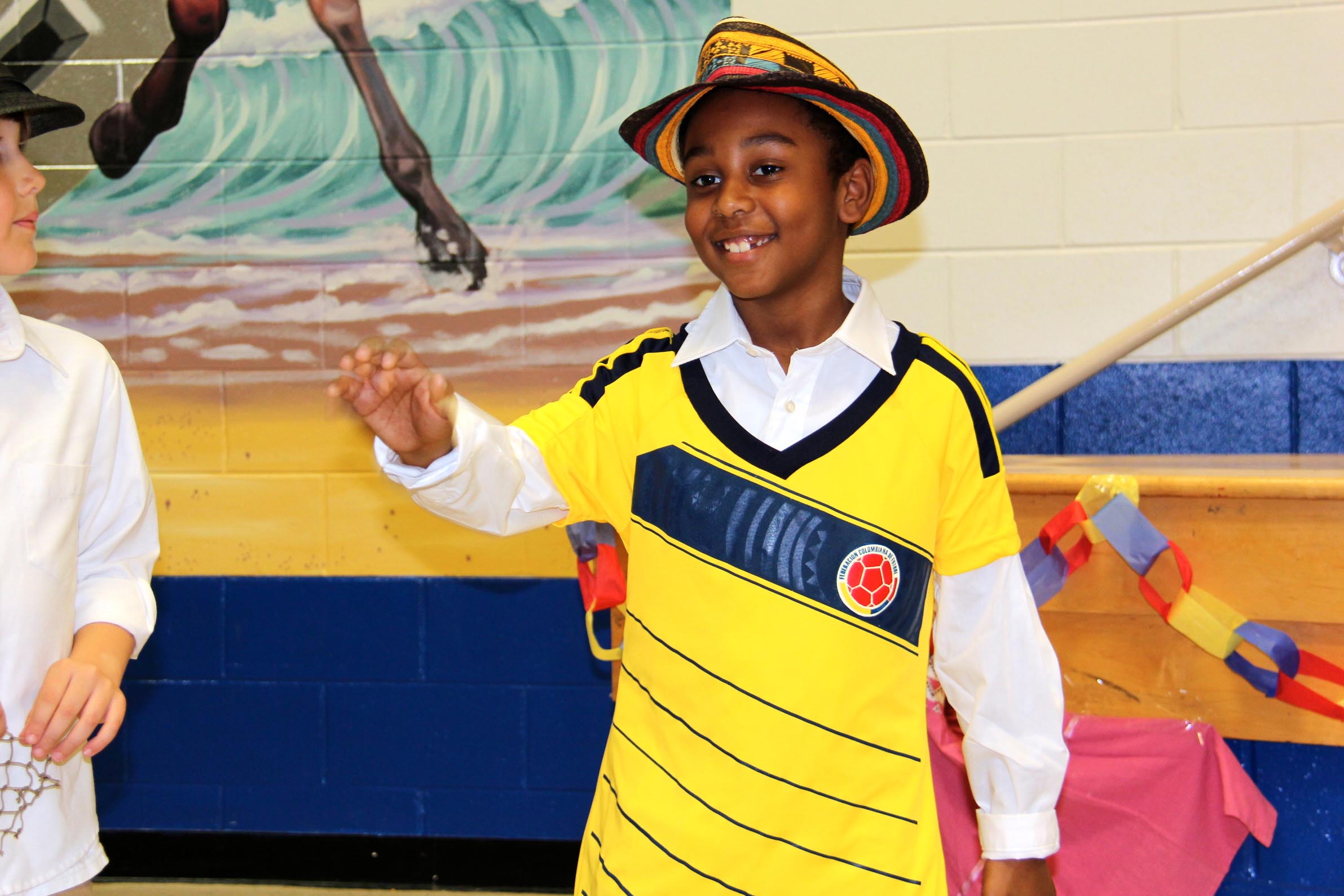 “I like the arts, projects and plays,” said fourth-grader Gabrielle McCants dressed in costume with a flower in her hair. “But I like most that I get to learn another language. If I ever go somewhere where the Spanish language is used, I can understand it and speak to people.”

One thought on “Spanish night showcases language skills and culture”