The first day of school for Abby Furco’s fifth-grade classmates was Tuesday, Sept. 6. For Furco, it was Thursday, Oct. 13, and she couldn’t be more excited.

She was dressed for the special occasion, as any 10-year-old girl would be, wearing a long sleeve pink shirt adorned with a heart made of silver sparkles. She wore a pink headband to match, and the Crocs on her feet were dotted with flowers. 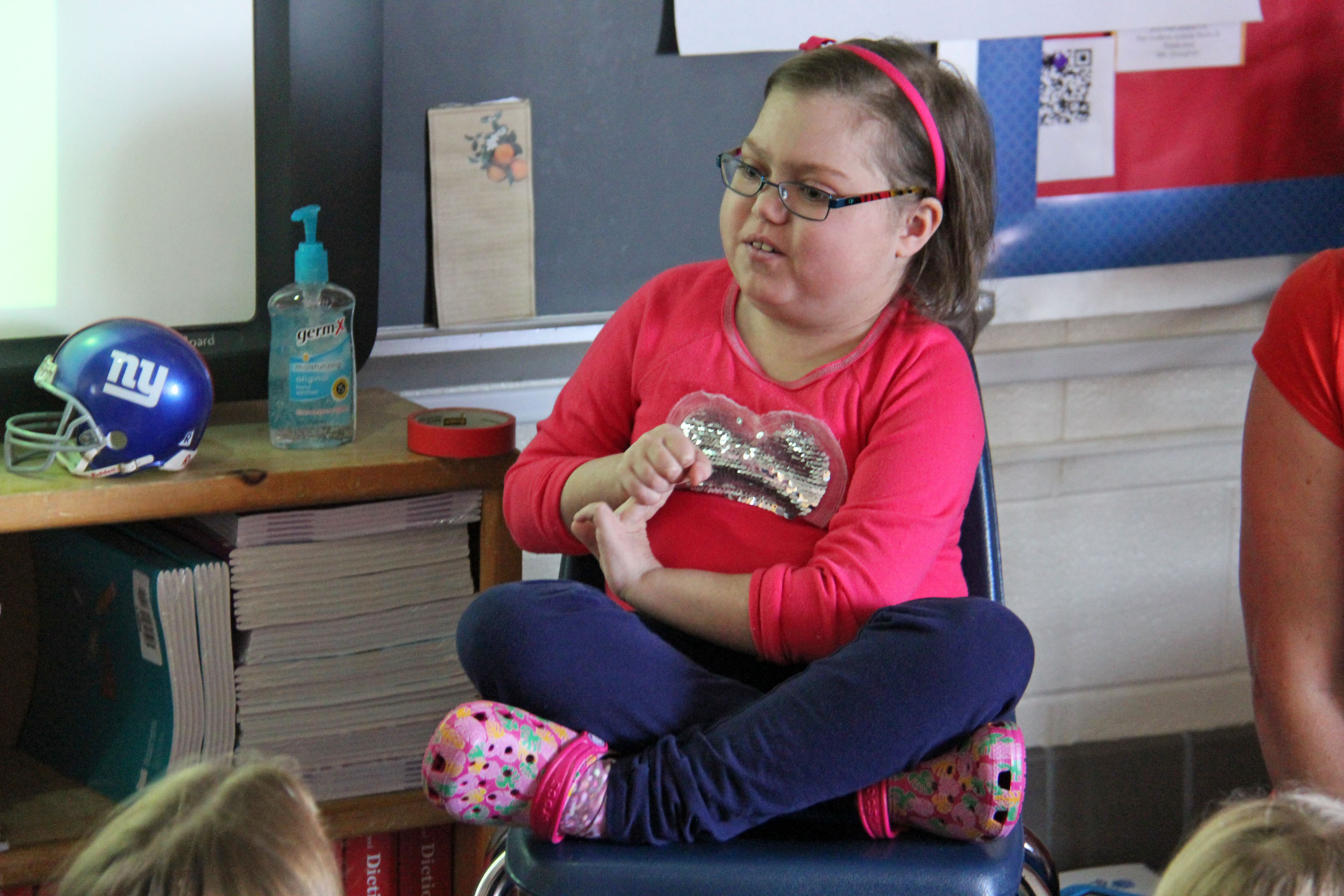 “We are so excited for this next step for her,” said Patty Furco, Abby’s mom. “We truly hope, and we take it one day at a time still, but that this is the first day of the rest of her life.”

Patty holds back tears as she speaks because the rest of Abby’s life was uncertain months ago.

Diagnosed with leukemia when she was 4 years old, Abby beat the cancer once before relapsing in 2014, 10 days into her third-grade year at Red Mill Elementary School. Severe complications following a bone marrow transplant led to more aggressive treatment and hospital stays. In May, doctors determined there were no other treatment options and Abby was released to be at home with her family.

“She was in full failure,” said Patty. “We brought in hundreds of people to say goodbye.”

Months later, back at RMES for the first time since third grade, Abby was saying hello to her fifth-grade classmates.

“Hi, I’m Abby,” she said, beginning a presentation she and her mom prepared for the class.

“Hi, Abby,” said a single student seated on the floor. That response gave way to a chorus of hellos from her classmates as well as smiles and laughter.

Abby and her mom talked through prepared PowerPoint slides to share information about Abby and her illness. A letter was sent home to families in advance to share the news of Abby’s return, and Patty encouraged Abby’s classmates to ask questions about anything.

The first question, however, was not about cancer.

“What do you play Minecraft on?” asked a student after Abby shared her favorite activities, colors and animals to start the presentation.

“I play on PlayStation,” responded Abby.

“Yes, on my computer and my iPad,” Abby said.

“I can play with you,” said Abby’s new friend.

The slides that followed described Abby’s illness and treatments. 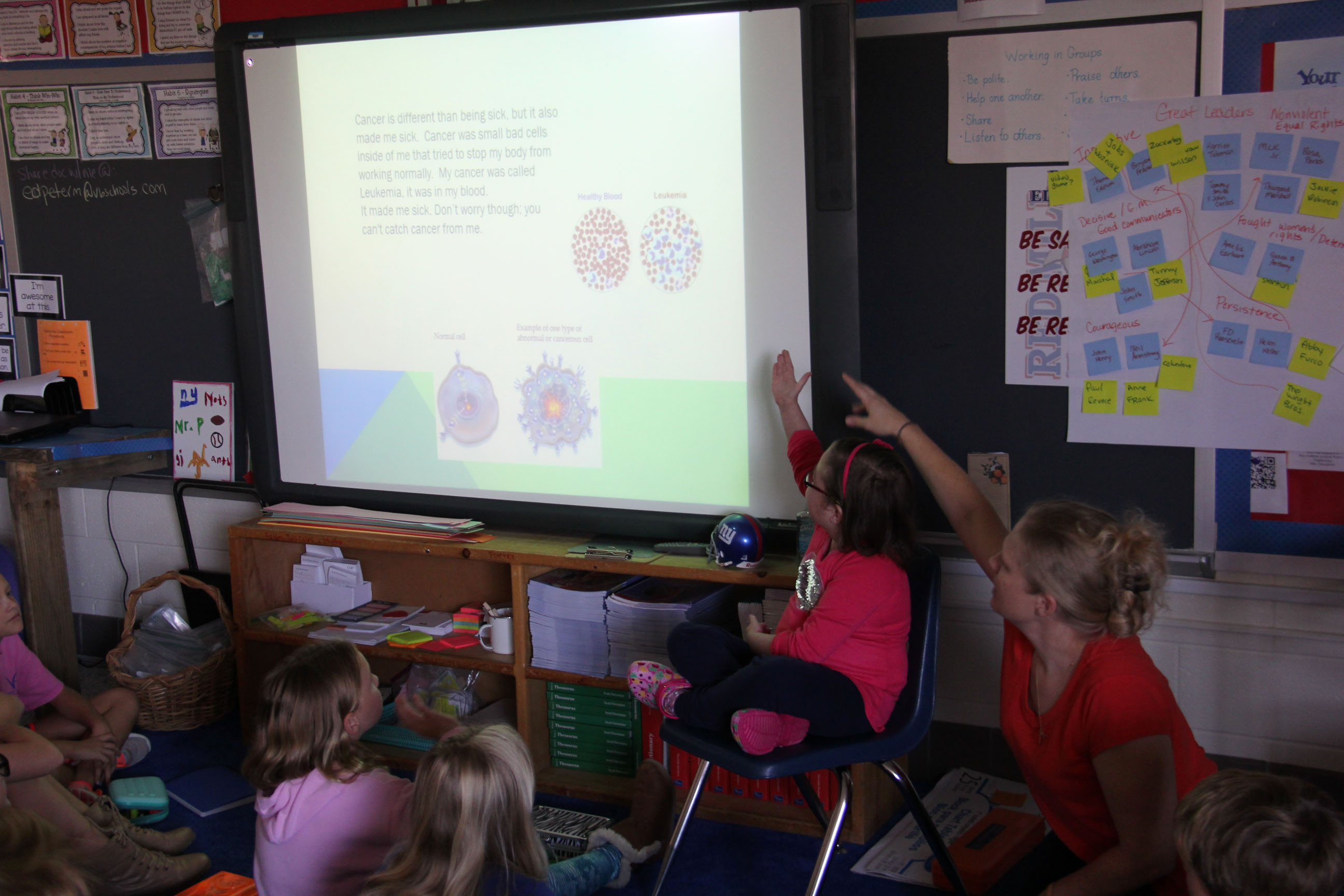 Patty read the text on the slide for Abby.

“Cancer was small bad cells inside of me that tried to stop my body from working normally. My cancer was called leukemia. It was in my blood. It made me sick. Don’t worry though. You can’t catch cancer from me.”

“Which is a really important fact to know,” noted Patty. “It’s not something you can catch like a cold.”

Throughout the remaining slides, Abby’s classmates asked questions and shared their own experiences. 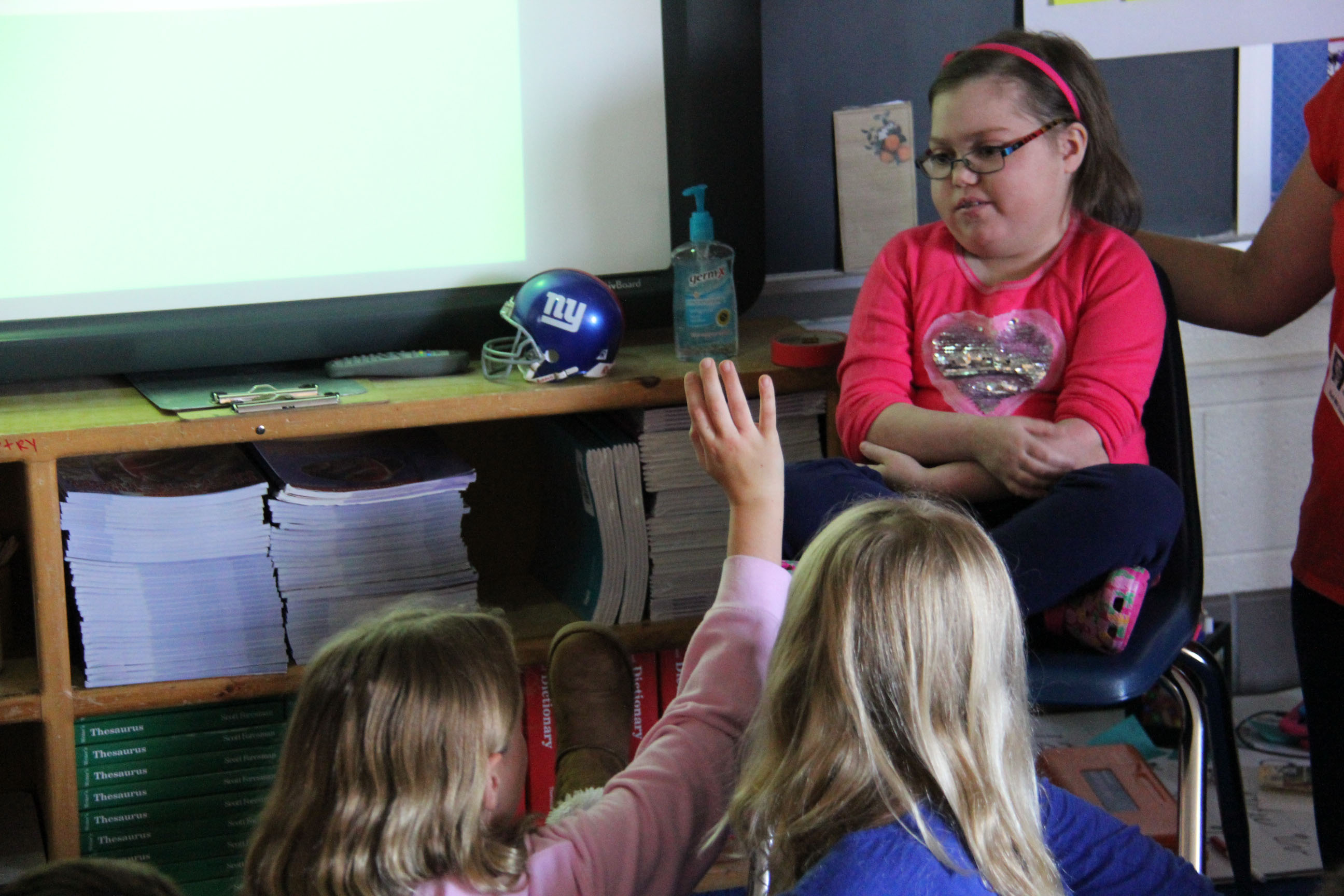 One student recalled his long hospital stay with meningitis. Another talked about her father’s heart transplant. A third student shared that her cousin is a cancer survivor.

“I’m glad to hear she is a survivor,” said Patty. “That’s wonderful! There are lots of survivors.”

Abby added, “Scientists are trying to figure out a permanent way to get rid of childhood cancer. So if you ever get it, no one has to ever get it.”

“Hopefully it will be like a cold,” announced one student.

“Exactly! For adults and kids,” said Patty. “You know what? That is the world’s dream, and there are people working hard on it. Abby’s sister wants to be a cancer scientist.” 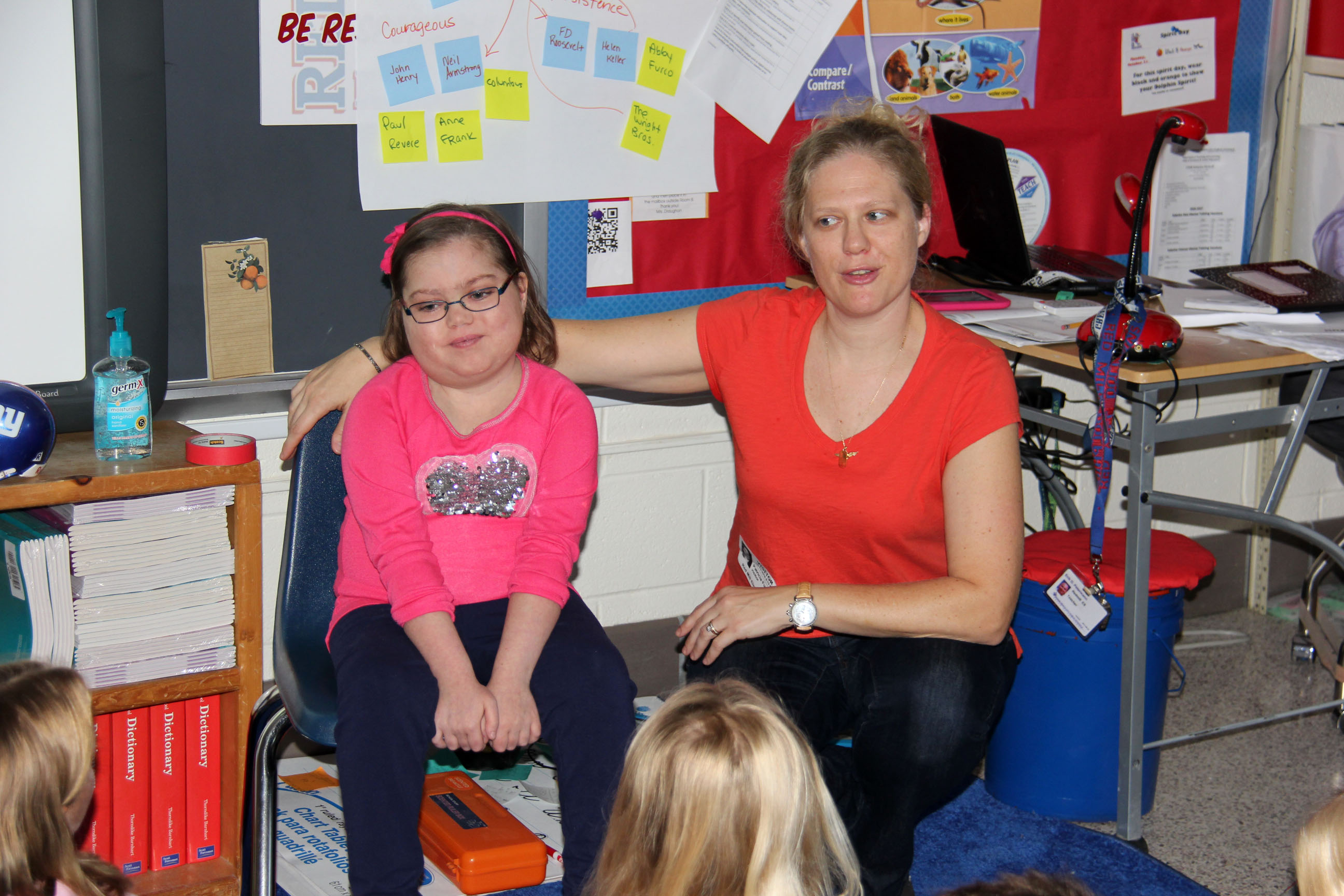 “I’m either going to be a doctor for cancer or stay as far away from it as possible,” said Abby.

The 10-year-old who was given only days to live in May, now talked about her own dreams for the future.

Abby has another dream, her mother shared the next day.

“We’re going to Italy   ̶ Rome, Florence, Venice and Siena. It’s for a dream trip for her,” said Patty.

It was prompted by Abby’s second-grade studies of her heritage. She and her father began planning the trip when she relapsed, and they continued planning it during her hospital stays.

“They’ve researched it and she’s chosen all the different places,” explained Patty. “And when we brought her home thinking it was the end, she was so upset that she never went to Italy. So, we’re doing it. Very nervously doing it.”

Abby is anything but nervous about the upcoming travels.

When asked what she is most excited about, “Everything!” was her response.

And when she returns, Abby can give a second presentation to her classmates. Only that one won’t be about treatments, transplants and trying times. It will be about her dreams coming true in Italy.