It started with a simple request, and seemingly overnight, the foyer of New Castle Elementary School was completely taken over.

Flyers were sent home to the entire school asking them to help honor their “Veterans Day Hero” – the flyers had prompts for families to complete about their veteran as well as a place to add a picture of their military hero.

“They came flooding in,” said New Castle Principal Heather Quinn. “The whole foyer area is filled. We ran out of space on one wall and had to keep adding them. It was a really great response.”

Veterans from every branch of service from World War II to the present are represented, filling a wall from floor to ceiling and spilling onto other walls around the school.

Quinn added that the Veterans Day Hero project not only has been engaging for visitors to the school to see, it has meant a great deal to the students who participated.

“The kids have a lot of pride in it – to be able to see their grandfather, grandmother, their mom, their dad or their loved on up there,” Quinn said. “They have a lot of pride. They like to go down the hall and tell you who (their person is).” 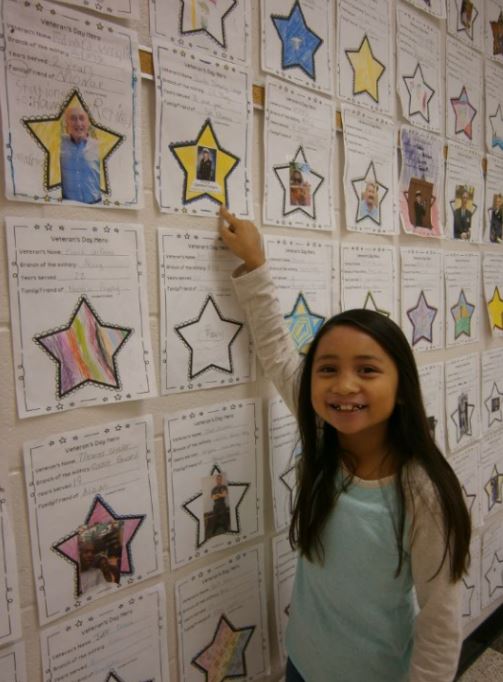 “It was a neat thing for them to see.”