That’s unusual, according to museum director Mike Potter, who explained to Dockiewicz and his fifth-grade peers from Creeds Elementary that most residents don’t even know the museum exists.

“People come from all over the world to see this place. They plan their vacations to see this museum and all the treasures we have,” said Potter, noting TripAdvisor’s top rating of the museum as must-see for the city’s visitors. “But 90 percent, 9 out of 10, of the people who live Virginia Beach don’t have a clue that we’re even here.”

“So, we’ve got a challenge,” continued Potter. “We think this place is pretty special, and we need to figure out how to reach young people just like you. We need to understand how you process things, how you take in messages, and what kinds of messages you hear most clearly so we can get out there and make other people understand just how special this place is. We need consultants.”

And just like that, on Dockiewicz’s seventh visit to the Military Aviation Museum, he and his classmates became official advisers to the museum. 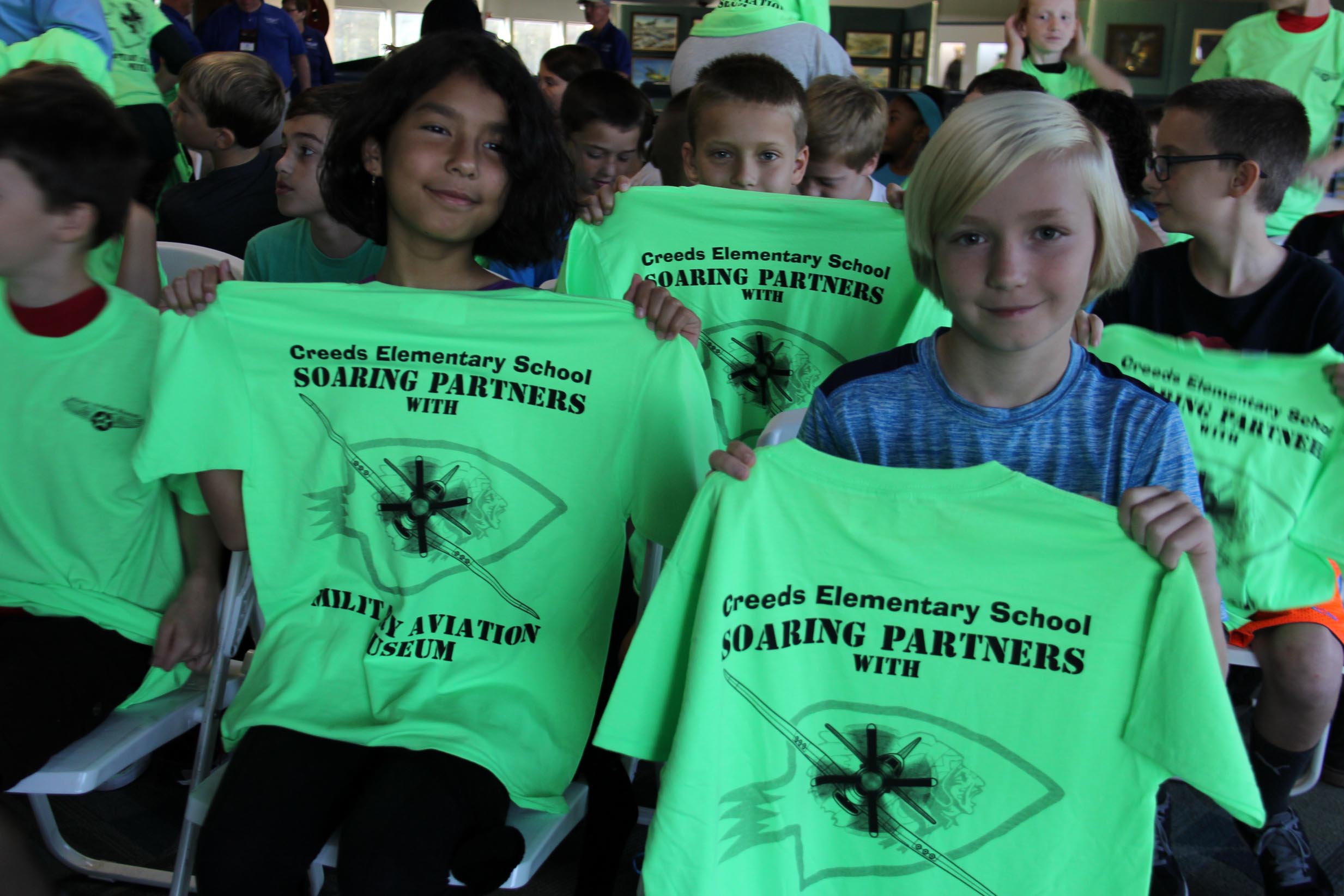 After a few ceremonial photos and signing of an official partnership agreement, the students got right to work. They won’t present their ideas for marketing and student learning experiences to the museum’s board of directors until April, but none of them wanted to waste any time.

Walking wide-eyed with iPads, the newly-appointed advisers toured the museum’s aircraft hangers with docents, taking notes and photos for research. The official adviser t-shirts they received permit them and a parent to visit the museum free of charge to continue researching as needed.

They captured photos of plane wings and nose cones.

They peeked in open bomb bay doors and peered in cockpit windows.

They marveled at ammunition and asked about aircraft insignia. 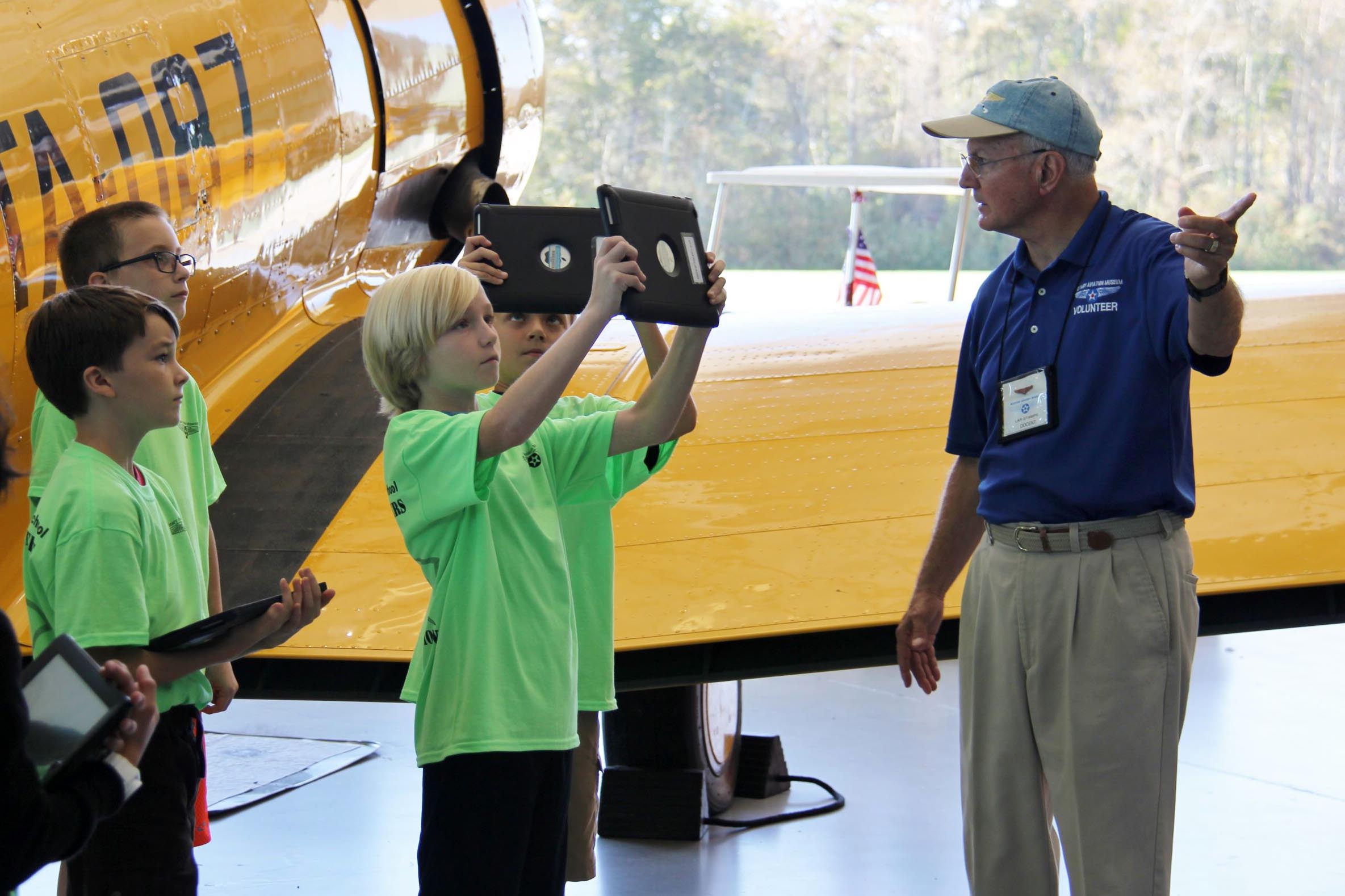 They also couldn’t resist taking video when they spotted a tabby cat chasing a mouse on the floor of the World War I hanger. Even official advisers get distracted by a good cat-and-mouse chase.

Only 20 minutes into its tour, one group was already brimming with ideas on how to help the museum with its marketing problem. They rattled them off to principal Casey Conger on their way to the next hanger, adding to one another’s ideas as they walked.

-We need to tell people to come when Santa visits.

-And we can take video of him flying in.

-We can post pictures of all the different planes.

-Yeah, and we can tell them that most of the planes here still fly.

-Even though some are almost 100 years old.

-Its wings were full of gas!

-And one has an oven in it.

“An oven? I’m not cooking while I’m flying,” countered Conger. “I already cook too much on land.”

Fifth-grader Autumn Gregory thinks the museum should set up a learning station where students can sort through smaller plane parts and build their own aircraft. She is quick to add that the museum can then Tweet photos of the new creations.

Gregory and her classmates will have such an opportunity when they return to the museum at the end of the month for a design challenge. They will apply lessons learned about force and motion to build their own planes and test them on the museum’s runway Oct. 30.

After their tours, the students gathered for a closing session, reviewing their photos and sharing cat-and-mouse videos. 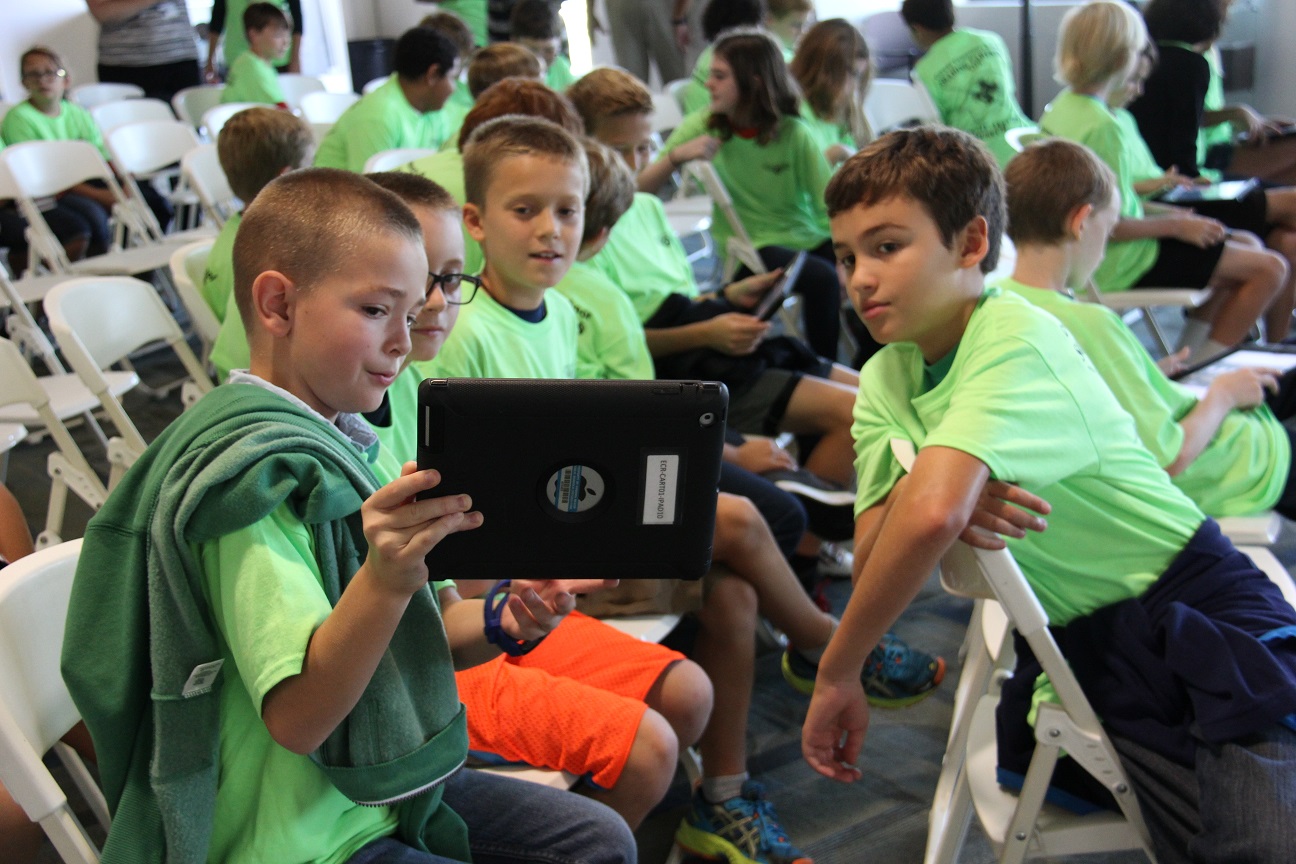 “Do you guys think you can help us?” asked docent Mitch Welch.

“What do you say kids, can we do this?” Conger added. “Yes we can! Just like Rosie the Riveter said.” 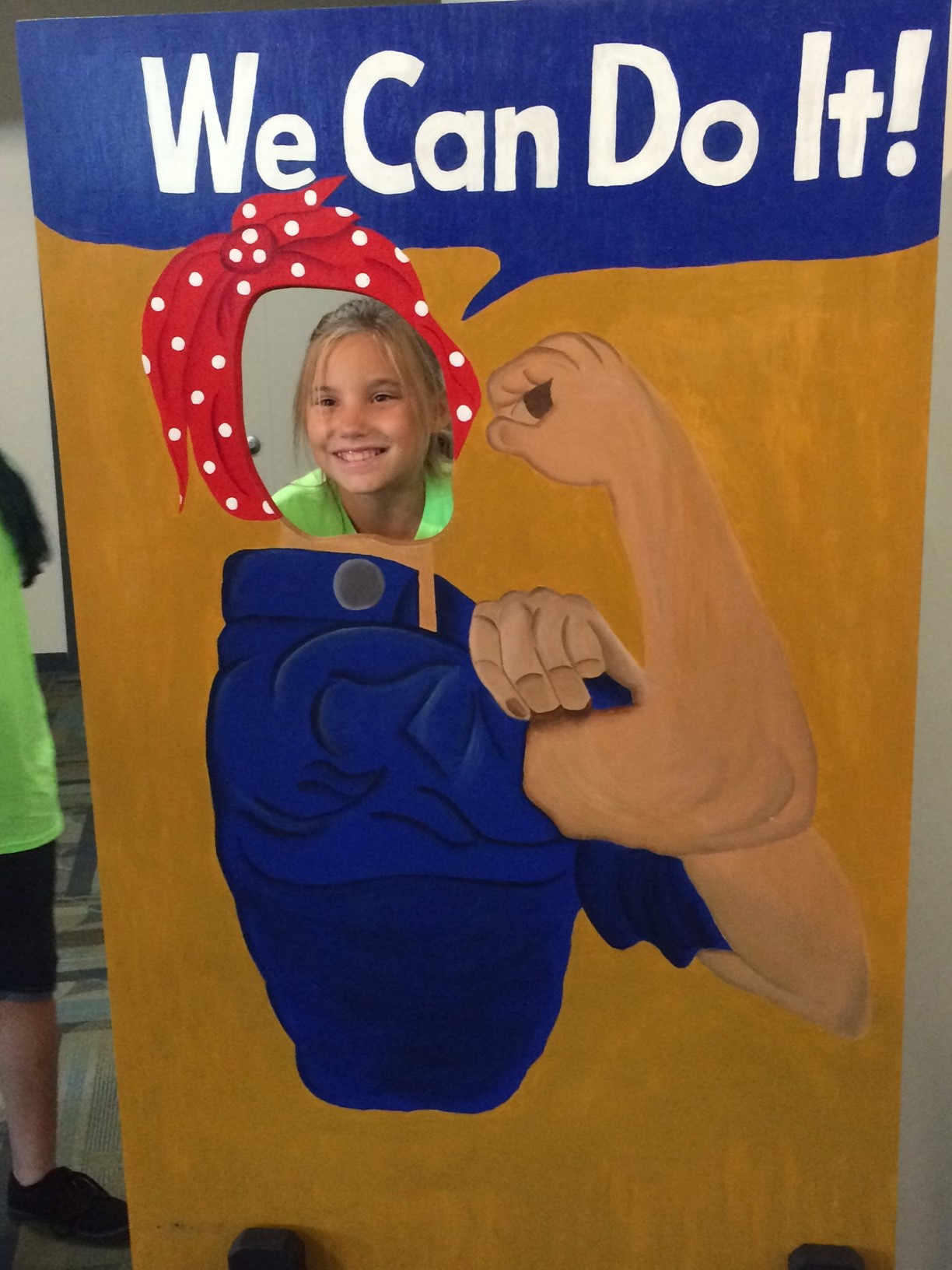 “We think this is going to be a special partnership,” Welch told the group.

“We saw some of the rarest planes in the world today, and we learned about some of their battle techniques,” he said. “I think some kids would just think it’s really cool seeing planes that still fly that flew 50 to 100 years ago.”