It’s said to be a bond like none other: having a twin.

And, this year, at First Colonial High School’s Legal Studies Academy (LSA), there was something of a twin connection with two separate set of twins accepted into the academy and graduating together this week. At graduation, Veronica and Victoria Cox (better known as Roni and Tori) and Cabell and Caroline Graves will share their last school memories together as they walk across the Virginia Beach Convention Center stage. 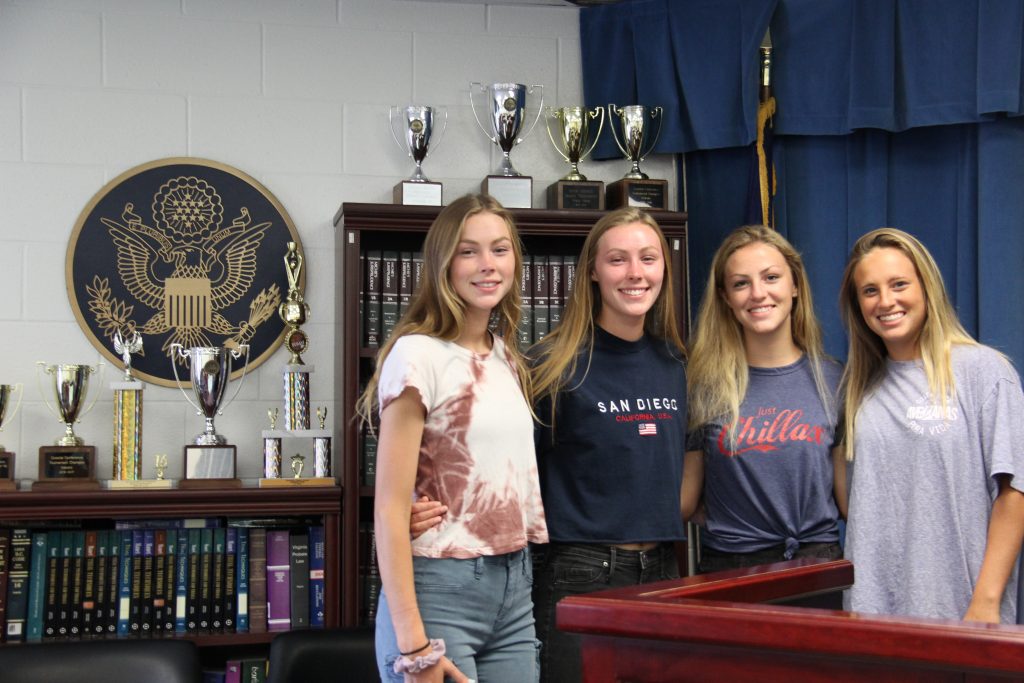 Historically, academies have had an occasional set of twins attend together; however, to have two sets of twins be accepted and attend the same academy is rare.

The Cox and Graves twins knew they were interested in pursuing an academy in high school and they were going to be together while doing it.

“We just didn’t feel like it was time to split up yet,” Cabell said. “We were really down with going where ever one of us went. (We thought) even if we don’t end doing something in the legal field, we would get good skills out of (the LSA).”

Roni and Tori applied to a couple of different academies, but had a little help in finalizing their decision.

“My parents, I think influenced us and said, ‘Well, it will be a lot of easier if you two went to the same school,’” Roni said with a laugh.

They all agree having that built-in study buddy, confidant and friend made their experiences in LSA that much easier.

“Just having someone to practice your opening or closing with or your senior project,” Tori said.

“It’s also just kind of cool to have similar experiences, and you can learn from each other,” Roni said. “It just helped over the four years.”

“I always had someone there if I was struggling with a project or homework, or practicing for a project,” Caroline said.

And, with two people going through the academy, there was twice as much to take in and share.

“It made the academy like a richer experience because we had different teachers and different classes and we talked about what we learned, just interesting things and things we found fascinating,” Cabell said. “I feel like we learned more and grew more just through that.”

“My future is developing in front of me and it’s exciting and new,” Cabell said.

However, that does not mean there is not also some bittersweet emotions.

“In the beginning, it was, ‘We’re definitely going to different schools.’ Now, that it’s getting closer, it’s starting to hit that we’re not going to be with each other,” Tori said. “In reality, your twin is your best friend – whether you want to admit to it or not, so it’s hard to leave them.”