The active duty technicians based out of JEB Little Creek/Fort Story not only told students about the primary functions of their job, but animatedly explained the importance of math, science, social sciences and world languages to their work. The EOD technicians engaged students in a science lesson on explosions, discussing energy, pressure, waves, and the detrimental effects they can have. Technicians also demonstrated the engineering that went into the EOD 9 bomb suit and robots, displaying the technology that assists them in their jobs. 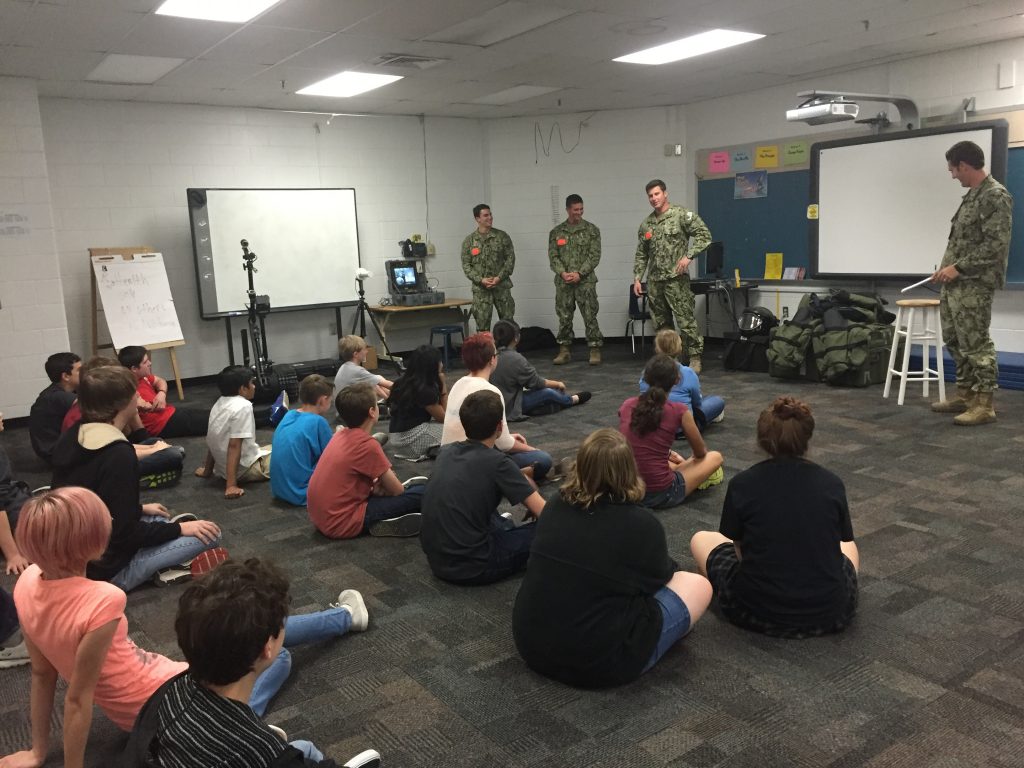 During a special Q&A session with the technicians, students got some answers to their most pressing questions. For instance, when asked if they were scared when encountering an explosive device, the technicians drew a parallel for the students. They explained you can either be scared of a problem or use what you know to work through and solve the problem despite your fear, similar to tackling a challenging math problem in class. Out in the field, it’s taking things step by step that helps keep themselves and their team alive one minute at a time.

Students were then able to try on parts of the 85 pound suit and control the robot the team brought with them. Overall, students learned how math and science are a major part of real world careers, gained in-depth knowledge of a specific military career, and connected real world events to the concepts they are learning in the classroom.