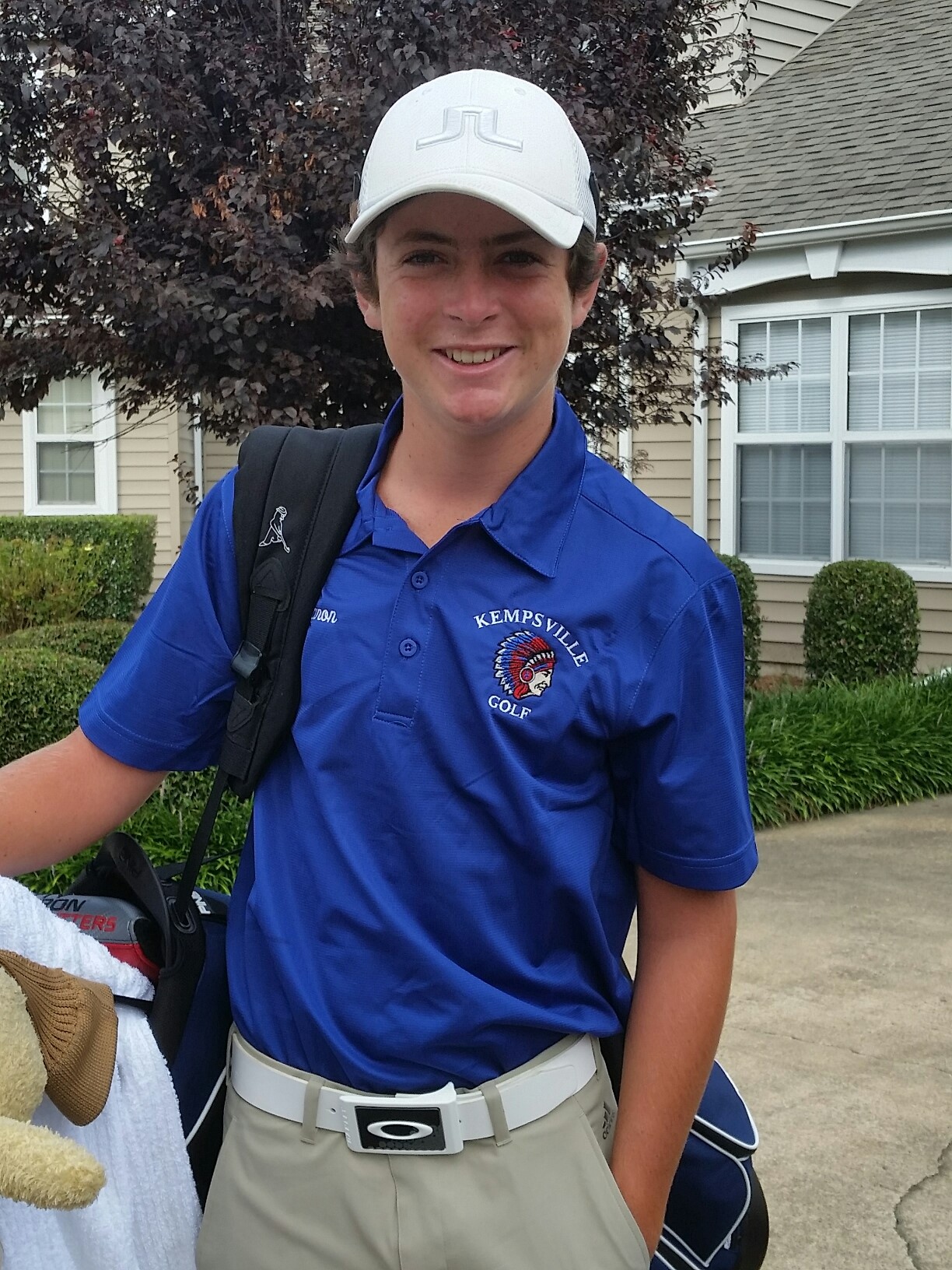 Now a freshman at Kempsville High School, Jaron Leasure edged out this year’s state title Oct. 11 in a one-hole playoff. According to Kempsville Student Activities Coordinator Tim Wolf, Jaron is also the school’s first golf champion in more than 20 years.

“It was a lot of pressure. I definitely felt it on the first holes,” Jaron said. “It’s a very different tournament than anything else because you’re representing more than just yourself. You’re representing your school and your coach.”

Part of a proud military family, Jaron briefly stopped playing when his family relocated to Guam, but he picked up the game again at age 10 when they moved to Southern California. Jaron has been “all golf” since then. 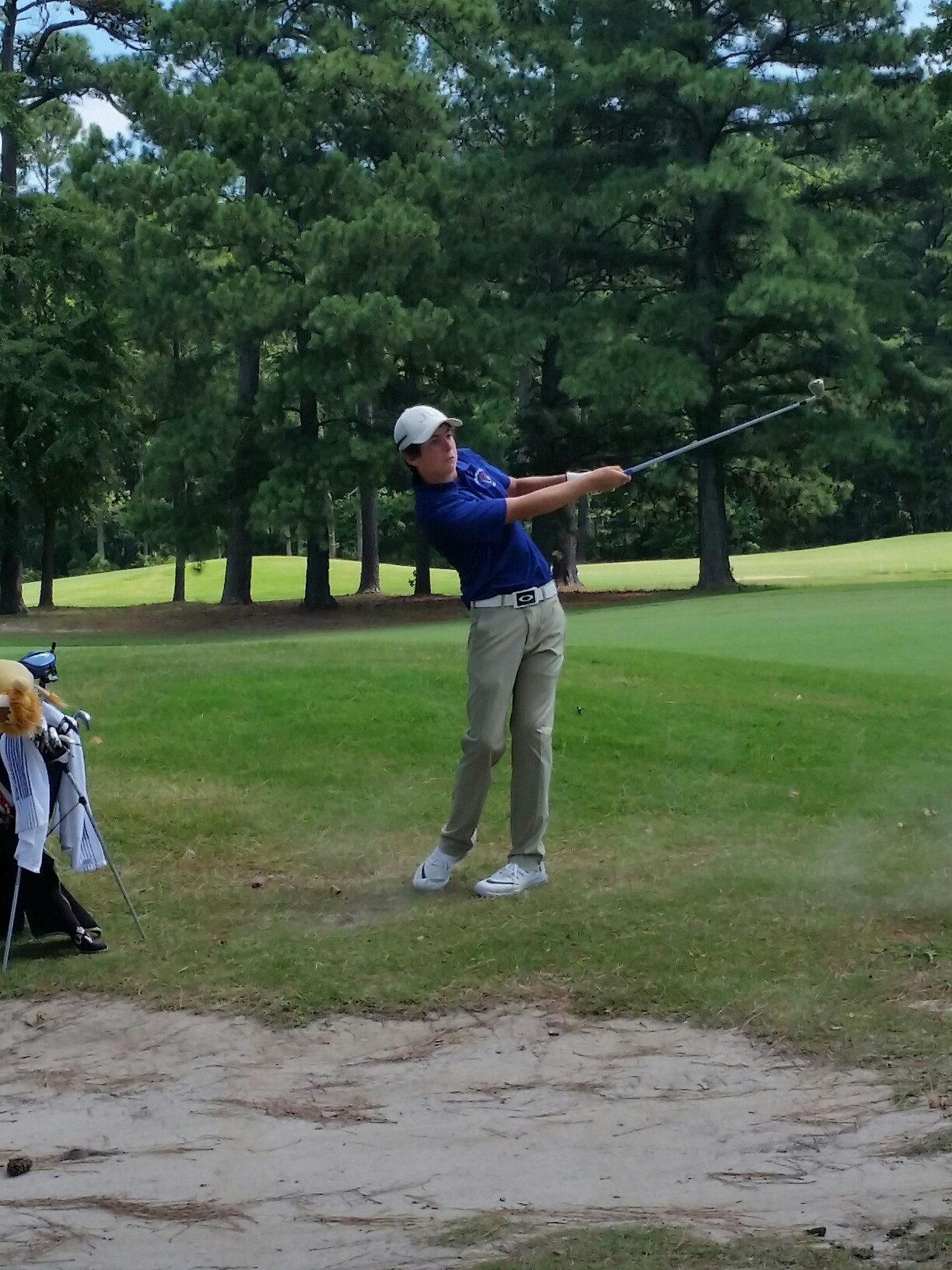 “It’s an individual sport in which I control my own outcome and I don’t have to rely on others. If I make a mistake, it’s my fault; if I succeed it’s because I’ve practiced hard and got the work done,” Jaron said.

That outlook is one that he also applies to school.

“Golf requires a lot of focus and so does school, whether it be studying for a test or even doing assignment in class. Golf prepares you for that,” he said.

Jaron competes in multiple junior golf tours and this summer won three straight Virginia State Golf Association Junior 18 Hole tournaments. He also qualified for the Drive, Chip and Putt Nationals to be played at Augusta National Golf Club the weekend before the Masters, one of golf’s four major championships.

Jaron’s ultimate goal is to play professional golf, but not before attending college to earn a degree in aerospace or engineering.

So what does Trip think of his son’s success?

“It’s great to see his hard work with such quick results,” he said.

“It’s really fun to see the dedication and have a fruitful outcome. It’s exciting to watch him golf and watch him grow.