First Colonial High School’s Carley Rudolf is the 2017 Virginia High School League Girls Golf Co-Champion, but this is not her first time achieving this feat.

She clinched the VHSL championship in 2015 as a freshmen and this year, as a junior, tied as co-champion. At the state championship, played Oct. 24 at Independence Golf Club in Midlothian, Rudolf also achieved something that most golfers don’t accomplish in a lifetime: sinking a hole-in-one.

That was her third career hole-in-one.

Her first hole-in-one was at the U.S. Kids Golf Championship for golfers ages 13-18.

Since that time, she has played numerous tournaments and always garnered a Top 5 finish at the Peggy Kirk Bell Girls Golf Tour, the largest girls-only tour in the nation, according to the organization’s website, and a tournament that carries the namesake of the legendary iconic golfer who advocated for women’s golf.

Rudolf picked up the golf bug at the invitation of another woman: her grandmother. 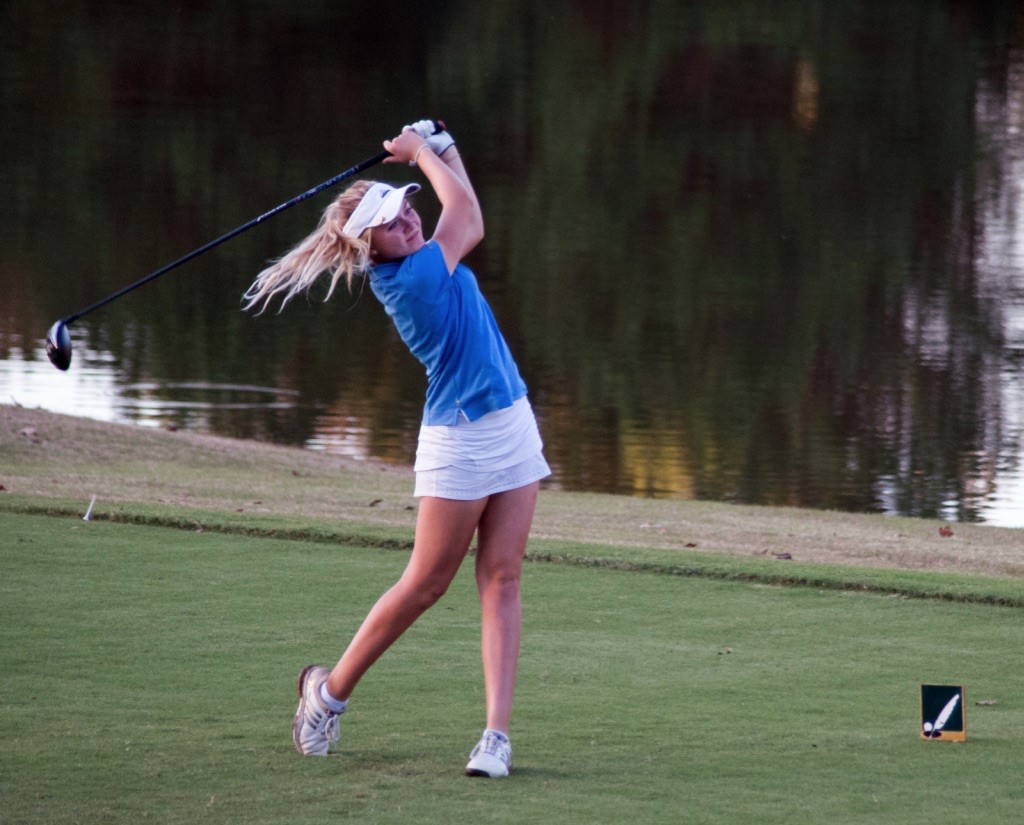 “I started playing when I was 11 years old,” Rudolf said. “My grandma took me to Owl’s Creek, which is now closed down, and that was it. I was in love with the sport.”

One month later, Rudolf entered and won her first tournament which she fondly recalls earned her $100 from her grandparents.

“My grandmother said that she would give me $100 if I placed first, second or third place,” Rudolf said. “She didn’t know there were only two players.”

Rudolf, who has a 0.6 golf handicap, is looking forward to next year’s state championship.

If she wins at state next year, she will have earned the most VHSL girls’ golf titles in the past 15 years, according to VHSL available records.

As far as playing at the college level, Rudolf says that “hopefully I will continue playing in college. I definitely want to get a scholarship.”

She has her sights set on Virginia Tech and plans to pursue a career in broadcast journalism.

Will she join the professional golf tour after college?

“I used to want to join the tour 100 percent but I just want to experience college and see where it takes me.”