“Where’s the honey?” the 16 students in Landstown Elementary’s Earthtastic Club asked one another as they worked in one of three teams on their soon-to-be tasty creations inside the school’s main kitchen. 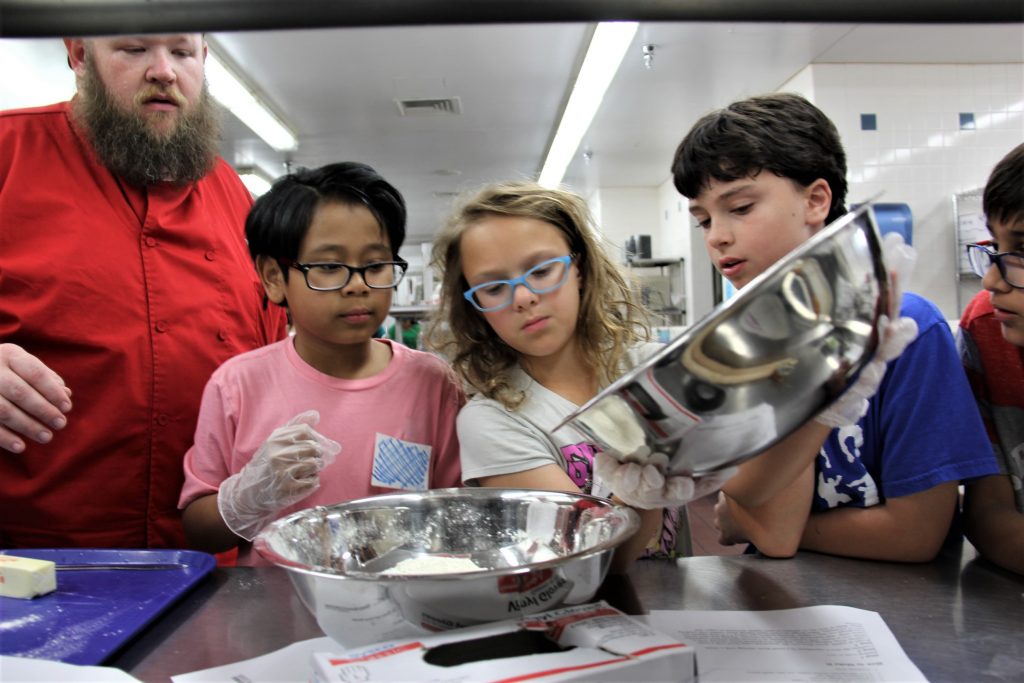 Outside in the cafeteria, their parents were carefully choosing seats to ensure they got a front row view for the school’s first-ever Iron Chef-style competition.

“What’s the secret ingredient?” Norfolk Beekeeper Association president Frank Walker, one of three judges, asked as he moved from group to group observing the students measuring, stirring bowls of batter and zipping to sinks to wash dishes so their stations remained clean.

That honey was extracted from Landstown’s beehive, one part of the school’s focus on sustainability, which started a few years back as students began studying the world’s vanishing pollinators. The school also started an Earthtastic Club through which students have had an opportunity to work in the school’s garden, plant trees, grow more than 200 tomatoes and hear from high school guest speakers who are also involved in sustainability.

This year, Earthtastic Club members worked with chef Kip Poole who is developing the division’s scratch cooking program and whose team is testing recipes at Landstown and Old Donation School.

“They’ve been exploring cooking skills and they ultimately had to find a recipe with honey,” according to Kim Bielmann, the school’s gifted resource teacher who is one of two club advisers as well as the brainchild behind the study on vanishing pollinators. She added that this is a cross-curricular project since students are bolstering their skills in math as they measure items, reading as they carefully follow recipes and collaboration since they have to work in teams.

There is one other skill that they are quickly learning: problem-solving.

“We made the cookies a few weeks before just to see how they would turn out and we made a couple of changes,” said fifth grader Arianna Lavaway. “They were too close to each other and we couldn’t separate them so this time we had only one person place them on the baking sheet so they can space them out perfectly.”

“It tasted too sweet,” she said describing their previous cookie batch, adding that their new strategy was to “drizzle a little less chocolate.” 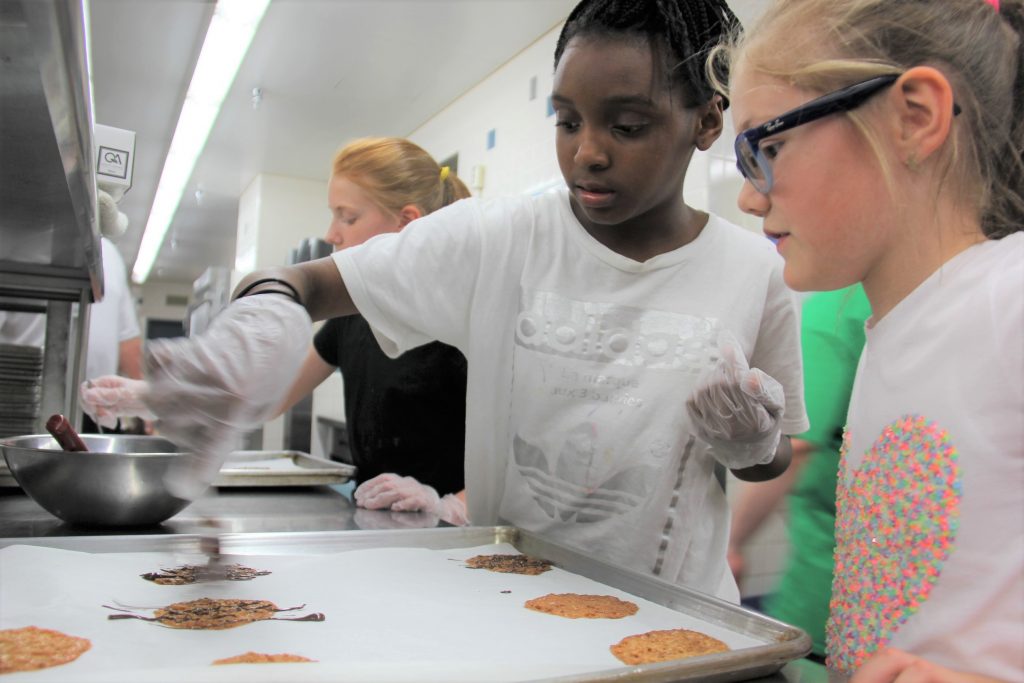 The aroma of bacon for Team Honey’s orange, honey and thyme biscuits quickly filled the kitchen, as did the scent of freshly baked cookies that the adult chefs who were advising the students began pulling baking sheets of the oven. Teams rapidly descended around their dishes, carefully plating their delicacies before caring them out for the judges to taste and choose the winning team based on a rubric. 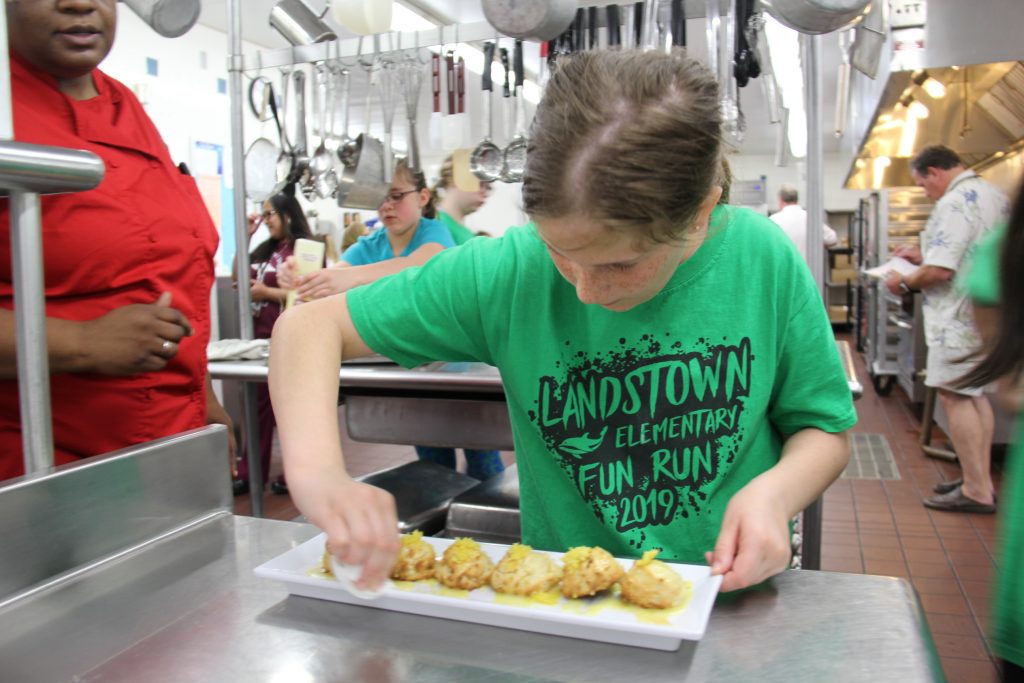 After the three-way tie was announced, fifth grader Shaylen Boaz shared her favorite part of the competition. “It was really fun working with a team.”