They did it again.

This two-day event of academic, athletic and drill challenges features the best NJROTC units from each of the Navy’s 11 areas. 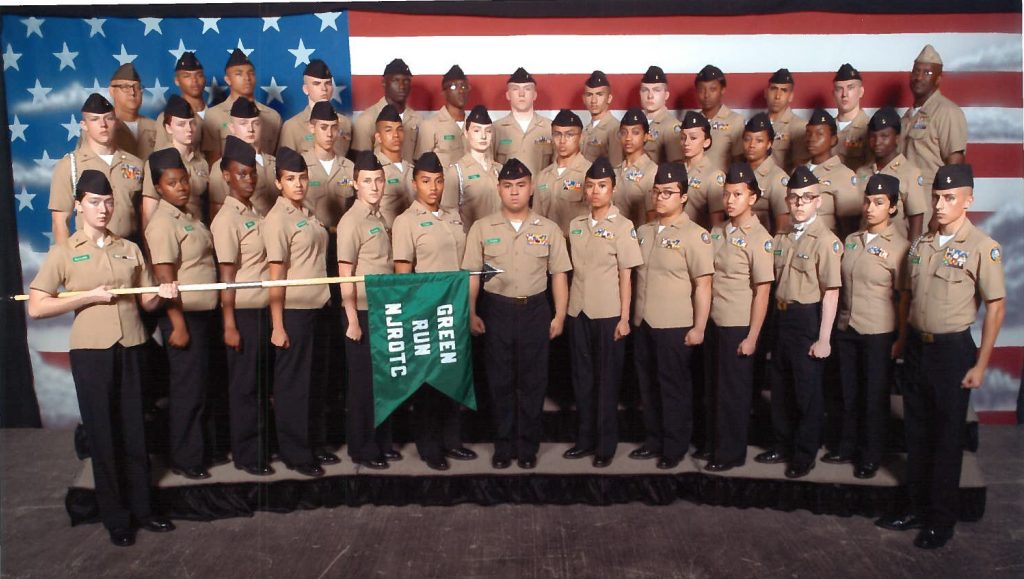 “They worked extremely hard,” Brown stated. “Second, first, first and second places at nationals these past four years is unprecedented. They showed that a lot of hard work pays off.”

“Parents buy in with supporting their children – getting them to school at 5 a.m. for practice. We have parents helping us whose children graduated several years ago and they still help us. They believe in what we are doing and they are there to support us.”

The team works hard not in daily practices, but in the classroom since NJROTC is an elective offered at First Colonial, Green Run, Landstown, Princess Anne and Salem high schools as well as Green Run Collegiate.

“There’s people who think we are only about drills. We teach curriculum. We talk about world history, naval science, leadership – so these are regular classes that we are teaching. Students are studying academics and they have to learn material from four different textbooks,” Brown emphasized.

Green Run’s NJROTC has become a recognized powerhouse at not only nationals, but in the mid-Atlantic region, winning that NJROTC regional competition the past seven years. Winning Area Five earns them the right to compete at nationals.

NJROTC is offered nationwide at accredited secondary schools and is taught by retired Navy, Marine Corps and Coast Guard officers and enlisted personnel. According to NJROTC, the program’s mission is to instill in students the values of citizenship, service to the United States, personal responsibility and a sense of accomplishment. For more information about the high school program, visit NJROTC’s website. For information about NJROTC Nationals, visit the event website.