Alan Mach checked his phone every hour on the hour Sept. 24. Finally, at 3 p.m., a tweet shed light on news that he and perhaps other high school students across the nation anxiously awaited: ACT scores would be released a day late.

The next morning, this Ocean Lakes High School (OLHS) junior headed downstairs to his computer to check his score.

“It was 5:30, so my initial reaction wasn’t anything,” Mach recalled. “I just like stared at the score. I was looking in disbelief thinking ‘Am I too tired? Am I looking at the score wrong?”’

Mach had achieved what only less than half of 1% of students across America accomplish each year: a top score of 36 on one of the nation’s most recognized college admissions exams.

But he was not the only OLHS student who woke up to good news. Seniors Alexander Cigularov, Pierce Corson, Ryoma Harris and Jondre Macaraeg also scored a perfect 36.

Even more remarkable, at least six OLHS students and another from Princess Anne High School have achieved perfect scores on either the SAT or ACT tests since 2015.

“I think what we do well is that we prepare all students to have the base knowledge to be successful,” said OLHS Principal Dr. Claire LeBlanc. “Internally, they are also motivated to do well on anything and everything and we are really fortunate.”

Taking practice tests is another secret to success, according to these three students all whom are enrolled in the school’s Mathematics and Science Academy.

“Practice SAT or ACT tests to get a feel for the questions and to try to get used to the pacing,” Harris recommended. 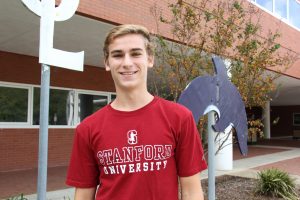 Corson is interested in international relations. He is president of the biology club, team captain of the varsity volleyball team and a member of Spanish and National Honors societies. Corson is also applying for the U.S. State Department’s National Security Language Initiative for Youth, a program that provides merit-based scholarships to youth to spend a summer or academy year studying a foreign language in another country. 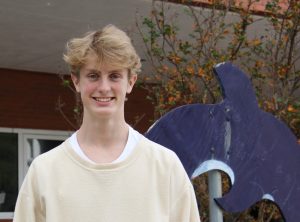 Harris is still determining which college to attend, but he has his sights set on Princeton University to study mathematics and eventually pursue a degree in either computer science or artificial intelligence. At OLHS, he is a member of Mu Alpha Theta, the math honors society and the school’s Latin Honors Society. 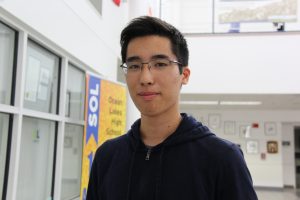 Macaraeg plans to pursue a career in medicine and to apply to Princeton, amongst other universities. He is also involved in Latin Honors Society, math honors society and National Honor Society and serves as president of both Operation Smile Club and Cubing Club, which brings together students who participate in local Rubik’s Cube competitions. 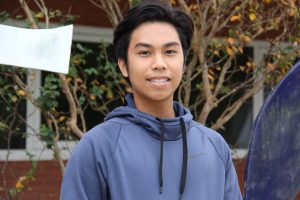 Mach is also interested in becoming a doctor, but “I’m keeping an open mind,” he added. He is considering numerous colleges, including the University of Virginia, Virginia Commonwealth University, Princeton, George Washington University and Boston University. In addition to being involved in several science clubs, he, too, is in Mu Alpha Theta and Latin Honors Society where he serves as an officer. 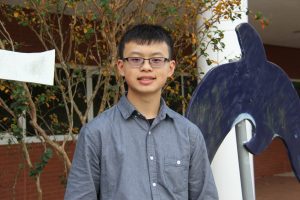 Asked what advice he would offer other students preparing to take the SAT or ACT college admissions tests, Mach agreed that practice tests, which are available online, make a big difference.

But Mach, who stated that he took the ACT to determine what subjects were his strengths and weaknesses, had one other suggestion.

“There is always an element of being nervous with any standardized test or life in general,” he said. “But I feel like you should go in with a mindset that this test is not going to affect your entire life. You don’t have to do the best in this exam to have the best life. I just went into this test thinking I want to do well, but if I don’t, that’s OK.”

Virginia Beach City Public Schools’ (VBCPS) annual College Night will be held Tuesday, Oct. 29 from 5:30-8 p.m. at the Virginia Beach Convention Center. This is an opportunity for students […]