For more than a week, Melvin Davis closely studied a map given to him by his supervisor. After all, distribution drivers should be familiar with routes.

However, this route was not for his regular school-to-school deliveries, but rather a matter of pride. It was a map of the first-ever Truck Road-e-o, a fun event organized by the division’s Distribution Services to test driver expertise and build department camaraderie.

“These are skills they perform every day driving in and out of our schools,” according to Distribution Services Director Brian Baxter, stating that the 10 competitors had to maneuver their way through a series of challenges–from parallel parking to backing up to looking out for pedestrians. 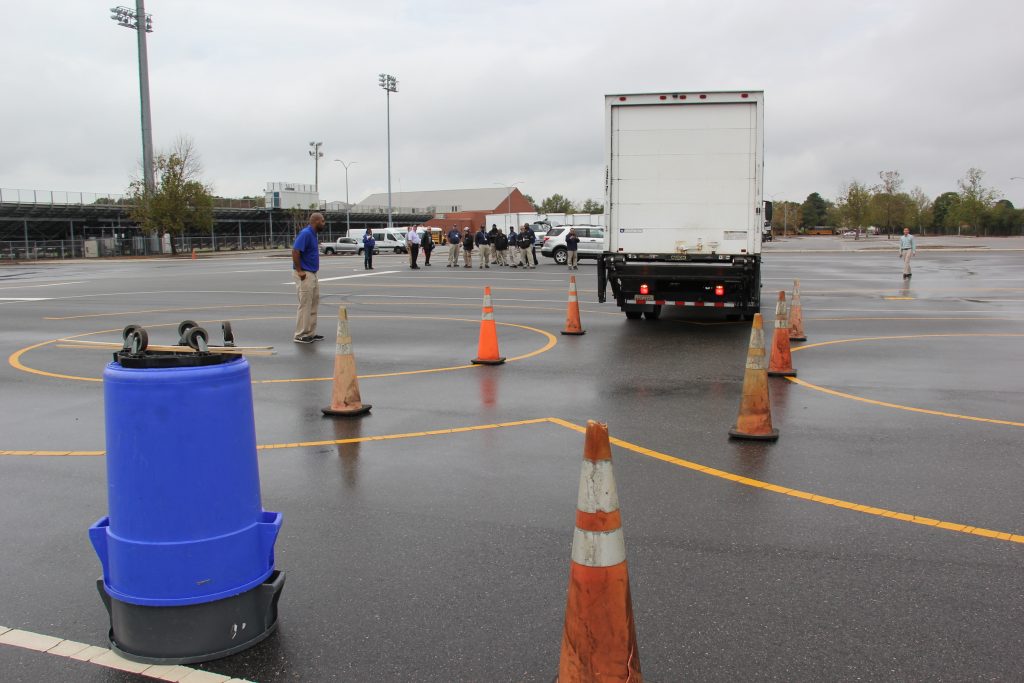 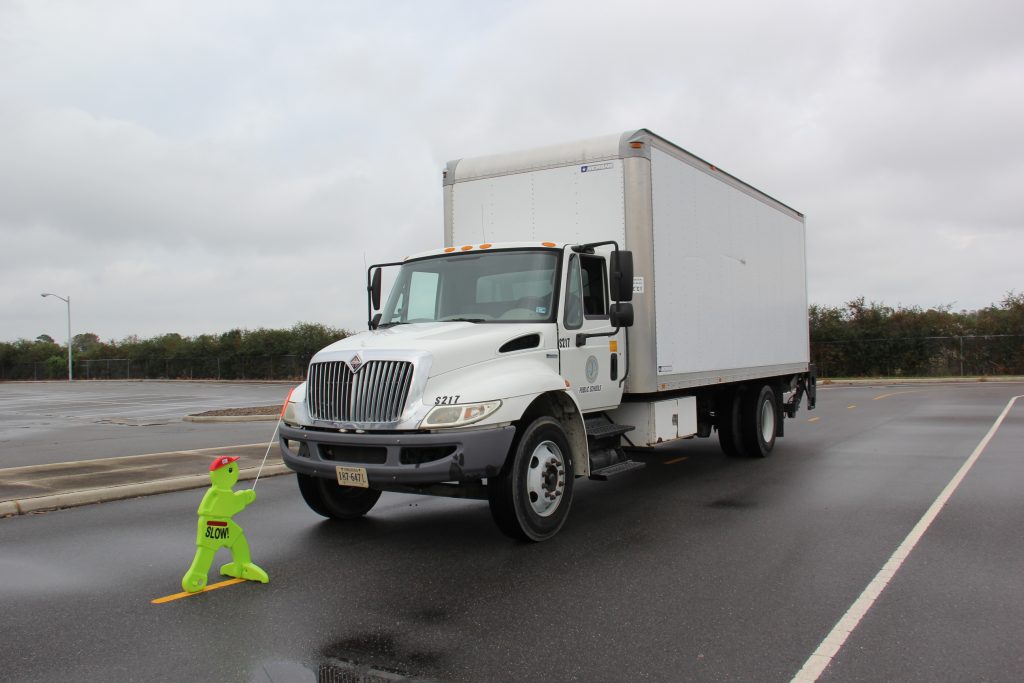 However, the one obstacle that Melvin studied closely for more than a week was the serpentine course.

“This one was kind of tricky because it’s kind of tight,” he said. “As soon as you come out to the left, you have to turn right so you are constantly watching that mirror so that back tire doesn’t hit cones.”

That was important because hitting cones or trash cans and not using signals were among several errors that resulted in time added to one’s score. Course completion time was the deciding factor for awarding medals. 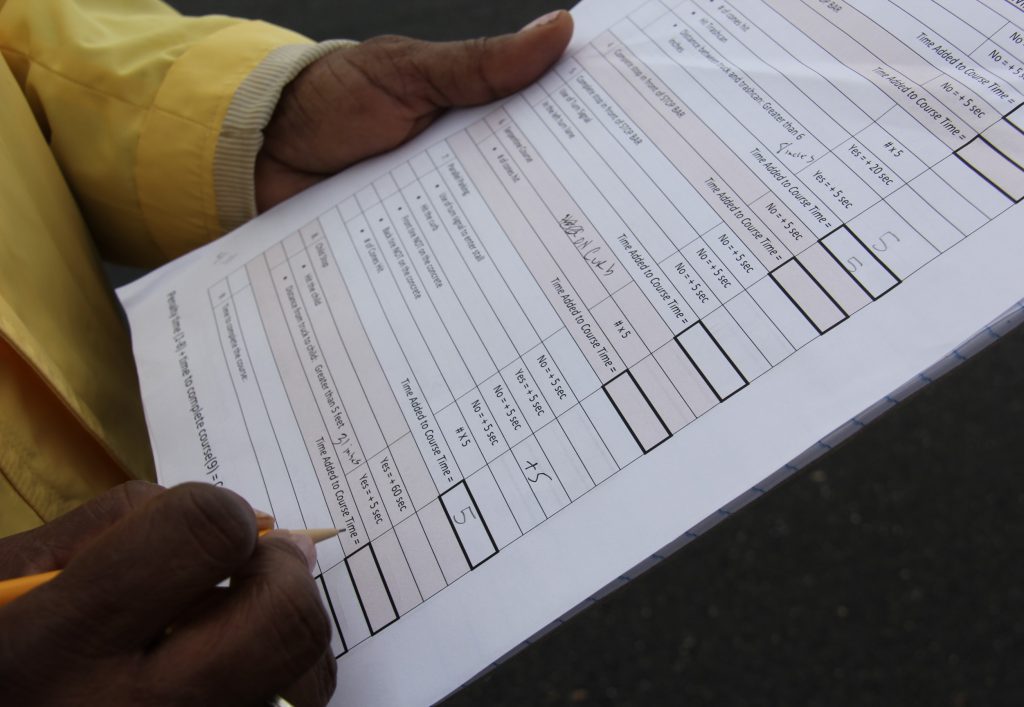 In addition to testing their skills, drivers enjoyed some friendly competition.

“I’m going to bet on me winning,” Davis stated. “I have concerns about two drivers. They’re veteran drivers so I have to watch out for those two.”

In the end, they knew that the most important reason for the event was to sharpen skills.

“Safety is first,” Davis stated. “When you are driving, you have to watch for everybody on the road.”

Congratulations to this year’s medal winners:

Davis added that he plans on competing next year.

“Absolutely, I’ll be competing,” he said. “I’m planning on winning then.” 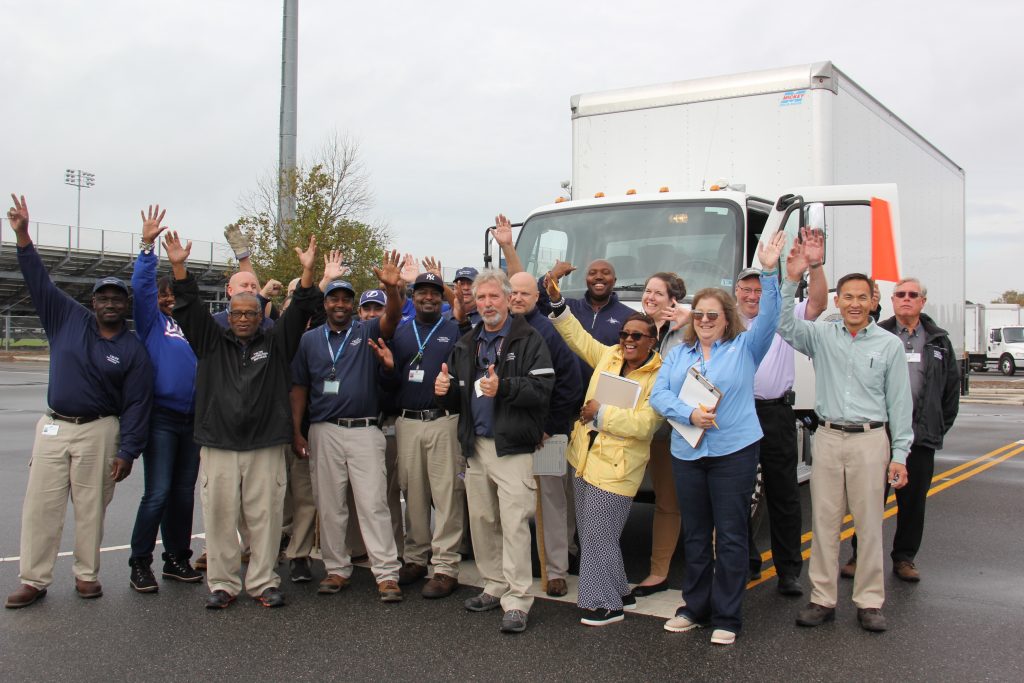