Diana Berning spent nearly a decade volunteering as a field-day chaperone, Standards of Learning (SOL) hall monitor and, most notably, coaching a group of student knitters at several elementary schools. It was at Cooke Elementary School that Casey Conger, principal of Creeds Elementary School, first met Berning and was introduced to the idea of a knitting club. 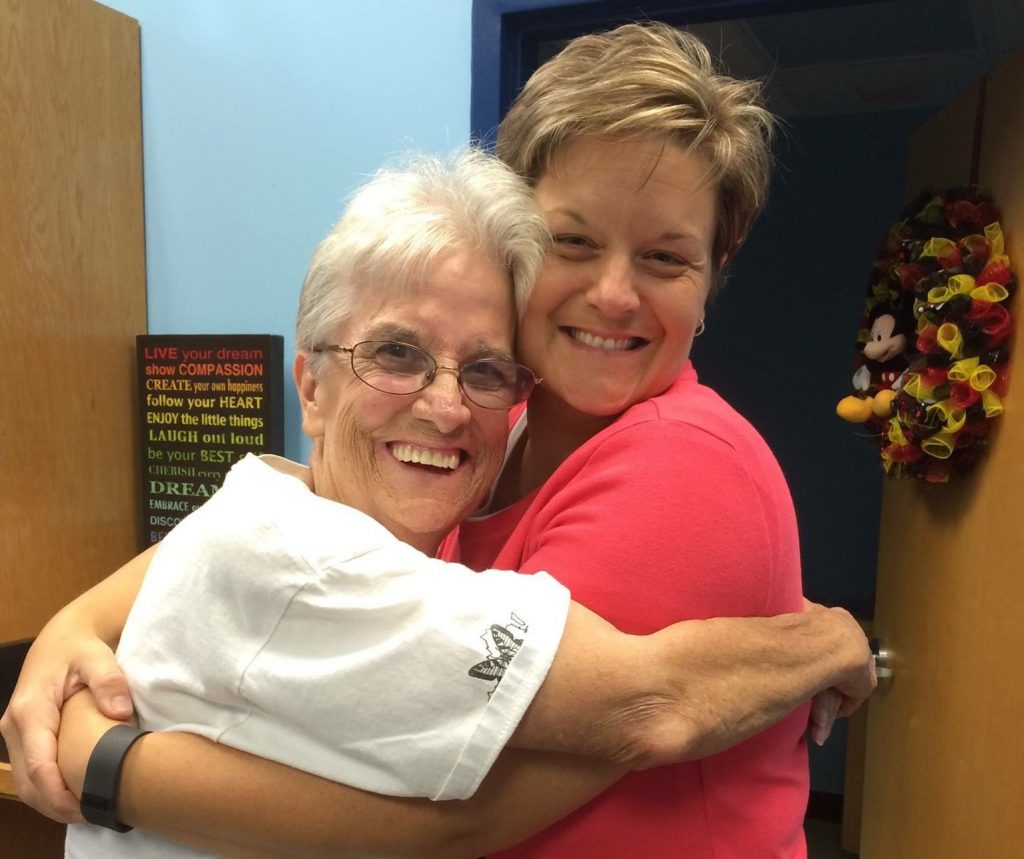 “She and I got very close,” said Conger. “After she passed away, her sons gave me her knitting needles, so I knew I had to continue the tradition.”

In Berning’s memory, Conger started the Creeds Knitting Club at the beginning of July and it has quickly gained interest from current and former students, as well as staff. There is a standing open invitation for anyone in the Creeds community to join them Tuesdays at 10 a.m. throughout the summer break. 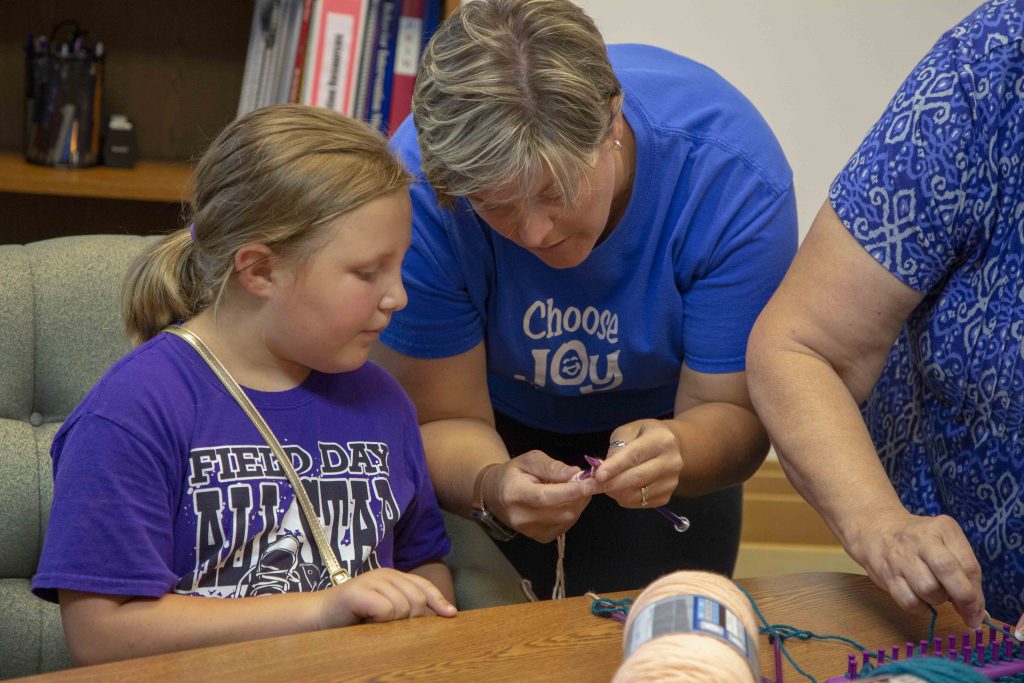 With more than 13 years of experience knitting, Conger knows how to handle a pair of knitting needles. She leads the club alongside Debbie Brooks, Creeds office manager, who has been knitting most of her life. Together they help everyone in the room, as needed, when it’s time to start a new row, close a loop, or start a new stitch.

Now that Madison Wilson knows how to knit, the rising fifth-grader has big plans for her next project. 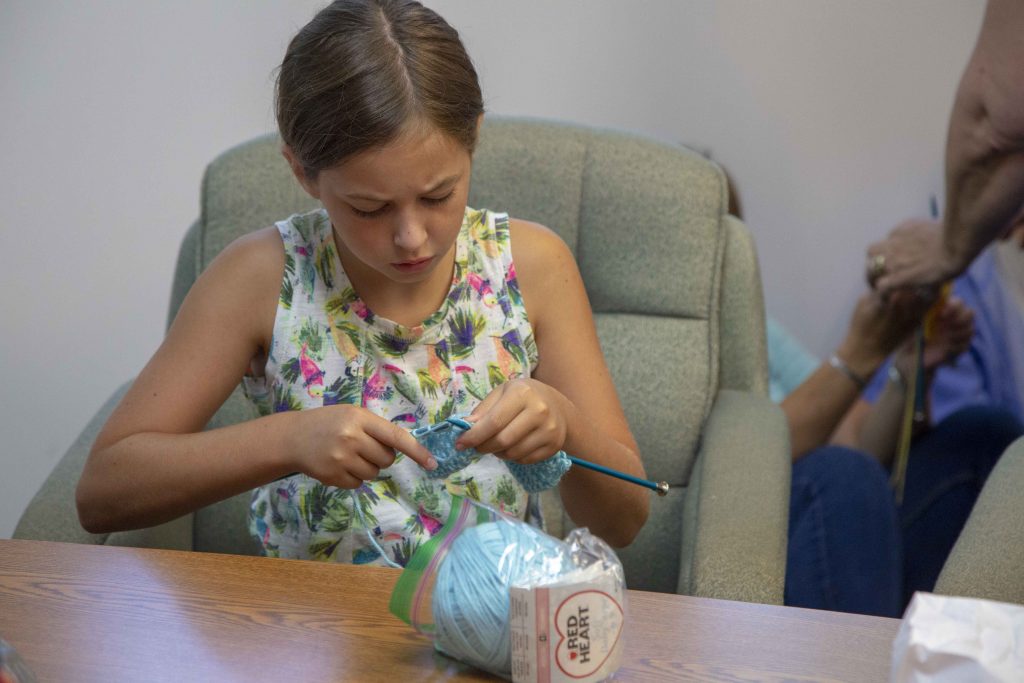 “I’m going to make a blanket for my baby brother – he’s 2 – so he’s warm and cozy when he’s sleeping,” she said as she added another row to her blanket square.

Each participant can either use knitting needles or a loom to create a blanket square, which will later be combined and made into several lap blankets they will donate to the Senior Resource Center down the street. 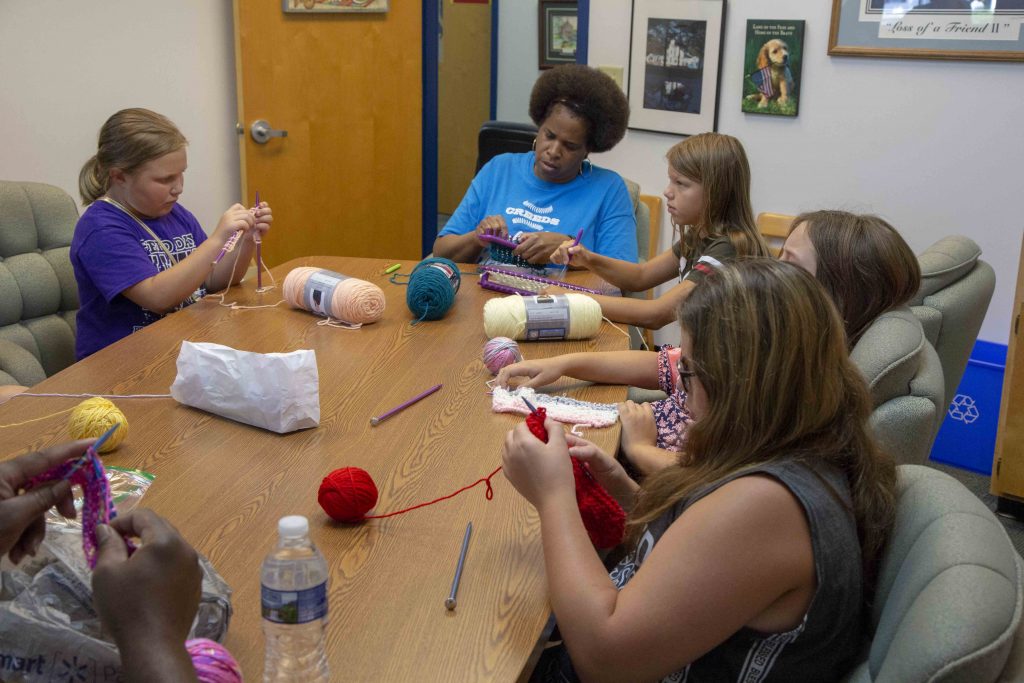 The squares aren’t identical. Some are small, some are big, some have an extra row and some have holes, but this doesn’t discourage the knitters. It only inspires them.

“Perfection is boring,” said Conger. “There are no mistakes. It only adds character.” 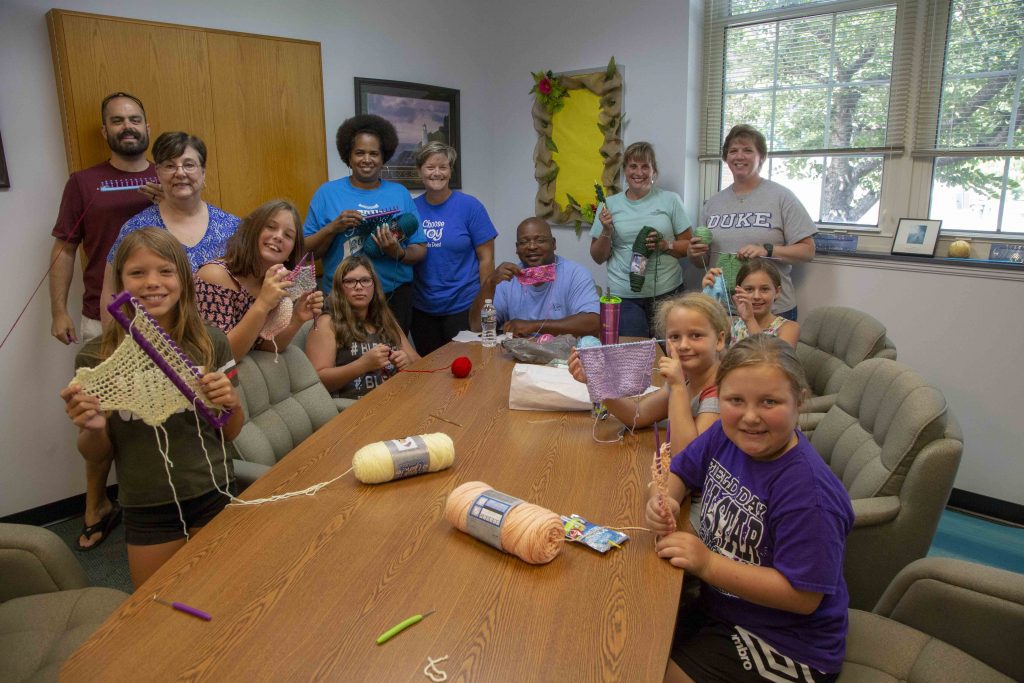 3 thoughts on “Creeds Elementary School club knits for a cause”