It has been close to 40 years – almost four decades – since she was a high school student, walking through Princess Anne’s doors and making her way to classes each morning. She cannot immediately recall the last name of the friend she used to eat lunch with or the names of all her teachers.

But, she vividly remembers the hallways.

And, for good reason.

Each week, when Jae Lee was in English class, her teacher would pull her to the side. She would quietly lead Lee out of room, grab two metal desks and put them in the hallway – one for Lee and one to put directly in front of her.

Then, Lee would wait.

She knew someone would come and join her, but she didn’t know who. It was always someone new. Someone different to come sit across from her.

Make no mistake, Lee never acted out of line. These hallway sessions were not an act of discipline; they were, in actuality, an act of grace. 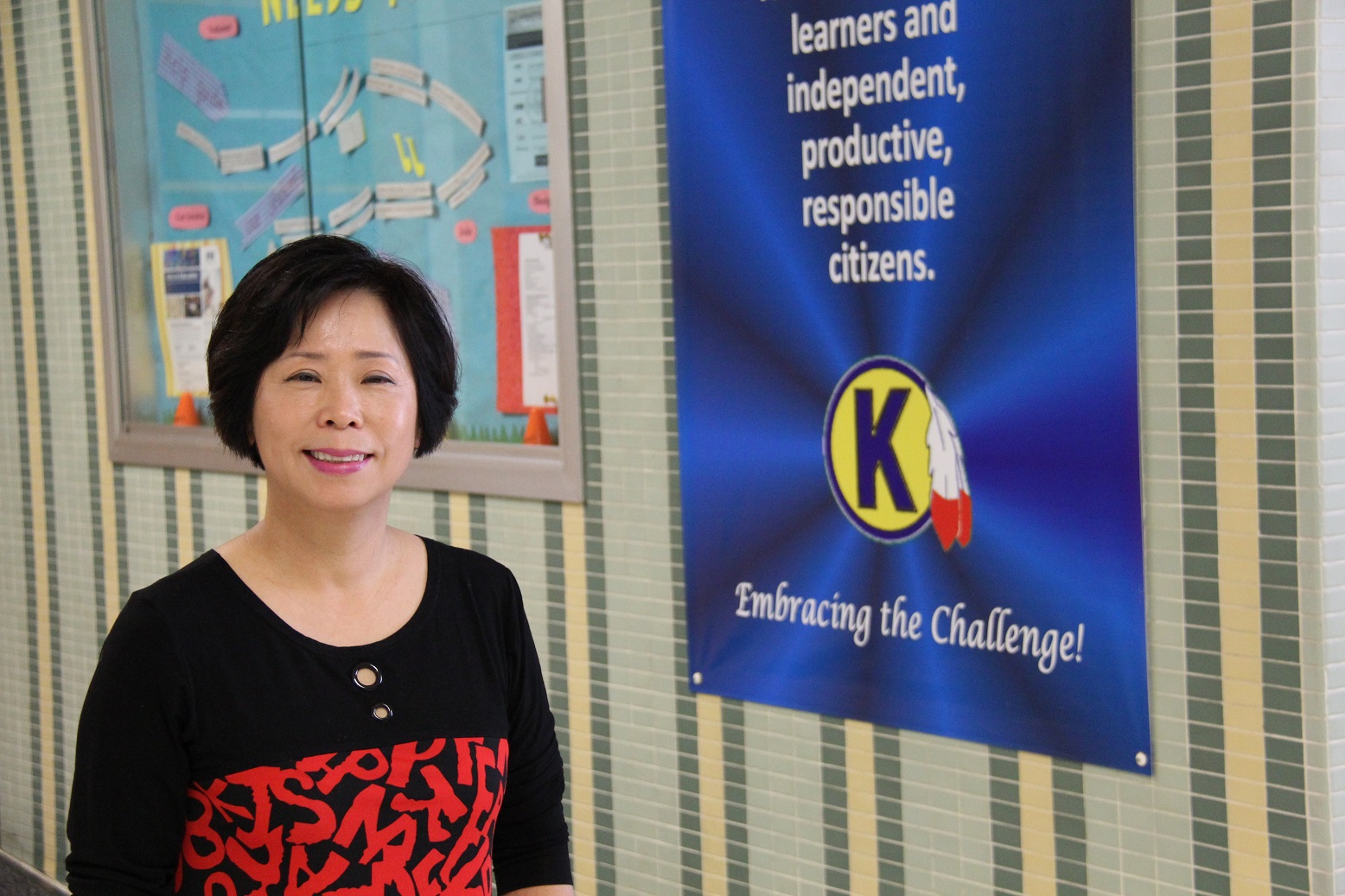 Lee was just 16-years-old when her family immigrated to America from South Korea. She came to the country knowing no one and no part of the English language. Though she was high school age, when she first registered for school, she was sent to Independence Middle to work on her English.

At home each night, Lee would break open her copy of the dictionary, desperately scanning each page.

“I memorized as many words as I possibly could – not even knowing what they meant,” she said.

After a few months, administrators allowed Lee to go back to high school. However, her English had only marginally improved, which meant she was just as lost in class most days and felt even more isolated from her classmates. In her isolation, she said, she became very shy and would not interact much with others.

Her teachers had an idea. Once a week, for an hour, they would pull Lee out of class and partner her with a classmate. They did not have a lesson to go over or an assignment to complete.

“They would talk and I would listen,” Lee said.

Being able to follow the conversation not only aided her English, it helped her make some friends at school.

“I always say they wanted to get me out of my shell,” Lee said with a laugh.

High school was never easy – “I was never popular,” Lee points out – but it was made more bearable with friends and great teachers. She would be in English as a Second Language (ESL) classes for the rest of her high school career. She credits those classes with teaching her the language (today, Lee speaks fluent English and even does interpreting work at her church).

All the while in high school, she blossomed in her math courses.

“I was always good with numbers,” Lee said. “Even though I didn’t speak English well, I was good at math because I didn’t have to talk. I knew I wanted to do something with numbers.”

She graduated from Princess Anne and went into the workforce. By 1999, she came back to the school division, but this time working as a school bookkeeper. Now at Kempsville Middle School, she previously worked at the division’s benefits office, Salem Middle, Plaza Middle and Landstown High.

While working at Salem Middle, Lee was approached with a special opportunity. There had recently been a student who transferred into the city and only spoke Korean. She was asked if she could serve as an interpreter to help the student get registered.

Since that time, she has helped as an interpreter and tutor for a number of students – including those in the Kempsville community.

“There have been instances in which neither parent has been able to communicate without Jae,” said Kempsville Middle Principal Dr. Patti Jenkins. “Her willingness to assist is always met with gratitude and overwhelming appreciation. Jae has stated that she believes she has a purpose in helping others. She is a woman of great faith and aims to live a life that reflects her beliefs. It is obvious how caring Jae is.”

Her caring nature has led Jae to extend her efforts beyond interpreting. While it’s not an exact replica of her own hallway lessons, she sets time aside each week to serve as a mentor for other students who have transferred in from other countries.

“I know exactly what they are going through,” Lee said. “They feel that no one understands how they feel. Even though it was long ago, I still remember. It makes me feel good because I didn’t have that when I was here. That’s why I (mentor), so they don’t feel like they’re alone.”

As it turns out, Lee’s own story is inspiring enough for today’s students.

One day, one of Lee’s mentees was meeting with her, a little overwhelmed at all that she was facing. Lee said she just tried her best to assure her that things do get easier. It was hard at first for her too, she shared, and she went through the same struggles, but now she is here with a great job, circle of friends and family.