“It’s a special moment in history. We are going to have a future that’s going to bring more benefits to humans than we’ve ever had before, especially through our space program and we need you to get busy on STEM,” he told students during his Sept. 21 morning visit to the school.

STEM stands for science, technology, engineering and math, and Tingle’s visit to Lynnhaven was the same day of third annual STEM Lab Learning Day, which is organized by Virginia Beach City Public Schools (VBCPS) and Naval Air Station (NAS) Oceana for all of the division’s fifth-graders.

Tingle, who in June returned from 168 days living aboard the International Space Station as part of a three-member international crew, spent an hour dazzling students with photos and videos taken from 250 miles above Earth. 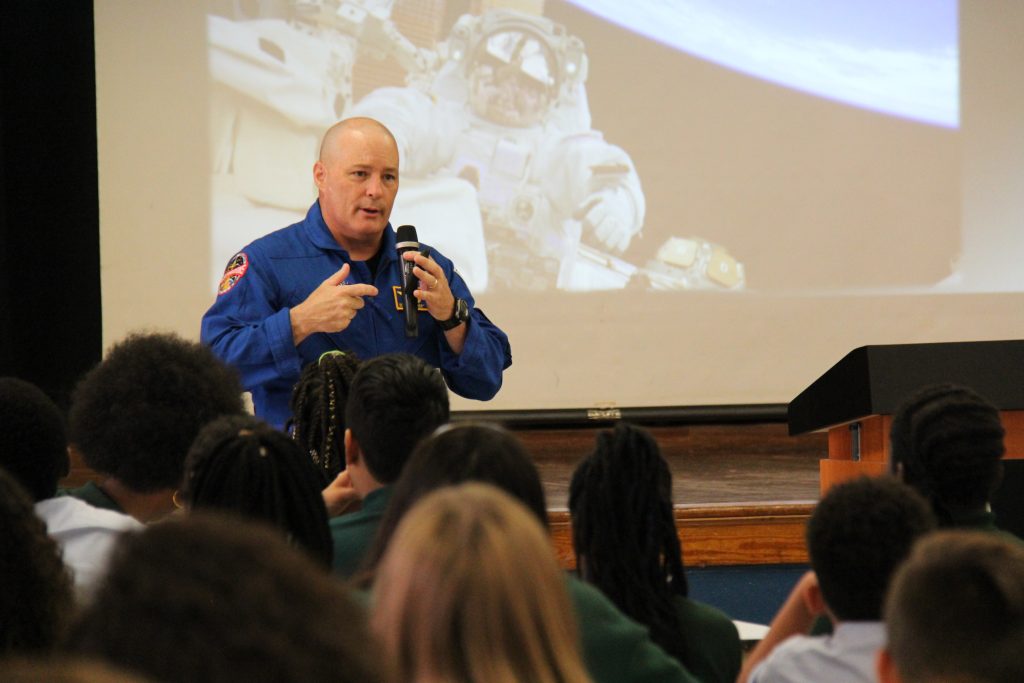 He also shared information about his crew’s mission, which included hundreds of experiments and spacewalks, including one to fix the station’s robotic arm. His presentation finished with photos of the crew boarding their capsule to leave the station, its fiery re-entry to Earth and the capsule’s parachute landing into the Kazakhstan countryside since the mission was a joint effort with Russian and Japanese space agencies.

“They open up the hatch, you breathe fresh air and you know you’re home,” he said, which was followed by a huge round of applause from students. 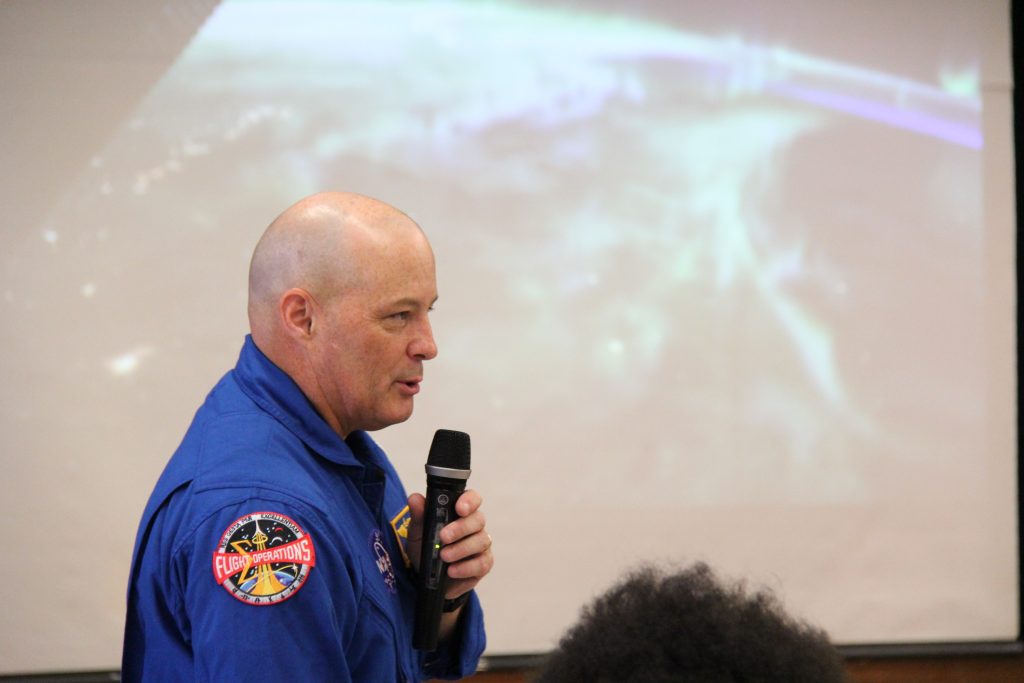 Tingle then went on to talk about collaboration amongst countries and the vast number of professions behind it all.

“While the hardware and the mission are exciting, it’s really about all the people,” he said. “We have at least 16 international partners from Europe, Russia and Japan. We all learn each other’s languages, work with each other and the best part is that when you look at this group there are thousands of people that support our work around the world.”

“I want to be an astronaut,” said sixth-grader Ian McGohan. “I’ve always been interested in STEM and I’ve always wanted to go into space. NASA is a really good place. If not for them, we wouldn’t know half as much as we do about the universe. Hopefully, by my time, we’ll be able to go to Mars.”

Tingle’s visit was organized by outreach coordinators from the school division, NASA and the military since he is also a captain and naval aviator in the U.S. Navy, which he has proudly served for 36 years. According to him, he was inspired to become an astronaut after watching the first moon landing in his family’s living room in Massachusetts when he was four-years-old. He now holds bachelors and master’s degrees in mechanical engineering, attended naval aviation safety officer school and completed the University of Virginia’s Business Executive Leadership program. He has also flown off every naval carrier, except the USS Gerald R. Ford, the Navy’s newest aircraft carrier which was commissioned into service in 2017.

After spending the morning at Lynnhaven, Tingle continued inspiriting students by participating in the STEM Lab Learning Day where he was stationed at one of the hundreds of exhibits.

“I just hope students get really excited about science, technology, engineering and math,” he said. “It makes dreams come true.” 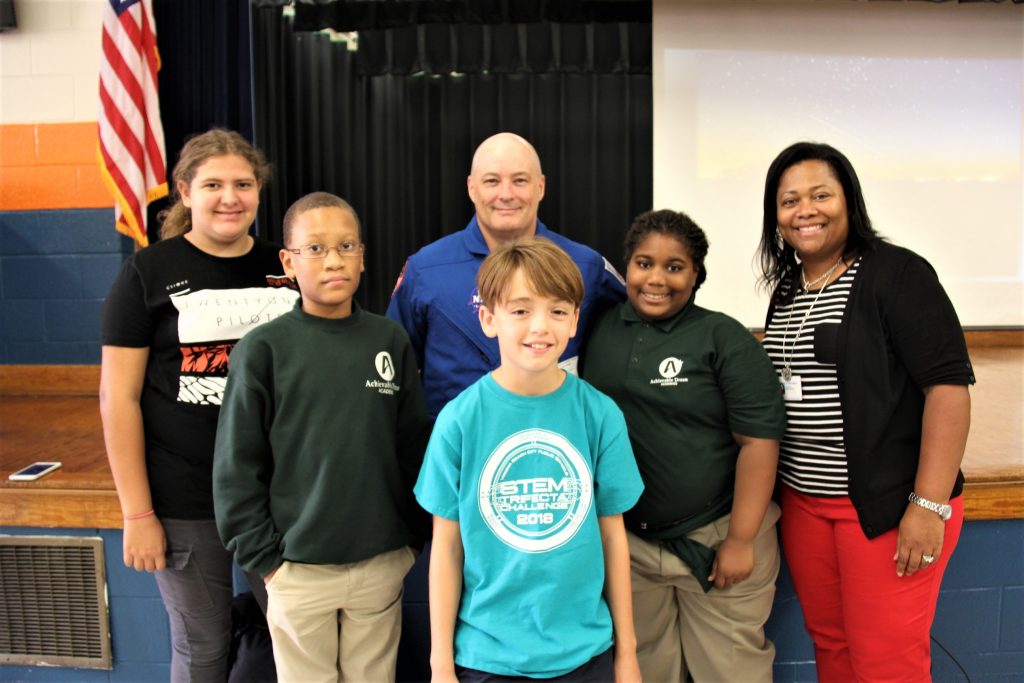