This is the third article in a series of profiles about each finalist for Virginia Beach City Public Schools’ 2022 Citywide Teacher of the Year. The citywide winner will be announced in early May.

Following two decades in the Navy, including command of the USS Mesa Verde, John Pienkowski marshalled his experience and degrees in Ocean Engineering and Space Operations to come work for Virginia Beach City Public Schools (VBCPS). He began his career with VBCPS as a substitute teacher at Princess Anne Middle School in 2015. A year later, he moved to Brandon Middle School, where he currently teaches earth and space science to eighth graders. 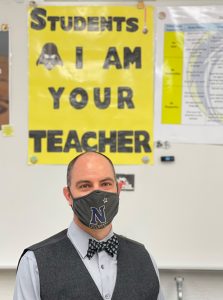 “He is an outstanding educator that exemplifies all that we ask teachers to be,” asserts Principal Christy McQueeney. “The students love being in his class because of his positive energy and passion for the subject. He loves what he does every day!”

Pienkowski (pronounced, as he explains, by thinking of a “pink cow skiing”), is committed to educating the whole child, focusing not only their intellectual growth but also their social and emotional learning (SEL).

“He routinely uses Positive Behavior Intervention Strategies (PBIS) to reinforce the expectations of his classroom and the school, and Classcraft to make classroom management fun and positive,” says Meghann Scott, a gifted resource teacher at Brandon.

His efforts extend beyond the school walls because, Pienkowski believes, “some of my most significant relationships with students occur outside the traditional classroom setting.”

To that end, he coaches boys track, sponsors the Robotics and Science, Technology, Engineering, and Math (STEM) clubs, performs morning announcements in costume and mentors students for the Physics Olympics. His pop-up classes (which are volunteer, one-day, after-school opportunities) have featured topics such as Strategy Games; Magic: The Gathering; Hogwarts, Harry Potter & Fantastic Beasts; Adventure Role-Playing Games; Self-Defense and Situational Awareness; and The Wizarding World of Harry Potter. His classes are always full and 100% attended. 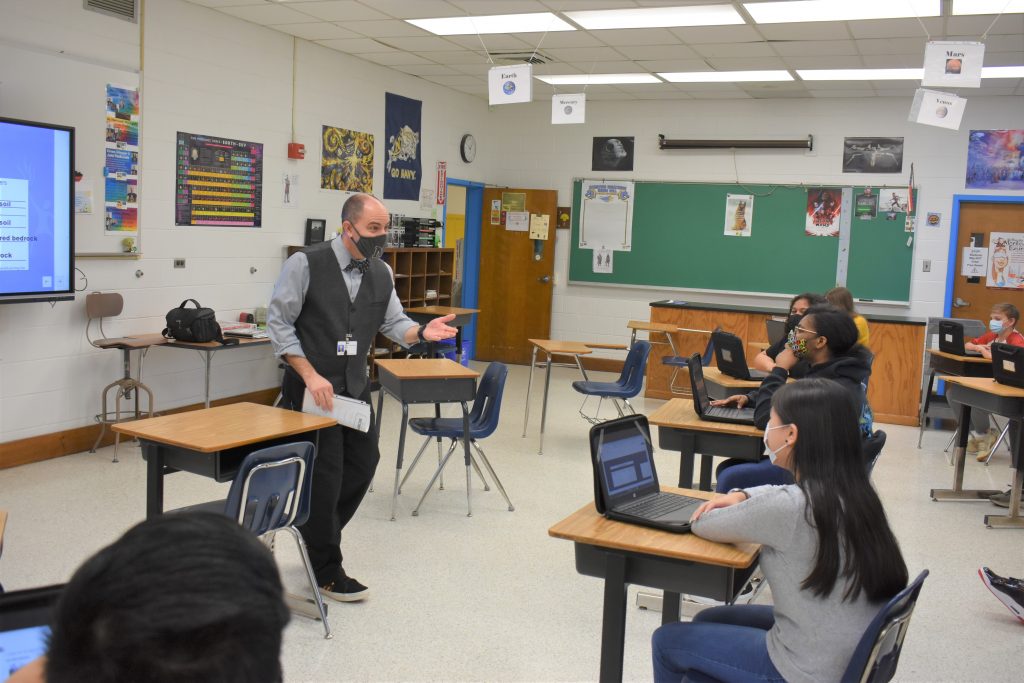 “I teach because I have a passion to educate young minds,” Pienkowski wrote in his Teacher of the Year application.  “I love sharing information, exchanging new ideas with my students, and asking questions that make my students critically think. I make my students an accomplice to their learning. I lead them to an understanding of the lesson or concept I am teaching. I fold in real-world examples and demonstrate with hands-on experiences through labs. I make education a dialogue.”