Evelyn Murray and Davis Young, students at First Colonial and Ocean Lakes high schools, respectively, were two of 19 Virginia high school seniors honored with Virginia High School League (VHSL)-Allstate Foundation Achievement Awards. This is the highest honor given by the VHSL, which oversees the Commonwealth’s interscholastic athletic and academic competitions, to students who have excelled in the classroom, their communities and in athletic or academic activities.

At First Colonial, Murray will earn 12 varsity letters in her high school career, including four in field hockey, and four each in outdoor and indoor track. As one of the nation’s top field hockey players who is rated among the top 50 players from the Class of 2019, she played for the United States’ Under-21 national team.

She has also earned scores of honors, including selection by Max Field Hockey as first-team All-American and as their Virginia Postseason Player of the Year. The National Field Hockey Coaches Association (NFHCA) named her first-team All‐American and to the All‐South Region Team. In Virginia, Murray was selected first team all‐region, named the VHSL’s Player of the Year in 2018 and to the VHSL’s all‐state team for the past two years. As captain for First Colonial High School’s field hockey team she led them to back‐to‐back state runner‐up finishes, four consecutive finals and one championship. She also captained both the indoor and outdoor track teams and is a member of her school’s record-setting outdoor 4×800 meter relay team. 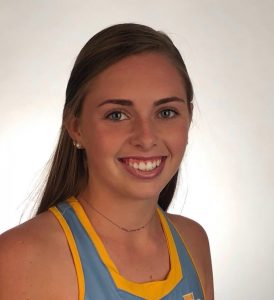 In the classroom, Murray is just as accomplished. She is ranked third in her class with a 4.3 grade-point average (GPA). She is also enrolled in First Colonial’s Legal Studies Academy, and is a member of the National Honor Society and the English, Latin, Social Studies and Math Honors societies. For her accomplishments, she was twice named to the Virginian-Pilot’s Scholastic Achievement team. She was also selected to the NFHCA National Academic team.

Murray also gives back to the community through Children’s Hospital of the King’s Daughters’ Junior Circle; as a youth field hockey coach and referee; and through the Hampton Roads Sports Donation Challenge.

After high school, Murray will attend Penn State University where she will play field hockey and major in statistics.

A standout, decorated runner at Ocean Lakes, Young will earn 12 varsity letters in cross-country, indoor track and outdoor track. He has posted six top-three finishes in state meets in indoor and outdoor track, including a first place finish in the 4×800 meter indoor relay. In outdoor track he earned second place finishes in the 800 meters and in the 4×800 meter relay event. He holds school records in two events: the 800-meter run and 3,200-meter relay. He also served as captain for all three sports this school year. 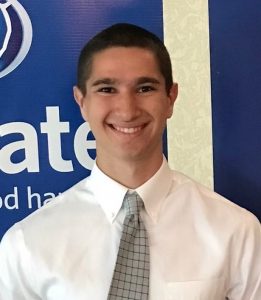 In the classroom, Young is just as impressive and has maintained a 4.34 GPA. He has been able to merge his academic pursuits and his love of running to create projects for the Math and Science Academy that explore the impact of a variety of variables on running. He is a member of the National Honor Society, where he serves as the Induction co-chair, and he participates in the Latin Classical League.

Outside of school, he is involved in church, volunteers with the ForKids program and devotes time to numerous charitable running events.

Davis will attend the University of Virginia with plans to study mechanical engineering.

Murray and Young, along with Virginia’s 17 other honorees, each received $1,500 scholarships and were honored at an awards luncheon May 20 in Charlottesville.