Randy Lawrence’s office walls are covered with pictures of the many students who he has advised over the past 27 years. Although he is officially a school counselor at Bayside High School, Lawrence said he doesn’t think of it as work.

“For me, this has been fun,” said Lawrence. “Every day is different with new challenges and ways that I need to help students. I love it. My first day on the job I felt like I died and went to heaven. I knew this is where I was meant to be.” 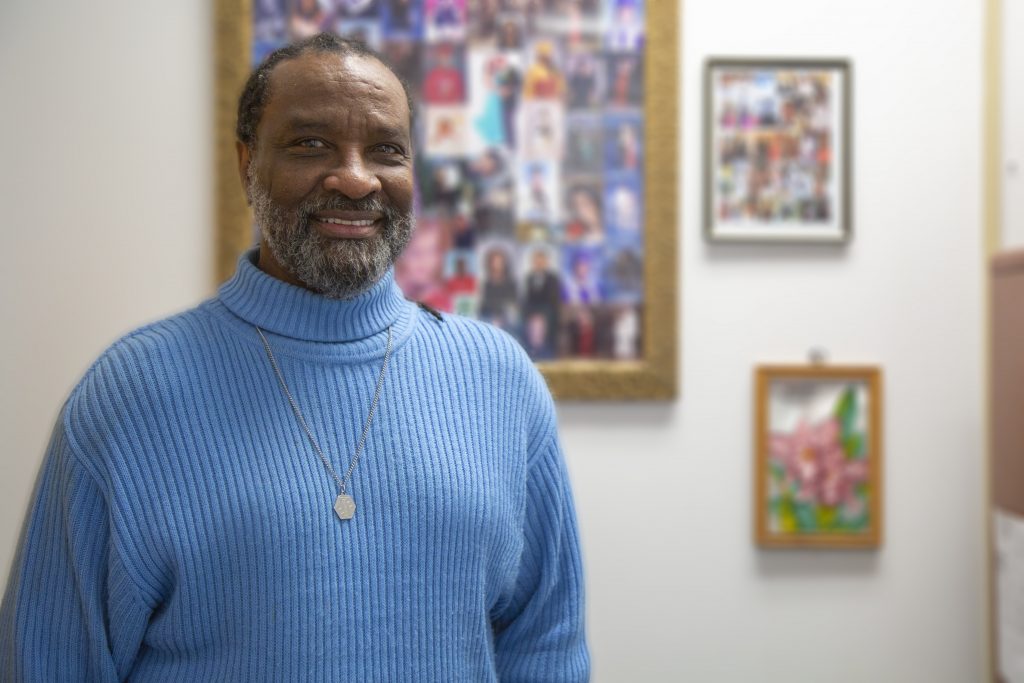 Students at Tallwood and Bayside high schools who have sought his direction over the years validate that he’s very good at what he does.

Just ask Stephanie Filio who doubts she would have walked across the graduation stage without Lawrence’s help. Now, she is a school counselor herself.

The fall of her senior year at Tallwood High School, Filio found out that she was pregnant. She contemplated not participating in her commencement ceremony and mentioned her concerns to Lawrence.

“I went to him saying, Mr. Lawrence, what if they judge me?” adds Filio. “He told me, ‘You’re going to let them. You are going to let them call your name, walk across the stage and you’ll let them think those things. Then, they will hear the presenter say ‘with honors’ and all the other awards you pushed and worked so hard for and you’ll show them.’”

Filio remembers this moment as a turning point in her life.

“I had always been a little bit rebellious and he, in that moment, let me own my rebellious side and turn it,” she said. “I can take all those stereotypes of a teen mom and show people that my daughter and I can be successful. He gave me permission to be proud of myself, my daughter and what I have done.”

Witnessing the positive effect a school counselor can be in a child’s life, Filio decided to become one herself. 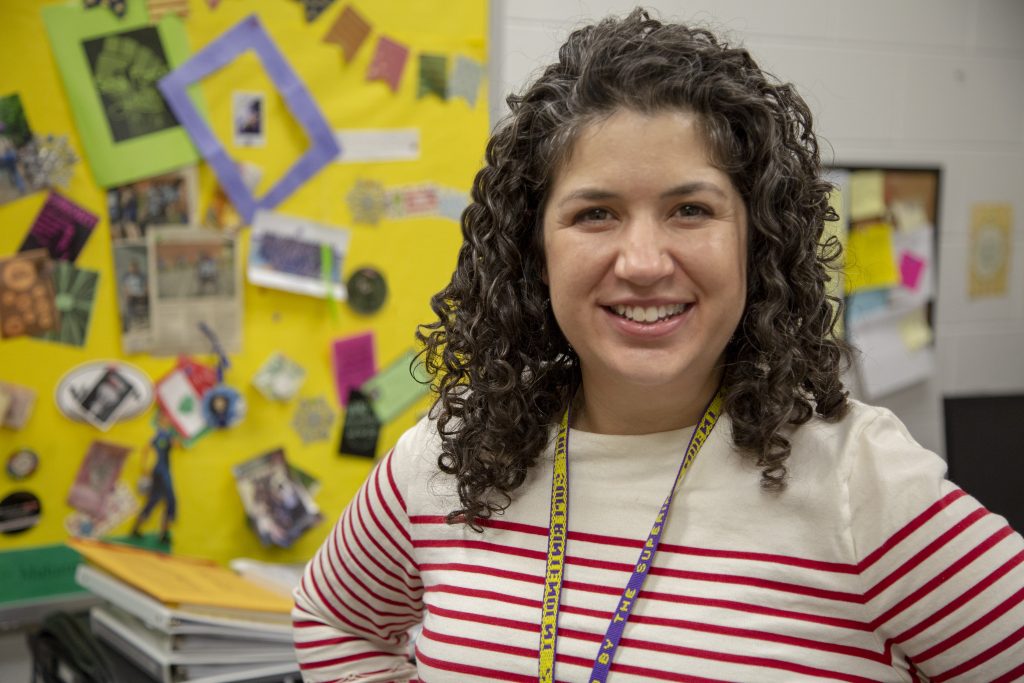 “Like Mr. Lawrence did with me, I want to be in these kids’ lives to say ‘It’s OK. Whatever mistake you made, it’s OK, you can turn this around.’”

Lawrence was there for Filio after she earned her graduate degree in school counseling. She then accepted her first job as a school counselor with him at Bayside High School. Now, six years later, Filio still admires Lawrence for his candor and work ethic.

“He’s made such an impact on how I work with students and how I advise them,” said Filio. “He was always so supportive. No matter what anyone wanted to accomplish he never told them no. He gave them a path to follow and helped guide them to their goal, which is what I try to replicate every day.”

After her first year of counseling, Filio was transferred to another school. On her last day at Bayside High, Lawrence gifted her a spider plant, which she has tended for the past five years. But recently, she decided it was time to return a piece of Lawrence back to Tallwood High School.

“It’s closing the circle,” said Filio. “I graduated from Tallwood and this year my daughter, who I was pregnant with when I graduated, is a senior herself and will also be graduating from Tallwood. It’s the place that I met Mr. Lawrence, and I felt like a piece of him should always remain there.”

The plant now lives in the school store with a sign that reads, “My name is Mr. Lawrence.” 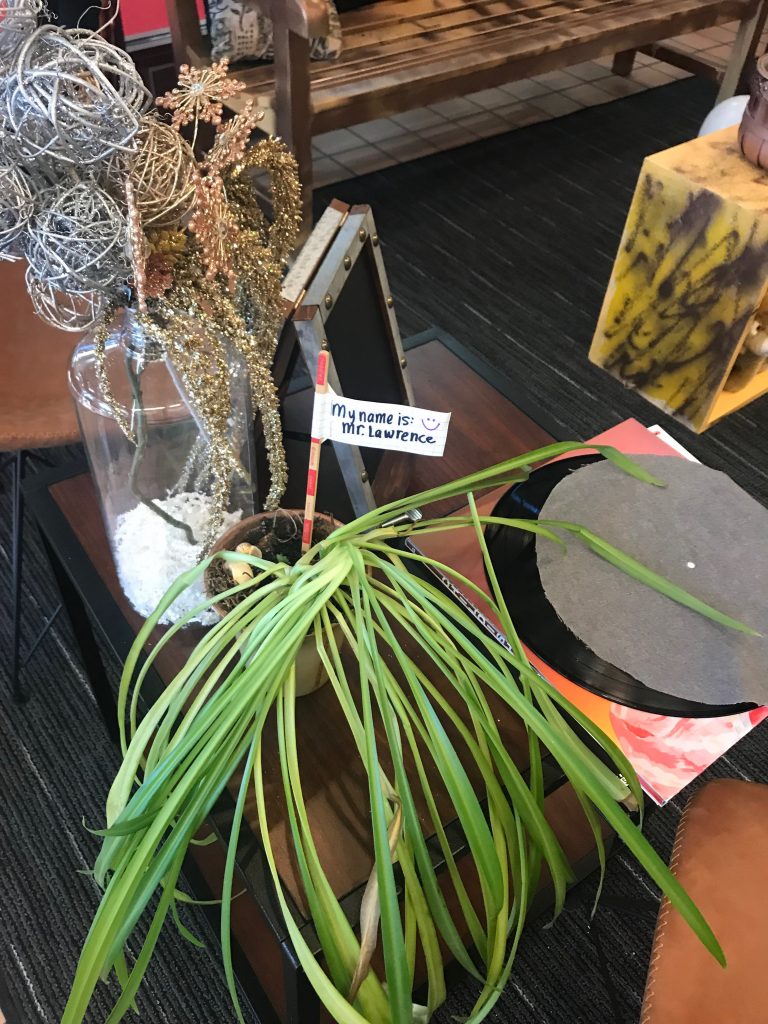 Lawrence said school counselors are meant to serve students. “Counselors care and are here to help you on your way. I’m here to serve. To make sure we are meeting students’ needs so they can accomplish what they want. We are not here to judge. We are here to accept you as you are and help you with your next step. Counselors care.”