Inside the schola at Salem High School, not one, but two special proclamations were read March 1 as part of a special Rare Disease Awareness event. The first state proclamation read by Virginia Beach Mayor Bobby Dyer acknowledged Rare Disease Week and encouraged continued research into the more than 7,000 diseases that afflict roughly 25-30 million Americans each year. 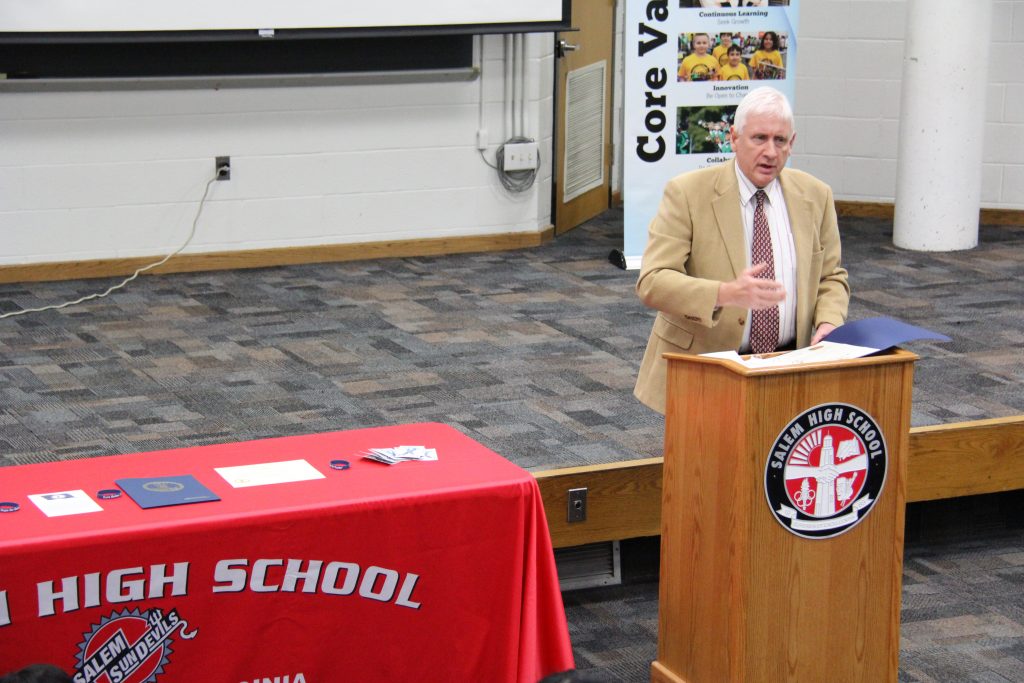 The second proclamation was a bit more personal for the Salem High School community.

It was a special proclamation announcing Feb. 28 to be further known as Dante Herrera Day in Virginia Beach.

Herrera, a Salem sophomore, was diagnosed with Batten Disease, a rare and fatal disease that has symptoms including seizures, dementia and loss of motor skills like walking and talking. 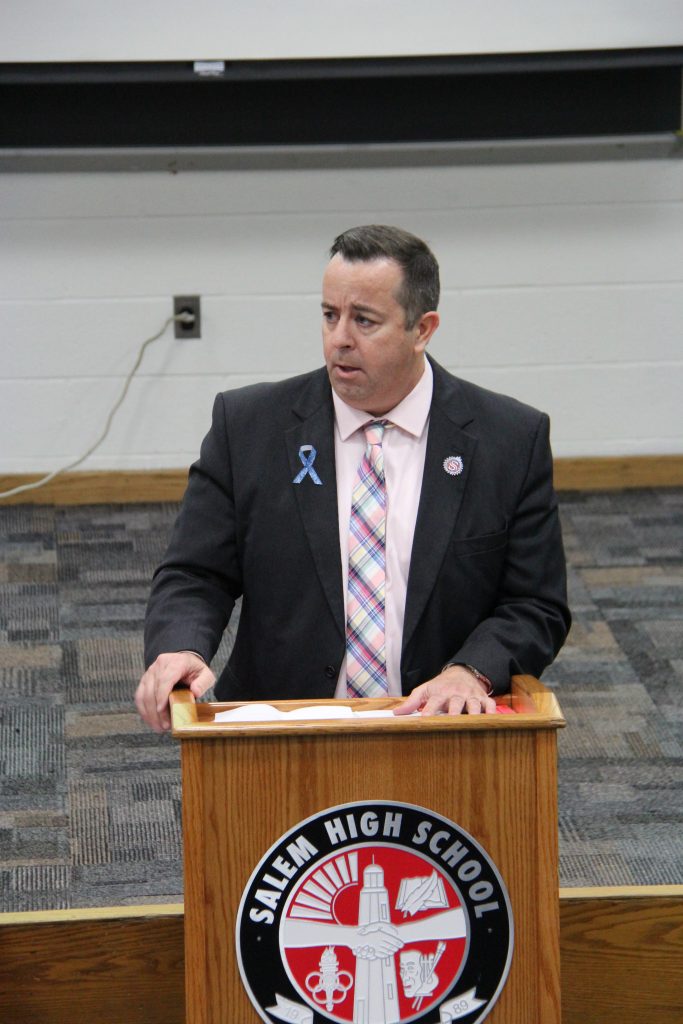 “We here at Salem know Dante well,” said Salem High School Principal Matt Delaney. “His spirit, fierce determination and infectious smile are legendary in these halls. He has not only made an impact on his classmates, he has also personally touched the lives and hearts of his teachers as well as the staff here at Salem High School.”

During the hourlong ceremony, photos of Herrera were shown on the screen along with facts on Rare Disease Week. In addition, as part of a special presentation, State Delegate Kelly Convirs-Fowler gave Herrera the state flag that was flown over the capital in honor of him earlier in the week. 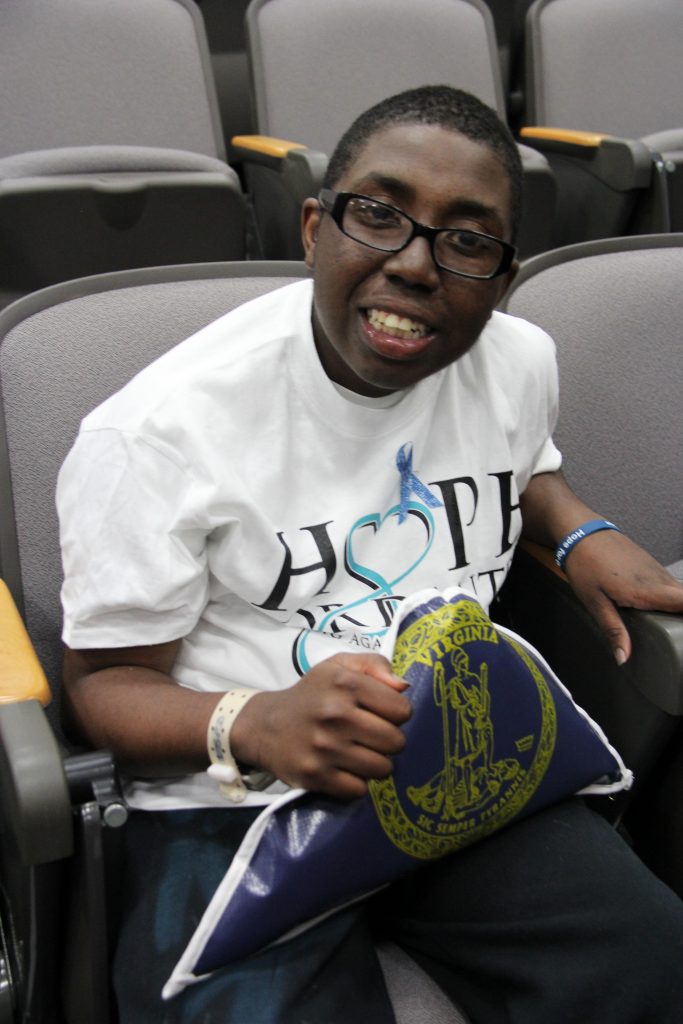 “Today is a celebration, a chance for us to revel in all that is possible in life,” Spence shared. “Today, we, together, get to say that a rare disease diagnosis does not mean the end of hope…Just earlier (Herrera) was working with classmates and engaging in new learning opportunities perfectly tailored for him. It is our personal mission to ensure Dante – and other students just like him – never have their educational path or future opportunities diminished because of a diagnosis or a disability.” 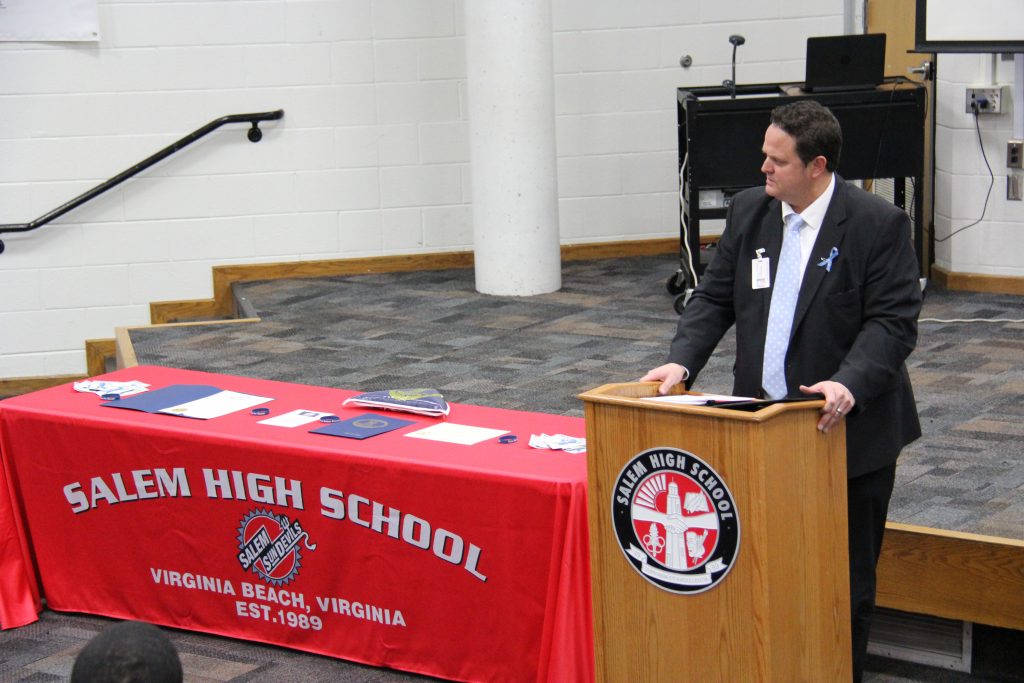 Herrera’s mother, Marlo Dean, brought special blue denim “genes ribbon” from Global Genes Allies in Rare Disease and thanked attendees for their support of her son and his cause.

“It’s a really emotional time for me as well,” Dean said. “I realized a long time ago this was far greater than Dante. It spans the globe…I am so thankful for you all to be here.” 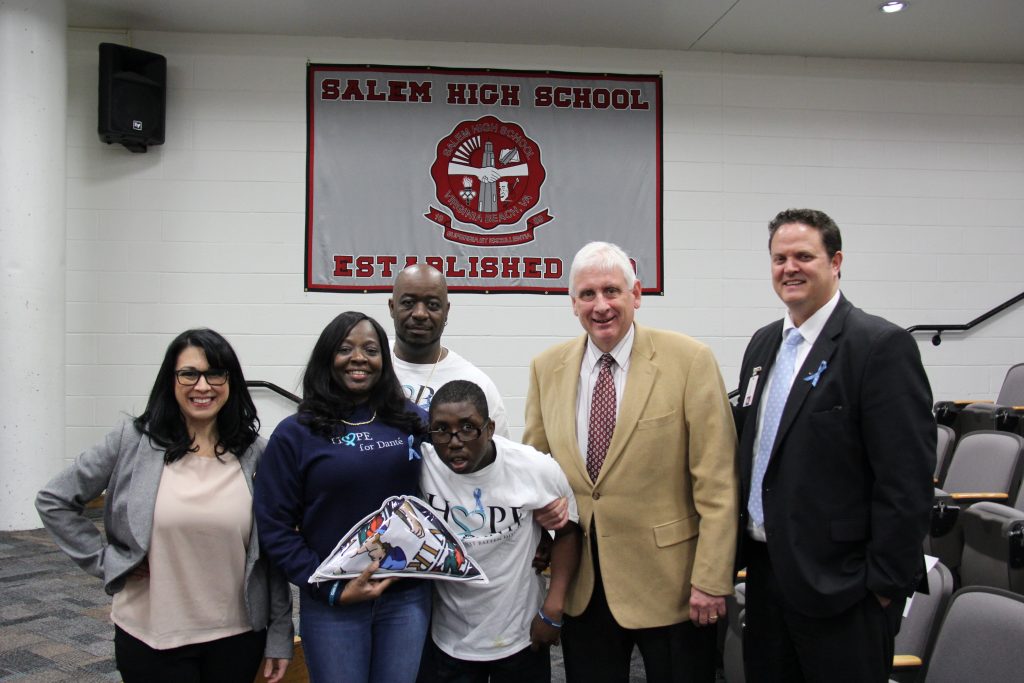 Throughout the ceremony and all of the special presentations and proclamations, the common theme remained of Herrera and the joy he brings to friends, family and classmates each day.

“Some of you may know we have a saying here at Salem, and that is, ‘It’s a Great Day to be a SunDevil,” Delaney said. “You see, Dante proves to us all that each day is not only a great day, but it’s a gift that should be treasured.”