The largest aerospace and defense contractor in the world, Lockheed Martin, is committed to investing in the next generations of scientists and engineers. That’s according to company representatives Doug Kint and Bill Harden, who visited Salem High School’s “Tech Foundations” class Oct. 1.

“When I look at you all, I see the future,” said Kint as he gestured to the students in teacher Jason Borte’s classroom. “You guys will make the difference in the long run. So, whatever we can do to help encourage you along the way, get your interests up, provide some resources and tools, we’re excited to be a part of it and to be able to help.” 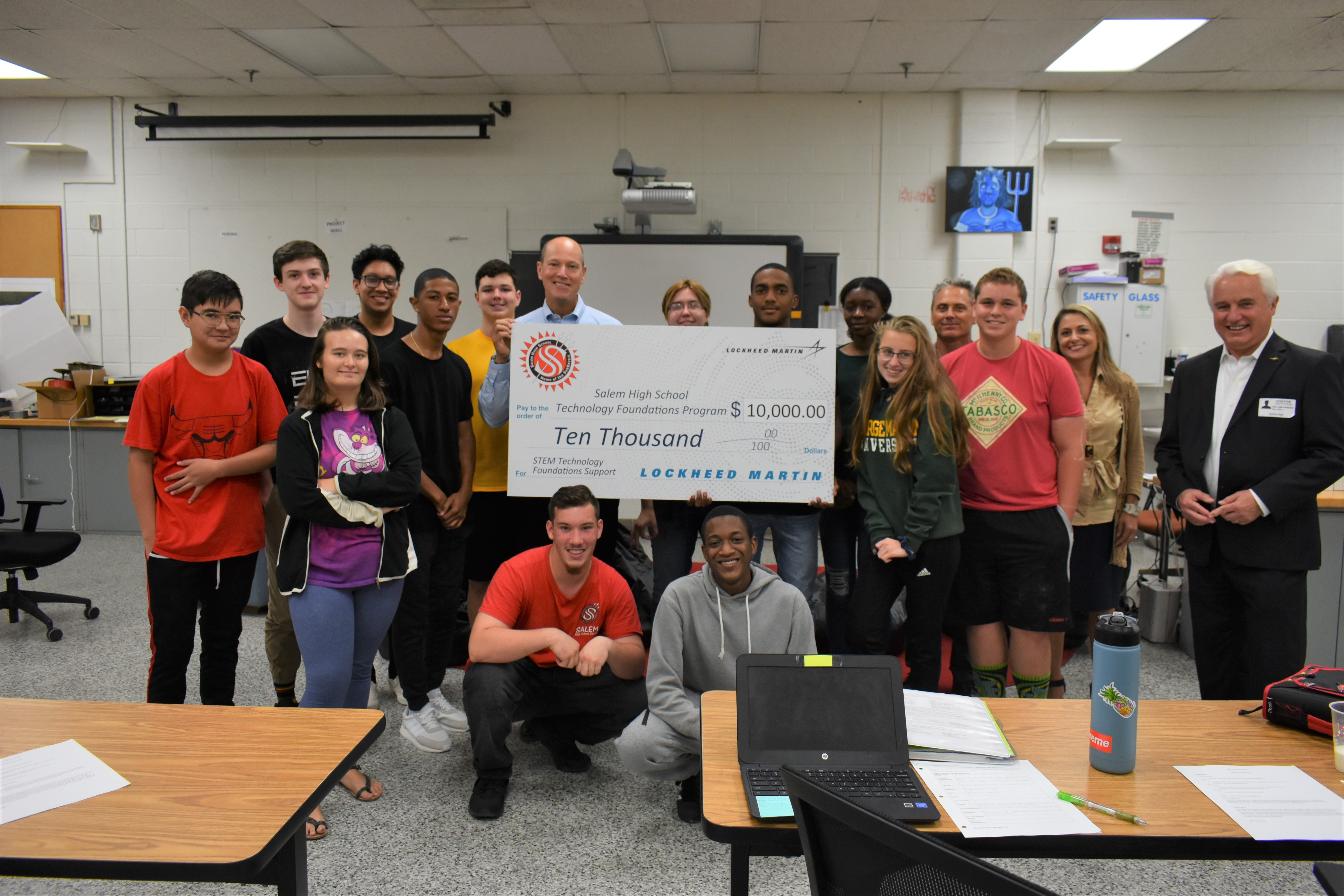 That assistance was granted in the form of a $10,000 check presented to Principal Leeane Turnbull-Pallette for the school. The money will be used to purchase a laser cutter, a 3D printer and supplies.

“The class participates in a program called ‘Explore, Design, Create and Publish,’” explained Turnbull-Pallette. “Basically, students explore an idea, then research and develop a design, create a product, then make it available to the community.” This is the second year for the program, which has been incorporated into English and art as well as other science, technology, engineering and math (STEM)-related classes at the school.

Lockheed Martin has given similar grants to Virginia Beach City Public Schools in the past, but this marked the largest contribution so far.

“A program like this is so important to us,” said Kint to the students. “With over 100,000 employees at Lockheed Martin, most of whom are engineers and scientists, maybe one day some of you will work for us.”