It was Thursday afternoon, and school had just ended for the day at Green Run High School. Yet, the band room was buzzing with activity. But the noise generated from the room was not the string orchestra rehearsing for the upcoming graduation ceremony.

“Which one is mine?”

Laughter and lively conversation filled the room as 15 students used handheld devices to guide small round balls across the floor.

“This is a lot of fun,” said James Giangregorio, teen services librarian with the Virginia Beach Public Library (VBPL). “This is a weekly code club here at Green Run High School based around learning how to code robots called Spheros.” 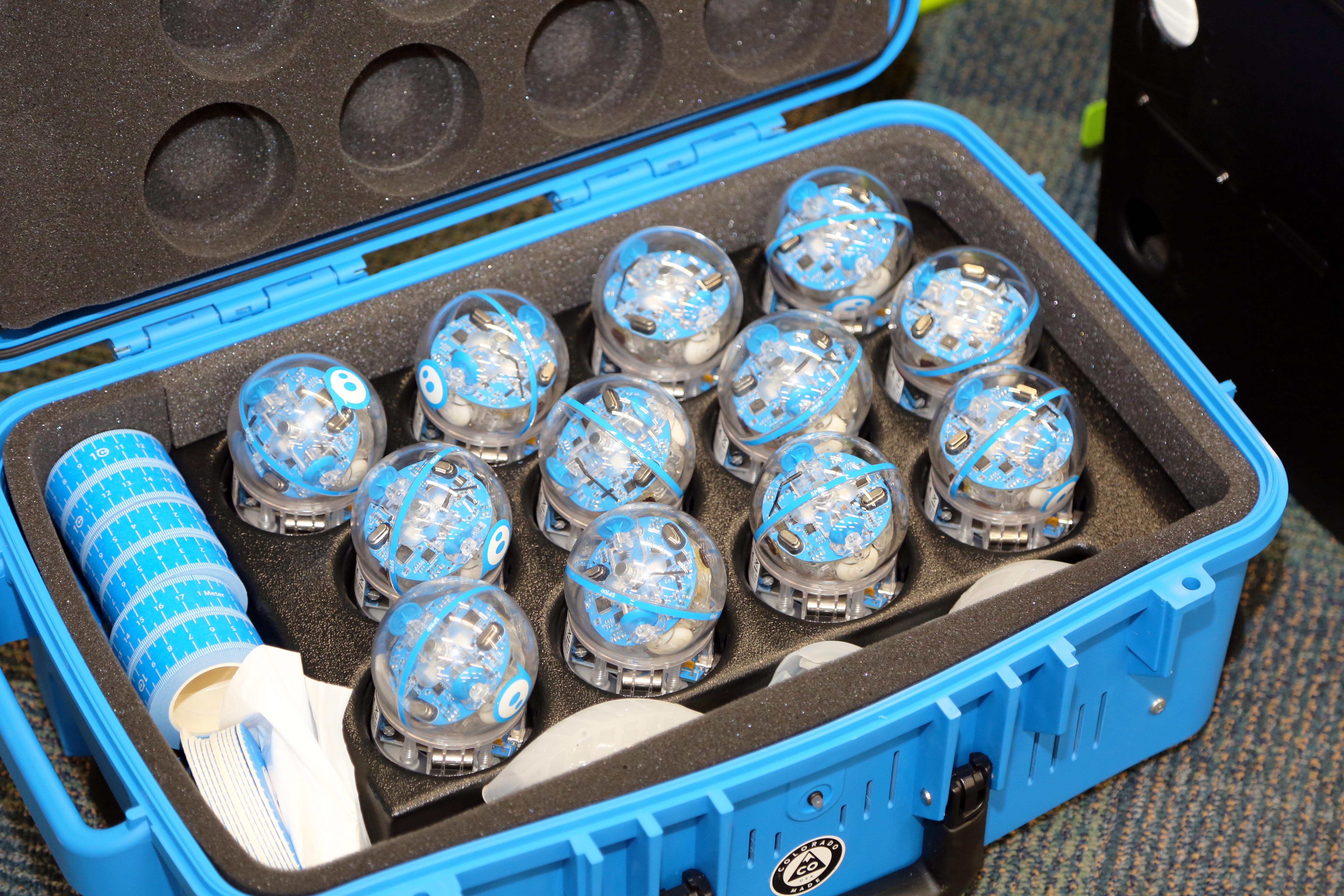 A Sphero is both a ball and a robot with a tough outer shell. It’s clear so that people can see the components in side but also can be programmed to cast different colors. The Sphero Code Club members control the movements and behaviors of the robots through small handheld tablets or cell phones. The simple little robot is the size of a tennis ball but has become a large tool at Green Run.

“What we’ve been finding with our library programs is that we are trying to open it up to more creation rather than consumption,” said Michelle Jacobs, the school library media specialist. “So that the students are not only consuming our materials, which is great, but they are looking for ways that they can create things.” 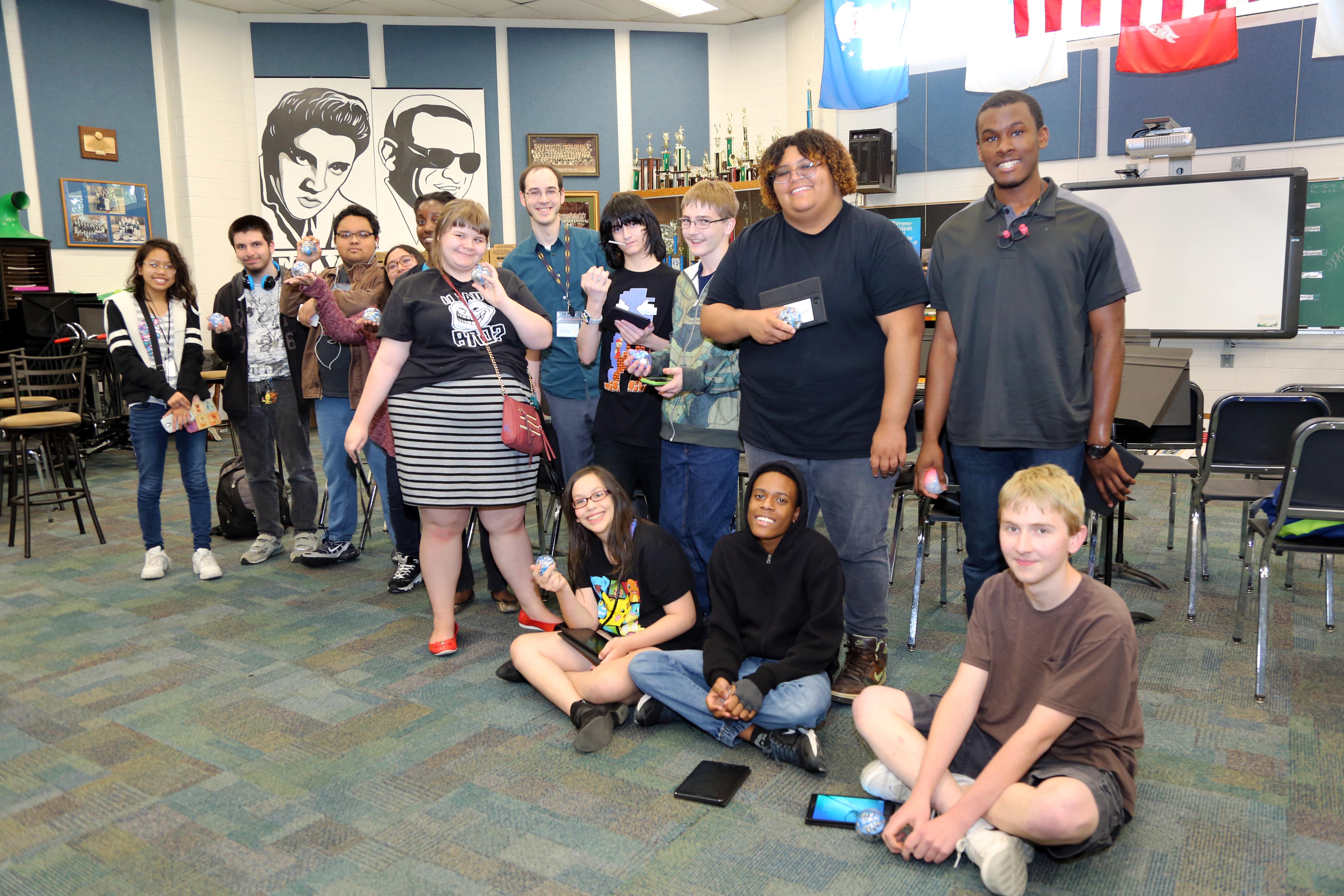 The Sphero Code Club is the result of a $5,000 Best Buy Community Foundation Grant which provided funds for the tablets. The Friends of the Virginia Beach Library provided funding for the robots. 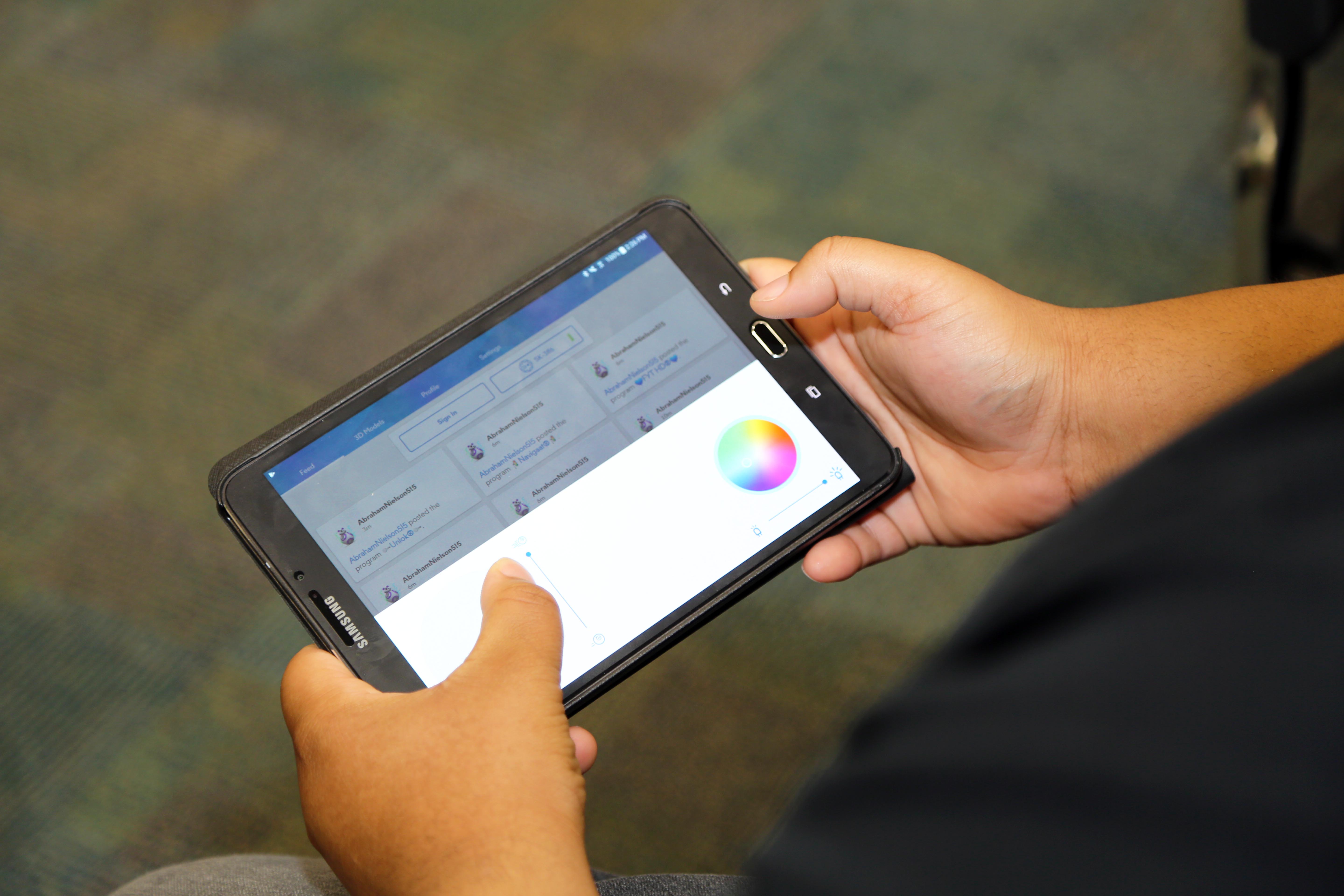 “We picked Green Run because we worked closely with the school the year before,” Giangregorio explained. “We came out a couple of times to help with some programming. We wanted a school where we could reach out to teens who could use that extra access to technology.”

For ninth-grade student Sebastian, the club is a kick-start to future ambitions.

“This works for me because I actually want to become a game maker when I get older and this group is definitely helping me with that. I just really like the group and I think it is a lot of fun because of all of the activities that we do. 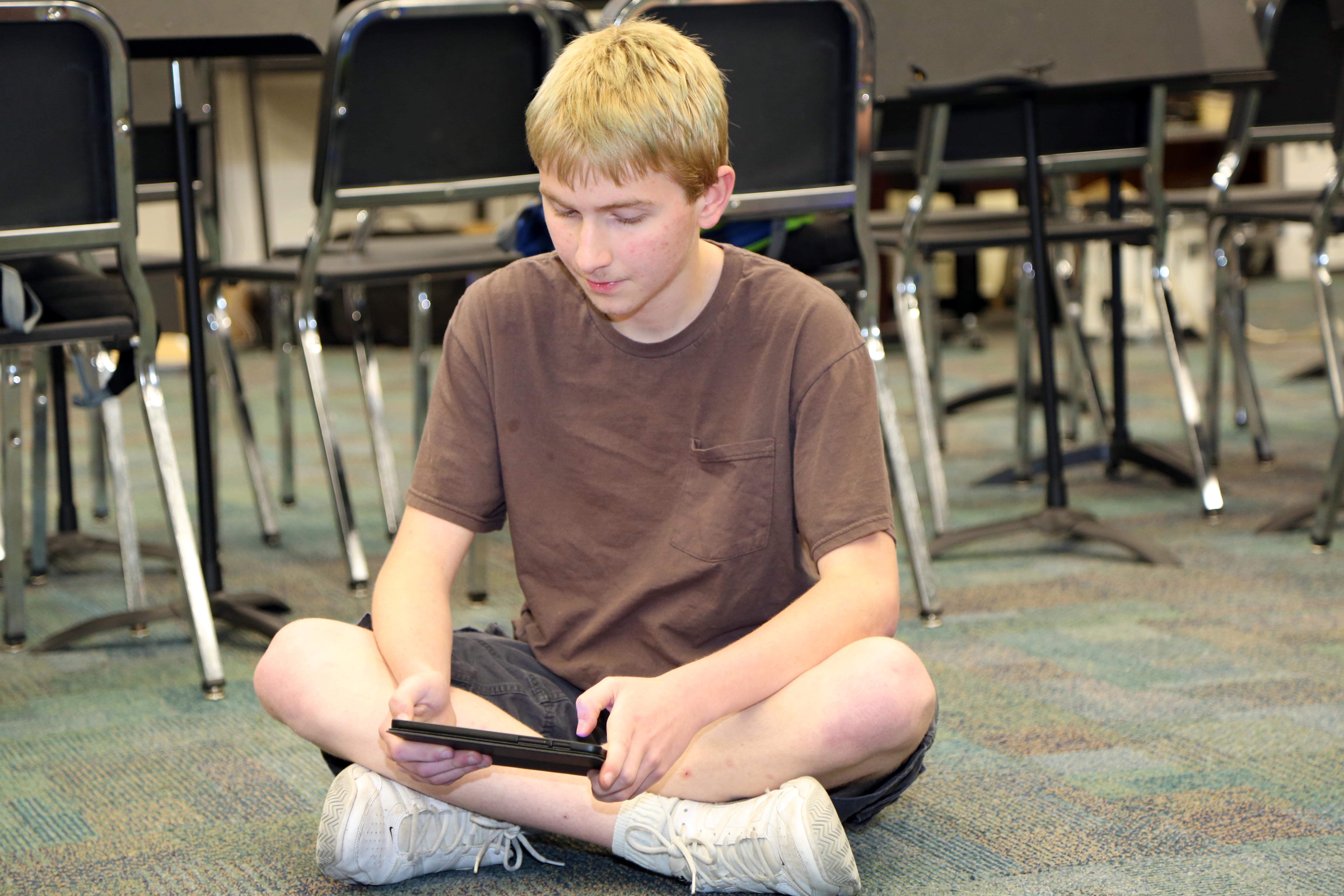 The club meets every Thursday for two hours. The VBPL staff has developed a curriculum that provides a different activity for each meeting. Allison, a senior at Green Run, shared this day’s task.

“We are going to design and lay out an obstacle course. We will tape off lanes and use traffic signs and other obstacles to make it more challenging to navigate the robots through the course.”

To club member Alley, running an obstacle course was a long way from where the club began.

“The first time I actually got the robot to do what I wanted it to do, I shouted yes, finally. It’s about time. I kept running into a chair at first.”

Giangregorio says it’s important that the students don’t give up. 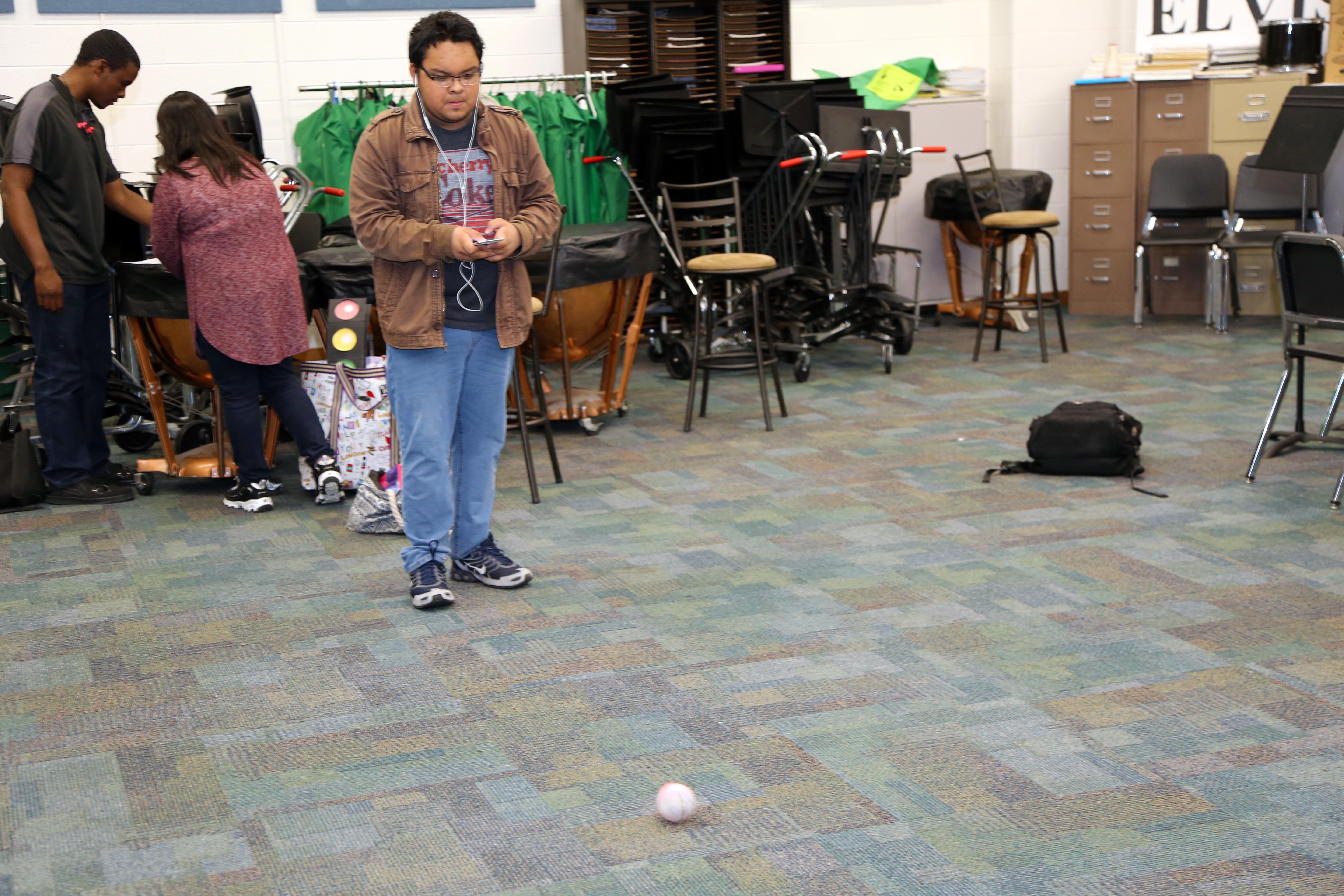 “One of the big things I hope they take away from this is the resilience from trying. It’s about coding. Coding is great but it can be difficult with much trial and error and we hope that through the program we have given them the chance to learn resiliency, the chance from trying and see that even if it doesn’t work the first time or the fifth time that they eventually can get it.”

Designed by VBPL teen and technology staff members, the Sphero Code Club’s goal is to demystify computer science for teens and to spark interest in coding and robotics as hobbies and career paths. This spring the program received an award from the Virginia Public Library Directors Association for Most Innovative Outreach. There are plans to expand the program beyond Green Run to three middle schools next school year. 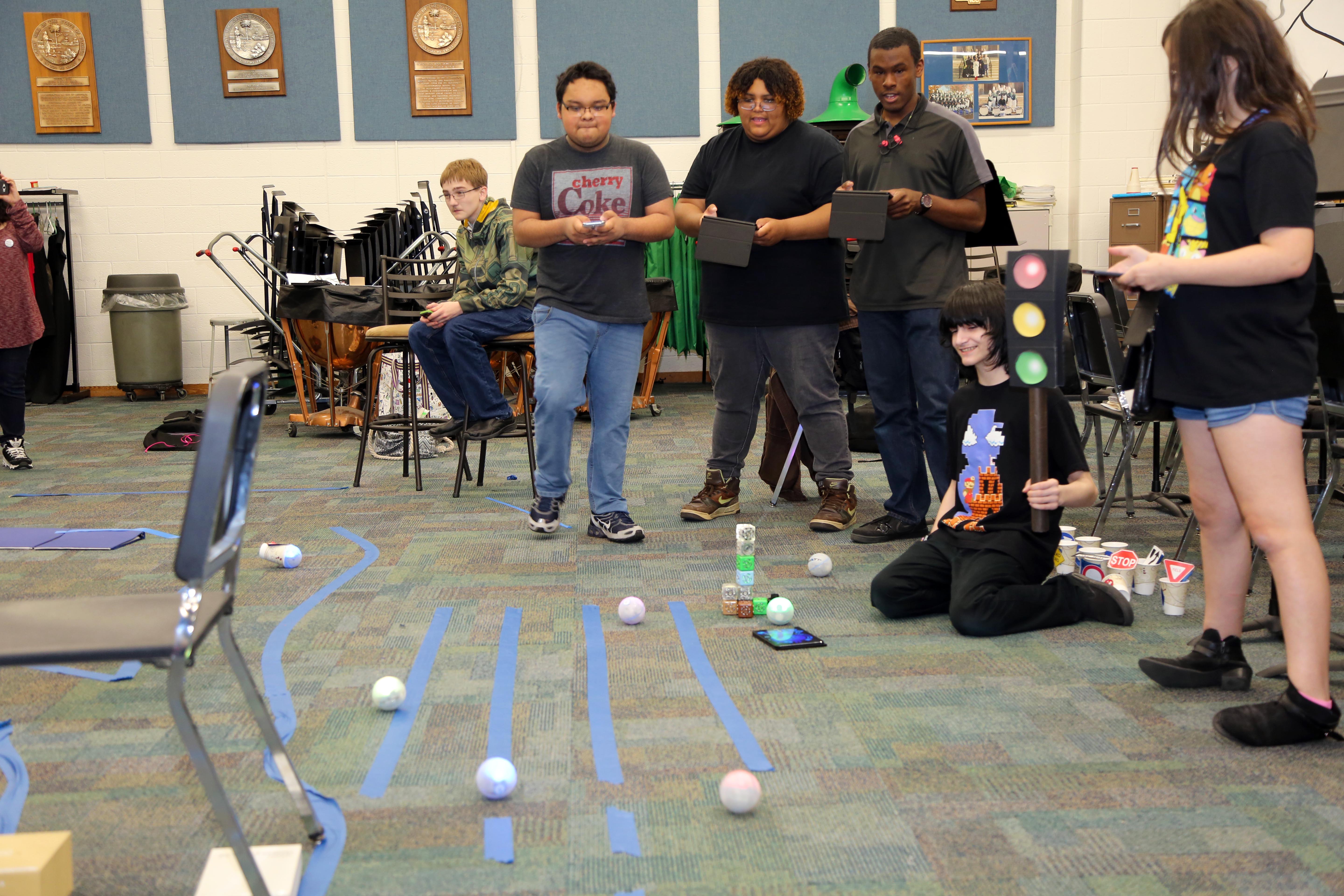 “I hope that they take away an interest in computer science, an interest in robotics and really that this is possible and certainly not out of the reach of anybody,” Giangregorio explained. “We started with some teens who were a little intimidated with technology, they had not seen it before, but the access was very easy to get into due to the type of code that we use, so I really hope that they take away that this is something that they can do.”