Princess Anne High School sophomore Jackson Kubin was one of 61 students nationwide who earned a perfect score on the level I exam of Le Grand Concurs, a national French contest sponsored by the American Association of Teachers of French (AATF). 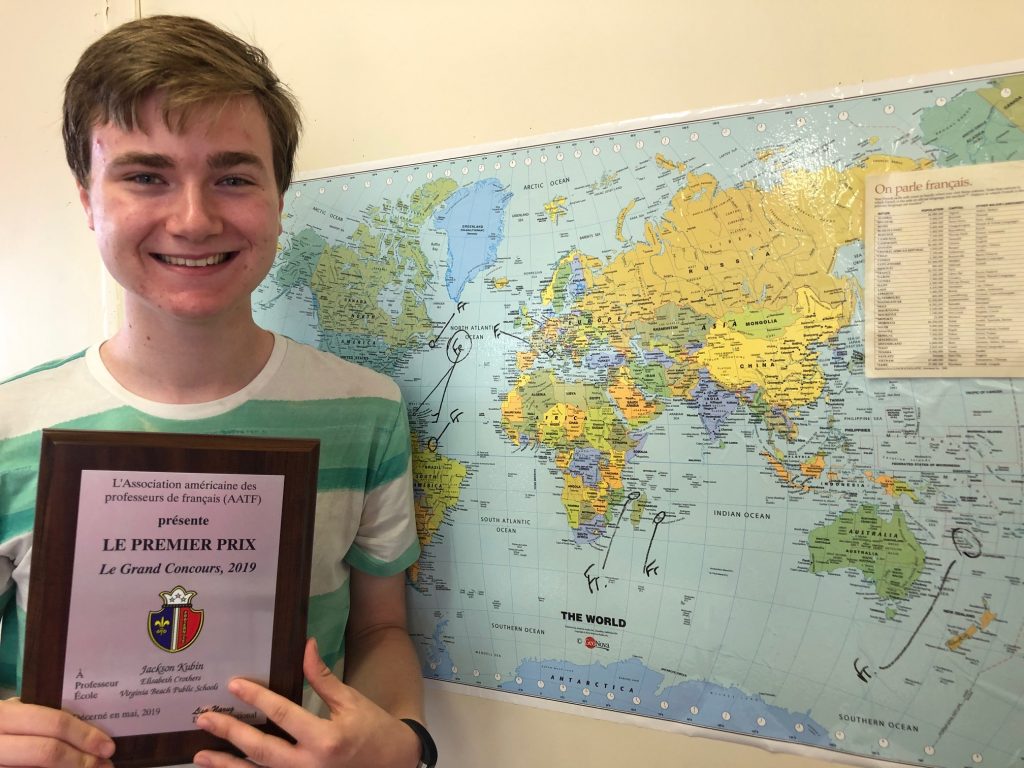 What’s even more astounding is that this was his first year taking French.

“I’m definitely more comfortable than when I started,” said Kubin, who wanted to try a new language after studying Latin for five years, beginning in middle school.

“Latin helps a lot – especially with conjugations. Sometimes the words look the same, so it helps me navigate reading.”

The 70-question exam, which this year was taken at various levels by more than 72,000 students across America, tests listening and oral comprehension skills. Part of the exam is multiple choice and another section requires test-takers to listen to a sentence and choose a picture that best represents what is being conveyed.

His teacher, Elisabeth Crothers, who teaches six different levels of French at Princess Anne, emphasized that the test is not about knowing everything, but rather about gauging progress in comprehension.

Even though he earned a perfect score, which the AATF refers to as being ranked first nationally, he realizes that there is yet a lot to learn – like engaging in conversation.

“Speaking and listening are a little more difficult than reading and writing,” he added. “It just takes a lot of practice to perfect it.

But Kubin, who hopes to pursue a career involving linguistics, does offer some advice for those interested in learning a new language.

“Sign up for a class, or listen to music,” Kubin suggested. “There is a whole world of music in another language and if you don’t understand the lyrics, then you can Google them and sometimes looking at the words can help you begin to follow the song. The more you listen, the more you understand.”

That sounds like good advice for learning any type of new skill.