The Feb. 20 bus ride was a little different for Ocean Lakes High School (OLHS) junior Josh Minter.
His friend texted him to let him know that the ACT scores were posted. Minter immediately went online to discover he had achieved the highest possible composite score of 36 on the ACT, one of the nation’s most-recognized college admissions exams.

“I was just really excited. It was one of those things that you’re not going to have the opportunity to have that moment,” Minter humbly recalled. “It was just a cool thing culminating all of the time I had spent preparing for it.” 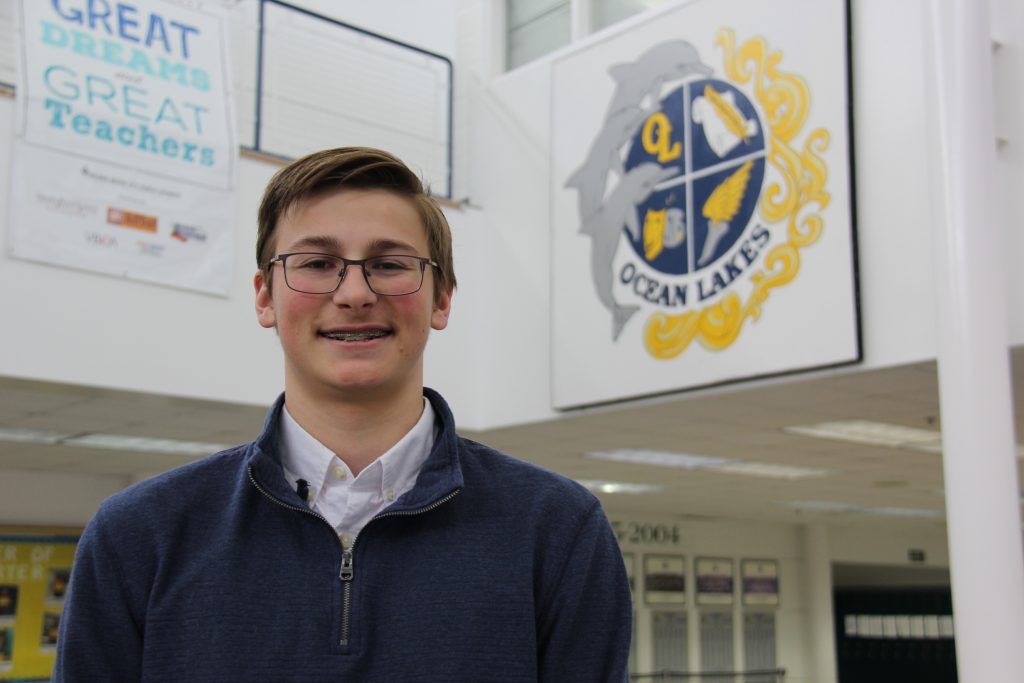 When asked if the news prompted him to jump up and down with excitement, he simply said, “No. I called my dad and that was cool. He was the first person to know.”

“I was in the parking lot here and someone else who took it with me asked me ‘what’s your score’ so I checked and it was 36,” he recalled. “I was excited. I really didn’t jump up and down, I was kind of excited inside.” Siraj immediately texted his family.

“They were really excited. My sister was texting in all caps and my parents came home and said ‘what do you want to eat for dinner – you get to choose.’” 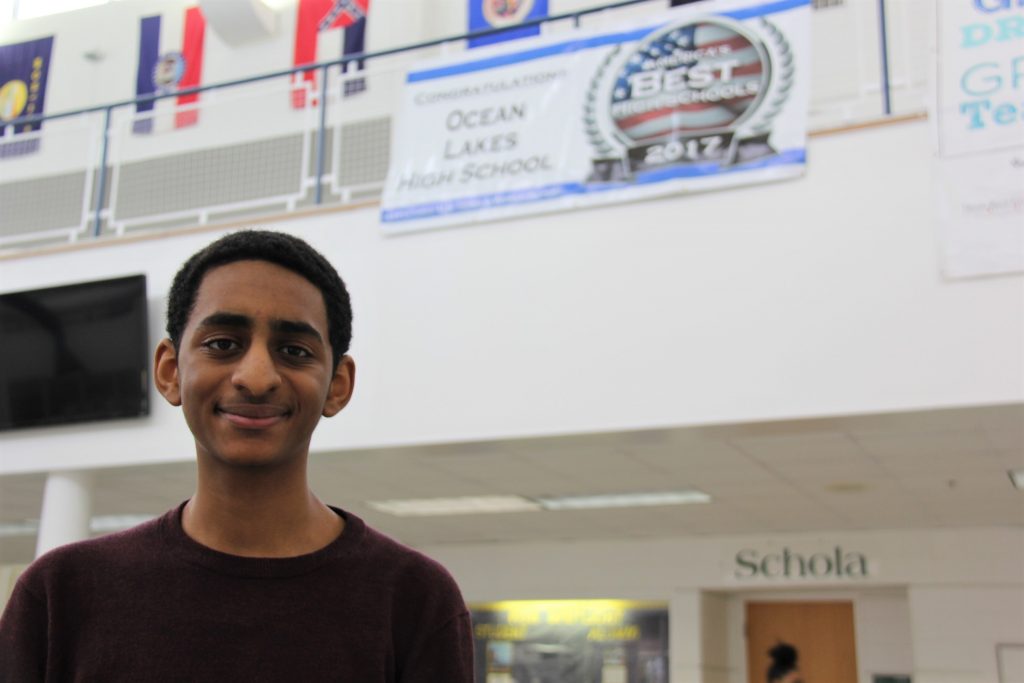 Both Minter and Siraj are in their school’s Math and Science Academy and very involved in activities.

Minter is in the school’s math honor society, Nu Alpha Theta; on the tennis team; a member of the school’s recently-formed Stocks Club; and treasurer of the school’s Programming Club, which competes in engineering or computer science competitions throughout the East Coast. As far as college plans, he hopes to pursue a major in the math or science fields.

Meanwhile, Siraj is president of Junior Classical League and Latin Honor Society; also on Nu Alpha Theta; a member of the Hampton Roads Chess Club; and a part of the OLHS Scholastic Bowl team, which this year finished in fourth place at state competition. In addition to earning a perfect ACT score, he also ranked in the top 5 percent of the American Invitational Mathematics Exam sponsored by the Mathematical Association of America. He, too, plans on pursuing a career in math or science.

Both Minter and Siraj said that they are happy with their scores and do not plan to take the exam.
Minter did, however, offer a suggestion for fellow ACT test-takers.

“I think the best advice would be to know how long you need to spend on each section. Be able to understand that you need to pace yourself because it’s a fast test. And if you can do that and know that it’s going to be a fast test, then you will be better prepared mentally.”

With their scores, OLHS this year now has three students who have perfect scores on the ACT and another who achieved the top result on the SAT. And they are not the first. In 2016, another OLHS student also achieved a perfect score on the ACT.