Don’t challenge Nathan Mack to a Microsoft Word contest because he will likely win.

Over the summer, this Kempsville High School senior was crowned the word processing champion in the Future Business Leaders of America (FBLA) national competition. 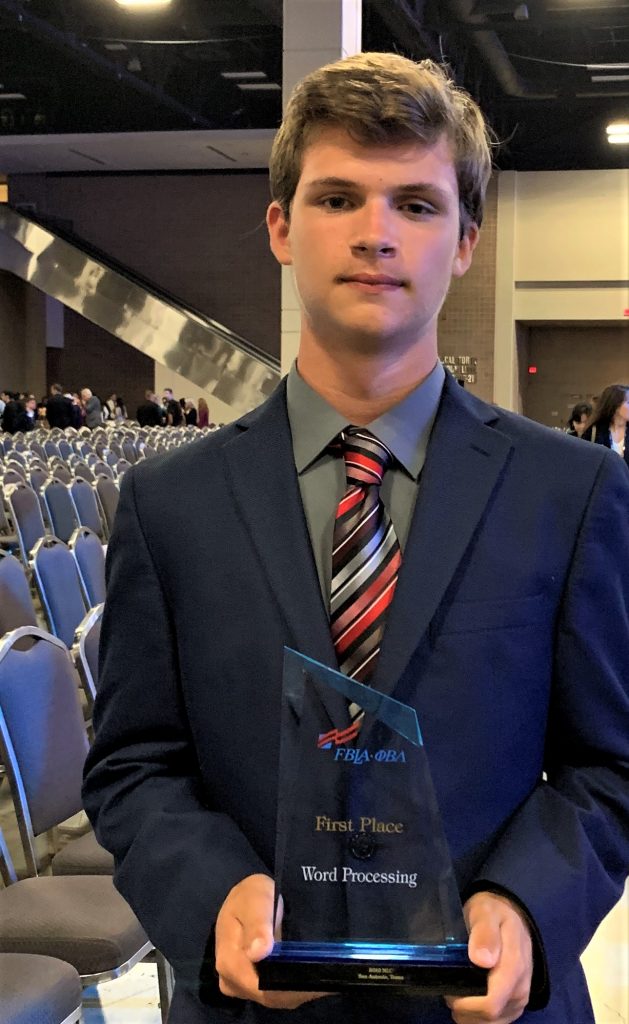 And, this is not his first victory.

Mack’s history of winning started while he was a sophomore in Kempsville’s Entrepreneur and Business Academy. He earned a perfect score the first time he took the Microsoft Word certification. That prompted him to compete in the state’s Microsoft Office Specialist state competition, and he won first place.

“I’ve used computers since elementary school and took two keyboarding classes in middle school so I’m sure that helped a lot, too,” according to Mack. “That, plus all of the academy classes. I’m in the business information technology strand and we are always on computers.”

As a student in the Advanced Technology Center this past spring, he joined their FBLA club and noticed a category in the state competition for word processing. He won that contest, and this summer he competed at nationals in San Antonio, Texas, and won first place.

“I was definitely surprised,” Mack recalls. “I didn’t think that with all of the people there that I stood a chance to get first place. It was really exciting.”

To win, Mack had to format seven business letters and memos correctly in Microsoft Word in one hour, a challenge which state winners across the country completed at their respective schools. Then, at nationals, competitors took a 100-question, multiple-choice test about various aspects of using Microsoft Word.

Mack, who is also certified in PowerPoint, Excel and other Microsoft software, is keeping his options open about a future career, but acknowledges his choice might be in computer science.

“Society is transforming into all technological things and I see typing, formatting documents and these skills I am learning as necessary in computer science.”

Will he compete in this year’s FBLA competition?

“I don’t think I can compete in the same category. I may try for computer programming next time.”