“Be a Gift to the World,” was the message printed on the small flag hanging from the stage podium.

One by one, guest speakers and award recipients at the Virginia Beach Rotary Club (VBRC) Annual Scholars Recognition Dinner shared what they consider to be gifts in their respective worlds.

For keynote speaker Dr. Deepak Talreja, a 1990 Cox High School graduate, returning home to Virginia Beach to raise his family and serve the community as a cardiologist has been a gift.

“It really is very humbling to think of what this community does to support us and what we owe back to the community,” said Talreja who also noted it has been an honor to provide care to many of his former school teachers. 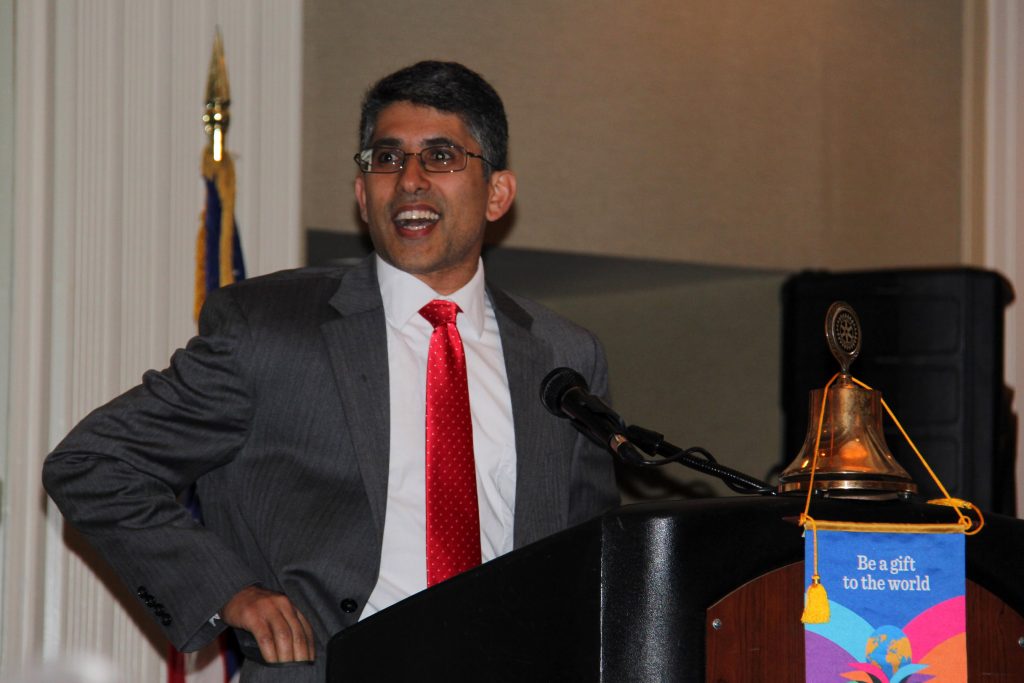 Talreja was the first Brickell Scholar named by the VBRC 26 years ago. The scholarship was established to recognize Dr. Edward E. Brickell’s service as superintendent of Virginia Beach City Public Schools for nearly two decades.

“To this day, after what I’ve achieved up until now, that’s still one of the greatest honors I’ve received in my life,” reflected Talreja of the recognition his senior year.

Brickell passed away in June 2015, and Talreja shared that he was on the team of physicians that took care of Brickell in the last years of his life.

“I really got to know him during his hospital stays and he was truly and amazing man. Each of you owes it to yourself to see what he’s done and what he’s made possible for all of us in this area,” Talreja implored the student scholars in the audience.

He said he is amazed that his two children at Kemps Landing/Old Donation School will be attending a school program next year named in Brickell’s honor. 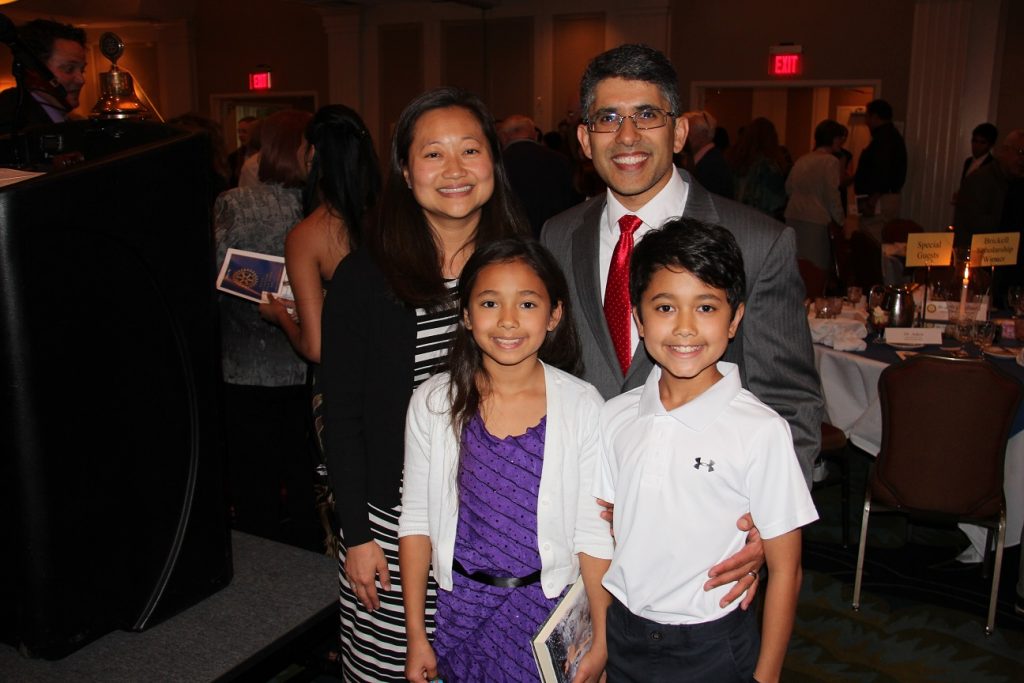 “It’s interesting, the world is a very small place no matter how far you go,” said Talreja. “Everything repeats itself, so learn from all those around you.”

The 2016 Brickell Scholar winner, Bradley Hilliard, encouraged guests to “Find Your Why.”

“We all have one. But being aware of it is key to success,” said Hilliard. “It’s a question we must all wrestle with on our own. What is important in your life? What is your purpose? And how does that effect everything you do?”

The Ocean Lakes High School senior described the mantra used by his cross country and track teams this year as more than a sports slogan, but rather, “an approach to life.” 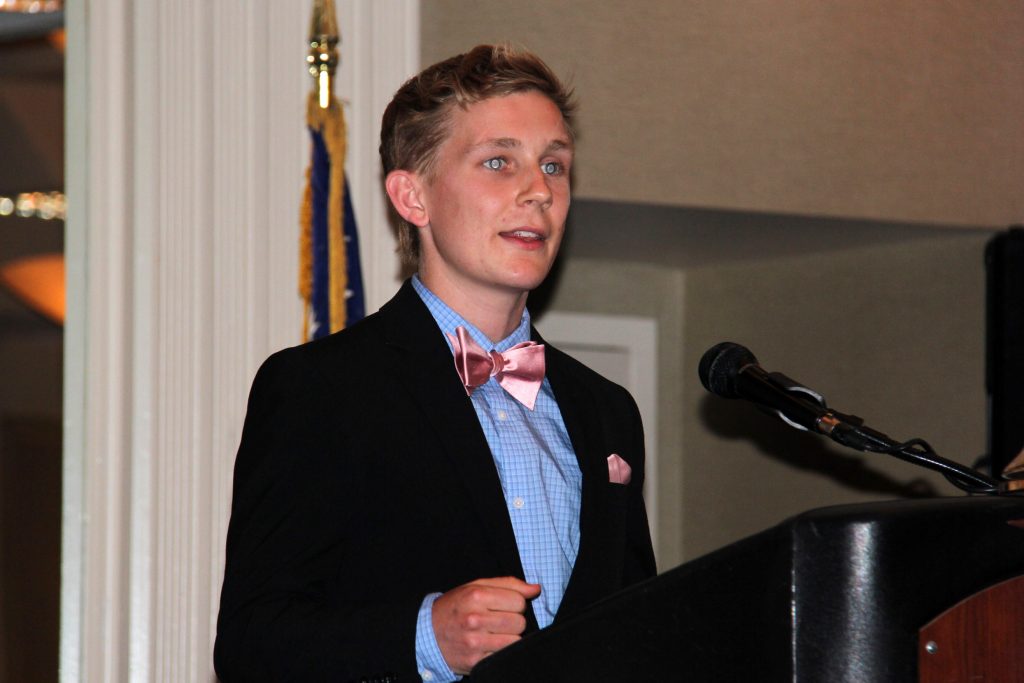 “You must have a motivation greater than the task at hand or you will never achieve your goals. The stronger your ‘why,’ the greater the ‘what.’ With a strong ‘why’ you can do things and get through things that you would have never thought possible,” he added.

Hilliard never thought he would have a brain tumor followed by surgery, radiation treatments and year of chemotherapy. He shared how his “why” changed drastically in eighth grade.

“It took my experience with cancer to shock me into the realization that a self-centered ‘why’ was not strong enough,” Hilliard shared. “I sought after popularity, strength, athletic ability – that was not enough. Even the desire for academic success was not enough. I had to recognize what I already had and focus on how that could be used for something greater to serve others.”

Like fellow Brickell Scholar Talreja, Hilliard plans to serve others as a physician.

“The world of pediatric cancer has opened my eyes to the good that education can do. Medical advances played a major role in saving my life,” said Hilliard. “It took my neurosurgeon thousands of hours, years of schooling, and a commitment to his profession to acquire the skills needed to save my life. I know that I have been given the ability to have a similar impact on the world of pediatric surgery and I plan to do so. I plan to attend medical school and eventually serve impoverished communities on medical mission trips.” 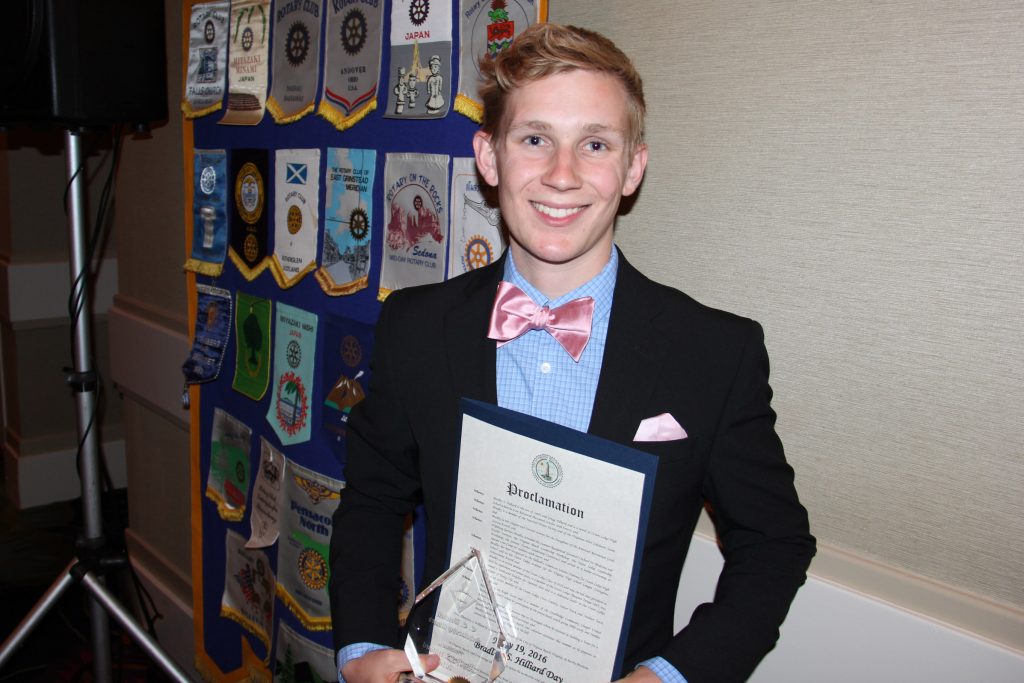 The VBRC’s “why” of being of service to the community is one Hilliard said he respects. “They have found meaning in something greater than themselves,” he said. 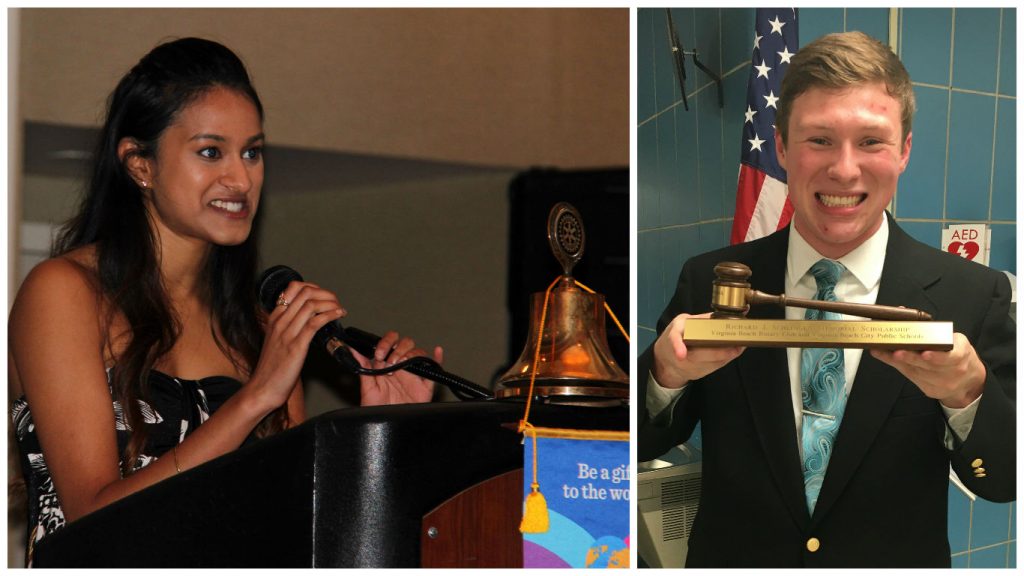 The 23 high school juniors will participate in a seminar series as seniors and one will be selected as the 2017 Brickell Scholarship winner next spring.

The Brickell Scholars from each high school are:

“You all have done amazing things to be here. Your generation is lightyears ahead of where my generation was when we were sitting at the table,” said the first Brickell Scholar Talreja. “Every generation is standing on the shoulders of the generations before them. What you have accomplished and will be asked to accomplish is going to be far in excess of what we achieved here.”