Marquis Thomas thought he was going to New York with his grandmother, Dawn Boyer, for a mentoring program related to Martin Luther King, Jr. Day.

Sitting on the set of the television show “Good Morning America,” the First Colonial High School sophomore thought something was amiss but he still did not make the connection to the Disney Dreamers Academy application Boyer convinced him to submit early in the fall.

“When I got there, it didn’t make any sense. I’m sitting there on ‘Good Morning America’ for a Martin Luther King, Jr. event when, if it was centered about Martin Luther King, it would have been more about him,” reflected Thomas four days after the Jan. 15 surprise.

“Everybody who saw it on TV kept asking me, ‘Why weren’t you smiling? Why weren’t you engaged?’ Because I was just trying to figure out what was going on. Even when the Disney people came out, I still didn’t know what I was there for,” he said. 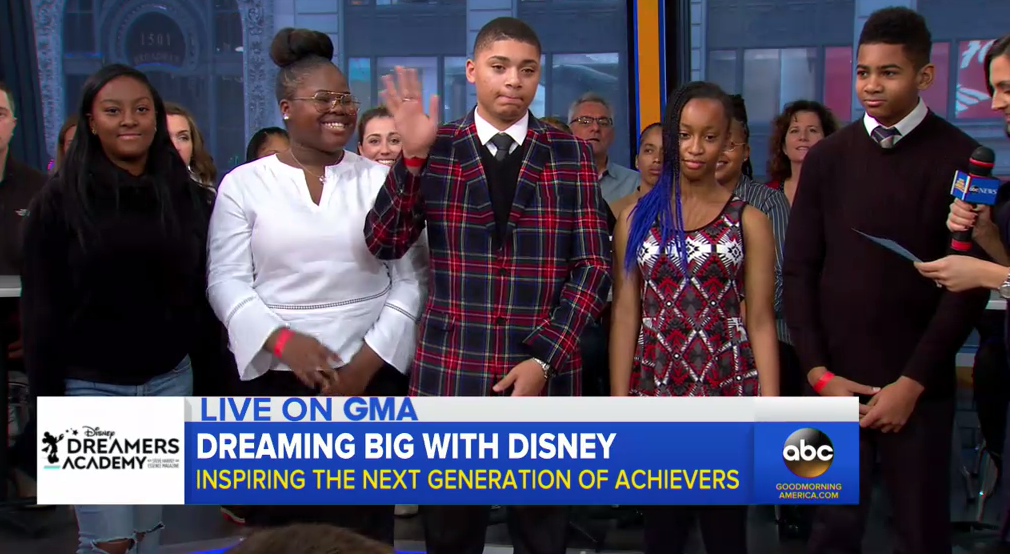 When it did become clear to Thomas, he learned he was one of 100 students selected from thousands of applicants nationwide to participate in the 2018 Disney Dreamers Academy, which is supported by entertainer Steve Harvey and ESSENCE Magazine. The Legal Studies Academy student was one of five Dreamers to learn of his acceptance live on national television and is one of seven students accepted from Virginia.

According to the Disney Dreamers Academy website, applicants must be between the ages of 13-19, enrolled in high school grades 9-12 and “have a winning combination of attributes that reflect strong character, positive attitude and persistence to take advantage of opportunities.” The website also indicates applicants should be “intellectually curious, compassionate, courageous, and a leader” as well as have “dreams about their future, a positive approach to life, be grateful and humble and take advantage of resources.”

Thomas determined the odds would not be in his favor when his grandmother asked him to apply to the Disney Dreamers Academy two years ago.

“I did the math and – I forget the numbers – but I figured, this is my percentage of being accepted out of a thousand kids. I said, I just don’t want to do it. It will be a waste of my time and a waste of my efforts to be denied, so I didn’t do it.”

Thomas’ grandmother must also display the Disney Dreamer attribute of “persistence to take advantage of opportunities” because she didn’t give up on her dream for her grandson.

“This year she asked me again,” said Thomas. “I did it to make her happy. I had no intention of being accepted.”

Despite his admitted half-hearted approach to the application process, Thomas is excited about the academy to be held March 8-11 at Walt Disney World Resort in Orlando, Florida. The immersive four-day program does include opportunities to explore the theme park and interact with celebrities but it emphasizes career options, career readiness and pursuing one’s dreams.

“Now I’m glad I applied. I feel like it’s going to help me pursue my career and possibly even change what I want to do,” said Thomas. “When I go down there and see what they have and what my career options could possibly be, it may change.” 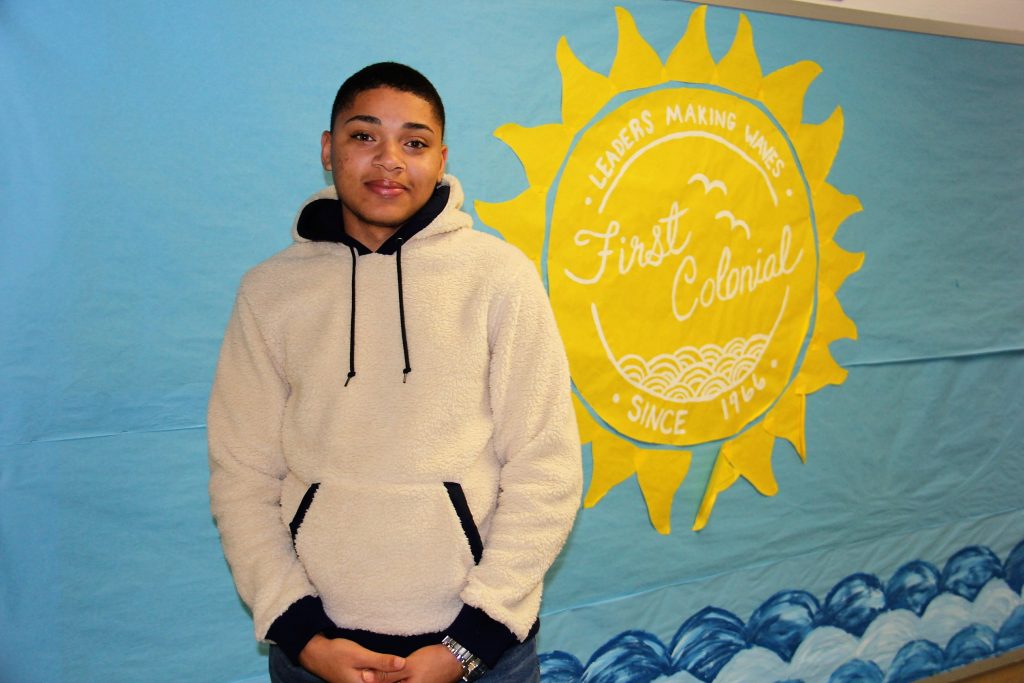 While he is keeping an open mind about new career opportunities, Thomas does sound resolute when talking about using his experiences in the Legal Studies Academy to work in law enforcement.

“Even though being a cop doesn’t reward you a lot financially and you don’t always get the respect, it’s still something that I want to do,” he said. “I had an uncle who was killed five years ago by one of his friends. I just want to be a cop to get people like that off the streets and to prevent families from going through such hurt. I know how it feels to lose someone very close to you. If I can get criminals off the street and put them behind bars, I will feel very happy and I will feel like I’m doing justice and doing the right thing.”

Thomas also refers to a grandfather who is a correctional officer as another inspiration for the career choice.

The positive influence of his grandparents has shaped Thomas’ life in many ways and was the focus of one of his essays for the Disney Dreamers Academy application.

“One question they asked was: If you had to put together a life story, what would it be? I always tell people, life is like teabags. God sometimes takes you through hot water so that He can show you what you’re capable of. So, what I put in my story was many years ago I lived in Philadelphia. To make long story short, I was homeless; we lived in a shelter,” said Thomas, adding that he found a permanent home with his grandparents.

“And I thank God for that. Now I can look back and say, I’m blessed because I wake up and I have many options. My story is: I’m blessed and highly favored because I came from nothing and now I have more than I could ever imagine.”

What does Thomas say to his grandmother now for encouraging him to apply and getting him to New York for the surprise announcement?

“Thank you very much,” he replied.

“It was a wonderful, wonderful time in [New York], and I’m just very blessed,” he added. “I’m sure that the workshops they have and everything they do to help you pursue your career will really benefit me.”

To learn more about the Disney Dreamers Academy and view a complete list of the academy’s Class of 2018, visit www.disneydreamersacademy.com. To view Thomas on Good Morning America, visit abcnews.go.com.